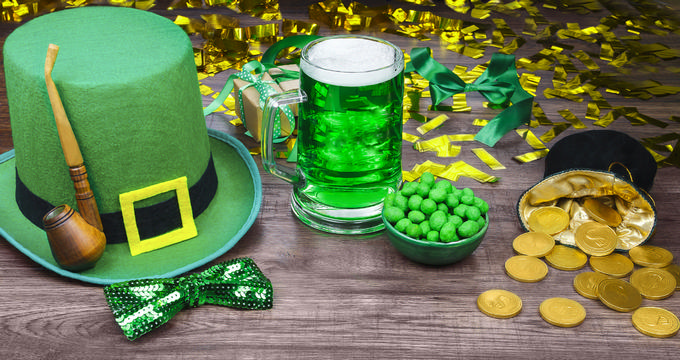 
1.March Holidays and Events in the United States 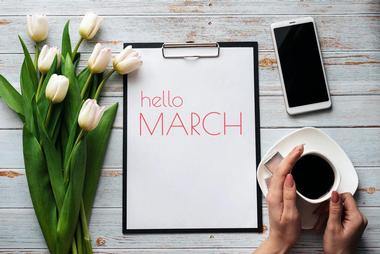 March is one of the best months of the year to be in the USA. The cold frosts of winter have faded away and the beautiful blossoms of springtime start to come out. It's a time of year for new life and the first signs of warm weather for many US states. It's also a perfect time for holidays and celebrations, with students in particular enjoying their 'spring break' vacations. Here’s some important information about the holidays and events to enjoy in March.

Mardi Gras, which means ‘Fat Tuesday’ in French and is also sometimes known as ‘Shrove Tuesday’ can occur in both February or March depending on the calendar of the year. This can be a very popular March holiday in the United States and is often associated with parties, parades, dressing up, and good food. Mardi Gras has its roots in Christianity and is linked with the Epiphany and Easter, but has changed over the years to become a cultural festival with only vague links to religion in most cases.

As a French-named festival, Mardi Gras tends to be most commonly and fervently celebrated in the historically French regions of the United States, like Louisiana. The city of New Orleans is well known for its Mardi Gras festivities, with many people dressing up in colorful costumes based on all sorts of imaginary creatures and folk tales and taking to the streets to dance, sing, and celebrate. The whole city comes alive for this special March holiday and many people flock to New Orleans and surrounding areas to enjoy Mardi Gras in person.

Easter often falls in April as well but can occur in March due to the floating nature of its date. One of the key dates on the Christian calendar, Easter traditionally celebrates the resurrection of Jesus Christ after his crucifixion. Easter also symbolizes the end of the 40-day period of Lent, during which Christians are encouraged to fast. The date of Easter changes each year and it usually occurs on the first Sunday after the ecclesiastical full moon after March 21. Easter has a lot of links to the Jewish holiday of Passover, but, like Mardi Gras, has grown and changed over the years to take on new meanings and become less traditionally religious.

Many people view Easter as a way to simply celebrate the arrival of spring and new life, which is where things like Easter eggs and the Easter Bunny come from. Children and adults alike can go on Easter egg hunts or give chocolate eggs as gifts to each other, and images of the Easter Bunny and other young animals like chicks are commonly associated with this holiday. People who prefer to follow the traditional, religious symbolism of Easter meanwhile will prefer to attend church services and Christian festivals.

Despite being one of the national holidays of Ireland, Saint Patrick's Day, also known as the Feast of Saint Patrick, is very popular in the United States. This is because plenty of Americans have Irish heritage. The history of this special event goes back to the 17th century, when it was officially made a Christian feast day. Like many other traditionally religious holidays, St. Patrick's Day has taken a more cultural, commercial tone over the years and is generally used in the US as a reason to celebrate famously Irish things like dressing in the color green, dancing, singing, and drinking beer.

One of the most famous parts of the St. Patrick's Day celebrations in the US occurs in the city of Chicago, Illinois, where the famous Chicago River is dyed green. Other water sources and attractions around the US are also dyed green on this special day, including one of the fountains at the White House. Parades are also held in various cities around the US including New York City, Boston, New Orleans, Chicago, Cleveland, and others. St. Patrick's Day is also a very popular time for people to indulge, with billions of dollars being spent on this day each and every year.


March Holidays and Events in the United States

25 Best Places to Visit in Washington, DC on a Date