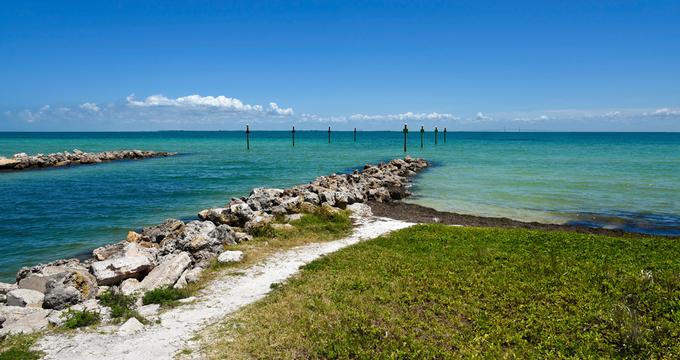 Tampa, like most of Florida, is very hot and humid during the summer months; this is also the time when schools have their breaks, so Tampa can be both crowded and unpleasantly hot during the summer. The hurricane season extends from late summer through early fall. Many people visit Tampa between January and April to escape the cold weather at home. This again means crowds and high room rates. The best time to visit Tampa is between September and December. At this time the weather is pleasant and nearly vacant hotels offer their lowest room rates of the year. CDC information for travelers. Hours/availability may have changed. 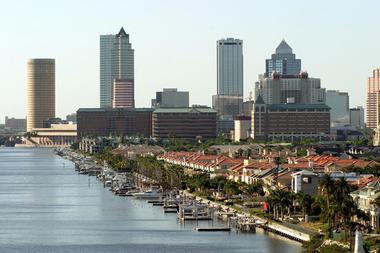 Tampa Weather in March: With the arrival of spring in March, the average high and average low temperatures increase a few degrees more, ranging between 76°F (25°C) and 58°F (15°C). The spring rains bring a precipitation rate of 3 inches (77 mm).

In April, the precipitation rate averages drop to 2 inches (52 mm). However, the average high and average low temperatures continue to rise and measure at 81°F (27°C) and 63°F (17°C) respectively.

May brings even warmer temperatures to Tampa as the average high temperature climbs to 87°F (31°C). The low temperature average is 70°F (21°C).

Tampa Weather in June: Summer arrives in June and things continue to heat up as the average high temperature climbs to a boiling 90°F (32°C). The average low temperature also makes a jump to 75°F (24°C).

July is one of two of the hottest months in Tampa with an average high temperature of 90°F (32°C), and an average low of 76°F (24°C). Despite the heat, Tampa receives quite a bit of rainfall this month with an average precipitation of 7 inches (180 mm).

In August, the precipitation climbs to the highest in the year, 8 inches (197 mm). Both average high and average low temperatures remain the same, tying with July as the hottest month of the year.

September signals that coming of fall as the average high temperature drops one degree to 89°F (32°C). The average low temperature decreases by 2 degrees to 74°F (24°C).

Tampa Weather in October: The weather continues its downward trend in October. The average high temperature goes down to 84°F (29°C), while the average low temperature drops to 68°F (20°C).

November has the lowest precipitation rate of the year with an average of 2 inches (39 mm) to be expected. The average low temperature drops below the 80’s to 78°F (26°C). The low temperature average decreases to 60°F (16°C).

The best time to visit Florida for its outdoor attractions like the Everglades is during the summer months of June through August. These months are also the best time to see Florida’s beaches such as South Beach and the Florida Keys. Visitors to Key West will best enjoy a visit to the area between the months of January and May. When in Florida, visitors certainly can’t forget about it’s incredible theme parks like Disneyland and the Universal Studios. It’s best to visit right after the Christmas holidays up until February to enjoy great deals and fewer crowds. 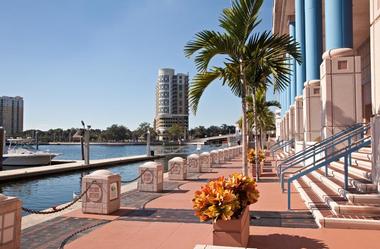 People who fly into Tampa generally use the Tampa International Airport. It is located just five miles northwest of downtown Tampa. Many domestic airlines and a few international airlines fly in and out of this airport. Amtrak’s Silver Service/Palmetto leaves New York City and arrives at the Tampa Amtrak Station on Nebraska Avenue after stops in major cities along the East Coast. Arriving by car is easy because Interstate 75 runs north and south and Interstate 4 runs from the east into Tampa. There are several bus companies that serve Tampa: these include Greyhound, Megabus, and Florida’s Red Coach. The bus station is on Polk Street in downtown Tampa. 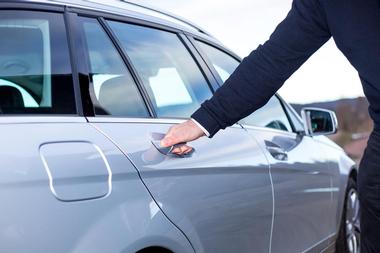 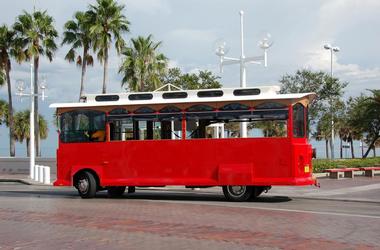 Tampa provides many forms of transportation to help visitors get around and enjoy its attractions. Some visitors rent cars at the Tampa International Airport and then use these cars to get around the city. Parking is not a problem: there are more than 22,000 parking spaces in Tampa. The Hillsborough Area Regional Transit Authority (HART) runs more than 200 buses as well as a downtown trolley service. The bus system takes visitors to many areas where there are attractions, restaurants, and shops: there is also a bus route to the airport. The TECO Line Streetcar and Trolley connect historic Ybor City to the Channelside Bay Plaza and downtown attractions. 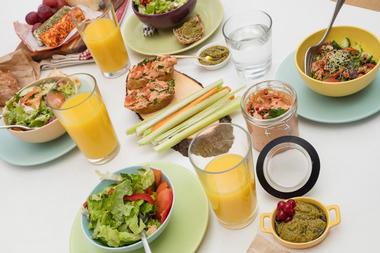 
Tampa offers a wide variety of restaurants and cafes that serve everything from seafood to Spanish dishes. There are upscale fine dining restaurants with celebrity chefs; restaurant chains; restaurants serving ethnic cuisine; and more. Hotel restaurants include Armani’s on top of the Grand Hyatt Tampa Bay, the Maritana Grille, and 725 South The Westin Harbour Island Hotel. Some of the most popular restaurants are waterfront bistros and other eateries. The Yacht StarShip is a three-diamond yacht that serves award-winning dishes to up to 600 passengers. Many fast food and family restaurants can be found east of Interstate 275 on Busch Boulevard and Fowler Avenue. 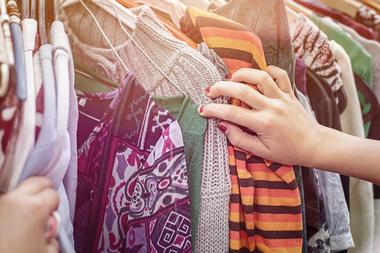 
There are many special shopping areas in Tampa for visitors to explore. There are trendy local boutiques, big shopping centers and malls, shopping districts, and bargain outlets. Ybor City and Hyde Park are two areas in Tampa where visitors will find good shopping. Old Hyde Park Village is a shopping center on South Dakota Avenue. This shopping center is located in one of Tampa’s prettiest and most historic districts. There are 50 upscale shops put together to resemble a village. The International Plaza, not too far from the airport, is an upscale shopping mall with stores like Nordstrom, Neiman Marcus, Gucci, Louis Vuitton, and more. 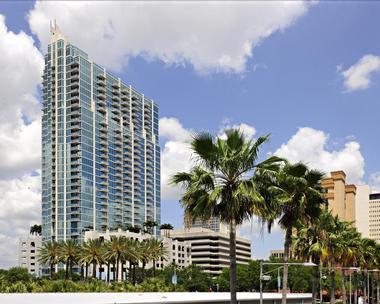 The City of Tampa has a population of about 340,000 people and is made up of 73 neighborhoods. Downtown Tampa is home to the Tampa Bay History Center, the Glazer Children’s Museum, and the Tampa Museum of Art; the Florida Aquarium is located nearby. Hyde Park is Tampa’s most fashionable neighborhood and is located just south of downtown. The Henry B Plant Museum on the campus of the University of Tampa is one of several attractions in the Hyde Park neighborhood. In the late 19th century thousands of immigrants from Cuba and other countries came to Ybor City to work in the cigar factories. Today there are attractions, restaurants, and shopping in this neighborhood.

8.Getting Married in Tampa 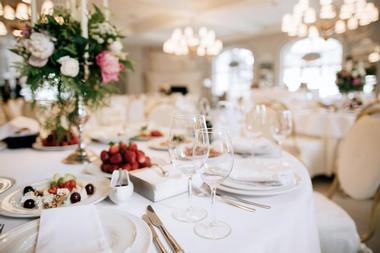 With its warm weather and beautiful setting, Tampa is a popular place for weddings. A marriage license can be obtained at the Hillsborough County Clerk of the Circuit Court Office. Hotel and resort wedding venues include the Sheraton Tampa Riverwalk Hotel, the Hilton Garden Inn Tampa North, Emerald Greens Private Resort, the Sandpearl Resort, and more. Clubs are popular places for weddings: some of these are the Innisbrook Golf Resort, Palm Aire Country Club, the Tampa Palms Golf and Country Club, and the Heritage Isles Golf and Country Club. There are other unique venues such as Tampa’s Lowry Park Zoo, the Tampa Bay Performing Arts Center, and, for a wedding on the sea, Yacht StarShip Dining Cruises. 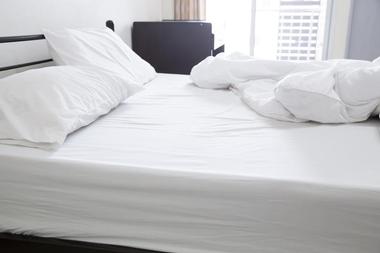 There are many different kinds of accommodations that can be found in Tampa. These range from luxury hotels and resorts to boutique hotels and budget family-friendly hotels. The luxury hotel properties are the Epicurean Hotel, the Renaissance Tampa International Plaza Hotel, the Grand Hyatt Tampa Bay, Le Meridien Tampa, and many more. The hotels that are located downtown are good choices because they put you close to many attractions like the museums. Hotels in Ybor City are good for visitors interested in restaurants and nightlife. Less expensive hotels are located near Busch Gardens Tampa Bay: these include Comfort Inn, Econo Lodge, the Tampa All Suites Inn, LaQuinta Inn and Suites, and more.

Kayaking on the Hudson