15 Best Things to Do in Stillwater, OK 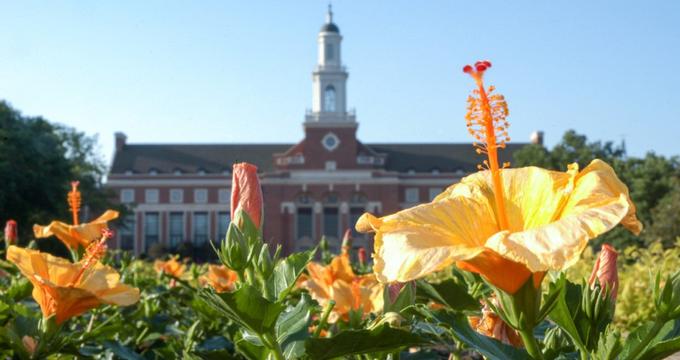 The town of Stillwater, Oklahoma has been named as one of the “Friendliest College Town in America,” home to the famous Oklahoma State University. The welcoming spirit and friendly smiles make it fairly easy for anyone to understand why Stillwater is also one of the “Friendlies Cities in the South.” The area has strong roots in agriculture and education, yet offers visitors with a variety of things to do for its size, including college sports games, animal parks, outdoor recreation, museums, delicious meals, a craft brewery, and much more. CDC information for travelers. Hours/availability may have changed. 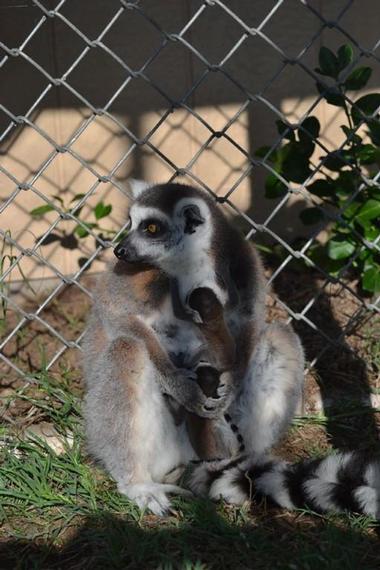 The Lost Creek Safari is a USDA-Certified animal park in the town of Stillwater where guests have a unique chance of an up-close and personal experience with some of the most exotic animals in the world. Visitors can feed grapes to playful lemur, cuddle baby kangaroos, and say hello to a camel. Owners Carla and Rusty strive to go the “extra mile,” making every visit feel as if it’s a VIP, behind-the-scenes animal encounter. The Lost Creek Safari is open on a seasonal basis from March to October, Monday to Friday by reservation, and no reservations needed for weekends.

Established on Christmas Day back in 1890, the Oklahoma State University has since grown into one of the premier land-grant universities in the United States. The university, in fact, is the only university to have a statewide presence in all of the seventy-seven counties of Oklahoma through its Oklahoma Cooperative Extension Service. Visitors and locals alike in Stillwater can find a wide variety of things to do at Oklahoma State University, even if they aren’t students there. The university hosts numerous sporting events, as well as other special events throughout the year, including NCAA Division 1 basketball.

The Oklahoma Wondertorium aims to inspire curiosity for a lifetime and learning through play. The facility opens doors for the curious young minds of Oklahoma every day through expertly designed programs and exhibits that encourage children to discover, explore, and create “on their own terms.” The Oklahoma Wondertorium is primarily meant for kids aged twelve and younger and regionally recognized as an educational and cultural institution. Open seven days a week until 5:00pm, the exhibits at the children’s museum explore an array of topics, including problem solving, dramatic play, health and wellness, culture, history, creativity, math, and science.

The state-of-the-art football stadium of Oklahoma State University, the Boone Pickens Stadium not only provides excellent facilities situated in extremely convenient proximities, but a one-of-a-kind game-day environment as well. Known formerly as Lewis Field, the Boone Pickens Stadium has been the home field of the Cowboys football team of Oklahoma State University in some form since the year 1913, becoming a complete football stadium in 1920. The stadium is also the oldest football stadium within the country’s Big 12 Conference. Visitors can also find pre-game activities at the stadium on game days, particularly the Fan Fest starting three hours before.


The Iron Monk Brewery in downtown Stillwater, Oklahoma is the state’s premier craft brewery and tap room, providing a variety of beers and tours of the brewing facilities. The Tap Room offers year-round favorite brews, as well as a revolving selection of small-batch beers that can’t be found anywhere else. As for food to pair with the brews, the Iron Monk Brewery partners with several local food trucks. Brewery tours are offered at 2:00pm and 4:00pm on Saturdays and include an overview of the brewing process, samples of a choice of four different beers, a souvenir pint glass. 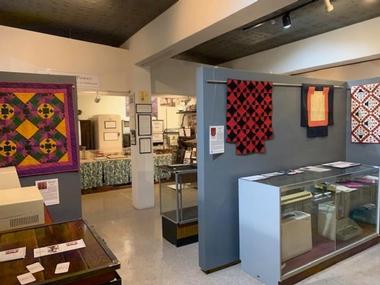 
The Sheerar Museum of Stillwater History is dedicated to receiving and collecting the material culture associated with the town of Stillwater in Oklahoma, which date back to prehistoric times, but mostly from the 1800’s through present day, preserving them for future generation. Along with a number of permanent exhibits about Payne County and Stillwater, the history museum also showcases temporary exhibits that change every year, focusing on different themes or subjects. Admission to the Sheerar Museum of Stillwater History is by donation, with the museum open to the public from 11:00am until 5:00pm, Tuesday to Saturday.

Established in 1937, Lake Carl Blackwell is a popular outdoor recreation destination in the area, located around eight miles just west of the town of Stillwater. Situated nearly in the middle of Oklahoma City and Tulsa, the lake is mostly used for recreational activities, with approximately eight hundred acres adjoining the lake itself, and is owned and managed by the Oklahoma State University. Activities at Lake Carl Blackwell include picnicking, fishing, hiking, duck hunting, boating, water skiing, swimming, mountain biking, horseback riding, and camping. The family-oriented lake also includes a lakeside convenience store, marina, and sand beaches. 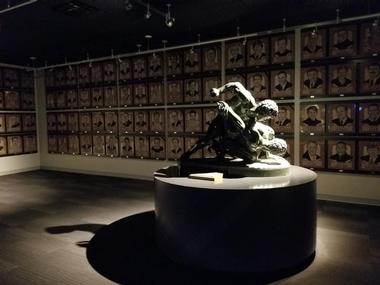 The National Wrestling Hall of Fame in Stillwater, Oklahoma is the country’s hall of fame and museum for amateur wrestling. A shrine in the United State to the sport of wrestling, it’s a focal point for the preservation of the sport’s heritage, encouragement of youth to aspire to more lofty goals, and the celebration of new achievements. The National Wrestling Hall of Fame and Museum is open from 9:00am until 4:00pm on Monday through Friday and from 10:00am until 2:00pm on Saturdays. There are special hours on Oklahoma State home wrestling match days.

The parish of St. Francis Xavier Church in Stillwater has a rich, long history. In the town’s beginnings, there was no diocese, no bishop. The area’s first priest was a missionary traveling priest from the Sacred Heart near Shawnee, a Benedictine Monastery. The St. Francis Xavier Parish was the first to be established in the town and the church has undergone many transformations since it was originally built back in 1899, starting out with rough planks as pews and an unplastered interior. The church got its first resident priest and was officially dedicated in December of 1901.

Known once as "The Madison Square Garden of the Plains” and "The Rowdiest Arena in the Country,” the Gallagher-Iba Arena is Oklahoma State University’s venue for wrestling and basketball. Originally built in 1938 as the 4-H Club and Student Activities Building, the name of the building was later changed to Gallagher Hall to honor Ed Gallagher, a wrestling coach at the university, before later being named the Gallagher-Iba Arena in 1987 to also honor Henry Iba, an innovator and longtime basketball coach. The first basketball game to be played in the arena took place on December 9th of 1938.

The Hideaway in Stillwater, Oklahoma has been serving up perfect pizzas since the 1950’s. From the traditional meat lovers pizza to the Hideaway Special featuring different toppings on every slice, there’s something for any pizza lover at this local dining establishment. Established in 1957, The Hideaway was one of the state’s first pizza restaurants, originally named the Campus Hideaway, as it was situated just off the campus of Oklahoma State University. Richard, who now owns the Hideaway, started out as a delivery driver during his time as an OSU student and bought the pizzeria three years later.

Eskimo Joe's started out as a bar in 1975 in the very same location where it exists today. The menu here includes the famous cheese fries, shakes, salads, burgers, and much more. Eskimo Joe's is also a popular place among local residents of Stillwater to “catch the game” or maybe just a bite to eat for both lunch and dinner. The restaurant is known for always being family-friendly and smoke-free, and transforms into a “Jumpin' Juke Joint” at night with live music. Eskimo Joe's is open seven days a week from 11:00am until 8:30pm. 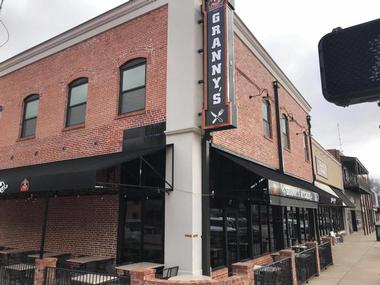 Granny's Kitchen is considered by both visitors and locals alike to be one of the best restaurants in Oklahoma for breakfast, if not the best in the college town of Stillwater. In addition to delicious food and above average service, the restaurant is home to quite a bit of history. While the restaurant’s name has changed several times over the years, the flavors, family, and location have all remained the same since the year 1945. Granny’s Kitchen is open Monday to Friday from 6:00am until 2:00pm and from 6:00am until 3:00pm on the weekends. 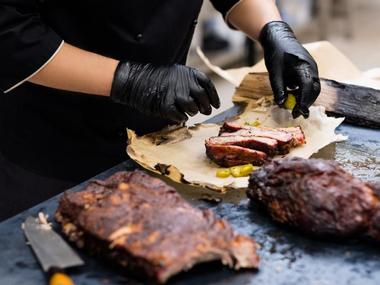 Places to eat near me, free points of interest, lakes near me, waterfalls, weekend getaways near me: Best Places to Visit in USA, Frankfort, Rehoboth Beach, Delaware, Cadillac, CA Hot Springs 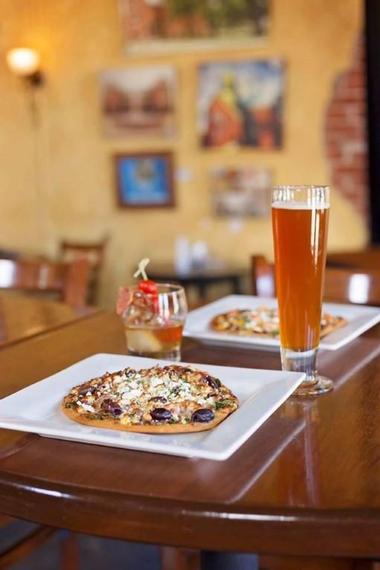 Zannotti's Wine Bar is a peaceful and quaint hideaway in the town of Stillwater, Oklahoma, offering appetizers, specialty cocktails, craft beers, and high quality wines. The wine bar prides itself on carrying a diverse selection of beer and wine from numerous countries, including more than fifteen options for by the glass and eight beers on draft, as well as much more by the bottle. Drinks at Zannotti’s Wine Bar also include a menu of craft cocktails, flight options, and an extensive list of whiskey and scotch. There’s also an appetizer menu featuring both shareables and small plates.

15 Best Things to Do in Stillwater, OK

8 Best Things to Do in Grove, OK