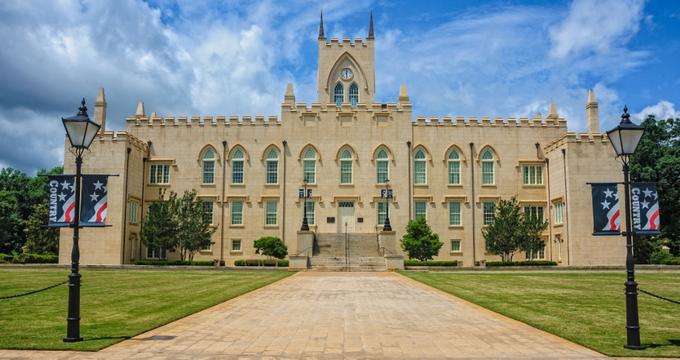 The town of Milledgeville, Georgia still attracts visitors today with its authentic arboretum, glistening lake, historic buildings, rich history, and impressive architecture. Tourists can even hop aboard a trolley and explore the charming downtown district. Several opportunities for discovering culture can be found among the grand and beautiful Antebellum homes, as well as a chance to follow in the footsteps of General Sherman and learn more about the history of the South. There’s more to Milledgeville than history, however, such as the Andalusia Farm, the Lockerly Arboretum, and many events. CDC information for travelers. Hours/availability may have changed. 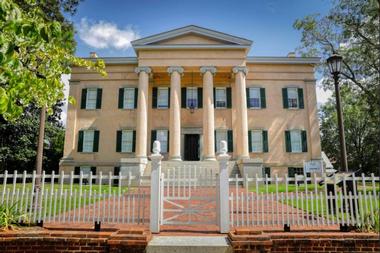 Georgia's Old Governor's Mansion was constructed as the state’s Executive Mansion, home to the governors of Georgia between the years of 1839 and 1868. It is also one of the state’s “most perfect examples” of the Greek Revival architectural style and has received the Georgia Trust for Historic Preservation award. Tours of this National Historic Landmark take place on the hour from 10:00am until 4:00pm, Tuesday to Saturday, and from 2:00pm to 4:00pm on Sundays. A Curator’s Tour is also offered at 11:00am and at 2:00pm on the third Tuesday of the month. 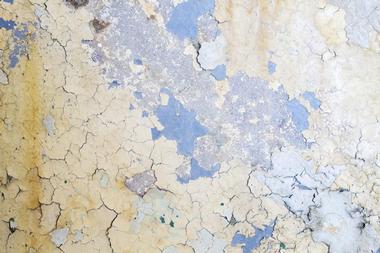 The Central State Hospital Museum is located among the abandoned buildings of the former Central State Hospital, which was once the world’s largest mental health facility, spread across two thousand acres and featuring over two hundred buildings. The grounds now provide an eerie experience for visitors. The Central State Hospital Museum showcases preserved artifacts from the facility that help share what life was like while the largest insane asylum in the world was in operation. Visitors can also drive through the grounds to see the various decaying buildings, but getting close to the numerous structures isn’t allowed. 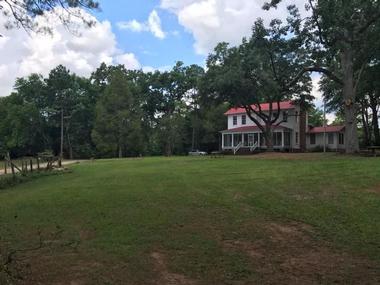 Once the home of Flannery O'Connor, a famed American author, the Andalusia Farm in Milledgeville, Georgia was settled originally in 1814 and used as a farm and cotton plantation until it was bought in 1931 by Dr. Bernard Cline, Flannery’s uncle. The farm was then used for beef and dairy farming and included fourteen buildings across more than 520 acres. Flannery O’Connor lived at Andalusia Farm for thirteen years, during which she wrote the majority of her literary works, which included settings influenced by the environment of the farm. The grounds now serve as a museum and public tours are available. 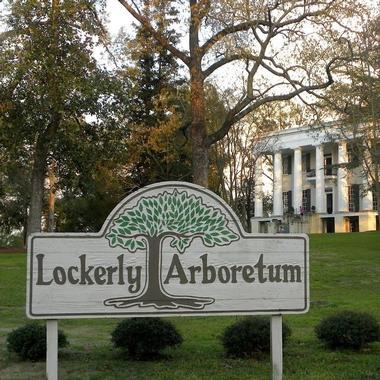 Established by E.J. Grassmann in 1965, the Lockerly Arboretum encompasses approximately fifty acres of rhododendrons, trees, and shrubs, as well as an extensive collection of camellias and a collection of conifers. The grounds of the arboretum are open to visitors, free of charge, from 8:30am until 4:30pm Monday to Friday and from 10:00am until 4:00pm on Saturdays. Lockerly Arboretum’s centerpiece is Rose Hill, a Greek Revival historic house. Guests can explore the mansion, have a picnic by the pond, and stroll along the trails throughout the grounds. There is a small fee for Rose Hill self-guided tours. 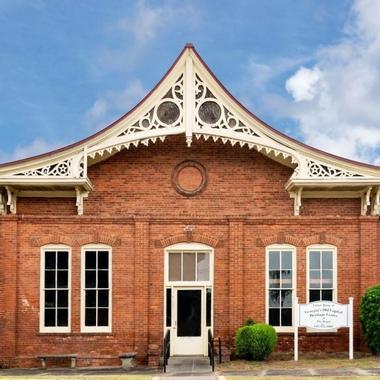 
Georgia's Old Capital Museum, also known as Georgia’s Old Capital Heritage Center, operates the Brown-Stetson-Sanford House, built back in 1825 in Milledgeville’s Historic Downtown District. The house museum and heritage center plays an integral role with the State of Georgia, Baldwin County, and Milledgeville’s commitment to the preservation of Georgia’s history, dating back to 10,000 B.C., featuring many different exhibits about the history of the state. Georgia's Old Capital Museum also hosts numerous GOCHC events, tours for tourists and students, social and civic events and meetings, and the Trolley Tour offered by the Convention and Visitors’ Bureau. 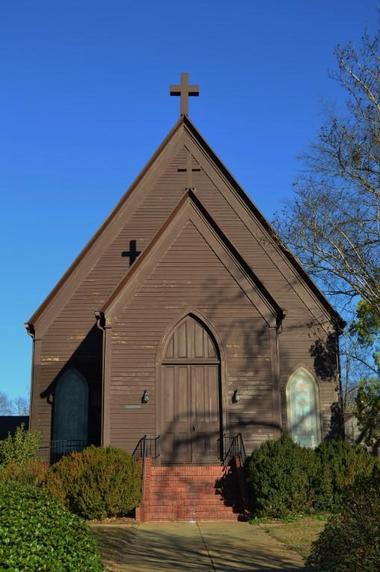 
Built back in the year 1841 and consecrated in 1843, the St. Stephen's Episcopal Church of Milledgeville, Georgia played a part in the history of the South. General Sherman’s troops caused quite a bit of damage to the beautiful church in November of 1864 during the infamous “March to the Sea,” ransacking the building, burning pews for firewood, pouring molasses into the organ pipes, and stabling horses inside. Further destruction was caused by the igniting the nearby armory. St. Stephen's Episcopal Church, located in the historic Statehouse Square, has since been rebuilt and still stands as a beautiful old church. 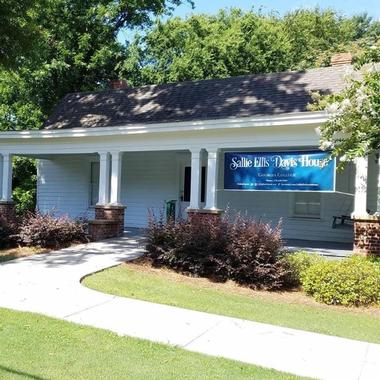 The Sallie Ellis Davis House in Milledgeville, Georgia was the former residence of one of Baldwin County’s most passionate and dedicated educators. Born to a native Irish man and an African American woman in 1877, Davis chose to educate African American children instead of living a life of privilege in the segregated South, working throughout her entire career as a principal and teacher at the Eddy School. Today, visitors can take a tour of the historic Sallie Davis House from 1:00pm until 4:00pm on Tuesdays, Thursdays, and Fridays, or one the first and third Saturdays of each month.

5 Best Things to Do in Blairsville, GA

12 Best Things to Do in Kennesaw, GA