17 Best Things to Do in Ogden, Utah 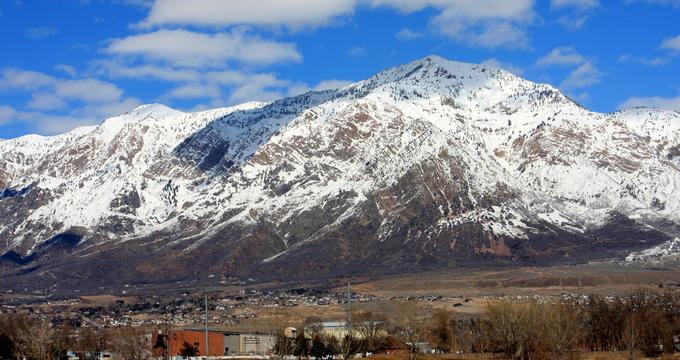 Ogden, Utah is a popular ski destination with easy access to three excellent ski resorts just 20 minutes from downtown. The beautiful mountain town is also home to unique museums and historic attractions. Stroll along Historic 25th Street, visit Hill Aerospace Museum, stop by the Utah State Railroad Museum, and see a play at Peery's Egyptian Theater. Best things to do in Ogden with kids include Treehouse Children's Museum, the Dinosaur Park, and the Ogden Nature Center.

Founded in 1981, the museum moved to its current location in 1991 and became the home of the Utah Aviation Hall of Fame in 1996. The large collection of more than 90 aircraft tells the history of aviation and is divided into five exhibits: the Beginnings, World War II, Dawn of the Jet Age, the Cold War, and Keeping the Peace. Hill Aerospace Museum is one of the top Ogden attractions.

In addition to the exhibits, the museum has a research library and archives as well as the ACE Learning Center, an interactive education center for children.

The history of the district goes back to the opening of Union Station in 1869. It became an important railroad junction and later became known for its many businesses and illegal activities like gambling. It earned its nicknames of Notorious Two Bit Street and Electric Alley during this period. The area was cleaned up in 1954 making way for today’s historic 25th Street with beautiful art galleries, restaurants, and shops. If you are wondering what to do in Ogden, Utah today, this is a great place to start exploring. The district hosts events such as car shows, musical performances and a farmers’ market.

The Utah State Railroad Museum is dedicated to showing visitors the construction of the transcontinental railroad. The entrance to the museum is made up of timbers that were used to build the Lucin Cutoff across the Great Salt Lake. The museum contains many artifacts, displays and interactive exhibits.

The Operation Lifesaver Exhibit teaches children railroad crossing safety while the Maintenance of Way Exhibit includes a locomotive cab, a rail handcar, and equipment used to maintain railway tracks. The Wattis-Dumke Model Railroad recreates the local area in miniature and includes a model of Union Station and 25th Street.

4.Things to Do in Ogden, Utah: Dinosaur Park and Museum

Set on five acres, the Dinosaur Park and Museum features more than 100 full-sized dinosaur replicas and a museum with hands-on activities. The dinosaur replicas are sculptures based on actual fossil skeletons and are activated by robotics and a sound system.

Some of the dinosaurs include a Ceratosaurus, a Parasaurolophus, a Triceratops, and a 45 foot long Tyrannosaurus Rex, the most popular dinosaur in the park. In addition to the dinosaurs, there is an education center as well as the Elizabeth Dee Shaw Stewart Museum. The park is a popular place for children’s birthday parties.

5.Things to Do in Ogden, Utah: Peery's Egyptian Theater

It re-opened in 1997 as more than just a movie house, but also as a community theater and performing arts house. In 2004 a Wurlitzer pipe organ was added. The 800 seat theater presents classical plays, musicals, and annual Christmas performances of the Nutcracker Ballet.

-- You are reading "What to Do in Ogden, Utah this Weekend" Back to Top

6.Things to Do in Ogden, Utah: The Ice Sheet


The Ice Sheet is an ice skating facility located on Harrison Boulevard on the campus of Weber State University. Built between 1992 and 1994, the Ice Sheet opened in 1994 as a training center for curling, figure skating, and ice hockey. With a seating capacity of 2,000, the Ice Sheet hosted the curling events during the 2002 Winter Olympics.

The 11-acre Ogden Botanical Gardens are located on Monroe Boulevard along the Ogden River. Founded in 1994, the public garden is divided into many different areas.

The Entryway Garden features five large pergolas and a water feature. Next to this garden is the cottage garden which is made up of one acre of perennials and shrubs typical of an informal English garden. The Water-wise Perennial Garden is planted with colorful perennials that require little water.

Other gardens include the Four-Seasons Garden, the Collections Garden, the Oriental Garden, the Rose Garden, and many more. Other facilities include pavilions and shelters, picnic and grilling areas, an amphitheater, and an education building.

8.Things to Do in Ogden, Utah: Treehouse Children's Museum

Treehouse Children's Museum is a reading-oriented museum featuring hands-on activities and exhibits that focus on the arts, humanities and children’s literature. Some of its exhibits include Dinosaurs: Land of Fire and Ice, Jack’s Fairy Tale Diner, One World Village, Oval Office, Pioneer School House, and the Utah Heritage Rodeo exhibit.

There are daily programs such as Art Garden Activities and Step on Stage; family literacy programs like Alphabet Soup and On Track to Reading; and a Kindergarten Readiness program. Treehouse Troupe is a special event in which professional actors retell fairy tales and traditional folk stories in the Treehouse Theater.

9.Things to Do Near Me: Ogden Nature Center, Ogden, Utah 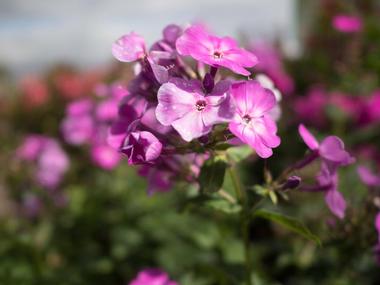 Consisting of 152 acres, the Ogden Nature Center is made up of protected areas for wildlife, walking trails, observation towers, tree houses, and bird blinds.

There are also live animal exhibits, gardens containing drought resistant plants, ponds, and much more. The center opened in 1975 and was Utah’s first nature center. A 6,000 square foot education building was added to the center in 2003; it was created using green building techniques and was insulated with recycled materials. The center offers classes on environmental topics and nature-based activities and hosts many events.

-- "Best Things to Do in Ogden, Utah for Locals & Tourists - Restaurants, Hotels" Back to Top

10.Things to Do Near Me: Eccles Community Art Center, Ogden, Utah 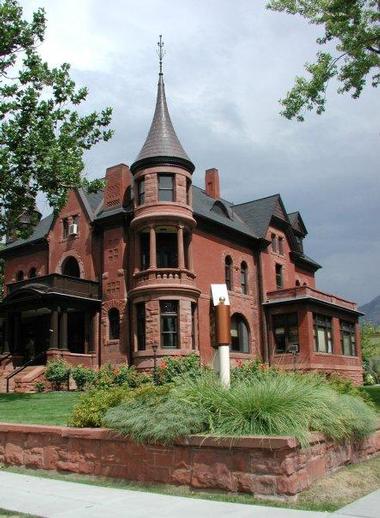 Eccles Community Art Center features rotating exhibits of works by local and regional artists, and a craft gallery. The house where the art center is located was built in 1893 for James Clarence Armstrong but was bought three years later by David and Bertha Eccles.

The house is listed on the U.S. National Register of Historic Places. The center’s permanent collection features works by contemporary Northern Utah artists; these can be seen throughout the house as well as sculptures in the garden. The center offers performing and visual art classes and hosts a variety of events throughout the year.

11.Things to Do Near Me: Ogden's Pioneer Stadium 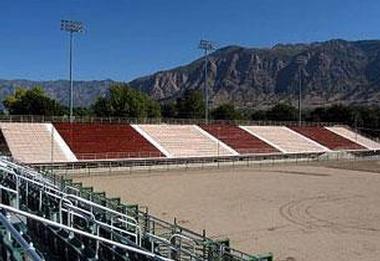 Ogden's Pioneer Stadium is an outdoor arena located on 17th Street next to the Ogden River. With a capacity to accommodate 12,000 people, the arena is the home of the Ogden Pioneer Days Rodeo which is held every year towards the end of July. In the past, the arena hosted events such as junior and senior high school marching band competitions and football games.

Today, the arena provides a venue for a wide range of entertaining events such as barrel racing, boxing matches, car shows, demolition derbies, and mixed martial arts competitions. Ogden Rodeo Cabin is a traditional log cabin that once served as the caretaker’s home and is available for special occasions.

12.Things to Do in Ogden, Utah: Waterfall Canyon 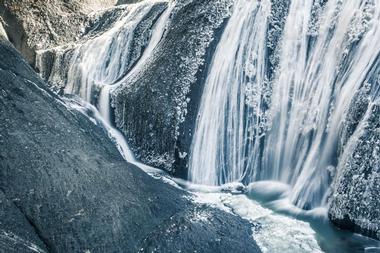 Waterfall Canyon is a three mile round trip scenic trail that features a 200 foot waterfall, stunning scenery, and an area that provides excellent views of Ogden Valley. The trail takes about two hours to complete and is considered to be of moderate difficulty with a few areas of loose rocks.

More places to visit: Things to Do in Salt Lake City. 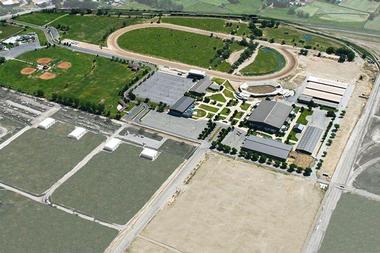 14.What to Do Near Me: Fort Buenaventura, Ogden, Utah 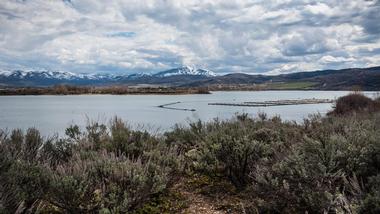 Fort Buenaventura is an 84 acre Weber County park just west of downtown Ogden. Established in 1846 by trapper Miles Goodyear, the fort represents the first permanent settlement of Europeans in the Great Basin. It was built at a bend in the Weber River and originally served as a trading post for trappers and travelers. In 1847, Mormon settlers bought the fort and the surrounding land and they named it Brownsville.

Later it was changed to Ogden after Peter Skene Ogden, a trapper from Weber Valley. Activities in the park include camping, canoeing, and facilities for holding meetings.

-- You are reading "17 Best Things to Do in Ogden, Utah" Back to Top or Amazing things to do around me

15.Things to Do in Ogden, Utah: Cold Springs Trout Farm 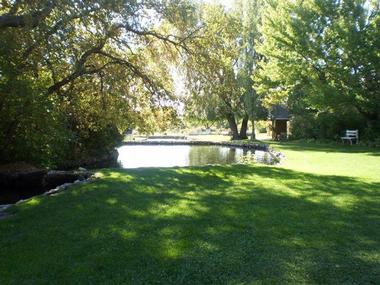 Cold Springs Trout Farm is a family-owned company that raises fish and offers fishing opportunities to guests. Founded in 1924, the facilities include seven ponds stocked with rainbow trout. The source for the cold water are Rocky Mountain springs at the base of the Cold Water Canyon.

The company hatches eggs from Brook, Brown, Rainbow, and Tiger trout and delivers them to local farms, lakes and ponds. The fly-fishing pond is a catch and release pond that is stocked with several varieties of trout. Year round fly-fishing is possible because the constant flow of water prevents the pond from freezing over. 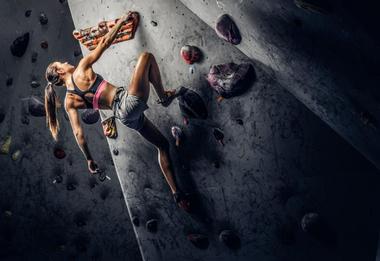 The Salomon Center is your go-to place for family fun and adventures when you are not on the ski slopes of Ogden, Utah. Open all year round for adventures, the Salomon Center boasts several facilities under one roof. Flowrider Utah provides visitors with an indoor surfing facility which is ideal for all ages. All the equipment you need is available on site and there are expert coaches to make sure you learn the ropes in no time at all. If surfing is not your thing you can head to Rock Utah for an indoor rock climbing experience. Other fun activities include Fat Cats Bowling Alley and the amazing IFLY UTAH, where you can defy gravity in the indoor wind tunnel. 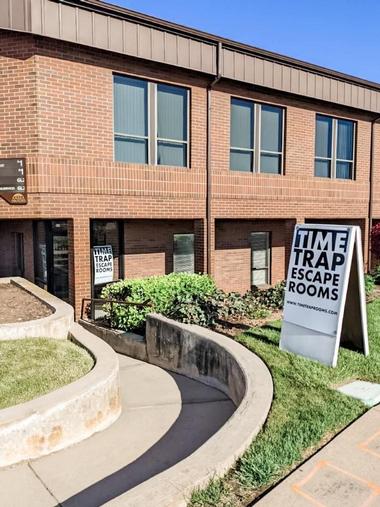 Time Trap Escape Rooms challenges visitors to see if they can beat the clock and solve the riddles which will allow them to unlock the secrets of their chosen escape room. Located on Harrison Boulevard, the escape rooms offer fun and adventure on Monday, Tuesday, Friday and Saturday. The facility has 3 intriguing escape rooms for you to choose from. Suitable for up to 8 persons, the escape rooms have one thing in common – they have been carefully designed to test your problem-solving capabilities. You and your group will need to work together as a team in order to beat the 60-minute time limit which will set you free.

17 Best Things to Do in Ogden, Utah

You are reading "17 Best Things to Do in Ogden, Utah " Back to Top