16 Best Things to Do in Stratford, Connecticut 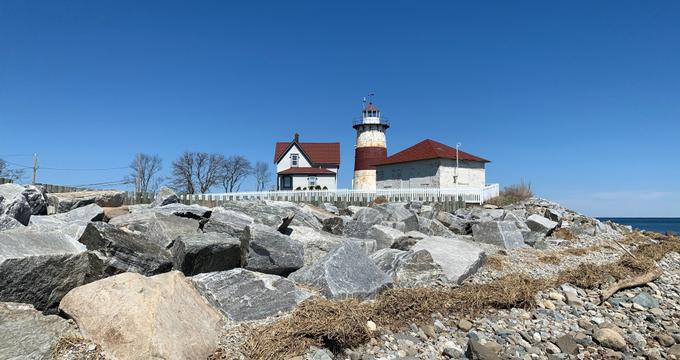 Stratford, CT is a town in Fairfield County is situated on Long Island Sound on the Gold Coast of Connecticut. Notable attractions in the seaside town include the Boothe Memorial Park and Museum, the beautiful 1.5-mile coastal barrier beach of Long Beach, and the National Helicopter Museum. 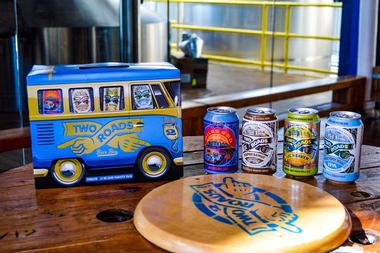 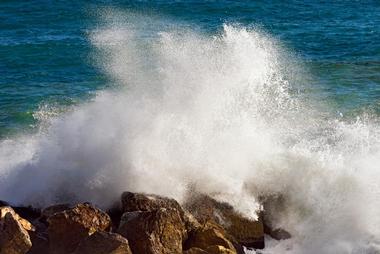 The Lordship Seawall, also known simply as The Wall, is a seawall along Beach Drive in Stratford that offers beautiful ocean views. 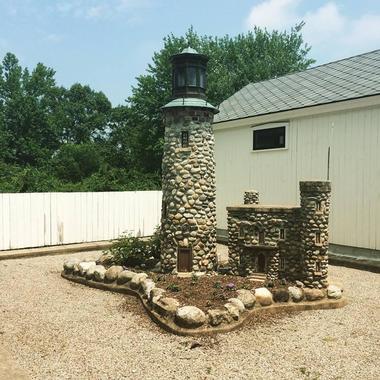 Boothe Memorial Park and Museum is a 32-acre public park that overlooks the Housatonic River and offers several architecturally unique buildings and attractions. Situated in the Putney section of Stratford, the park was once the estate of the Boothe family, after which it was named, and willed to the town in 1949 for the community to enjoy. The park is home to the Boothe Museum which is built on the foundations of a house dating back to 1663, along with other attraction such as award-winning rose gardens, a genealogy library, and outdoor concerts and Shakespearean plays are hosted in the spring and summer months. Seasonal guided tours of the historic buildings can be arranged. 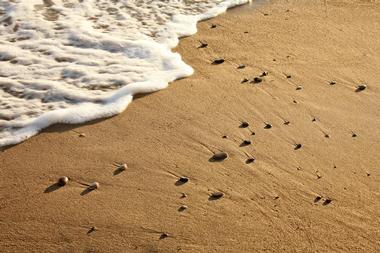 Short Beach is a lovely community beach located next to the mouth of the Housatonic River that offers a range of outdoor activities such as swimming, fishing, beachcombing and more. The southern part of the beach features picnic areas, a calisthenics course, and a children’s playground, along with a recreation complex housing a golf course, softball fields, and basketball, paddleball, tennis, and volleyball courts. The southernmost section of the beach is used to provide sailboard lessons, and there are showers close by. The northern section of Short Beach is home to least tern and piping plover nesting areas, and the intertidal zone between the beach and the main boat channel harbor is good for fishing. This area of the beach provides handicapped access.


Roosevelt Forest is a 401-acre park and town-owned forest with children’s playgrounds, picnic shelters, a tranquil pond, hiking and walking trails, benches, and good wildlife viewing. Established during the depression in the 1930s, the remarkable town-owned forest is located at the end of Peters Lane in the northern section of Stratford and is home to a wealth of natural flora and fauna including mixed deciduous forests of coniferous and deciduous broadleaf hardwoods, and small mammals, amphibians, and reptiles. Several events are held in the forest throughout the year such as the Enchanted Forest Ultra Trail Run.


Stratford Point Light is a historic lighthouse located at the mouth of the Housatonic River. Built in 1822, the tower sits on a four-acre tract of land at the southeastern tip of Stratford Point and is currently used to house the Coast Guard and as an active aid to navigation. The surrounding 27-acre Stratford Point is privately owned and open to the public on weekdays and offers excellent bird-watching opportunities. Home to many shorebirds and some raptors, the Point is also a fall stopover for migrating monarch butterflies is alive with hundreds of butterflies feeding on the blooming goldenrod during late September and early October. The Stratford Point Light is listed on the National Register of Historic Places.

Long Beach is a 1.5-mile coastal barrier beach in Stratford that is situated between the waters of Long Island Sound and the Lewis Gut. Located at the end of Oak Bluff Road in the Lordship section of Stratford, the eastern end of the beach is designated as a public beach area and is used for swimming, sailboarding, and fishing, while the middle sections of the beach are maintained as shorebird nesting areas and are home to nesting piping plovers and least terns. The beach can be reached by car; however, parking permits are required. 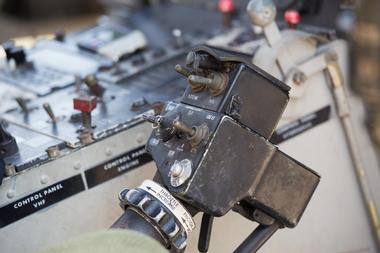 The National Helicopter Museum is dedicated to showcasing the history of the helicopter and aviation industry in Stratford and the surrounding region. Founded in 1983 by Dr. Raymond Jankowich and Robert McCloud, the museum housed in one of the old buildings at the Stratford station and features an extensive collection of images and objects related to the rich history of the aviation and helicopter industry. Exhibits at the museum highlight the evolution of the rotary wing from early designers such as Leonardo da Vinci to the modern helicopters of today and boast displays of models of aircraft by Bell, Boeing, the Robinson Helicopter, and Kaman Aircraft. Other notable exhibitions at the museum include a working cockpit of the Sikorsky S-76 helicopter and small gas turbine engines of helicopters such as the Boeing CH-47 Chinook and Huey.

Academy Hill is a historical district in Stratford that boasts a well-preserved concentration of historic buildings which represent the architectural development of a typical seaport town over 300 years. The district is bounded by major streets such as Academy Hill, Broad Street, Elm Street, East Broadway, Main Street, Judson Place, and White Street and the center of the district features a substantially intact 17th-century village plan. Architecturally significant buildings in the area include Federal period town-houses, early-20th-century suburban houses, Greek Revival and Victorian villas, and 17th and 18th-century homesteads, creating a fascinating mix of architectural styles. 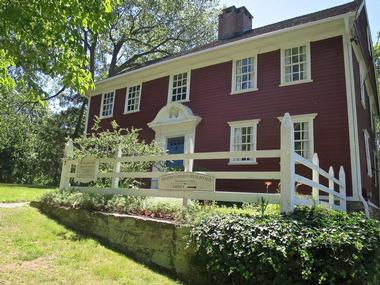 The Captain David Judson House is a historic house in the Academy Hill Historic District that dates back to 1750. Built by David Judson in the mid-1700s in a colonial Georgian style, which was popular throughout the American colonies during this time, the beautifully restored house still features the massive central stone chimney from the original house which was built in 1639 with lug poles. The cellar of the house, which is now the first floor was thought to have been used as slave quarters during the early 18th century. The home features period pieces of furniture of Stratford origin, dating from the 18th century, including a piano which belonged to William Samuel Johnson and various other works of historical and artistic significance. Captain David Judson House is listed on the National Register of Historic Places and is open to the public as a historic house museum and research library by the Stratford Historical Society.

The Perry House is a historic home that was built circa 1690 by Benjamin Beach and stands as the gateway and symbol of Colonial heritage. Today, Stratford’s oldest structure is home to the Stratford Chamber of Commerce and Visitor Center and special programs and events that pertain to the rich history and heritage of the town and its ability to adapt to the challenges and opportunities of the century. Managed by the Perry House Foundation, the house is a base for programs that aim to increase public awareness of the history of Stratford and the region and offers self-guided tours. The house is also used as a unique setting for special events such as weddings, parties, fundraising events, and corporate functions, with a capacity for up to 100 people. Free parking is available. 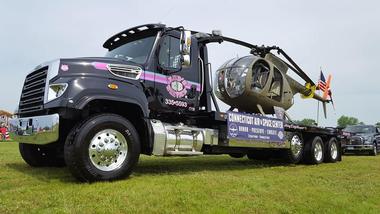 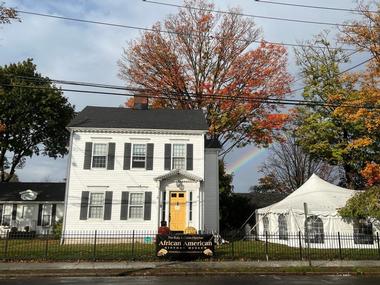 Gaetano's Deli is an authentic Italian deli and market offering imported charcuteries and cured meats, cheeses from around the world, gourmet sandwiches, and other delicious prepared meals. Established over 20 years ago by owners Guy Catalano and Milanno Ukehaxhaj, Gaetano's Deli focuses on providing freshly prepared and curated fare, such as freshly baked bread, a large assortment of imported and domestic cheeses and cured meats, including Boars Head, and mouthwatering dishes such as lasagna. Boasting three locations in Connecticut, namely Stratford, Monroe and Westport, the true Arthur Avenue Style Italian deli won’t disappoint. 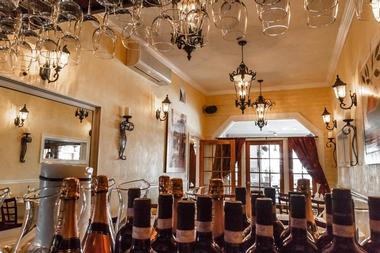 Located in Ryders Landing, Biagio's Osteria is a rustic Italian restaurant that serves organic, seasonal dishes along with hundreds of casual and rare wines in an elegant setting. The restaurant serves a farm-to-table tasting menu of five courses daily, as well as a regular a la carte menu of innovative and traditional Italian fare. Signature dishes include antipasti of calamari fritti, Sicilian eggplant, and lobster bisque souffle, and entrées of a braised rack of lamb crepinette, Chilean Sea Bass with avocado relish, and osso buco Milanese of slowly braised veal shank in red wine. Biagio's Osteria is open for lunch Monday through Friday and dinner, seven days a week.

Places to eat near me, free points of interest, lakes near me, waterfalls, weekend getaways near me: Places to stay in Newport RI, Best wellness retreats, Ridgefield, Storrs, New Hartford, Bismarck 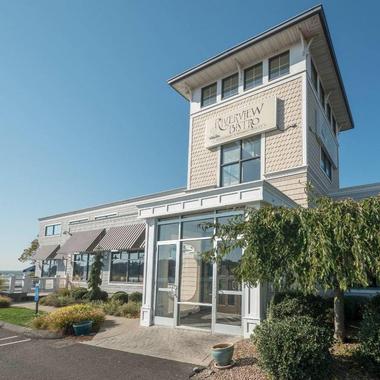 Overlooking the Housatonic River, the Riverview Bistro is a contemporary restaurant with an elegant dining room and a charming seasonal patio with picturesque views that offers an exclusive dining experience. The stylish spot serves a classic creative dishes presented with contemporary flair, including fresh seafood, handmade pasta, prime steaks, burgers and wraps, and fresh salads in an airy and inviting environment. Decadent desserts are prepared from scratch daily, and exceptional culinary creations are offered throughout the week. The delectable cuisine is accompanied by a list of fine wines, craft beers, and handcrafted cocktails. A beautiful, private banquet room is available for private events and functions. The Riverview Bistro is open for lunch and dinner, seven days a week. 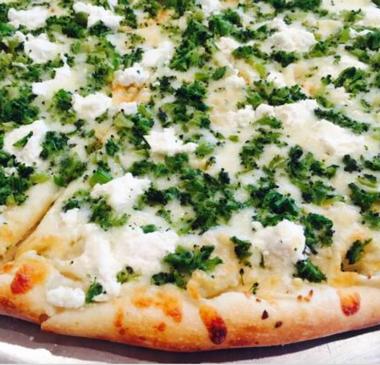 Conveniently tucked inside the Stratford Train Station, the aptly named Station House Wine Bar and Grill is a casual restaurant and bar that serves traditional Italian cuisine along with artisan Japanese sushi to create a unique and eclectic dining experience. The innovative restaurant features a fully-stocked New York City-style bar, and hosts live entertainment every evening to accompany the sublime menu of exceptional dishes such as fresh seafood platters, premium sushi rolls, handmade pasta and sauces, prime Angus steaks, and veal entrées. The bar boasts happy hour with cocktails and appetizers every evening and special functions such as trivia nights and wine and beer tastings are held each week. The Station House Wine Bar and Grill is open for lunch and dinner, seven days a week.

You are reading "What to Do in Stratford, Connecticut this Weekend" Back to Top

16 Best Things to Do in Stratford, Connecticut

9 Best Things to Do in Woodbury, Connecticut

10 Best Things to Do in Storrs, Connecticut

15 Best Things to Do in New Milford, CT