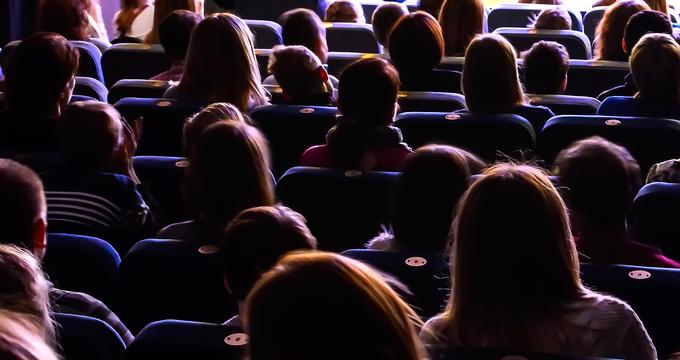 When we think of the Colorado mountain town of Vail, we picture snowy mountains and world class skiing, with cozy cabins and lodges dotted around and happy families having fun on the slopes, but this little resort location also hosts some very interesting events each and every year, including the excellent and ever-popular Vail Film Festival.

The Vail Film Festival is an annual celebration of films in the ski resort town of Vail, Colorado. Taking place in America's biggest ski resort, the Vail Film Festival has been running on an annual basis since 2004 and typically features four days of film-focused fun and intrigue, with many special guests in attendance and some terrific films on display, vying for the festival's awards.

For 2019, the Vail Film Festival will be celebrating its 16th edition. Here’s all you need to know about this exciting event:

- Location - The Vail Film Festival will be held in the Colorado mountain town of Vail, which is located about 100 miles to the west of the Colorado state capital of Denver.

- Getting There - There are numerous ways you can choose to get to Vail for the Vail Film Festival. Those who choose to drive can follow the I-70 and enjoy quite a scenic ride through the Rocky Mountains, with Vail being easy to reach by following signs or using a GPS. You can also fly direct into Vail / Eagle County Airport, which is connected to 12 different cities around America on direct flights. You might also choose to fly into Denver International Airport and make the rest of the journey by car from there, with the drive from Denver to Vail taking about two hours on average.

- Dates - The 16th annual Vail Film Festival will be held from August 15 through to August 18. This is a four-day festival with events and film screenings spread out across the full duration of the event.

- Schedule - The schedule for the 2019 film festival varies from day to day. It all begins on Thursday, August 15, with the opening night film screening at 7.30pm. This is followed by one of the key events and highlights of the film festival: the opening night party, which runs from 10pm through to midnight. Screenings will then take place from 12.30pm to 11pm on August 16, with a filmmakers reception event from 4.30pm to 6pm too. On August 17, screenings will again run from 12.30pm to 11pm, and this day will also feature events like the 'Getting from Script to Screen Panel Discussion' at 11.30am and the 'Shoot from the Heart Workshop with Diane Bell' at 1pm. The Awards Ceremony will be held at 7.45pm, followed by the closing night film and party late in the evening. On Sunday, August 18, screenings will run from 12.30pm to 9pm.

- Passes - Anyone wishing to attend Vail Film Festival and enjoy the various screenings and events will need to buy passes. You can buy a Festival Screening Pass to get access to all film screenings at the event, as well as access to the hospitality lounge and entry to events like discussions and the opening night film, as well as the awards ceremony. More expensive passes are also available which provide advance access to film screenings and offer priority access to other events and parts of the festival too. The highest tier of pass will give you total priority access to everything at the Vail Film Festival, as well as offering reserved seating at all screenings.

- Tickets - Those wishing to attend individual film screenings on a film-by-film basis can also choose to simply buy tickets at the theater. These tickets are sold just 15 minutes before showtime and are available on a first come, first served basis dependent on how many seats have already been taken by passholders. The number of tickets for individual screenings is not guaranteed and you might not be able to sit with your friends or family members, so if you do choose to rely on these tickets, you might miss out on some of the films you wanted to see. To be sure of seeing films, buying a pass is the smartest and safest option. website

25 Best Things to Do in Breckenridge, Colorado

23 Best Things to Do in Denver