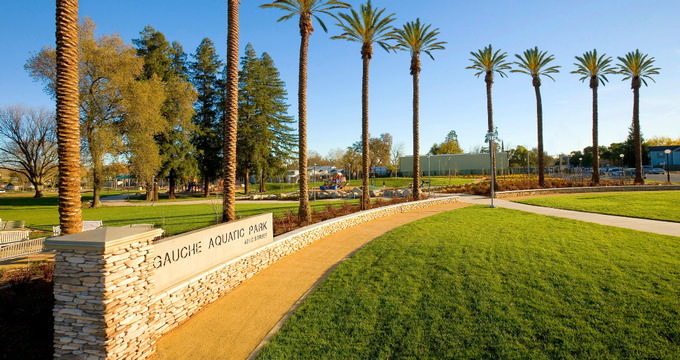 Yuba City is California's 21st-largest metropolitan area, located within the Greater Sacramento statistical area and home to a population of nearly 65,000 residents. The city, which is located adjacent to Marysville at the confluence of the Yuba and Feather Rivers, enjoys a hot Mediterranean climate year-round. 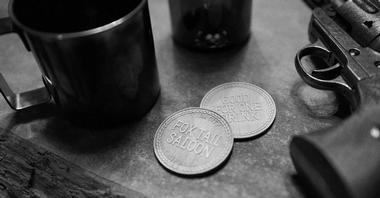 NorCal Escape Co. is a unique escape room attraction offering original real-life escape experiences in West Yuba City since 2015. The attraction, which is open to the public year-round on Fridays, Saturdays, and Sundays, offers four clever types of escape games, which challenge participants to solve story-themed clues together to figure out how to escape together within one hour. The company is best known for its Condemned series games, which follow the legend of a notorious serial killer whose fan following continue to carry out crimes after his capture. Other games offered include the Fox Tail Saloon game, which plays off the legend of 19th-century criminal Billy the Kid, and an Escape Truck game, which casts participants as convicts attempting to escape a correctional facility transport truck. Private game reservations are available upon request for small groups, including corporate team-building events.

-- You are reading "10 Best Things to Do in Yuba City, California" Back to Top

The Sutter Buttes are a world-renowned complex of eroded lava domes near Yuba City within California's Sacramento Valley, considered to be the world's smallest mountain range. The buttes, which formed approximately 1.6 million years ago due to volcanic activity along a now-defunct fault line, were significant religious sites for the region's Maidu and Wintun indigenous people and are named today for early California pioneer John Sutter. Though nearly 2,000 acres of land around the buttes was purchased by the California Department of Parks and Recreation in 2003 for the development of a state park, no progress has been made on a park facility to this day. However, a 200-acre area of the buttes is accessible via guided nature hikes by the Middle Mountain Foundation and the Sutter County Historical Society.

-- You are reading "10 Best Things to Do in Yuba City, California" Back to Top 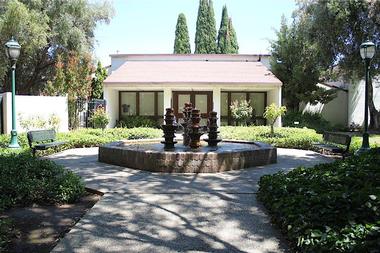 The Community Memorial Museum of Sutter County is a public museum that showcases the cultural history of the Sutter County region, originally opened in 1975 through donations by the Sutter County Historical Society and Norma and Howard Harter. Today, it is operated through a partnership between the nonprofit Museum Association and Sutter County, open to the public for free Tuesdays through Sundays during the afternoon hours. More than 15,000 artifacts are presented throughout the museum's exhibits, which chronicle the region's culture from its indigenous Nisenan Maidu roots through its early pioneer history and its present-day inhabitants. Exhibits also detail the geology and history of the majestic Sutter Buttes, as well as the influence of agriculture on the region's economy and history. 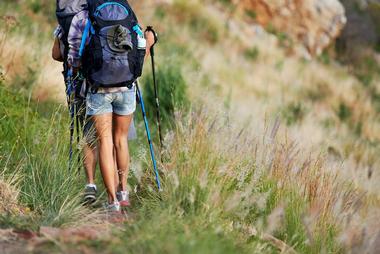 Middle Mountain Foundation Hikes offer exclusive opportunities to explore the stunning Sutter Buttes, which are considered to be the smallest mountain range in the world. Since the 1960s, the buttes have not been accessible to the general public, but tours offered by the Middle Mountain Foundation in conjunction with the Sutter County Historical Society still provide a chance to see the majestic and unique geological features. Hikes last throughout the morning and afternoon hours, available for groups of up to 20 participants. Specialty hikes offered throughout the year include Art Treks, which encourage participants to bring art supplies and allow the natural terrain to inspire their creativity, and Birds in the Buttes bird watching hikes.

-- You are reading "Fun Things to Do in Yuba City, California this Weekend with Friends" Back to Top 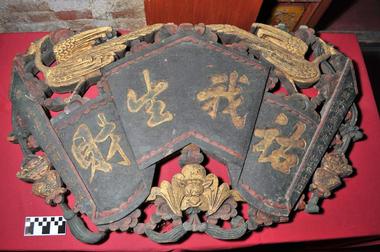 Bok Kai Temple is a religious and community center in Marysville, originally constructed in 1854 at a site several blocks upstream the Yuba River as a place of worship for Chinese immigrant workers relocating after the California Gold Rush. The temple, which honors the Chinese god of irrigation and flooding known as Bok Eye, was relocated in 1880 and fully restored in 1947, open to the public for worship by appointment on the weekends during the morning and afternoon hours. Spectacular architecture is showcased throughout, with a central altar featuring statues of five central Chinese gods. Annual community special events held at the temple include Yee Yeut Yee, or Bomb Day, which is held each year in March in honor of Chinese water god The Bok Kai and features a parade and a ceremonial bomb firing.

-- You are reading "Top Romantic Tourist Attractions in Yuba City, California" Back to Top 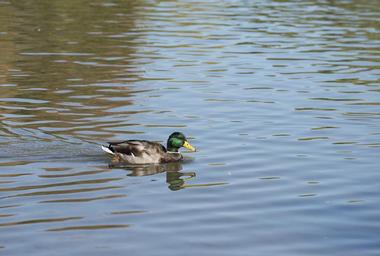 Ellis Lake is a manmade lake in Marysville that is named in honor of prominent regional citizen W.T. Ellis, Jr., originally constructed in 1939 by the Works Progress Administration as part of a project designed by Golden Gate Park designer John McClaren. The lake, which is located between the city's 9th and 14th Streets and B and D Streets, is housed within the public Ellis Lake Park, which offers two tennis courts, a dock and boat landing, and a bridge connecting the park's mainland to Gazebo Island and North Ellis Lake Island. Pedal boats are available for rental, with fishing opportunities offered on shore or by boat. A computerized fountain and light system, installed in 2007, illuminates the lake each evening in displays containing more than three dozen colors. Annual events held at the lake include a Youth Fishing Derby in September and a Great American Regatta held on Fourth of July weekend.

-- You are reading "What is There to Do with Kids in Yuba City, California" Back to Top 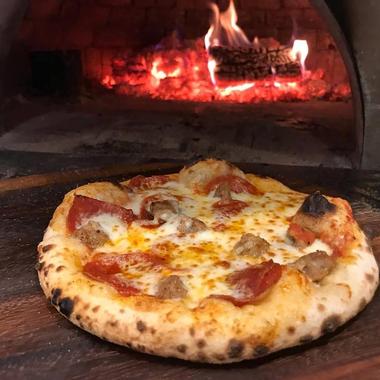 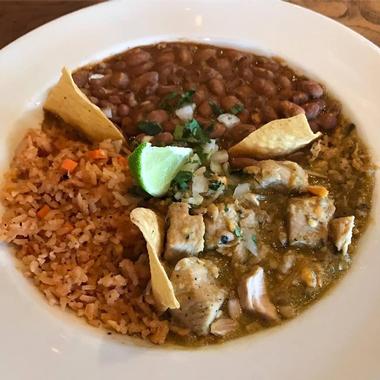 Dancing Tomato Caffe is a charming casual dining pizzeria, bar, grill, and coffee shop, owned and operated by Kevin and Shar Katz since 2004. The restaurant serves up full cafe menus at breakfast, lunch, and dinner daily, emphasizing sustainability principles in all its business practices and crafting dishes prepared with the finest locally-sourced ingredients available. Signature menu items include the cafe's housemade pizzas, which are available with unique meat, vegetable, marinara, pesto, or alfredo sauce options and a wide variety of toppings. Other options available include classic Italian pasta dishes, burgers and sandwiches, and breakfast favorites such as pancakes and omelets. A full selection of wines, beers, and cocktails are available at the restaurant's Brick Wall full-service bar.

, Michigan beaches -- "Best Things to Do in Yuba City, California for Locals & Tourists - Restaurants, Hotels" Back to Top 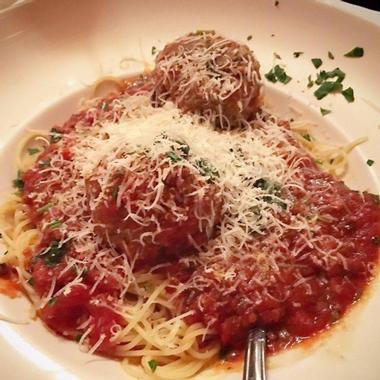 Marcello's Italian Restaurant and Lounge is an upscale Italian restaurant in Yuba City, owned and operated by executive chef Octavio Perez and his family since 2005. The restaurant serves up an extensive menu of fine Italian fare, including create-your-own Italian-style calzone and pizza options with topping such as chorizo, artichoke hearts, jalapenos, and fresh garlic. Specialty pasta and vegetarian entrees include classic Italian favorites such as eggplant parmesan, fettuccine alfredo, and baked spinach ravioli, while land and sea entrees include linguine shrimp scampi, veal piccata, chicken marsala, and baby-back barbecue ribs. Shareable appetizers are also served up, including calamari, steamed mussels, stuffed mushrooms, and bruschetta.

You are reading "10 Best Things to Do in Yuba City, California " Back to Top

21 Best Things to Do in Glendale, California

16 Best Things to Do in Watsonville, CA