16 Best Things to Do in San Rafael, California 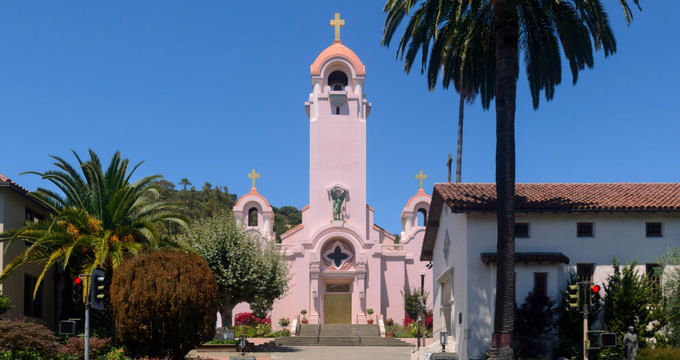 The cultural and political center of Marin County, San Rafael is home to several excellent museums and art galleries, including the Marin History Museum, the Museum of International Propaganda, Art Works Downtown, and the Falkirk Cultural Center. The Marin County Farmers' Market is a favorite spot for fresh produce and delicious homemade fare. 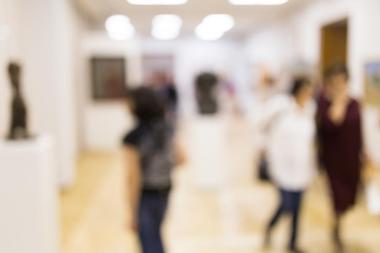 The Museum of International Propaganda is dedicated to displaying political propaganda from around the world and showcases how repressive regimes of the 20th century used visual communication to manipulate the populace. The museum’s collection boasts political art, photographs and memorabilia amassed over 35 years by curators, Tom and Lilka Areton, including pieces from the significant repressive states of the last century such as Communist China, the Soviet Union, and Nazi Germany. Notable pieces include a ceramic sculpture of Mao Tse-tung surrounded by four red guards looking up at him in adoration, and a large framed socialist realism painting depicting a Soviet Red Army colonel sitting in front of a farmhouse just liberated from the Germans. 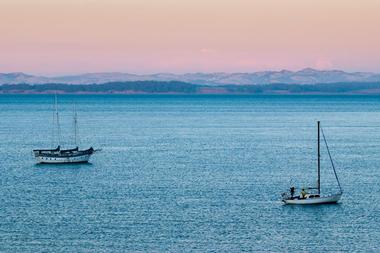 China Camp State Park is a state park in San Rafael that surrounds a historical Chinese American shrimp-fishing village and a salt marsh and is renowned for great hiking, mountain biking trails, beautiful wide open spaces, and scenic vistas. Situated on the shores of San Pablo Bay, the 1,648-acre bayside park is named after a Chinese fishing village that once flourished on the site and features a preserved fisherman’s cottage and the China Camp Museum, which visitors can explore. Amenities at the park include plenty of hiking and mountain biking trails, picnic areas, lovely beaches with safe swimming areas, walk-in campsites, and a historic 19th-century Chinese fishing village. The park features a variety of fauna and flora, ranging from grassland and salt marsh to oak woodland and oak and redwood forests. 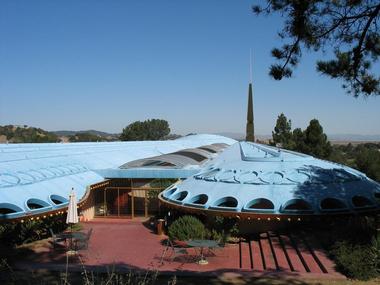 The Marin County Civic Center is a national- and state-designated historic landmark that was designed by internationally acclaimed architect Frank Lloyd Wright. Built in the early 1960s, the building was Wright's 770th commission and one of his last and most important works, even though he died before seeing it completed. The Marin County Civic Center features the Administration and Hall of Justice buildings, both of which dramatically illustrate Wright's architectural connection to the surrounding landscape. Visitors can explore the building on 90-minute docent-led tours every Wednesday and Friday which leave from the second-floor Café. Private tours can also be arranged through the Visitor Services Office.

, OH -- You are reading "16 Best Things to Do in San Rafael, California" Back to Top

Founded in 1817 as a hospital and convalescent home of Mission San Francisco de Asís to treat sick Native Americans, the Mission San Rafael Arcángel was Alta California's first sanitarium. Constructed entirely by native craftsmen in a simple and unassuming style, the mission was later occupied by General John C. Fremont during the Bear Flag Revolt in 1848 before falling into disrepair. The building was restored to its former glory in the early 1900s with a façade similar to San Carlos Borromeo de Carmelo. The building houses a small museum with a collection that features includes three of the original mission bells, hanging from a small wooden bar at the entrance to the chapel. 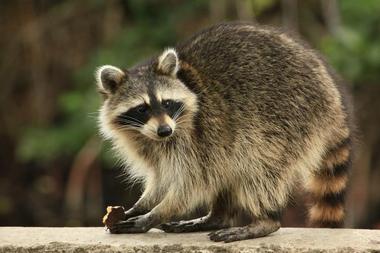 
Located in downtown San Rafael, WildCare is an animal sanctuary that rescues, treats and cares for sick or injured animals. The urban wildlife hospital also aims to educate people about wildlife conservation and the protection of animals and their habitats through environmental education workshops, classes, and in-the-wilderness programs. Programs include WildCare’s Nature Camp for children between the ages of three and 12 years, weekly day camps in summer, spring and winter, fun family outings in both English and Spanish, and a Junior Botanist Program, which introduces students to native trees, ferns, flowers, and grasses.

-- You are reading "What to Do in San Rafael, California this Weekend" Back to Top 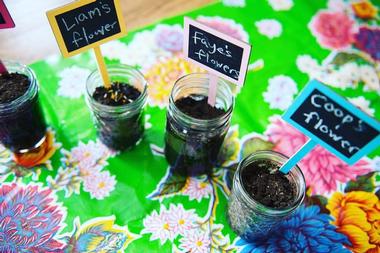 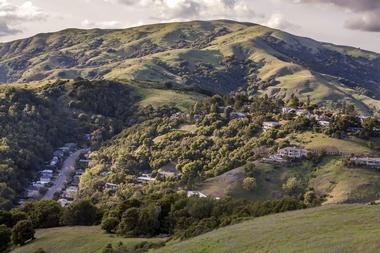 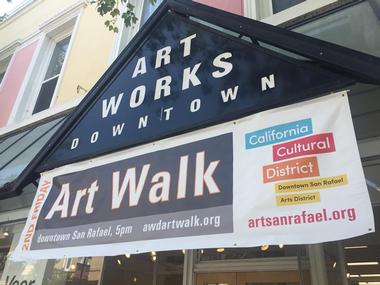 Art Works Downtown is a non-profit art center in the heart of San Rafael's burgeoning Fourth Street art district that brings together a variety of initiatives that support the creative process from affordable studio space for artists and low-income housing to exhibit galleries, outreach programs, art classes, lectures, and art-related events. Based in a 40,000 square-foot historic building that dates back 130 years, Art Works Downtown features four art galleries, 27 art studios, a ceramic center, a jewelers guild, a framing shop, a restaurant, and 17 low-cost apartments. The center also hosts a variety of exhibits, art installations and art events throughout the year. Art Works Downtown is open to the public Tuesday through Saturday.

The Marin Bocce Federation is an organization dedicated to promoting the sport of bocce. Set among a grove a redwood trees and a beautiful rose garden, the facility features eight outside courts and two indoor courts. Developed in 1992 to revitalize San Rafael’s Albert Park with a focus on increasing family-oriented activities, the Marin Bocce Federation hosts three, morning leagues and five-night leagues from March through October with almost 1600 players that play in 160 teams, as well as tournaments throughout the year.

, Michigan beaches -- "Best Things to Do in San Rafael, California for Locals & Tourists - Restaurants, Hotels" Back to Top 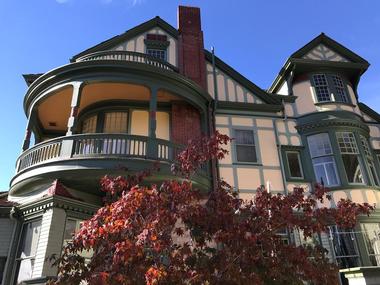 The Falkirk Cultural Center is a beautiful 19th century 11-acre country estate with an elegant three-story home built in a blend of Queen Anne and Eastlake styles that dates back to 1888. Owned and operated by the City of San Rafael and listed on the National Historic Register, the estate was once the home of shipping magnate Robert Dollar who named the estate Falkirk in honor of his Scottish birthplace. Surrounded by beautifully maintained gardens and grounds that include wooded hillsides, a restored greenhouse with tropical plants, and a sculpture garden, the 17-room mansion was purchased by the community in 1974 to be preserved as a historical and cultural resource and has served the Marin community ever since. The Falkirk Cultural Center houses art galleries that exhibit contemporary artworks and hosts seasonal public events throughout the year. 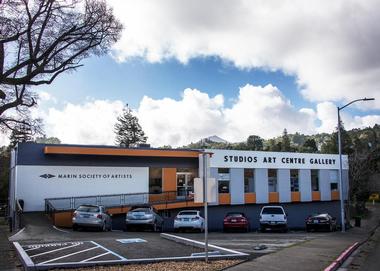 The Marin Society of Artists is dedicated to promoting the arts in the Marin County community. Established in 1927, the organization presents monthly exhibitions of local and international art with the aim of encouraging an interest in the world of art. The society also provides a space for artists to express themselves and for the community to discover, develop and appreciate artistic expression and hosts a variety of art-related events throughout the year such as art classes, studio space, community art, painting and drawing workshops, lectures and symposiums, and several exhibitions. The organization also holds a Friday Art Walk on the second Friday of every month and is open to the public Wednesday through Sunday.

12.Things to Do in San Rafael, California: Cafe Arrivederci 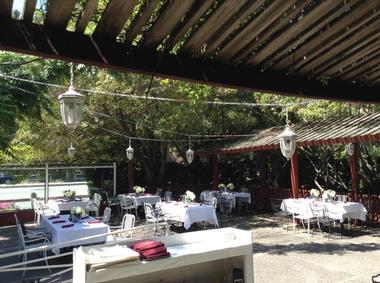 Café Arrivederci is a friendly, neighborhood eatery that serves Italian comfort food and an extensive wine list in a comfortable, yet sophisticated atmosphere with indoor and outdoor patio seating. Owned by Pedro Ulloa and Carlo Scatena, Café Arrivederci serves a menu of traditional Italian fare using fresh local ingredients and local flavors, including antipasto, fresh salads, homemade soup, fresh seafood and meat entrées, pasta and pizza, and decadent desserts. The delicious food is accompanied by a curated wine list of local and international wines and served by friendly professional staff, guaranteeing an exceptional dining experience in the heart of San Rafael. Café Arrivederci is open for lunch and dinner, Monday through Saturday and dinner only on Sundays. 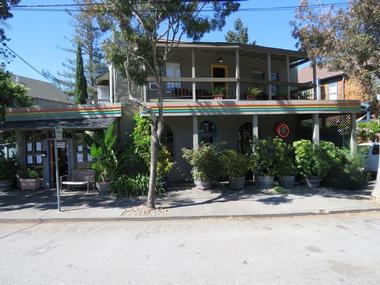 Based in the Panama Hotel, the Panama Restaurant is an elegant, welcoming eatery that serves a menu of Latin American, Mediterranean and Californian influenced fare and small-production, family-owned, boutique wines in a stylish atmosphere with live music. Using the highest quality, locally sourced organic ingredients, the Panama Restaurant has a menu that boasts signature dishes such as Dungeness crab, ahi tuna ceviche, smoked salmon, fresh seafood, and New York style prime steak. The restaurant offers indoor and outdoor patio seating and is open for lunch Tuesday through Friday, dinner Tuesday through Sunday, brunch on Sundays, and hosts live music Tuesday through Thursday.

-- You are reading "16 Best Things to Do in San Rafael, California" Back to Top or Amazing things to do around me 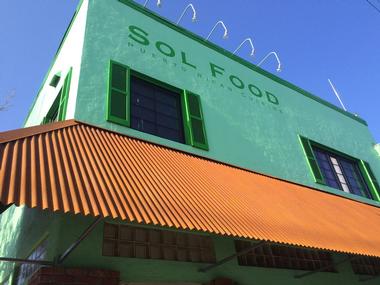 Sol Food Puerto Rican Cuisine is an authentic Puerto Rican comfort food restaurant that offers traditional Latin cooking packed with the flavors of the Caribbean in a lively, colorful atmosphere. Sol Food is located on the corner of Lincoln and 3rd St in downtown San Rafael, the bustling restaurant serves traditional Latin American dishes such as the Pastelon de Carne with seasoned ground beef studded with olives and layered over a base of sweet plantains, and a bistec sandwich stuffed with tender sirloin, Swiss cheese, avocado slices, and grilled onions. Desserts include a mango bread pudding topped with baked pineapple and mango pineapple sauce. Sol Food Puerto Rican Cuisine is open for lunch and dinner, seven days a week.

15.Things to Do in San Rafael, California: Crepevine Restaurant 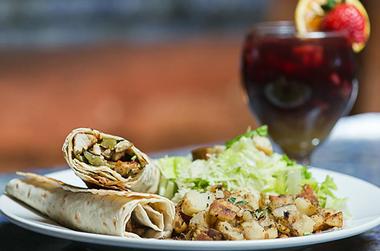 Crepevine is a local family-owned restaurant chain that serves classic American fare, sweet and savory crêpes, and organic, fair-trade coffee in a casual, relaxed setting. The restaurant presents a menu of dishes that are prepared using the freshest, healthiest, ingredients such as 100% natural beef, ocean raised Canadian salmon, cage-free farm eggs, and locally sourced vegetables, herbs and fruit, and all dressings and sauces are made from scratch. The menu includes gourmet sandwiches, fresh salads, handmade pasta and sauces, omelets and Benedictines, and a selection of sweet and savory pancakes. Crepevine is open for breakfast, lunch, and dinner, seven days a week.

16.Things to Do in San Rafael, California: Il Davide Restaurant 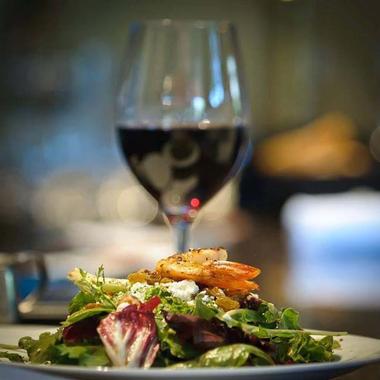 Il Davide is a classic Italian restaurant that serves refined Tuscan and northern Italian fare in a friendly and lively atmosphere. Founded in 1995, Il Davide has fast become one of Marin County’s leading Italian restaurants, attracting both time-honored regulars and new customers with their mouthwatering menu of traditional Italian cuisine. Conveniently located in the in the middle of A Street just off Fourth, the restaurant boasts bright interiors with a high angled ceiling and several dining spaces including a cozy alcove with banquette seating, tall table with stools, and outdoor sidewalk seating in the summer months. The menu features some exceptional signature dishes such as Gamberi Pancetta of perfectly grilled large tail-on prawns wrapped in pancetta, housemade black squid ink tagliarini, hearty lamb stew with butternut squash polenta, Maine lobster, and Calabrese spicy sausage with bottarga and breadcrumbs. Il Davide is open for lunch and dinner, Tuesday through Saturday, and dinner only on Sunday.

16 Best Things to Do in San Rafael, California

You are reading "16 Best Things to Do in San Rafael, California " Back to Top

10 Best Things to Do in Red Bluff, CA

15 Best Things to Do in Torrance, California

25 Best Things To Do in Santa Rosa, California

25 Best Things to Do in Malibu, Southern California