15 Best Things to Do in Arcadia, California 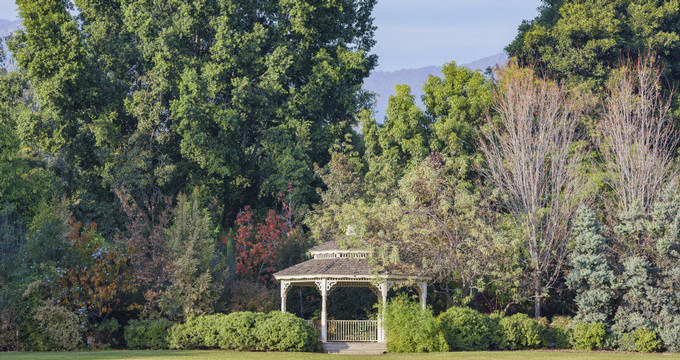 Arcadia is one of the most diverse cities in Southern California and is home to a number of sights, attractions, and restaurants that reflect that. No visit to Arcadia is complete without a visit to the Santa Anita Race Park - a thoroughbred race track which the area has become renowned for. 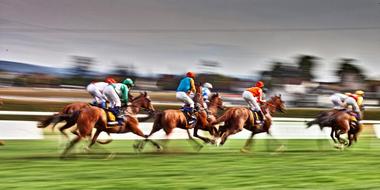 Situated against the backdrop of the San Gabriel Mountains, the Santa Anita Race Park is one of the most beautiful thoroughbred flat race tracks in the world. Depending on when you’re there, you may be able to attend one of the many prestigious events which are held there such as the Santa Anita Handicap, Santa Anita Derby, and the Breeders’ Cup. Dine on a delicious meal at the Frontrunner Restaurant with its seasonally revolving menu as you watch the races from the glass-wall windows set above the track; they also have a 215-foot long bar, making it the perfect place for drinks during any event. 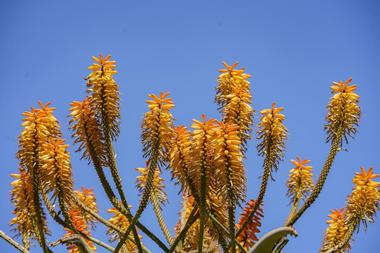 Spanning over 127 acres, the Los Angeles County Arboretum & Botanic Garden is a historical site which can be found amidst the foothills of the San Gabriel Mountains. The arboretum was founded in 1947 and the first greenhouse was constructed within two years. Their collection started with the planting of 1,000 trees and soon expanded to including a Tropical Greenhouse and Jungle Garden, both of which are still available to explore today. A walk through the gardens will give you an in-depth look at all of their plants, which are grouped by geographical region; other displays include the Native Oaks, the Aquatic Garden, and the Palm and Bamboo collection.

Angeles National Forest can be found in Arcadia within the Sierra Pelona Mountains and the San Gabriel Mountains. The national forest, which is now a California Historical Landmark, was established in 1908 and comprises over 655,000 acres. You can spend your time hiking or mountain biking through the many trails and exploring the five designated wilderness areas: Cucamonga Wilderness, Magic Mountain Wilderness, Pleasant View Ridge Wilderness, San Gabriel Wilderness, and Sheep Mountain Wilderness. Other aspects include several designated picnic areas, manicured campgrounds, and wonderful ski areas which are open to the public in the winter. 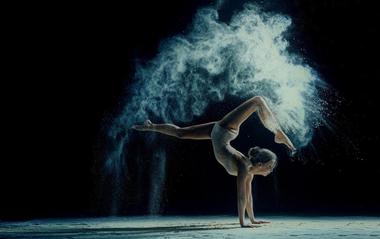 The Arcadia Performing Arts Center is a performance and event venue in Arcadia, California. Established in 2012, it is the busiest performing arts center in Pasadena and the entire San Gabriel Valley. The modern 40,000-square-foot venue includes a modern concert hall that can accommodate 1,153 guests and an intimate black box theatre for 125 guests. Acting as the hub for funding for school arts education, the center is located at the 65-year-old Arcadia High School, known for some famous arts alumni such as star of Sound of Music Debbie Turner, hip-hop music producer Scoop DeVille, and many others. The center presents world-class performances as well as emerging acts for diverse audiences, with the goal of making great art accessible to as many people as possible. 
Jump ‘n Jammin is an indoor kids’ play center that is filled with all sorts of slides, obstacle courses, climbing walls, and other activities that are suitable for kids of all ages. The multi-level play structures are mind-blowing and vary from tubes and barrel rolls to giant slides and an exploding foam ball volcano. Even toddlers have a play area all their own, to ensure that kids of each age group have designated activity areas that are suitable for them. Parents are urged to stay and participate with their kids in the open area, but a specific J-Care facility is available for those who want to drop off theirs kids aged three to twelve for interactive childcare services for up to four hours. 
Wilderness Park is a serene and peaceful oasis that comprises grassy fields, a nature center, designated picnicking areas, and vast hiking trails. It’s a wonderful place to relax and unwind, whether you choose to go on a solo exploration or enjoy the surroundings with friends and family. The nature center is home to many animals which visitors of all ages can enjoy, while the park’s pond is popular with residents and visitors as a place to meditate. Other features and facilities include guided nature walks, event use, overnight camping, and merit badge classes such as first aid, emergency preparedness, and environmental science in line with the Boy Scouts. 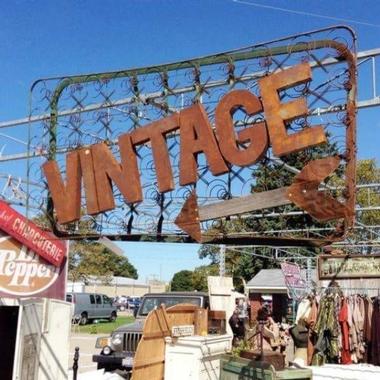 Visit Vintage Treasures & Antiques Arcadia to peruse the never-ending racks of amazing vintage clothing, unique antique items, and a number of one-of-a-kind jewelries, accessories, and hats. It’s the perfect place to find something special for yourself or a friend, especially if you’re on the lookout for rare furniture such as a hanging coat rack or chair. Their jewelry collection is exquisite and vary from gold earrings and turquoise pendants to handmade, beaded bracelets which can’t be found anywhere else. You’ll conveniently find a consignment shop next door that also has an array of clothes, shoes, and much more.

8.The Gilb Museum of Arcadia Heritage 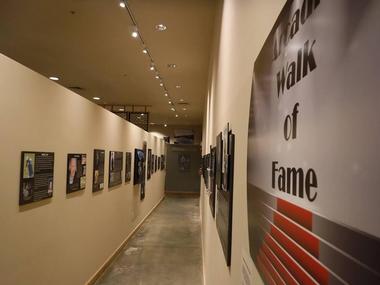 © The Gilb Museum of Arcadia Heritage

The Gilb Museum of Arcadia Heritage is committed to collecting, preserving, and sharing Arcadia’s history through a number of exhibits and programs which bring the community together. The museum has been around since 2001 and has several artifacts and artworks which represent the local people and the culture they comprise. The main gallery has exhibits of Arcadia’s history in chronological order, starting from the Native Americans who are indigenous to Arcadia and working its way through to the early American period. You’ll also be able to explore permanent spaces dedicated to Santa Anita Park, famous Arcadians, and Arcadia in the movies. 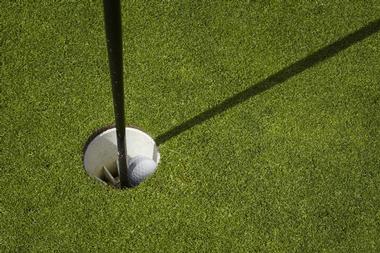 Though it may not have always been named the Santa Anita Golf Course, the 185 acres which the course was built on has always been used for some form of recreation. The land was originally a part of the “Lucky” Baldwin Ranch and has a history which dates back to it being a camping site for Native Americans, a horse race track, and a balloon school for the U.S. Army Air Service. The golf courses were introduced in 1938 and continues to be one of the most beautifully maintained greens in the area. Golfers of all skill levels will find the landscape to be varied, challenging, and fun as they take a swing while enjoying views of the San Gabriel Mountains. 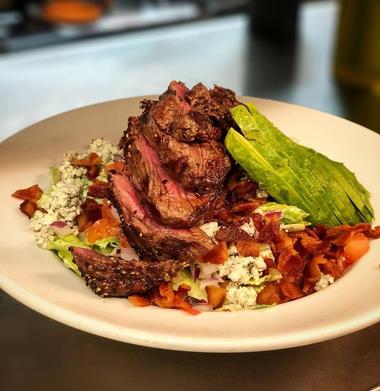 The Derby is one of Arcadia’s most sophisticated restaurants and has been serving fine foods such as mouthwatering seafood and steak to the area’s residents and visitors since 1922. The award-winning upscale dining establishment has an extensive lunch and dinner menu with a few of the popular favorites being chicken parmesan, the Atlantic salmon filet, and slow roasted prime rib. Due to its close proximity to the racetrack, the Derby restaurant has attracted many racing celebrities and enthusiasts over the years. This has allowed them to expand their constantly growing collection of racing memorabilia which you can see displayed on their walls. 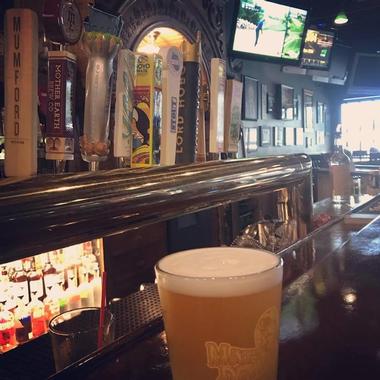 Matt Dennys Ale House is a welcoming, family-friendly restaurant and pub that boasts an extensive collection of beers from all around the world. It’s a great place to sample a number of independently brewed beers, many of which are local, and to pair them with delicious meals for lunch and dinner. They offer salads, sandwiches, pasta, smoked meats, steaks, ribs, chicken, and seafood - all of which are accompanied or seasoned with dressings, sauces, and rubs which are made in-house from homemade recipes. Some of the house specialties which you should try include the Guinness pot pie, the chicken marsala, and their Ensenada fish tacos which are filled with their special beer-battered cod. Din Tai Fung originally started in 1958 as a cooking oil retail business, which then grew to a noodle and steamed dumpling restaurant. Today, the restaurant has branches all over the world, allowing people with varying palates to get a “taste of Taiwan”. They have been reviewed as serving “the world’s greatest dumplings” and similar complimentary remarks by renowned establishments such as Forbes, Zagat, the Wall Street Journal, and Time Magazine. They have two branches in Arcadia, both of which serve delicious lunch and dinner options such as sweet and sour spare ribs, their wood ear mushrooms in vinegar dressing, and their famed fried pork chops. 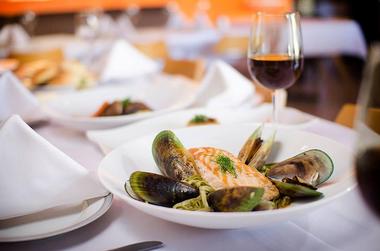 The Sesame Grill is a French-American fusion restaurant which has been serving local and visiting families with an array of carefully prepared dishes for years. They use a number of fresh, quality ingredients to prepare their meats, seafood, and vegetarian meals, ensuring that the flavors are carefully combined to come together deliciously. Start your meal with appetizers such as the soup of the day, beef carpaccio, roasted bone marrow, or the baked helix escargots Bourgogne. Those who are there for lunch might want to try their lunch combo which includes one entree and soup, steamed white rice, vegetable roll, iceberg salad, fresh fruit and cheesecake. Entree choices comprise the grilled pork loin, sautéed sole fillet, and the chicken scaloppini. 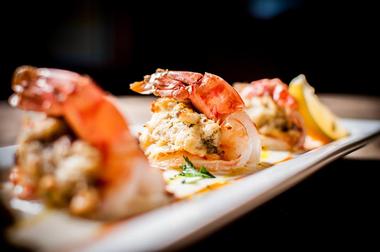 The Capital Seafood Restaurant serves a number of Asian-influenced cuisine and can be found in Arcadia’s Restaurant Row. You’ll have several authentic Chinese entrees to choose from, no matter if you prefer meat, poultry, vegetables, or seafood - which is what they’re famed for with their patrons. Crowd-pleasing choices from their menu include the salt and pepper calamari, honey walnut shrimp, and their dim sum platter. The elegant dining experience combines service fit for royalty with a comfort that can only be felt in a family-style meal at home, so be sure to stop by during your visit to Arcadia. 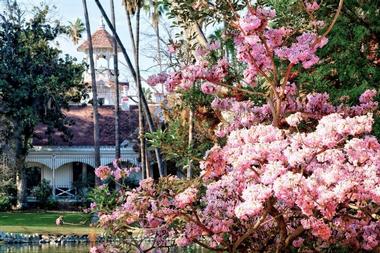 Situated on the grounds of the Los Angeles County Arboretum and Botanic Garden, the Queen Anne Cottage and Coach Barn comprises a stunning set of buildings which have a distinct Victorian style. The cottage and barn, which are now listed on the National Register of Historic Places, were erected between the 1870s and 1890s. You’ll be able to see the well-preserved example of Queen Anne Style architecture which the structures exude. Public walking tours through the cottage and coach barn will give you insight into the Albert A. Bennett, the architect, and the history of the buildings.

15 Best Things to Do in Arcadia, California