15 Best Things to Do in Gulf Shores 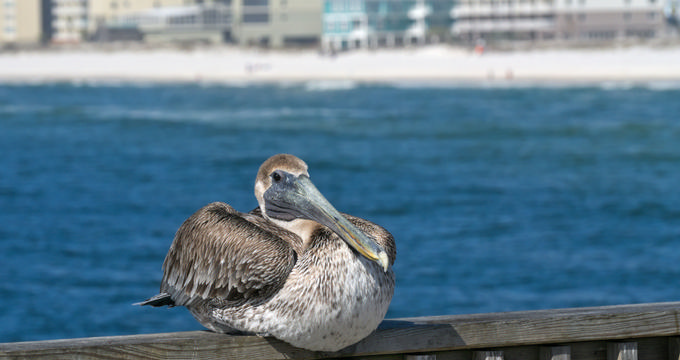 Gulf Shores, Alabama is one of America’s hidden gem tourist towns, spanning 28 square miles along the Gulf of Mexico within Baldwin County. Opportunities for cruises, ocean fishing, and world-class golf also draw visitors to the area, along with tourist attractions such as the Alabama Gulf Coast Zoo and Waterville USA. 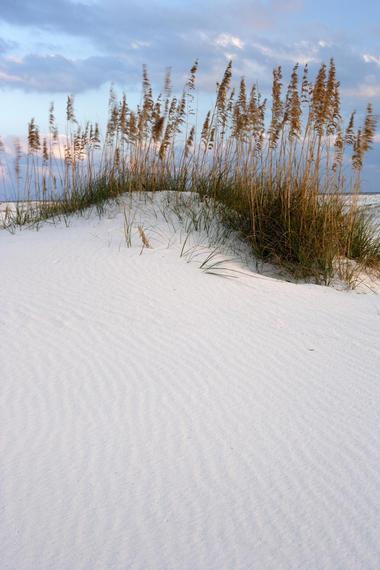 Gulf State Park is a 6,500-acre park located along the Gulf of Mexico between Highways 59 and 161 that is managed by the Alabama Department of Conservation and Natural Resources. The park offers 2.5 miles of public beach areas, along with areas of marshland and forest habitats and the day-use Lake Shelby, Little Lake, and Middle Lake. Kayaks and paddleboards may be rented for use on Lake Shelby, and fresh and saltwater fishing is permitted. Nearly 500 campsites are available for overnight use, along with three dozen rental cabins and cottages. Other public facilities include a historic casino, a 5,000-square-foot swimming pool with a splash pad, an 18-hole golf course, and a nature center. 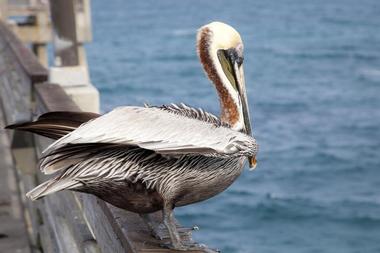 Gulf State Park Fishing Pier was reconstructed in the wake of its demolition by 2004’s Hurricane Ivan and offers brand-new features such as an indoor concession seating area, a retail tackle shop, and wheelchair-accessible rail fishing opportunities. The 1,540-foot pier offers more than 2,400 feet of fishing space, making it the Gulf of Mexico’s largest public pier. Comfort stations are offered along the pier’s mid-section, and fishing licenses are available for purchase on site. Other amenities include a souvenir shop and signs detailing the area’s native fish and wildlife. Children under the age of 11 may use the pier for free with paying adult admission. 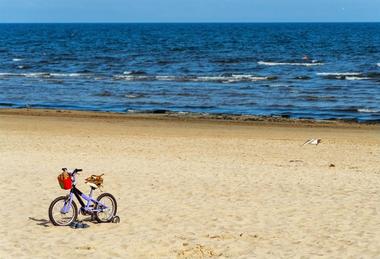 Gulf Shores Public Beach is located at the dead end of Highway 59 into the Gulf of Mexico and is available for day use for visitors. The beach’s main parking lot requires a nominal daily fee, though free parking is available on streets surrounding the beach area. Three open-air pavilions are provided for visitors, along with a picnic area and onsite restrooms and showers, including handicap-accessible facilities. Beach attendants are staffed at the site, and outdoor boardwalks are provided along the city’s 5th, 6th, and 13th Streets. Visitors should note that the beach is a very popular spot during peak summer months and are recommended to arrive early to find prime parking. 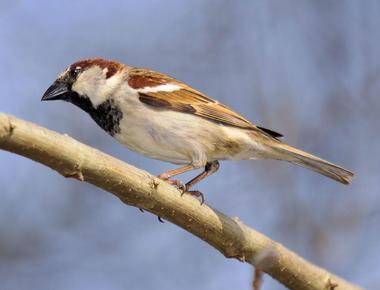 Bon Secour National Wildlife Refuge spans 7,157 acres spread across five units within Mobile and Baldwin Counties. The refuge is located directly west of the city of Gulf Shores along the Fort Morgan Peninsula and provides an important feeding and resting area for more than 400 species of native and migratory birds. The refuge was established in 1980 and features the Fort Morgan, Little Dauphin Island, Little Point Clear, Perdue, and Sand Bayou units, which together comprise one of the Gulf Coast’s largest undeveloped regions. Protected beachfront, scrub forest, marshland, and swampland habitats are maintained throughout the refuge, which is also home to a number of endangered and threatened wildlife species. Four visitors trails are offered in the refuge’s Perdue unit, spanning a total distance of five miles. 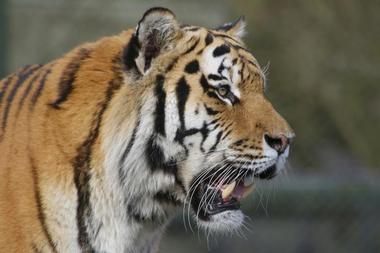 
Alabama Gulf Coast Zoo originated as the private Zooland Animal Park refuge operated by Gulf Shores resident Joey Ward, which was opened to the public in 1989. Following a series of hurricanes in the late 1990s and early 2000s, including 2004’s Hurricane Ivan, the zoo gained a national profile as the “Little Zoo That Could” due to its appearance on the Animal Planet series of the same name, which focused on its animal relocation and reconstruction efforts following the hurricanes. Today, the zoo is home to more than 500 native and exotic animals, including species such as leopards, tigers, monkeys, lions, and macaws. Attractions include a reptile house, petting zoo area, and aviary, with animal encounters and keeper talks offered periodically throughout the day. 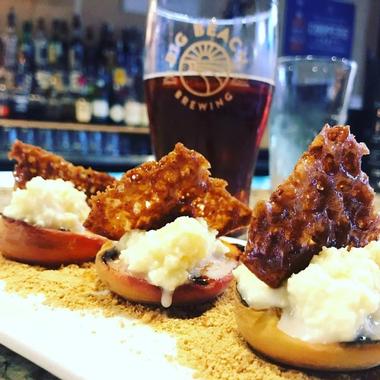 
Big Beach Brewing was the vision of Jule and Jim Shamburger and is the state’s southernmost craft brewery, operating out of its open-air taproom facility at Orange Beach. 12 beers are available on draft at the brewery’s taproom at any given time, including year-round favorites such as Rod’s Reel Cream Ale, Small Town Brown Ale, Dixie’s Heart Irish Red, and Hundred Daze IPA. Non-alcoholic craft beverages are also tapped, including house-made lemonade. Fireplace seating is available, along with delivery service from a number of local restaurants. Public special events include live music performances and daily brewery tours, which embark at the top of each hour. 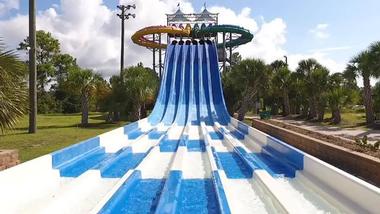 Waterville USA is a 20-acre water amusement park located less than a quarter mile from the Gulf of Mexico. The facility was opened in 1986 as a family waterpark for the Gulf Shores community and has added a large number of additional family attractions in recent years, including a miniature golf course, escape house, and go-karting track. As one of the Gulf Coast’s leading water parks, it boasts attractions such as the triple-drop Triple Dog Dare and enclose high-speed Jet Stream water slides, as well as a Dune Racer mat racing course, North Shore wave pool, and Crystal Waters lazy river. Two children’s water play areas are also provided, including Wa Wa World and the climbing play structure Shrimp Boat Village. Dual admission is offered for the park’s water and land attractions, and birthday party packages may be reserved for young visitors wishing to celebrate their birthdays at the park. 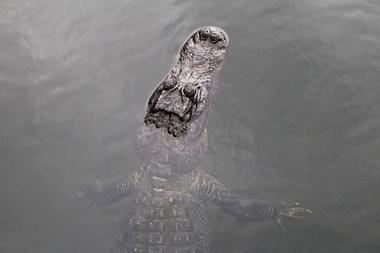 WildNative Tours are coastal Alabama’s leading nature tour operators, founded in 2005 by Australian immigrant Kristian Aboud as a helicopter touring company. Since then, the company has grown into a nationally-acclaimed touring company, featured in National Geographic’s television programming and magazine content. Today, the company has expanded to offer a wide variety of eco-tourism experiences, including Gulf Coast and Mobile-Tensaw Delta sunset tours, port tours, canoe and kayaking expeditions, and group tours to some of the region’s most remote historic sites, including Mobile Bay’s Middle Bay Light and the Bottle Creek indigenous mound complex. Customizable group tours are offered for scouting groups and small organizations, along with full-service camping and safari expeditions. 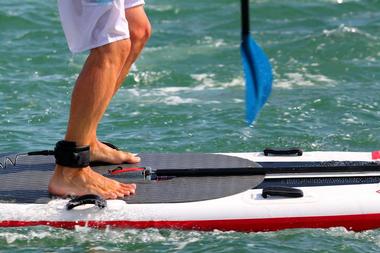 Island Life Beach Rentals and Charters offers rental equipment and tailored excursions for visitors looking to explore the pristine waters of the Gulf Coast. Tandem and fishing kayaks are available for rental on a daily or weekly basis, along with YOLO yak boards, standard paddleboards, and lightweight children’s kayaks. Kayak and equipment rentals may be delivered directly to visitors or picked up at the company’s shoreline location. The company works with a number of experienced fishing guides to offer customized fishing charters for single participants and small groups of up to 20 people. In-shore, near-shore, and deep-sea experiences are available. 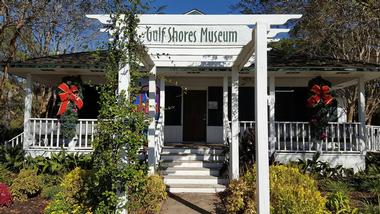 Gulf Shores Museum is housed within a historic early 20th century house relocated to the Gulf Shores region following 1979’s Hurricane Frederic that has served as a civic building since the 1980s. Today, it houses a museum documenting the region’s civic and social history, which offers permanent and rotating temporary exhibits and seasonal special event programming. Major exhibits include the Portrait of a Fishing Village exhibit, which showcases the history of Lagoon Village in the 19th century, and the Drawing a Line in the Sand exhibit, developed in commemoration of the city’s 50th anniversary in 2007. A butterfly garden is also offered seasonally, created in conjunction with the Gulf Shores Garden Club. During the summer months, children are invited to the museum for the History Rocks program, which focuses on a variety of cultural and historical topics. 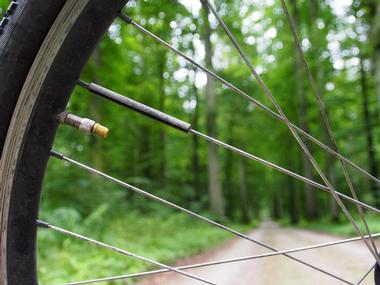 Fort Morgan Road Trail spans the length of the city’s Fort Morgan Road, beginning at Gulf State Park’s western edge and spanning more than five miles throughout the region. The trail is paved with asphalt and provides access for walkers, joggers, bikers, and inline skaters, paralleling the roadway through a number of tree-lined residential areas before its terminus at the Peninsula Golf Club. It is an easy walk for walkers and cyclists of all ability levels, though visitors should note that its eastern end features a few mild climbs in elevation. Parking, restrooms, and drinking fountains are provided at the trail’s eastern end, which also allows visitors to continue along several of the park’s Hugh Branyon Backcountry Trails for further hiking experiences.

Gulf Shores Seafood is Baldwin County’s number-one seafood market, located directly across the street from the Waterville USA water park. The market has been in operation for more than 60 years and is operated by Gina and Patrick Daily. It offers a full pickup seafood market featuring the finest fresh Alabama Gulf seafood, including grouper, flounder, yellowfin tuna, crabmeat, oysters, and crawfish. Grocery seafood supplies are sold at the market, including fresh produce, dry goods, and house-made dips and breads. Ordering is available online for fast pickup, including a variety of prepared seafood meal to go and pack-and-travel options. Catering services are also provided for private special events. 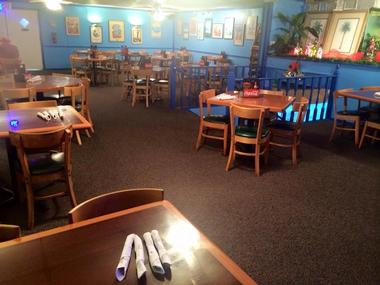 De Soto’s Seafood Kitchen has been a Gulf Shores institution for nearly two decades. The award-winning restaurant serves a wide variety of family favorite seafood dishes, along with chicken, steak, and pasta entrees. Daily lunch specials include salads, sandwiches, and side dishes served with the restaurant’s famous fresh-baked rolls, while a dinner menu features gourmet appetizers, sandwiches, and soups. Daily catches are available to be prepared in a variety of Mediterranean, Caribbean, Cajun, and Hawaiian styles, along with the restaurant’s signature pecan-encrusted preparation style. A large wine menu is also offered, along with a variety of homemade dessert options. 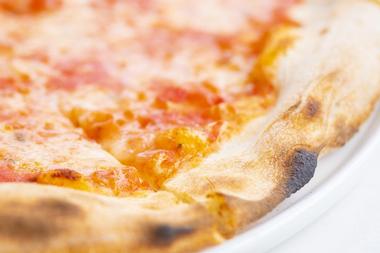 Crico’s Pizza and Subs offers a wide selection of freshly-baked pizzas, including specialty pizzas such as supreme, all-meat, and vegetable pizzas. Build-your-own pizzas are also available, with topping choices such as Canadian bacon, jalapeno peppers, pineapple, and anchovies. Hot and cold subs feature ingredients such as Genoa salami, meatballs, and capicolla, while garden-fresh salads and antipastos are prepared to order. An all-you-can-eat buffet is available for a low price at lunch, and side orders of appetizers such as chicken wings and breadsticks are available. Pickup and delivery services are offered throughout the Gulf Springs and Orange Beach areas. 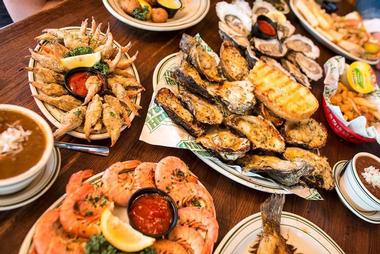 The Original Oyster House was opened in 1983 by two pairs of couples, Jane and David Dekle and Mary Lou and Joe Roszkowsi. Located within Gulf Shores’ Bayou Village Shopping Center, the restaurant has grown to seat up to 300 people and is Pleasure Island’s oldest seafood restaurant, offering a full-service conference and banquet room, a boat dock, and a gift shop. Menu options include the restaurant’s famous homemade seafood gumbo, half-shell oysters, deep-fried soft-shell crab, and Southern-fried flounder and grits. A private party menu and signature seafood buffet are available for event catering in private dining room facilities at the restaurant. Since 1985, the restaurant has also operated a second location on the Mobile Bay Causeway.

15 Best Things to Do in Gulf Shores

10 Best Things to Do in Enterprise, Alabama

12 Best Things to Do in Selma, Alabama