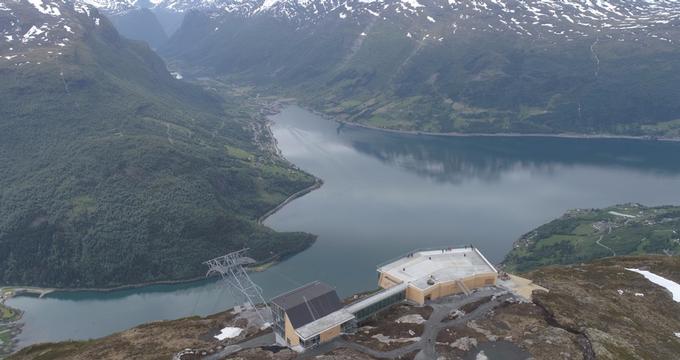 Europe is filled with vast mountain ranges, gorgeous beaches, lush forests, and other incredible landscapes, drawing in millions of visitors each and every year. Some of the most beautiful scenery of all can be found in the nations of Scandinavia, with many people flocking to the likes of Norway and Sweden to see the snowy, fairy tale scenes these countries are famous for. If you are heading to Norway, one of the very best things to do is visit the Loen Skylift. CDC information for travelers. Hours/availability may have changed. 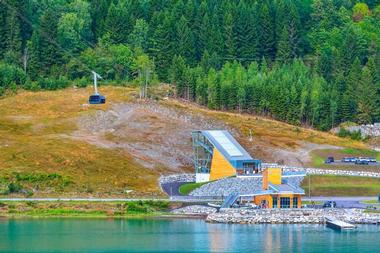 It travels up to a height of over 3,300 feet (1,000 m) in total at a speed of around 23 feet per second. One of the steepest cable cars in the world, the Loen Skylift offers indescribable views of stunning Norwegian scenery in every direction as it makes its ascent.

When passengers get to the top, theycan further enjoy those views from the many hiking trails available in the area, or stop off at the Hoven Restaurant to enjoy both warm and cold dishes while admiring the outstanding scenes from the large windows all around the dining area.

Cross-country skiing, snow-shoeing, tobogganing, and other activities can also be enjoyed from the Loen Skylift, making it a great option for couples, families, and groups of friends alike. 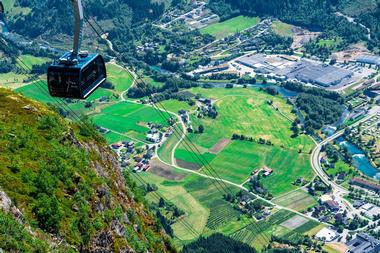 Now you've seen exactly why the Loen Skylift is one of Norway's must-do attractions and one of the most breathtaking and magical experiences you can hope to find in all of Scandinavia, let's take a closer look at all you need to know about visiting the Loen Skylift and making the most of your adventure.

- Location - The Loen Skylift is located in Loen in Stryn, which is the Nordfjord region of Fjord Norway.

- Getting To The Loen Skylift - Getting to the Loen Skylift is relatively easy by both car and public transport. The skylift is easy to find by car by following signs for Loen Village and Stryn. The journey from Oslo takes about six hours, but if you're traveling from Alesund, it will only take 2-3 hours in total. Those traveling by public transport can catch buses from Bergen, Oslo, Alesund, and other cities. There's also the UNESCO Fjord Bus Tour, which stops off in Loen and leaves from Geiranger and Sogndal in the summer months. Those wishing to fly into the area can visit either Hovden Airport or Sandane Airport, which both offer direct flights to Oslo and Bergen.

- Times and Dates - The Loen Skylift is open throughout the year, but operating times vary depending on the time of year. In the summer months, for example, from mid-June through to the end of August, the skylift is open every single day from 9am through to 10pm, but towards the latter months of the year, like in November and December, the hours can change, with the skylift opening up later on and closing earlier. The opening times for the restaurant also vary throughout the year, so one of the top tips for riding the Loen Skylift is to check out the dates and times before you go to be sure of not missing out. 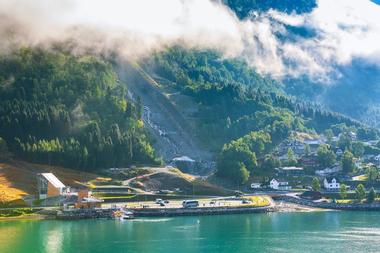 - Prices and Tickets - There are many different ticket options for those wishing to travle on the Loen Skylift. There are both adult and child prices, with all those aged 16 and above needing to pay the adult prices. You can choose from roundtrip, one-day, day pass, season pass, or ambassadeur pass tickets, as well as group tickets, which give you discounts if you're visiting as a family.

- Important Information - There are various rules and some important information to bear in mind when planning a trip to the Loen Skylift. Bikes can be brought along onto the lift for an additional fee, and you can bring dogs to the Loen Skylift too, but will need to pay a little extra to take them on board. All children aged under 5 can travel for free and strollers are allowed on board. Wheelchair users can also enjoy the Loen Skylift, and there are no minimum ages. The skylift runs every half hour on average, but will run more often when there are large numbers of guests waiting in line. The journey to the top takes around 5-7 minutes in total. website

25 Best Things to Do in Buenos Aires, Argentina

23 Best Things to do in Cody, Wyoming

22 Best Places to See the Northern Lights in Alaska