7 Best Things to Do in River Falls, WI 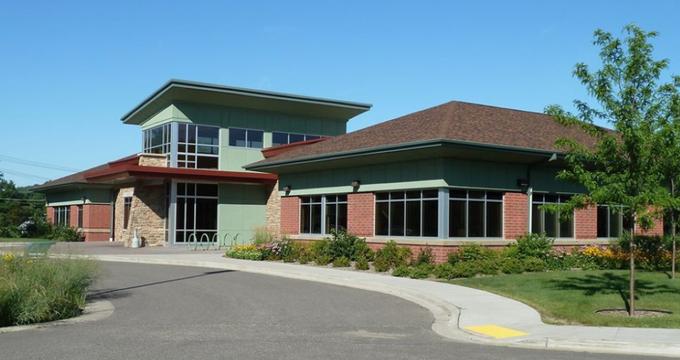 River Falls is a city in Pierce and St. Croix counties in Wisconsin. It is part of the Minneapolis-St. Paul metropolitan área. River Falls is the home of the University of Wisconsin–River Falls. River Falls lies on the banks of the Kinnickinnic River, famous for its trout. The oldest theatre in town is Falls Theatre, opened in 1908 under the name Electric Theater Company. When The 65 Vines Winery was licensed in 2013, it was the first winery licensed in the county. Swinging Bridge Brewing Company is a community supported micro-brewery. Rush River Brewing Company specializes in unfiltered and unpasteurized beers. The 40-acre Glen Park is the city’s oldest park. 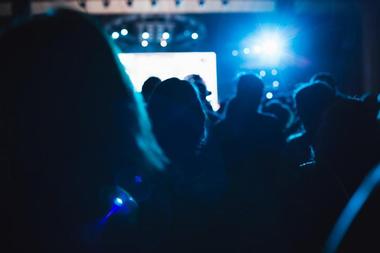 Located in River Falls, Wisconsin, The Falls Theater was the first theater in River Falls. Until The Princess opened in 1911 it was the only theater in town.. From May to July 1908 it worked under the name The Electric Theater Company, then as Gem theatre from November 1909. After a fire in 1926 the new, modern Falls Theater was built in 1927. The theater had leather seats, curtains to control noise and light, two bathrooms, and two projectors. The first movie to be shown was Painting the Town. The tickets cost 10-25 cents. The first neon sign was installed in 1936. In 1955, the new owner Herbert Stolzman remodeled the front, added a much more modern sign that can still be seen and added a drink machine to a new concession stand. The theater is now owned and operated by McCulloch's family, and still features the stage and a single screen.

The 65 Vines Winery enjoys the best of both worlds: it is located in River Falls, Wisconsin, by a coulee amongst the dense trees, birds, turkeys, deer , and even occasional black bear, yet just outside the big city. When it was licensed in 2013, 65 Vines was the St. Croix County’s first licensed winery. In June of 2013, the winery planted their first acre of grapes and in the Fall of 2014 produced its first wines, opened their tasting room and production facility to customers. At the moment, the winery does not grow enough of their own grapes and has to source grapes and juice locally or even regionally, but they still strive to produce high quality products and offer it to wine lovers in a pleasant environment.

Swinging Bridge Brewing Company is a community supported micro-brewery in River Falls, Wisconsin. The brewery offers quality craft beer to the community of River Falls, striving to produce high-quality beer using local ingredients in an interesting and comfortable setting. Their taproom and brewery are located in downtown River Falls, within walking distance from the historic landmark Swinging Bridge on the scenic Kinnickinnic River. The fifteen foot high limestone walls surround the brewery interior. The brewing equipment sits right out in the open for all to see. Comfortable seating and warm lighting makes the tap room pleasant and relaxing space to come for a pint or grab some light food. Besides 18 taps with its own beer, the brewery also serves house-made soda and locally made kombucha.

Rush River Brewing Company of River Falls, Wisconsin, has an experienced team of brewers that create high quality craft ales that are distributed throughout Wisconsin, Minnesota and Iowa. The brewery specializes in unfiltered and unpasteurized beers. This traditional brewing method requires product at peak freshness. The reason for going this route is that filtering beer strips out valuable flavor and yeast from the final product. The brewery also refuses to pasteurize its ales in order to keep everything they produce perfectly fresh and natural. Unpasteurized and unfiltered ale has a shorter shelf life, but it is fresher, more flavorful and healthier, with a higher content of vitamins and proteins. Their cozy Taproom has 15 taps with their year-round and seasonal beers, specialty infusions, barrel-aged stouts and small-batch ales.


Glen Park is a 40.58-acre active/passive mixed use community park located southwest of the River Falls, Wisconsin downtown district. The park was established in 1898 and is the City’s oldest park. It even had a zoo at one point. The popular Glen Park swimming pool celebrated 75 years of its service to the community in 2012. Some of the park’s main features are: the trails that connect the park to the White Pathway heading to the north, to the River Hills Park to the south and the Kinnickinnic River; a public swimming pool and splash pad; large trees, open area with grass, paths, and several kinds of recreational activities. Pedestrian access to the park is located at the Swinging Bridge to the northeast from Cascade Avenue, along Glen Park Road and Park Street. There are several off-street parking areas. The park’s shelter buildings can be reserved for private and public events.


West Wind Supper Club, earlier called The Village Inn, has been a favorite dining destination for folks in River Falls and the surrounding areas since 1981.Beautiful Frank Lloyd Wright-influenced design of the main dining room create upscale but relaxed atmosphere. The sports-themed bar, decorated by a collection of football memorabilia, offers a casual place to hang out with friends or stop by for a beer, wine, or cocktails before dinner. There is a covered outdoor deck that allows guests to dine al fresco and enjoy beautiful Wisconsin warm-weather months. The West Wind daily specials include Unlimited Topping Burger Tuesday, Wine Wednesday, Friday Night Seafood Buffet, Saturday Night Prime Rib and Sunday Brunch Buffet.

South Fork Café has been River Falls staple since 1987. Located on the main street in the heart of downtown, South Fork Café is that hometown café where everyone goes for breakfast or lunch to meet with family or friends in a warm atmosphere. It is an unpretentious spot with no frills décor, but with an enormous menu of just about anything guests might feel for. At South Fork Café, they take pride in preparing fresh homemade meals for each guest. They start out each morning with freshly baked house cinnamon and caramel rolls. Then they move on to their made-from-scratch soups and lunch specials, made fresh every day. On Saturdays and Sundays they serve a huge breakfast buffet from 8:30am to 1pm, along with a regular full breakfast and lunch menu..

7 Best Things to Do in River Falls, WI

15 Best Things to Do in West Bend,WI