12 Best Things to Do in Marshfield, WI 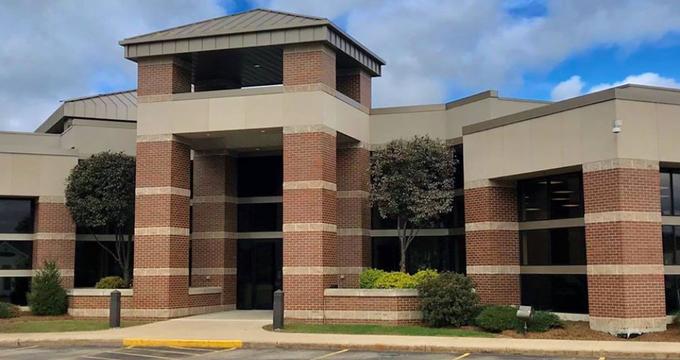 Marshfield has been named as one of America's best small cities to raise a family in by Forbes magazine, located within Wood County at the intersection of Highways 10, 13, and 97. The lovely town was known as a major center of logging during the mid-19th century and is now home to the renowned Marshfield Clinic health care system. Visitors can explore family-friendly attractions like the Wildwood Zoo, which offers both walk-through and drive-through animal exhibits year-round. The Chestnut Center for the Arts presents a plethora of live theatrical performances, art gallery exhibits, and concerts throughout the year in multiple performance and exhibition spaces. 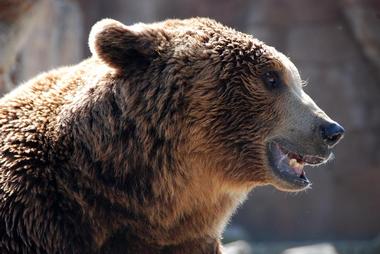 Wildwood Zoo has been an institution in the Marshfield area for more than a century, believed to have been unofficially established around the turn of the century after utility workers in the area began to care for a pair of black bears. In 1930, the zoo was officially dedicated, though it had been under the care of the city's Mayor for years prior. Today, it spans more than 60 acres and is home to a wide variety of native North American animal species, including Kodiak bears, wolves, foxes, cougars, and lynx. Black-tailed prairie dogs and great horned owls are some of the zoo's most popular exhibit animals, along with large animals like white-tailed deer, bison, elk, and wild turkeys. Other features include a sensory garden, which showcases flowering and non-flowering plants designed to engage the senses of sight, sound, touch, and smell.

2.Chestnut Center for the Arts 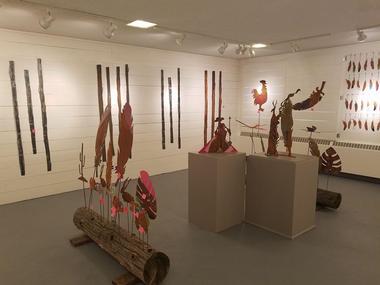 © Chestnut Center for the Arts

Chestnut Center for the Arts is a nonprofit arts center founded in 2003 by regional art enthusiasts, transforming one of Marshfield's most beautiful historic buildings into a community arts center. Today, the center serves as the community's premiere venue for visual and performing arts, presenting live performances, educational classes, art exhibits, workshops, and special events throughout the year for visitors of all ages to enjoy. A lovely historic performance hall showcases live theatrical performances, concerts, comedy shows, and literary lectures throughout the year by regional and local artists. Art gallery exhibitions highlight works by local, regional, and national artists working in a broad variety of mediums and expressive styles. 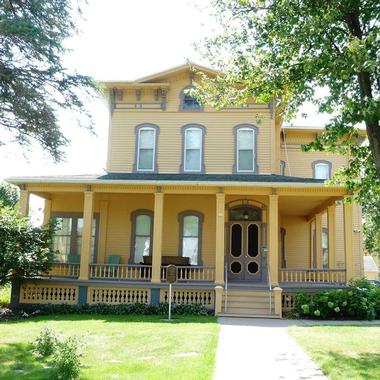 North Wood County Historical Society was established in 1956, showcasing the stories and artifacts of the cultures of the North Wood County area. The society's public museum is housed within the former home of Wisconsin Governor William Henry Upham, which showcases splendid restored Italianate and mid-Victorian architectural elements. It was constructed in 1880 and is listed on the National Register of Historic Places for its cultural significance in the North Wood County area. Vintage Victorian furnishings adorn the home's rooms, which showcase Historical Society exhibits and local history research. A Heritage Rose Garden on the house's property showcases plants dating back as far as the time of the Roman Empire. Each year, the home is the site of annual special events such as a Pie and Ice Cream Social held as part of Marshfield's Dairyfest.

4.Back to Bliss, Marshfield, WI

Back to Bliss is a luxurious day spa offering two locations in Colby and Marshfield, featuring a full lineup of full-service spa treatments for reservation and walk-in appointments. All products are free of toxic chemicals and chosen for their level of quality and effectiveness, reflecting the spa's commitment to personal holistic wellness practices. Services offered include a variety of massage treatments, including couples' and pregnancy massages, along with unique wellness treatments such as reflexology, reiki, Abhyanga, and kinesio taping treatments. Beauty treatments include full-service facials, Ayurvedic beauty services, waxing services, and full-body skin wraps. Special treatments for tourists include a 20-minute Traveler's Ease massage meant to work away the stress of travel in a quick, compact format.


Blue Heron Brew Pub is a delightful modern brewpub owned and operated by restaurateurs and married couples Rita and Paul Meier and Paula and Tom Hinke since 2005. The restaurant is housed within a gorgeous restored 1914 dairy processing plant building that has been completely transformed into an industrial-chic dining space serving up locally-sourced fare alongside handcrafted microbrews. Diners can choose from a variety of craft brews produced by the company throughout the year, including favorites like its Honey Blonde Ale and Loch Ness Scotch Ale. Casual gastropub fare served up throughout the week at lunch and dinner include creative entrees like stuffed spinach-artichoke dip sweet peppers, portabella mushroom hoagies, grown-up macaroni and cheese, and Asian-style curry bowls drenched in vegan coconut curry lime sauce. Carnivorous fare includes signature cheesesteaks, Cuban sandwiches, duck breast strips, and housemade crab cakes.

-- You are reading "What to Do in Marshfield, WI this Weekend" Back to Top


Nutz Deep II is a quirky local tavern in Marshfield that has been named as the city's best burger, nightlife, fish fry, and cheese curd joint several years running by the Best of Marshfield awards. The tavern, which was established as a shot-and-beer bar in 1982, added a full-service menu in 2008, now offering delicious American fare served up alongside domestic and specialty beers on tap. Diners can enjoy deep-dish build-your-own pizzas, signature burgers and sandwiches, and favorites like coconut shrimp baskets and gourmet mac and cheese alongside appetizer shareables like Mexican cheese curds, deep-fried dill pickles, and loaded tater tots. Friday night fish frys serve up haddock and walleye platters alongside favorites like Red Hook Ale shrimp po'boy sandwiches.

Lumberyard Bar and Grill is the signature restaurant of Marshfield's Woodfield Inn and Suites, owned and operated by restaurateur Adam Jacobson. The restaurant plays off of the logging industry history of Central Wisconsin, showcasing logging images and memorabilia throughout its lovely dining room and naming menu items after famed Wisconsin logging figures. Delicious fare is served up at breakfast, lunch, and dinner, including high-quality entree selections like Southwest chicken sandwiches, pork ribeye steaks, St. Louis-style fire-braised ribs, and steak and shrimp combo platters. At breakfast, diners can choose from favorites like Monte Cristo French toast, which tops hearty slices of French toast with Swiss and Havarti cheese, ham, turkey, egg, and mustard sauce. 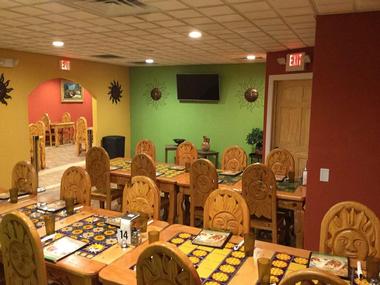 Taqueria El Sol is an authentic Mexican joint on Marshfield's South Side, opened to the public in 2014. The taqueria's name is a play off a popular Mexican idiom, "el sol sale para todos," which translates as "the sun shines for everyone," a nod to its commitment to community gathering through delicious food. Traditional family recipes are showcased on the restaurant's menus, including excellent taco selections stuffed with favorites like al pastor marinated pork, beef tongue and intestine, pork rind-stuffed tomatillos, and Mexican sausage. Tacos are available in single servings or build-your-own platters featuring up to 40 shareable selections. Tortas, burritos, and huaraches are also served up, along with specialty fajitas and combination platters.

Belvedere Supper Club has been Marshfield's favorite community dining space since 1997, founded by married duo Patricia and Dale Leffel. The family-owned restaurant serves up time-tested recipes that have been passed down for generations, offering outdoor chapel seating and indoor banquet hall spaces. Diners can enjoy award-winning fare at the supper club at dinner throughout the week, including hearty classic entrees like Kansas City strip steaks, barbecue ribs, chicken livers, and ruby red rainbow trout. Classic pasta favorites are also served up, along with signature burgers and artisanal flatbread pizzas. On Sundays, an all-you-can-eat buffet serves up brunch favorites, including unlimited flapjack pancakes.

, Michigan beaches -- "Best Things to Do in Marshfield, WI for Locals & Tourists - Restaurants, Hotels" Back to Top

A beloved landmark to locals, the World’s Largest Round Barn was constructed in 1916 as a location to house purebred animals such as cows and horses. Measuring in at a diameter of 150 feet and a height of 70 feet, the barn stands as an icon and beacon of the Marshfield Fairgrounds. It is impressive, to say the least, as the whole barn makes zero use of any supporting beams with the exception of the cross beams situated underneath the barn’s cupola, making it an architectural feat. Visitors may arrange for a tour of the barn through the fair office, but the main attraction of the barn is the Central Wisconsin State Fair, a yearly fair that features gorgeous animals, entertaining shows, and great items for sale. Other fairs are also held at the barn throughout the year. The barn is also home to the Marshfield Curling Club and the Marshfield Area Ice Arena. 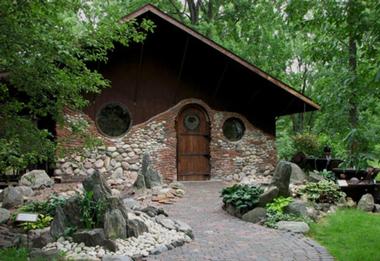 Step into a magical world of fantasy creatures come to life at Jurustic Park, an outdoor sculpture park brought to life by the husband-and-wife duo of Clyde and Nancy Wynia. As the Wynia’s tell it, the metal sculptures found around the park are based on extinct creatures that he found in the marshes surrounding the park. The incredible sculptures and the fantastic stories told by Clyde make the park one of the most beloved attractions in Marshfield, drawing visitors from near and far all year round. In addition to the metal sculptures, visitors can also visit the Hobbit House, a studio and shop run by Nancy who creates hand-blown glass sculptures, fibers, and a variety of soft sculpture works. 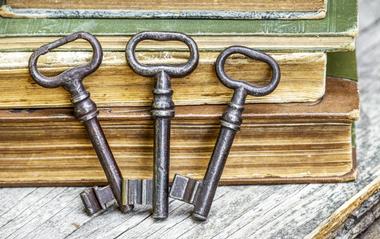 Put your wits to the test and see how well you work under pressure at Escape Room Marshfield. With various themed rooms of various difficulties, Escape Room Marshfield tests their guests in puzzle challenges that feature a multitude of riddles, locks, and puzzles, all of which need to be solved within an hour to win and escape the room. Game masters will give participants a handful of clues to get started before doors are closed and the timer begins. Escape Room Marshfield has three rooms to choose from: The Ransom and Titanic, which is suitable for two to six players, and Tomb, which can accommodate four to eight players. Be sure to call ahead and book your room ahead of time to secure your playtime.

12 Best Things to Do in Marshfield, WI

You are reading "12 Best Things to Do in Marshfield, WI " Back to Top

10 Best Things to Do in Ames, Iowa

9 Best Things to Do in Jasper, Indiana