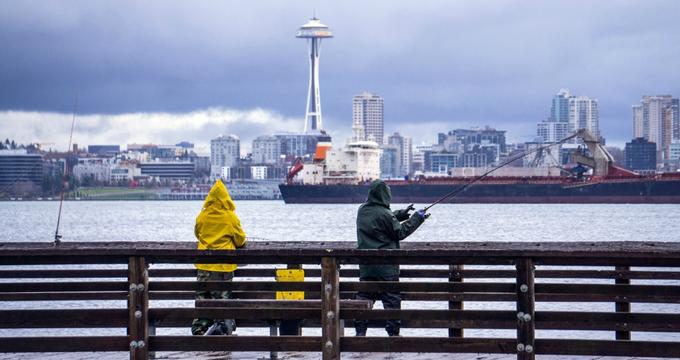 You probably know that the nickname of Seattle is the Rain City, but does it really deserve that kind of reputation? Well, there are about 150 rainy days in the city throughout a year. This means that rain is a pretty common sight in Seattle, but we assure you that it’s not as bad as it may seem at first. Most of the rainy days are in autumn and winter, not the whole year round as many assume.

Actually, summers are pretty dry, with the sun shining all day. In fact, there are a total of 58 sunny days per year on average, most of which happen during summertime. 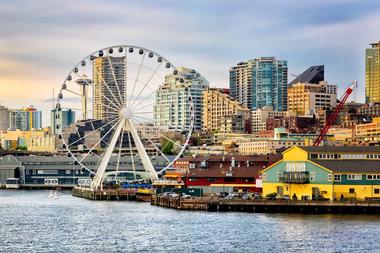 According to official data, the driest months of the year in Seattle are July and August, while just two months later, the number of rainy days increases several times. November is the month when it rains the most, with an average 18.4 rainy days. It’s a similar case in the two subsequent months, which sometimes have a couple of days when it snows as well.

The reason for this kind of weather is that Seattle is situated near the coast of the Pacific Ocean. The largest ocean on the planet brings a huge amount of moisture over to the state of Washington, carrying it over the Olympic Mountain range. The moisture coming from the Pacific is in the form of vapor, but once it reaches the mountains, the cool air turns it into drops of rain.

Actually, this process creates a rain shadow over the Olympic Mountains, which serves as a sort of barrier between the ocean and the city. What this means that if the mountains weren’t there, Seattle would be getting much heavier rainfalls throughout the year.

There’s an important reason why rain is actually good for this city – it’s where the drinking water comes from. Sometimes, when there isn’t enough rain over the winter, the city gets into serious problems. Not only does it make the city face a water rationing but it also causes a shortage in the hydroelectric power of the area.

That said, you see that rain is not so bad. Actually, some people from Seattle love it. There are lots of fun things you can do in this city during the rainy season, which you wouldn’t be able to in other parts of America. Here are some of them! 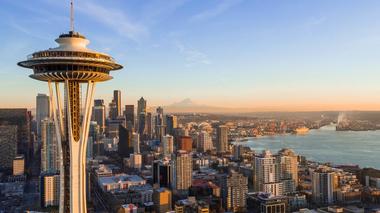 Some people enjoy walking in the rain through the streets of Seattle. This may seem like a great idea to explore the city during summer rains, but if you’re doing it during winter, you will need to dress properly. You can forget about umbrella as winds are pretty powerful in Seattle. Instead, a much better alternative is to take a rain jacket with a hood.

Take an underground tour – Probably the most unusual attraction of this city is the Seattle underground a system of subterranean passageways below Pioneer Square in the old heart of the city. By going on an underground tour, you will be able to see first-hand how the city had looked before the Great Fire of 1889. The sidewalks and storefronts of the underground system are reminiscences of the city’s past glory, from the times before it was rebuilt almost entirely. But, you should know that the underground tour isn’t free. An adult ticket costs $22, while students, children, and seniors get discounts.

3.Visiting some of hundreds Seattle museums and galleries 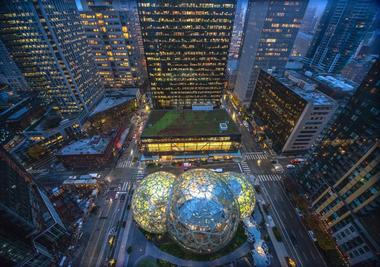 Seattle is home to some of the most important museums and galleries in this part of the United States. Seattle Art Museum, Frye Art Museum, Seattle Asian Art Museum, and Henry Art Gallery are just some of those that you definitely should pay a visit.

We say “some”, because Seattle is home to over a hundred different art galleries and museums, which you can run into all over the city. The best thing is that a big portion of them is situated in the area around Pioneer Square, which you may remember as the square that stands atop of the Seattle underground storefronts. What this means is that you can take a walking tour around the square and if the rain starts falling, you can find a shelter underneath.

How Rainy is Seattle Compared to Other US Cities?

Seattle has a bad rep for its weather, but the truth is that there are plenty cities in the United States that get more rainfalls. You’ll be surprised to hear that even Miami, the largest city of the Sunshine State, gets more inches of rain annually than Seattle.

The same goes for many other East Coast cities, but also those located in Mid-West, like Chicago, for example. Even some cities in Texas get more rain than Seattle. One of those is Dallas, which 37.57 inches of rain per year, compared to Seattle’s 37.49 inches.

You might think of Hawaii as a paradise on Earth with sandy beaches, crystal clear waters, and sun that’s shining all the time. But, the truth is that some parts of the archipelago get quite a lot of rainfalls on annual basis.

A place called Big Bog, which is a part of the island of Maui, receives 404 inches of rain on average in a year. When you compare it to Seattle that gets 37.49 inches of rain a year, you see that rain isn’t such a big problem in the largest city in Washington.

The wettest place in the United States is a city called Mobile, which is located in Alabama. It gets about 67 inches of rain per year on average, which is almost two times as much as Seattle.