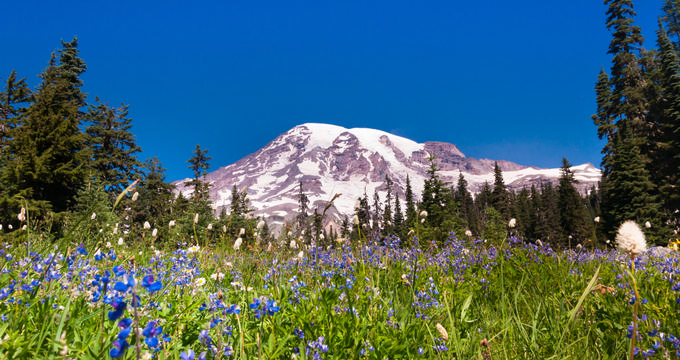 Located in the state of Washington, Mount Rainier is part of the Cascade Range of the Pacific Northwest. It's the highest mountain in the state and the highest mountain in the entire range. Mount Rainier is a stratovolcano and is active, being classed by experts as one of the most dangerous volcanoes on the planet, posing a potentially huge and destructive threat to the surrounding area, including the nearby city of Seattle and its surrounding metropolitan area. Mount Rainier has a prominence of 13,210 feet (4,026 m) and is the 21st most prominent peak in the world, and the fourth most prominent in all of North America. CDC information for travelers. Hours/availability may have changed.


1.How Tall is Mount Rainier 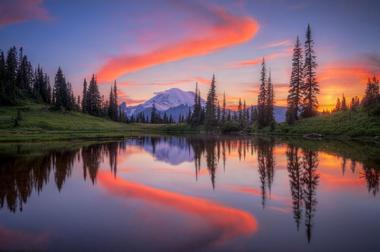 It's also one of the most isolated peaks in North America and is classed as a Decade Volcano due to its active nature and proximity to urban areas. The mountain was observed by Native Americans many years before settlers arrived on the continent. The native Salish peoples had various names for the mountain including Tahoma and Talol. The mountain was given its new name by George Vancouver, who named it after his friend Peter Rainier.

Mount Rainier has represented an exciting challenge to climbers and mountaineers for many years, with the first successful ascent occurring back in 1870 by Hazard Stevens and P.B. Van Trump. Van Trump returned with Fay Fuller two decades later, with Fuller being the first woman to make it to the top. Over the years, as climbing techniques and technology improved, many more successful climbs of Mount Rainier were recorded. 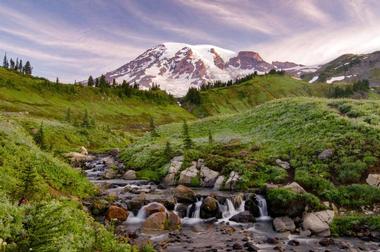 Due to its huge elevation and impressive prominence, Mount Rainier can be seen from dozens of miles away and is a key part of Seattle's surrounding landscape. Climbing Mount Rainier takes two to three days on average and involves a vertical elevation gain of over 9,000 feet (2,743 m) in total. The climb does feature some technical challenges and anyone who attempts it needs to have a good level of physical fitness and will strongly benefit from some prior climbing experience.

You are reading "Mount Rainier Elevation" Back to Top 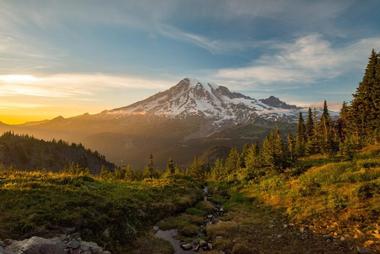 Climbing many major mountains around the world comes with a risk of altitude sickness. The effects of this condition can begin to be felt at elevations of 8,000 feet (2,438 m). Altitude sickness produces symptoms like nausea, vomiting, headaches, and shortness of breath and is caused by the fact that the air becomes thinner and colder at high elevations. Anyone planning a trip to Mount Rainier must therefore be prepared for this possible eventuality.

Not everyone is affected by altitude sickness, but it does often have an effect on new climbers and people who spend most of their lives at low elevations. Given that many major cities around the United States are situated at elevations of 500 feet (152 m) or less, it’s always likely that inexperienced climbers from these locations will suffer altitude sickness on Mount Rainier due to the mountain’s extremely high elevation of 14,411 feet (4,392 m).

You are reading "Mount Rainier Elevation" Back to Top

You are reading "Mount Rainier Elevation " Back to Top

21 Best Things to Do on Bainbridge Island, Washington