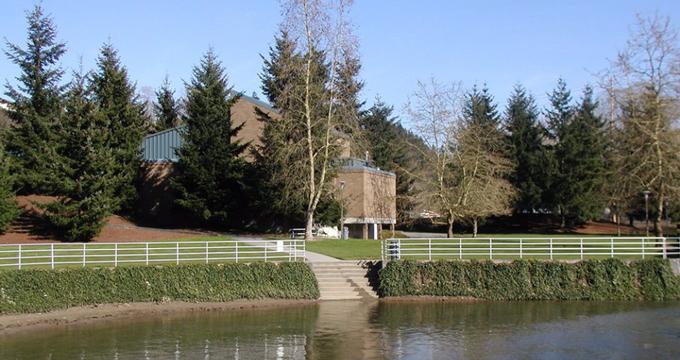 Renton is a city in King County, Washington, about 11 miles from Seattle and is considered Seattle’s inner-ring suburb. Renton is located at the mouth of the Cedar River on the southeast shore of Lake Washington. Jimmy Hendrix was buried in Greenwood Memorial Park cemetery in Renton. Great place to start exploring Renton is Renton History Museum. Renton Civic Theatre has been offering high quality professional theatrical performances since 1987. The Will Rogers – Wiley Post Memorial Seaplane Base on Lake Washington commemorates the tragic death of the two celebrities who flew to their death from the base in Renton. 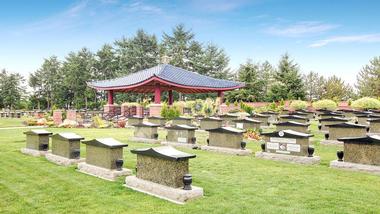 Greenwood Memorial Park is a 40-acre cemetery in Renton, Washington, famous for being the resting place of Jimi Hendrix, a magnificent granite domed monument located on the west side of the cemetery. There is a bronze statue of a left-handed electric guitar in the middle of the memorial. Every year thousands of fans come to visit Jimi Hendrix's grave and show their respect. The beautiful old cemetery was established in 1910 and is covered by mature trees and lawns, a serene background for the stately memorial to the great musician. The memorial park serves the Renton, South King County and Seattle community with its newly renovated funeral home and state of the art facilities. 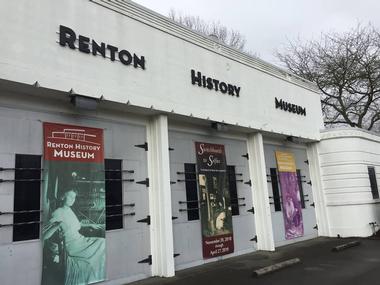 Renton History Museum is located in a disused Art Deco-style fire station in downtown Renton built in 1942. The Museum contains a large number of objects and archives that tell the story of the past of the city of Renton, Washington State. The museum offers regular exhibits and public programs for the local community, visitors and historians. The museum and its programs are a joint initiative between the Renton Historical Society and the city of Renton. The Museum has more than 90,000 objects and 13,000 photographs about Renton’s social, cultural and industrial history. The most notable are photographs of local coal mining, railroads and the civic and social life of its residents from 1880 to 1940. Some of the recent exhibits are 100 Years at Renton High, Sustaining a City, The Twilight Zone Art Show and Hero's Feast: Finding Community through Dungeons & Dragons.

Renton Civic Theatre was founded in 1987 as a professional performing arts theater offering old-school shows, stand-up performances, comedies and dramas. The theatre works from a previously abandoned 1920s movie house. After the neglected building was painted, rewired and recarpeted, it was ready for the first show in 1987 - “Yo!,” and the first musical production “Grease.” Ever since, Renton Civic Theatre has been one of the major local venues for high quality theater in the Greater Puget Sound region, featuring a wide variety of productions, from popular shows and mainstream musicals to unusual off-beat productions.

, OH -- You are reading "9 Best Things to Do in Renton, Washington" Back to Top 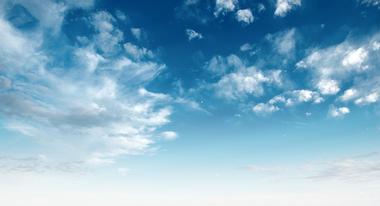 The Will Rogers – Wiley Post Memorial Seaplane Base is a seaplane base on Lake Washington. It is located inside the perimeter fence of the Renton Municipal Airport in Renton, Washington. The memorial base was named for the tragic crash in Alaska in August 1935 in which Will Rogers and Wiley Post, two famous personalities, lost their lives after departed from this base. Wiley Post was considered the second greatest American flyer next to Charles A. Lindbergh. Will Rogers was the great movie star of his time, with more than 70 movies in which he starred. They were on the way for a leisurely sightseeing tour across the Pacific and through Asia in Post’s beautiful red Lockheed when their plane crashed in Alaska.

-- You are reading "9 Best Things to Do in Renton, Washington this Weekend with Friends" Back to Top 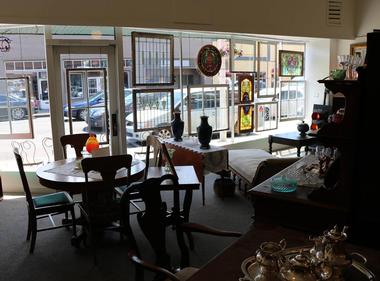 
Antiques 4U is a 3,000-square foot antique shop and showroom in Historic Downtown Renton, Washington. Beautifully displayed, spacious store offers both large and small antique pieces, many of them rare and unique, with features or provenance that tell the story of their past. The store’s focus is on functional as well as beautiful pieces that can be displayed in any office or home. The constantly changed and updated inventory consists of oak filing cabinets, bookcases, roll-top and flat top desks, card catalogs, secretaries, sideboards, settee’s, bedroom sets and more. Antiques 4U specializes in antique furniture and lighting from the 1880's - 1920's in a range of styles.

-- You are reading "9 Best Things to Do in Renton, Washington this Weekend" Back to Top 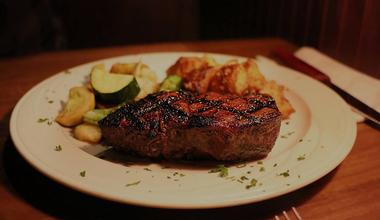 
Melrose Grill is a traditional steakhouse located in the historic 1901 building in downtown Renton, Washington. Tiny structure is the remnant of a three-story hotel built in 1901. All that is left of the once popular hotel after a devastating fire is a ground floor bar that today hosts Melrose Grill. The original beautiful carved bar and mosaic tile floor are telling the story of the bar’s elegant history. Melrose Grill is small but elegant and romantic, with discrete lighting and cozy boots. The star of their menu is the Nebraska, corn-fed, 28 day aged beef. You can have it as Prime Top Sirloin, Delmonico, New York, Filet Mignon, Porterhouse or Rib-Eye. Each steak is served with garlic mashed potatoes, crispy parmesan potatoes, baked potato, or basmati rice pilaf and fresh vegetables. All meals come with a fresh green salad with your choice of blue cheese dressing or balsamic vinaigrette. The wine list is focused on the best Washington wines, but the full bar offers just about anything you might want. 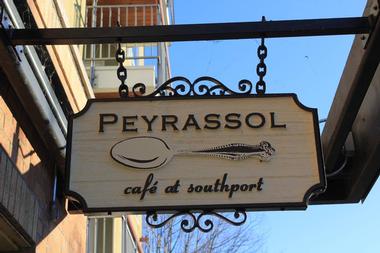 Peyrassol Café is a charming bistro in downtown Renton, Washington, homey and relaxed, a perfect spot for a meal with the family or friends. Looks like a typical neighborhood eatery until the food comes. It is world-class, with a mix of classic French dishes with a touch of Mediterranean and traditional American, superbly prepared and made of local, seasonal ingredients. Their eggs come from Stiebrs Farms Cage Free, freshly baked breads are made by the Grand Central Bakery, Caffé Umbria roasts their coffee, sustainably raised meats come from Draper Valley & RR Ranch of Washington, Carlton Farms of Oregon, and Snake River Farms of Idaho. Their seafood is delivered twice a week from Key City Fish Co., and pastries & pastas are crafted in house with Shepherd’s Grains flour. There are local craft beers on tap and an excellent wine list, in addition to original cocktails. 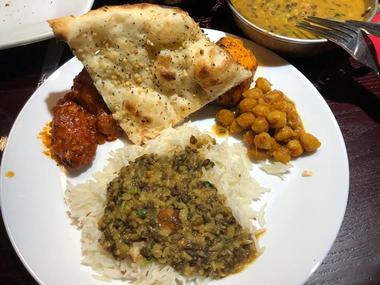 Himalayan Café is a relaxed eatery located in the busy East Valley Business Park in Renton Washington, serving Northern Indian and Nepalese dishes. The café is pleasantly decorated in traditional Indian and Nepalese items the owners brought from the last trip home, such as Buddhist prayer wheel, miniature temple and deyos lanterns. The menu features a nice mix of vegetarian and non-vegetarian curries from Northern part of India, a selection of Himalayan Nepalese dishes including popular momos, dumplings made with ground chicken, chopped mixed vegetables and Nepali spices, wrapped by hand and steamed. There is also a range of Tandoori, Indian dishes cooked in a special Tadoori oven and much more. All dishes are made from scratch, using spices to give them color and texture instead of artificial ingredients. The best way to sample as many dishes as possible is to come for their very popular buffet lunch. 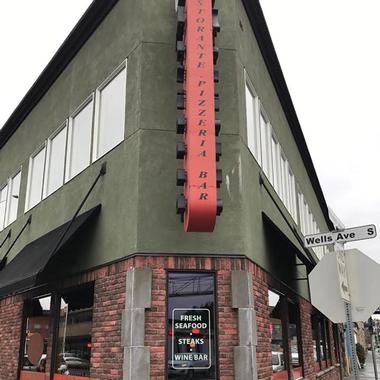 Marianna Risorante is a traditional Italian restaurant in downtown Renton, Washington, serving classic dishes in a romantic, laid-back atmosphere, with white table cloths and warm candlelight in the evening. It is a perfect spot for a business lunch or a romantic dinner. There are a few tables on the sidewalk for those warm summer evenings. The food is traditional Italian comfort food, with plenty of great pastas and pizzas and homey main plates and superb desserts. The wine list is extensive and includes some great Italian as well as Oregon wines. Many wines are available by the glass. Marianna is also a popular local caterer.

, Michigan beaches -- "9 Best Things to Do in Renton, Washington for Locals & Tourists - Restaurants, Hotels" Back to Top

You are reading "9 Best Things to Do in Renton, Washington " Back to Top

17 Best Things to Do in Lynnwood, Washington

23 Best Things to Do in Everett, Washington