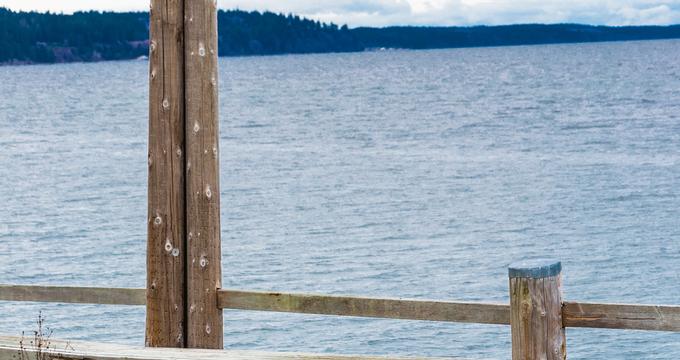 Langley is a small city (0.8 square miles) on Whidbey Island in the Puget Sound in Washington state. This 'Village by the Sea' is accessible from the mainland by ferry from Mukilteo. Annual highlights include an Island Fair, Welcome the Whales Fest and a gypsy style jazz festival in honour of Django Reinhardt. A mystery weekend involves a fake newspaper story, all the stores - where clues can be found, and residents who play the characters in the story. There is a prize for the first person to solve the 'crime'. There is much to eat, drink and do in the Langley area. 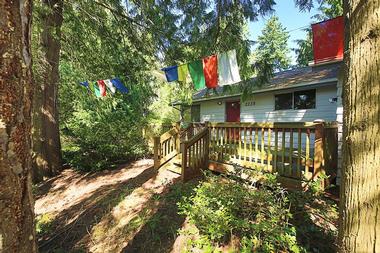 Chuck Pettis, land artist and author of the book, 'Secrets of Sacred Spaces', founded Earth Sanctuary in order to reestablish the forest that once existed there. Thousands of firs, spruces, maples and cedars have been planted and are now sheltering a thriving underbrush. The wetland ecosystem has also been recreated where heaths, sedges and ferns have started growing. Stone circles, stacked stones, a labyrinth and infinite tower are among the attractions in the sculpture garden. The retreat center can accommodate up to 20 people during the day and 6 overnight. Visitors can take self-guided tours around the property and are trusted to place their entrance fee in the registration envelope at the gate. The shop sells branded t-shirts and caps.

The Langley Whale Center is the public presence of the Orca Network, a non-profit organization that seeks to provide safe habitats for whales, orcas and other marine mammals. The center has a permanent exhibit of skulls, bones, barnacles and whale lice. Annually, the Welcome the Whales Festival and Awareness Month is held. Beyond these events, there are ongoing education and awareness programs, and a lending library of reference material. A shop sells DVDs, CDs, printed material and whale-themed gifts and jewelry. The center is run by volunteers and is open from 11 am to 5 pm, Thursdays to Sundays and on special holidays.

3.Whidbey Island Center for the Arts 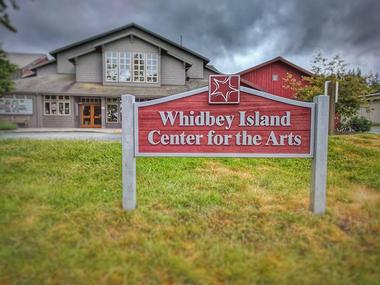 © Whidbey Island Center for the Arts


This community initiative was 10 years in the making and opened its doors in 1996. Each year between 350-400 volunteers produce and present 85 performances in the 246-seat theatre, from October to June. Included in these are five plays with eight performances each. All year long the organizers are assessing production proposals and conducting auditions. The art exhibitions, education programs and workshops also continue year-round. Series include local artists, family, piano and special events. The Django and OneAct Fests are held annually. Matinee performances are free for students.


This family-owned enterprise is run by three generations of the Heisling family. They bought the 9 acre property on a hillside in 2009 and renovated the existing buildings to house the distillery and the tasting room. Their blackberry liqueur has the highest rating in the country and their product range has become world renowned. Rye whiskey and loganberry and raspberry liqueurs are all made on site from the finest ingredients, sourced locally. Besides the tours and tasting that they offer, the property has itself become a tourist destination. The distillery's products can be purchased in several stores and restaurants throughout Washington state. 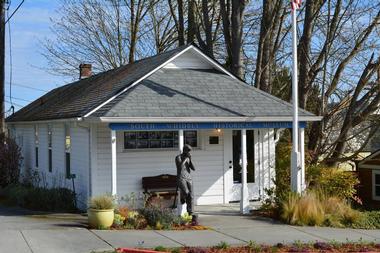 This active society is run entirely by volunteers who staff the museum on Saturday and Sunday afternoons, maintain the buildings on site, tend the garden, keep records of the history, raise funds and act as tour guides. Three buildings have been relocated to the grounds and restored. They are: McLeod Cabin, Brooke Hill House and an antique barn which houses horse drawn carts and carriages. There are several historical collections on site which depict the various aspects of island life. The museum shop sells books on local history. The Society hosts regular evening events as well as fundraising, through guided bus and walking tours.

Lisa Carvey, the owner of Braeburn Restaurant once worked there as a waitress. Originally from Vermont, she returned home to pursue a career in event organizing and wedding planning. When Braeburn came on the market in 2010, she returned across country and bought it. The restaurant was remodeled and expanded in 2017. An island atmosphere is cultivated in the two storey, turquoise and white building with a space for garden patio dining out the back, where dogs are allowed. The food is termed, 'comfort food classic' and there is plenty of it. It sticks to your ribs.

65 members of the community came together to create a 'third place' in the area; somewhere besides work and home that people could gather and connect. A coffee shop, book store and work place training resulted from the meeting. Young people come for training and learn a variety of soft and hard skills in the hospitality industry and then are afforded an opportunity to gain experience and a track record. They are mentored by older or retired members of the community. The facility is open 7 days a week, and on Fridays there are live events. The Common Room which seats 30 people can be hired for meetings or presentations.

Local residents, Damien and Tiffany Cortez decided they wanted to remain on the island to raise their family and sought to open a business that would sustain them. They started the Taproom in the old Bayview Cash Store. It was the first bar in the area since the 1940s and brought some life to the nights there. They sell a range of craft beers and local wines. The Taproom soon became so popular that a restaurant and family seating area were added on. Baskets of snacks can be ordered at the bar. The restaurant serves a full a la carte menu. Opening hours are from noon to late, every day of the week.

This company is situated on Whidbey Island and is named after the area it is situated in. From Double Bluff, there are views of the mountains nearby and the Puget Sound. Former scientists and home brewers for 20 years, the owners decided to change careers and opened a distillery and beer garden. Ingredients for local beers are bought from farmers in the Pacific Northwest, whereas ingredients for European Ales are sourced in the countries of origin, The venue is open daily, and once a week there are live music events. Patrons can bring dogs, children and their own food, if they so wish. Beers, ciders and non-alcoholic beverages are on sale. 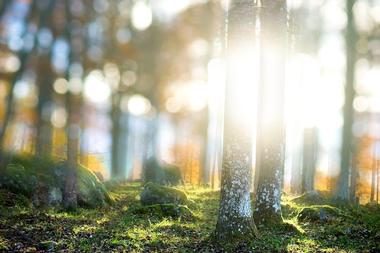 This non-profit organization was established in 1977 and is run by volunteers. Orienteering is considered a sport so the Cascades Club is affiliated to a national and international network. There are leagues at various levels, including school and ultimate orienteering. There are also series, e.g. the Winter Series. All year round, long, short and evening events are scheduled in various terrains in the Puget Sound area. The events which are held on most Wednesdays, Saturdays and Sundays are suitable for all ages and skill levels. Club members as well as newcomers are welcome. There is a beginner instructor at each meet. Communication with the organization is via the web site.

8 Best Things to Do in Amboy, WA