10 Best Things to Do in Tunquen, Chile 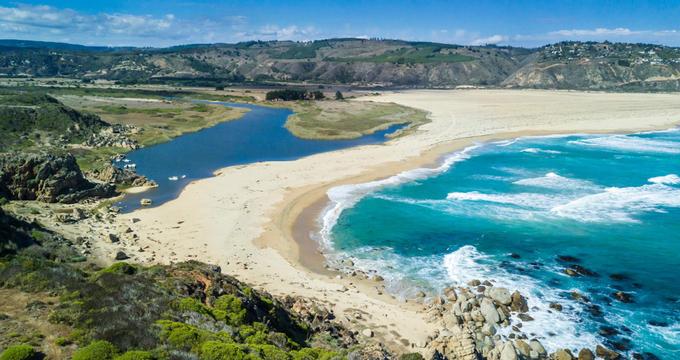 Located about 90 minutes west of Santiago, Tunquen is a part of coastal Chile which still maintains its original natural features and has managed to conserve and protect some unique habitats including extensive wetlands which provide shelter and sanctuary to many endemic plant and animal species. There is a beautiful undeveloped beach to explore, a couple of restaurants serving fresh local sea food and some great accommodation options. Tunquen is ideally placed for some interesting day trips and you may even get lucky and spot some Chilean celebrities, many of whom have holiday homes in the area. 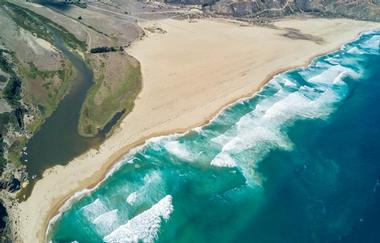 Located at the northern end of Tunquen Beach, at the mouth of the Estero Casablanca River, the Tunquén Wetland Nature Sanctuary protects an amazing wealth of local flora and fauna. The preserve was established between 2002 and 2014, when local residents and conservationists united to prevent further urbanization of this remarkable natural asset. The particular topography of the area, which includes dunes, ravines, cliffs and beach results in unique ecosystem found nowhere else in the area. This rare ecosystem attracts a wide variety of birds and is home to many endemic plants which are threatened elsewhere. This beautiful documentary details the biodiversity of the Tunquén Wetland Nature Sanctuary. The sanctuary currently protects 96 hectares and its founders are working hard to increase the size of the sanctuary. Tunquen Wetland Nature Sanctuary, (closest town Vina del Mar), Tunquen, Chile. 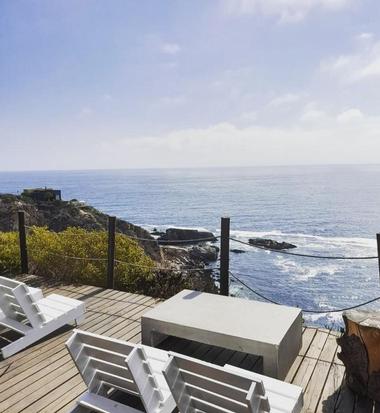 Located in Fundo La Boca, just 90 minutes from Santiago, Tunquen Magico is the ideal base for couples wishing to explore all the beauty of the Tunquen area. The complex boasts 3 apartments and two cabins, directly overlooking the azure waters of the Pacific. Accommodations at Tunquen Magico are suitable for two people and provide a kitchenette, beachfront terrace with BBQ, bathroom, TV, Wi-Fi and all you need in the way of linen and towels. There is also a bungalow duplex unit with dishwasher and living room. The complex has 24-hour security and you can walk to two local beaches in just 10 minutes. In the evening, watch a colorful sunset with a bottle of wine. Tunquen Magico consistently receives great reviews.

If you are arriving at Santiago Airport, the sister property Chena Magica can accommodate you as well. 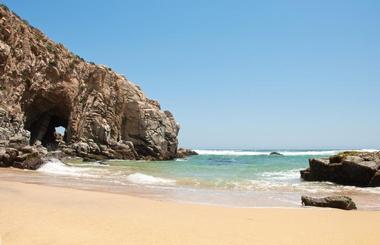 Locally known as Playa Tunquen, Tunquen Beach is a relatively undeveloped stretch of soft white sand, which retains a rather wild atmosphere, unlike the majority of other beaches in the region. The 2 km long beach, which is completely un-commercialized and never gets over-crowded, is the ideal spot to soak up some sun without having to jostle for your spot. The beach is backed by large sand dunes behind which there are some very sumptuous holiday homes. Visitors can rent one of the beachfront apartments or cottages at Tunquen Magico. At the northern end of the beach you will find a large area of wetlands at the mouth of the Estero Casablanca River, which is teeming with birdlife and rare plants – a great find for nature lovers. 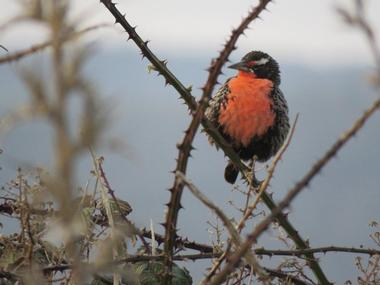 The wetlands and other unique ecosystems which exist near Tunquen (especially those in the Tunquen Wetland Nature Sanctuary) are home to a treasure-trove of land and shore birds, several of which are threatened or in danger of becoming threatened due to losing their habitats. For this reason, birding in Tunquen is a very popular activity. Some of the resident birds you could expect to spot include the Trile, Oyster Catcher, the Huairavos, the Taguas and Hualas, as well as both large and small herons. These are joined by many migratory birds including sand pipers, Franklin’s Gull, Curlews, White Herons and Collared Plover. 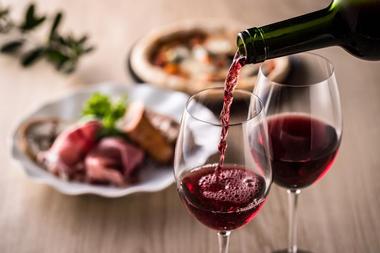 
If you are visiting Tunquen, Casa Tunquen Restaurant is the ideal place to enjoy wonderful Chilean fresh seafood and superb meat dishes. In fact, the restaurant has such a great reputation that diners are prepared to travel some distance to enjoy a delicious dinner here. Fresher-than-fresh sea food and fish form the core of the menu and these are accompanied by freshly harvest salad and vegetables from their own garden. There are also some mouth-watering Chilean meat dishes to savor. The restaurant has a good wine list and they also make delicious cocktails. You can choose to dine indoors or alfresco on one of the terraces.

-- You are reading "What to Do in Tunquen, Chile this Weekend" Back to Top 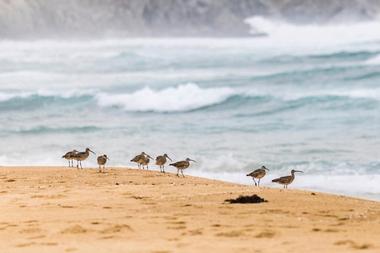 
The extensive areas protected within the Tunquen Wetland Nature Sanctuary are also home to a fascinating variety of wildlife, some of which are rare and/or endangered. Besides all the resident and migratory birds which call Tunquen home, you will also find many terrestrial vertebrates which are in need of conservation. These include Long-tailed snake and the Screaming Lizard. Other indigenous animals you may come across include the chungungo (a type of seal which is still hunted for its fur), the culpeo fox and the Long-haired laucha. In addition, there are many species of fish including small catfish, pocha and the small-scaled silverside. 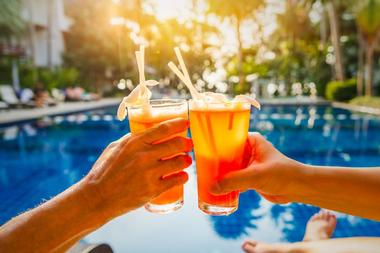 Highly rated for its very convenient location 13 km from Algarrobo, the Shangri-La Tunquen Hotel provides a good base for visitors wanting to explore the Tunquen region. The hotel enjoys a garden setting and provides a tennis court, outdoor swimming pool with sun-bathing terrace, on-site restaurant and a sauna. The rooms each accommodate 2 guests in double or Queen Beds and there are a few 2-bedroom suites that would be ideal for families. Each room/suite boasts TV and complimentary Wi-Fi and a private bathroom/shower room. There is free parking on-site and the hotel provides easy access to both Tunquen and Marisol. 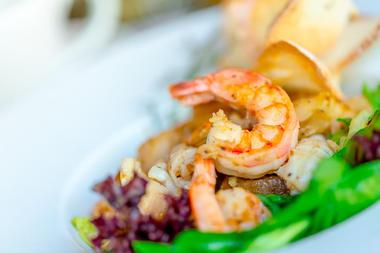 Located on the road between Tunquen and Algarrobo, La Mirage Restaurant is dedicated to providing guests with a gourmet experience at any time of the day. The restaurant is attached to a pretty B&B and each day starts with a delicious breakfast including fresh local fruit, house-made preserves and fabulous coffee. The Lunch and Dinner menus vary each day and are based on what fresh produce or seafood the chef can source locally or regionally. All dishes are lovingly prepared and beautifully presented. Everything that arrives on your plate has been made on the premises using only the finest local ingredients. You can accompany your meal with wine from a local boutique winery or locally brewed craft beer. 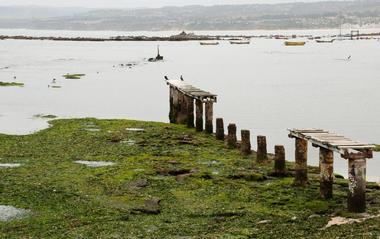 The area around Tunquen is practically an island of biodiversity, surrounded by densely developed holiday resorts and residential properties. Tunquen remains one of the very last undeveloped beach areas in Chile, which means that one can still find indigenous and endemic plant species here, which have all but disappeared elsewhere in the country. Nature lovers will find some original thickets of arboreal, shrubby and herbaceous plants including indigenous gems like molle, peumo, boldo, litre and quillay, which love to grow in the shady ravines. In the undergrowth you are likely to find coast or sand lilies and violets, both of which are considered to be vulnerable.

, Michigan beaches -- "Best Things to Do in Tunquen, Chile for Locals & Tourists - Restaurants, Hotels" Back to Top 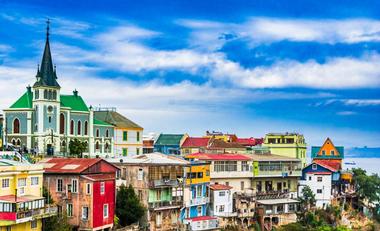 Tunquen is located just 50 minutes from the attractive and interesting port city of Valparaiso, which is an ideal day-trip destination when you need a break from the beach. Valparaiso received an influx of European immigrants during the 19th century, and the city boasts many architectural features influenced by these settlers. You will find colorful cliff-top homes reached by steep funiculars, and a bustling downtown Plaza. You can lose yourself in the colorful alleyways, lined with bohemian street art and interesting cafes and bars. Highlights of your visit could include a free walking tour, a ride on the original Ascensor Consepcion funicular and a visit to the Parque Cultural de Valparaiso to learn about the history of the city. 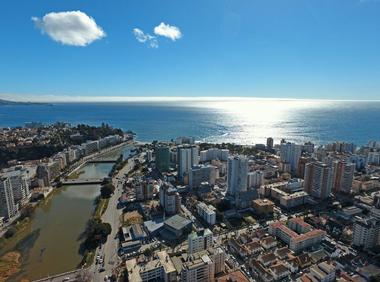 Located within the greater Valparaiso region, just 60 minutes north of Tunquen, Vina del Mar is a lovely coastal city which is often referred to as the Garden City. Unfortunately, many of the city’s oldest buildings have been destroyed by earthquakes, but those that remain are conveniently located along Avenida Libertad (Liberty Avenue) and Quinta Vergara, a large and beautiful city park which is home to the Vergara Palace, the Artequinn Museum and a large amphitheater. Other popular tourist attractions include the lovely Wulff Castle and Museum, Renaca Beach (for surfing and soaking up the sun) and the National Botanical Gardens. 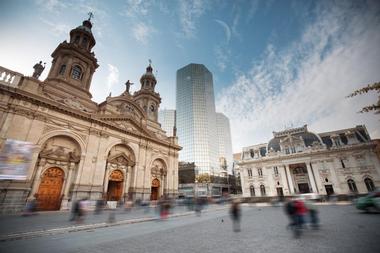 It will take you just 90 minutes to drive to Santiago from Tunquen, making this vibrant city an ideal day-trip idea to add to your Tunquen itinerary. Chile’s bustling capital is beautifully nestled in a valley surrounded by mountains, including the snow-capped Andes. The city is full of historic landmarks, most of which are conveniently located close to the Plaza Armas, at the heart of Santiago’s colonial core. You can join a free walking tour to see most of the highlights of the inner city. Highlights of your visit should include taking in the views from San Cristobal Hill, visiting the National Museum of Fine Arts, the Moneda Palace and Santa Lucia Hill.

10 Best Things to Do in Tunquen, Chile

You are reading "10 Best Things to Do in Tunquen, Chile " Back to Top

25 Best Places to Visit in India