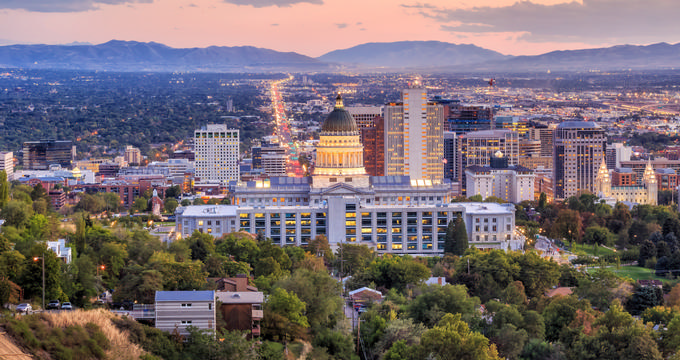 Situated in the western section of the United States, Utah is the 13th largest state in terms of land area and the 31st most populous state. It covers an area of 84,899 square miles in total and has an estimated population of 3.1 million, making it the 10th most sparsely populated state. Nicknamed the 'Beehive State' and 'The Mormon State', Utah is perhaps best-known as the home of The Church of Jesus Christ of Latter-day Saints, also known as the Mormon Church.

Over 60% of all Utah residents identify as followers of the Mormon faith and the global Mormon headquarters are located in Utah, along with many temples and key religious locations. Religion aside, Utah is a leading state in fields like transportation, education, and technology. It's also a highly popular touristic state, with many popular ski resorts and outdoor recreation areas. The capital city of Utah is Salt Lake City, which is also the largest city and largest metropolitan area in the state. Read on for some additional statistics, facts, and details on the largest cities in Utah. 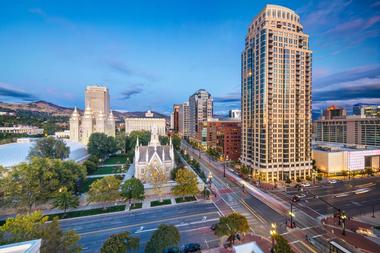 Located in Salt Lake County, Salt Lake City is the capital city of Utah and is also the state's biggest city. It covers a total area of 110.4 square miles and is situated in the central northern part of the state. The estimated population of Salt Lake City is 200,000, with over 1.2 million in the surrounding metropolitan area.

This city was settled in the mid-19th century and was founded by followers of the Mormon faith who wanted to find a peaceful plot of land where they could live their lives and practice their religion without fear of persecution. Salt Lake City is also known as a popular place for winter recreation and outdoor activities, being situated in close proximity to several world class ski resorts and famously hosting the Winter Olympics in 2002. 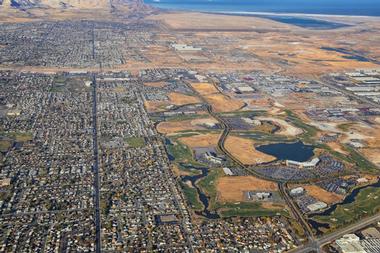 West Valley City was incorporated in 1980 and the area has been known under several names over the years, including Hunter, Chesterfield, and Redwood. West Valley City has close ties with Salt Lake City and also hosted certain events during the 2002 Winter Olympics. 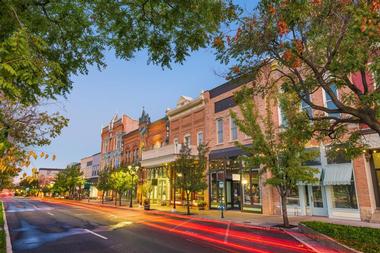 Located in Utah County, of which it is the county seat, Provo is the third largest city in the state of Utah. It is situated on the Wasatch Front, which is located in the central part of the state, around 40 miles south of Salt Lake City. Provo covers an area of 44.2 square miles and has a total estimated population of 117,000, with over 526,000 in the metropolitan area.

This city was founded in 1849 and named after Etienne Provost, a French-Canadian trapper and trader. As with many other major cities around Utah, Provo's culture is strongly influenced and centered on the Mormon faith. The city is home to Brigham Young University, which is operated by the Mormon Church, and the church's largest Training Center is also found in Provo. 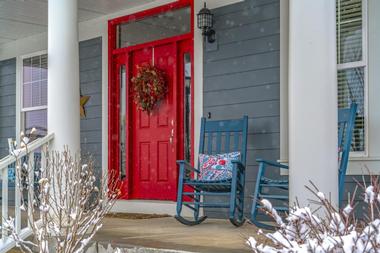 
Located in Salt Lake County just outside Salt Lake City, West Jordan is the fourth largest city in Utah. It covers a total area of 30.9 square miles and is technically a suburb of the state capital. The estimated population of West Jordan is 112,000.

The name of the city was derived from the River Jordan in Israel, which served as the influence for the naming of Utah's Jordan River. West Jordan was initially a small agriculture and mining town, but grew over the years to incorporate new ideas and industries. 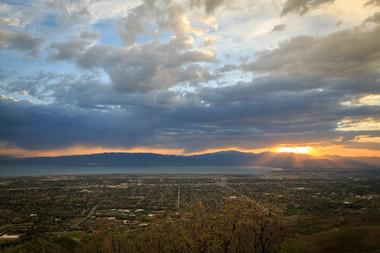 
Situated in Utah County in the northern central part of the state, Orem is the fifth biggest city in Utah. It covers a total area of 18.3 square miles and has an estimated population of 90,000. Orem is situated in close proximity to Provo and forms the Provo-Orem Metropolitan Statistical Area.

This city was settled in 1877 and named after Walter Orem, who worked as president of the Salt Lake and Utah Railroad. This city is home to Utah Valley University, one of the only Open Enrollment Universities in the state.

Things to Do in Salt Lake City: Utah’s Hogle Zoo

5 Best Things to Do in Clearfield, UT