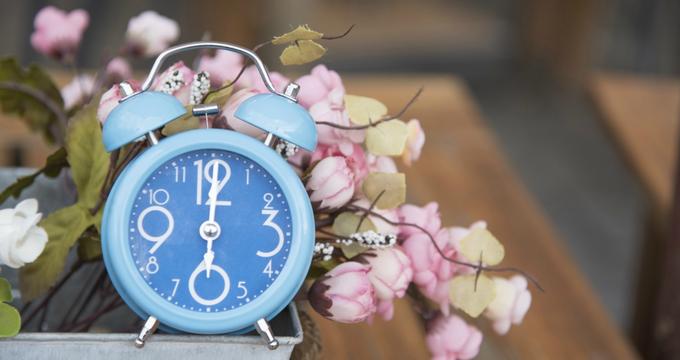 2018 marks the 50th year that Arizona has been opting out of daylight saving time. In other words, it’s been 50 years since the Arizona State Legislature voted not to opt into the Uniform Time Act, which made daylight saving time mandatory and essentially pushed sunset one hour later. As a state with people who experience triple digit temperatures for months on end and root for sunset every day, Arizona just wasn’t going to accept that practice sitting down.

To be clear, the official time zone of Phoenix, Arizona, is Mountain Standard Time, or MST. This means that the folks in Phoenix never take the time to change their clocks. The same goes for the rest of Arizona, with a few exceptions.

Before going on with Arizona’s special case on time zones, it’s best to first clarify how the concept works, especially in the US.

Most time zones in the United States can be calculated easily because they’re based on Universal Time Coordinated or UTC. As the name suggests, it’s a measure of time that’s used worldwide. UTC, however, is not a time zone in itself, so it remains constant no matter where you are. This is used as a basis for regions when adjusting their time zones.

California, for example, is 8 hours behind UTC and 7 hours behind during daylight saving time. Arizona is 7 hours behind, or UTC-7 for short. Nowadays, you can easily use an online time converter to know what time it is in any city in the world.

Arizona’s time zone vs. those of other US states

This is where it gets tricky. As you can see, all US states follow standard time. But, from the first Sunday in November until the second Sunday in March, Phoenix, Arizona will be an hour later than California, 2 hours earlier than New York, and 3 hours later than Hawaii. At the same time, Arizona will have the same local time as Colorado, Montana, New Mexico, Utah, and Wyoming, as they will all be UTC-7.

Starting the second Sunday in March until the first Sunday in November, all US states observe daylight saving time, except for Arizona and Hawaii, which won’t be setting their clocks 1 hour ahead. This is why Phoenix will have the same time as California but be 3 hours ahead of New York. And because neither Hawaii nor Arizona observe daylight saving time, Arizona will stay ahead of Hawaii by 3 hours with their respective time zones of UTC-7 and UTC-10. During this time, Arizona will share the same UTC-7 time as California, Oregon, Washington, and Nevada.

- Arizona will be 1 hour behind Denver and 2 hours behind Chicago, for example. It will have, however, the same time as Los Angeles.

- Those who love watching sports realize that events that take place outside Arizona will happen an hour earlier. This will impact NCAA’s March Madness the most.

- Some cable TV shows also air scheduled shows earlier, meaning that kids might end up getting exposed to content not appropriate for younger audiences.

- Arizona’s refusal to apply DST means that the sun won’t stay out too late for them, which could affect a lot of daily activities. This also means they don’t have to work longer than they should have, which would expose them to the heat of the sun.

- The Arizona lawmakers who refused the implementation of a uniform time actually made history when they had an almost unanimous vote on the issue, essentially rejecting daylight saving time.

Does Arizona change to Pacific Time during the year?

No. This is a common misconception brought about by a coincidence involving MST and PDT. It just so happens that both time zones share the same time, UTC-7, for half the year. However, this doesn’t mean that Arizona changes its time zone to Pacific Time.

Notable exception: The exception to most of what was discussed above is Northern Arizona, which does actually practice daylight savings time.

Note: Be mindful about time zones when making ticket purchases for trains or airlines. This can even be applied to baseball ticket purchases as well. You might confuse the scheduled time printed on the ticket with that of another time zone, so it’s always good practice to make sure you know what the actual time should be.

Tip: To help you out, keep in mind that Arizona’s major cities will always have the same time as Phoenix. This includes Tucson, Scottsdale, Glendale, Mesa, and Flagstaff.

- Although more than 70 countries observe daylight saving time, there’s no clear answer as to how much daylight is actually saved by the practice.

- Some studies have suggested that daylight saving time can be harmful to your health. In one study, there was a link between the practice and an increased risk of heart attacks, allegedly caused by the lost hour of sleep. This, of course, should be taken with a grain of salt.

- There have been 24 recorded attempts by the legislature to abolish the practice or have it changed. None of these bills passed.

While it may feel like keeping track of these time zones can be confusing, keep in mind that Arizona has a different time zone for a good reason: They wouldn’t benefit from daylight saving time the same way other states do. That extra hour of sunlight would have a great impact on their lifestyles, workforce, and other things that matter.

Meanwhile, it’s not so hard to get used to these times zones, not with technology becoming more and more available nowadays. It just takes a bit of research and some getting used to before switching between time zones becomes second nature.