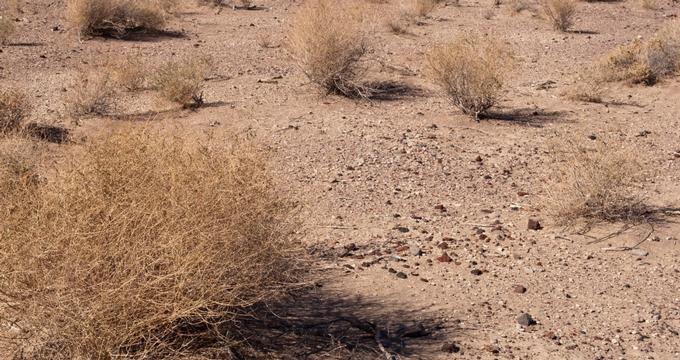 There are a number of places across the planet that seem like they will forever be associated with inexplicable and mysterious vanishings. From the Bennington Triangle to the Bermuda Triangle, the world has several mysterious triangles, triangles that seem to cause people to disappear from existence. These places seem to draw people in who seek to explore the their mysterious wilds. One of these triangles that isn’t known as well to the world is the Nevada Triangle, spread out over a massive expanse of Nevada’s dusty desert, as well as mountains. While not as well-known, the location of the Nevada Triangle is just about as ominous and enigmatic as the others.

Spread out across a wide section of land that totals twenty-five thousand square miles of desolate landscape that features scrub, mountains, and desert. The expanse of land is located near the Great Basin Desert and the Sierra Nevada mountains in the state of Nevada. Anyone who visits the area will think they’ve been transported to the surface of an entirely different planet. It’s an expanse of land that has acquired a bit of a sinister reputation over the years. In addition to being located in the area of the top-secret, notorious Area 51, the region became a mysterious place in which at least hundreds of planes have flown into and never returned. This is how the area became known as “The Nevada Triangle.”

The area of the Nevada Triangle is often defined as the land stretching from Las Vegas at its southeastern corner, to the western corner of Fresno, and up to the top of the “Triangle” at Reno. According to locals and other reportings, it’s said that this sparsely populated expanse of rugged wilderness has seen by several estimates about two thousand plane crashes throughout around sixty years. A larger number of these crashes have occured under strange circumstances, many of which involved experienced pilots who have crashed without any real clear reason, and with plane wreckage that was never found.

The most famous plane crash by far in the Nevada Triangle was that of James Stephen Fossett. Fossett was famous for an array of world records, including the first person to fly solo around the world nonstop in a balloon. He also set over one hundred addition non circumnavigation records, as well as records in sailing and aviation.

The sudden shifting fury of the weather in the area has been suggested as one of the possible reasons for the many planes that have gone missing in the Nevada Triangle. The region’s Jet Stream combines with the wedge-shape and high, sheer peaks of the mountain range to create downdrafts and volatile winds that can be dangerous to small aircraft. This phenomena of weather can basically pick up planes and toss them hurtling towards the ground. Another possible reason is simply pilot error, as many inexperienced pilots could have flown into the area, not exactly knowing how they should handle the disorientating terrain of the mountains or the turbulent winds. The soaring cliffs and sharp canyons don’t help the situation.

Best Things to Do in Lincoln, NE: University of Nebraska State Museum