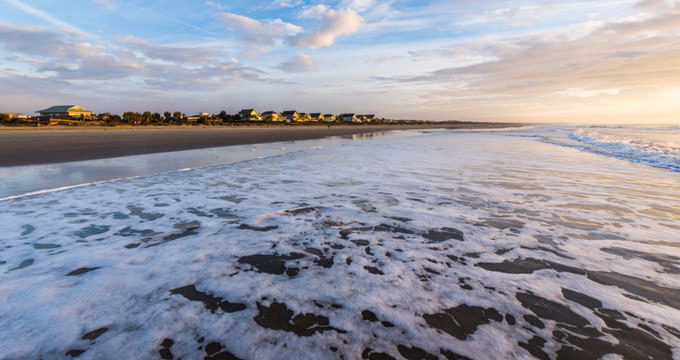 South Carolina's Atlantic Ocean coastline is home to a myriad of barrier islands, including the beautiful Sea Islands chain, which includes over 100 islands and stretches between the Santee and St. Johns Rivers. Charleston residents and visitors can enjoy vast stretches of coastline on nearby barrier islands or along the region's harbor and Intracoastal Waterway tracts. 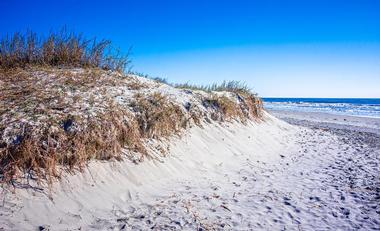 Kiawah Island has been named as the United States' top resort island destination by Condé Nast Traveler, renowned for its Kiawah Island Golf Resort, which has hosted a number of top PGA events. The charming island, which is located approximately 20 miles off of Charleston's coastline in the Atlantic Ocean, is home to gorgeous preserved marsh and maritime forest habitats and over 10 miles of pristine coastline. The island's only public beachfront, Kiawah Beachwalker Park, is operated by Charleston County's Parks and Recreation Department and stretches for 11 miles along the island's oceanfront and Bohicket River shores. Its calm waters make for great family-friendly swimming during the summer months, while its ADA-accessible boardwalk provides opportunities for strolling along beautiful live oak-covered pathways. 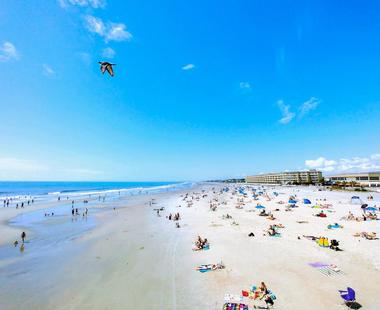 Folly Beach, commonly referred to as the "edge of America," is a lovely barrier island community that is known as one of the East Coast's top surfing destinations. More than 2,500 feet of beachfront provides excellent opportunities for a wide array of summer water sports, including kayaking and swimming, with an additional lifeguarded swimming area offered at Folly Beach County Park. Its Folly Beach Fishing Pier is the East Coast's second-longest public pier, stretching more than 1,000 feet into the Atlantic Ocean. Within the town of Folly Beach, which is considered to be one of the nation's final remaining authentic beach towns, visitors can explore the George Gershwin-associated Porgy House or explore eclectic beachfront boutiques, bars, and restaurants. 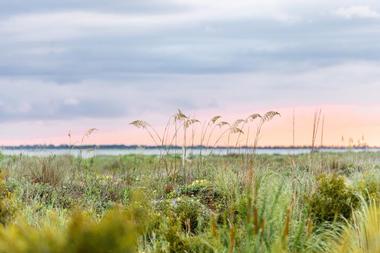 Sullivan's Island is a 3.3-mile island within Charleston Harbor that is best known for its connection to the transatlantic slave trade, with many historians deeming it as the "Ellis Island" of the event due to the high number of enslaved Africans brought into the Americas via its shores. Despite its sordid past, the island, which is accessible from Mount Pleasant using the Ben Sawyer Swing Bridge, is better known today for its pristine public beachfronts, which are a favorite destination for visitors looking to surf, paddleboard, kiteboard, or kayak. Spectacular sand dune formations are showcased at some of its more natural beaches, with excellent hidden-gem fishing spots aplenty. Further inland, the island's business district is home to some of the Charleston area's best seafood restaurants. 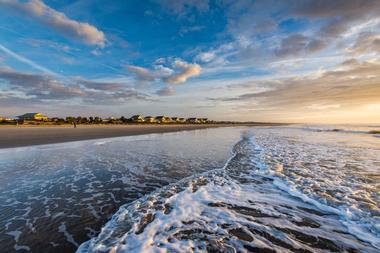 Isle of Palms is one of the most popular tourist destinations in the greater Charleston regions, located less than 12 miles from the city's center along the Intracoastal Waterway. The affluent resort community island is home to a lively business district, attracting shoppers looking for unique retail options and diners with gourmet palates. Great swimming conditions are offered at the island's public beach, while day-use picnic sites and a children's playground are available at Isle of Palms County Park. Visitors can also enjoy beach volleyball games and live music performances at The Windjammer, which hosts a number of annual beach volleyball tournaments. Other island attractions include the Tom Fazio-designed championship golf courses of the spectacular Wild Dunes oceanfront resort. 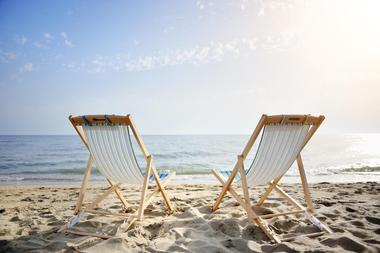 
Seabrook Island, also known as Simmons Island, is an upscale resort community barrier island within Charleston County, located adjacent to Kiawah Island and spanning approximately seven square miles. The island is a veritable paradise for summer vacationers looking for outdoor recreation activities, home to two championship golf courses, a nationally-renowned racquetball club, and one of the East Coast's only waterfront equestrian centers. Beautiful private beachfronts can be accessed by residents and visitors alike, with opportunities for kayak and boat rentals at the island's marina. After a long day of play, visitors can dine at elegant waterfront venues such as Bohicket’s Lounge and the Palmetto Room. 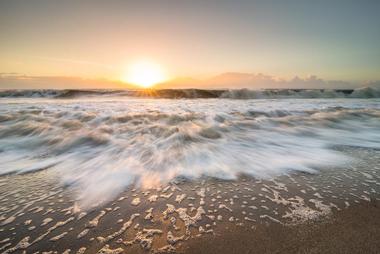 
Edisto Beach is a perfect getaway for Charleston-area visitors looking to escape the hustle and bustle of city life, known for its laid-back, traditional Lowcountry lifestyle and atmosphere. The beach town, which is located within South Carolina's Sea Islands region approximately 40 minutes from Charleston's city center, is devoid of chain businesses, luxury hotels, and even street lights, offering peaceful expanses of shoreline that are free of the tourist-trap chaos of many other nearby beaches. Visitors can stretch out on the spacious beachfront with umbrellas or rent kayaks to explore the island's creek and marshland areas within natural preserves such as the 4,630-acre Botany Bay Plantation. Unique regional attractions include the Edisto Island Serpentarium, which showcases a variety of exhibits related to the island's native wildlife. Visitors can also enjoy delicious crab-centric dishes at local restaurants such as Whaley's or peruse a wide variety of antique stores and art galleries for the perfect gift to take home. 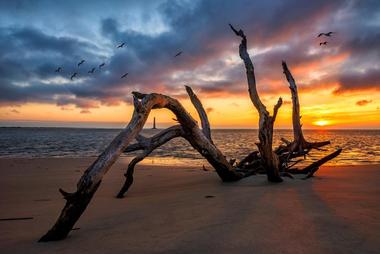 Morris Island is a charming uninhabited island within Charleston Harbor, best known as the site of a significant American Civil War battle that engaged the free African-American 54th Massachusetts Infantry in battle against Confederate troops. Today, visitors can explore the island's fort remains as part of guided tours, including Fort Wagner, which preserves a well-known candy-cane-striped lighthouse from the 19th century. Other historic lighthouses on the island include Morris Island Light, constructed in its current form in 1876 and listed on the National Register of Historic Places in 1982. Shell-collecting tours on the island's gorgeous beaches are offered by Adventure Harbor Tours, while adventurous wave-seeking catamaran excursions are available from Thriller Charleston. 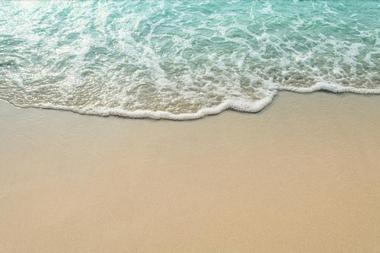 Capers Island is a lovely three-mile barrier island located just across the Intracoastal Waterway from Charleston's city center, accessible via boat from South Carolina's mainland. The undeveloped island, which was named in honor of early 20th century Bishop William Theodotus Capers, is bordered by Dewees and Bulls Islands and has been preserved as a state-protected natural refuge for much of the 20th century. More than 214 acres of pristine beachfront is protected within the preserve, along with salt marsh, maritime upland, and brackish water ecosystems. Islandgoers can explore the unique Boneyard Beach, which features shoreline collections of sun-bleached tree stumps and skeletons, or hike along the natural stretches of the McCaskill Trail. Primitive campsites are available for overnight use with permit. 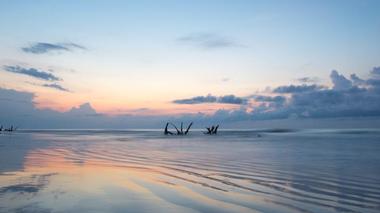 Bulls Island is the largest barrier island within the Cape Romain National Wildlife Refuge, accessible from the South Carolina mainland via private charter ferry at Garris Landing in Awendaw. The island serves as a primary visitor area for the refuge, which was originally established in 1932 to preserve significant native wildlife populations, including migratory birds and endangered loggerhead sea turtles. Pristine beachfront stretches and dense maritime forest habitats await visitors, who can enjoy opportunities for hiking, shelling, birding, and dolphin watching while on the island. 16 miles of inland trails are maintained on the island, which was formerly the site of the Bulls Bay Lighthouse, deactivated in 1913. VIsitors to the refuge can also view nature exhibits and information at the nearby Sewee Visitors and Environmental Education Center.

5 Best Things to Do in Lancaster, SC

25 Best Things to Do in Columbia, South Carolina