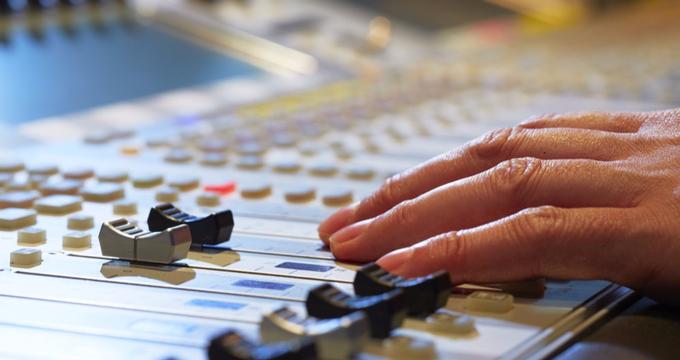 The universal power and significance of music is something that simply cannot be understated. Music, in all of its many forms and guises, has the power to entertain, inspire, and amaze people of all ages and from all walks of life. A piece of music can trigger a whole spectrum of emotions and responses in the listener, with the finest pieces able to make us feel everything from sadness and despair to joy and triumph.

This is why, even in these modern times dominated by technology and gadgets, people still turn to music and the radio on a daily basis, eager to hear new sounds and classic songs they know and love. We all have our favorite styles and genres of music, but listening to different kinds of music and little-known artists can be a wonderful way to make new discoveries, and that’s a big part of the founding philosophy of Classical Discoveries.

Anyone looking for quality radio in New Jersey needs to tune in to WPRB, a not-for-profit radio station housed in Princeton University and run totally be volunteers and students.

Sending out a signal across 15,000 square miles of land, WPRB reaches an audience of millions all around New Jersey, and over the state line into Philadelphia and Pennsylvania too.

- The Host - Classical Discoveries is hosted by Dr. Marvin Rosen, a pianist, music educator, and musicologist. Rosen has been hosting Classical Discoveries since the program was created back in 1997. Every week, without fail, he brings the show to life, animating the program for its entire duration and putting a big focus on exploring little-known music from around the world. An author and composer in his own right, Rosen has a bachelor's degree in music and music education, as well as master’s degrees in musicology and music education, as well as a doctorate in the latter.

- The Program - As the title of the program infers, Classical Discoveries is based around classical music, but the idea of discovery is really what fuels this show and makes it so different to any other classical radio programming you may be familiar with. The program typically runs for up to five hours, but can go well beyond this on certain occasions, and part of the fun of Classical Discoveries is that every program is unique, with new pieces of music and new composers unveiled every week.

- The Music - The key focus of Classical Discoveries is on pieces of music that don't get the same exposure and airtime as the big classics, with a real emphasis on music from the Baroque period and the 20th and 21st centuries in particular. As well as classical music, Classical Discoveries also features musical works from other genres like folk, jazz, pop, and rock. There’s a lot of variety in a typical Classical Discoveries show, ensuring that audiences of all tastes and dispositions will find something to love, and a big reason so many people tune in is to hear things they’ve never heard before and probably wouldn’t ever be able to hear otherwise.

- Special Events - As well as regular programming, Classical Discoveries also hosts various special programs. These can include Early Music specials, operas, special dedicated to music from certain countries or regions, specials focused around certain themes and topics, and more. Dr. Rosen has even organized 'Music Marathon' events in which music is played for 24 hours in a row, as well as running several annual features like the 'In Praise of Women' series, which takes place in March of each year, and puts the spotlight wholly on female composers and creators.

Classical Discoveries really embodies so much of what is special about music. We're all familiar with the popular artists, songs, and recordings of the modern era, but looking beyond the latest trends and giving a listen to lesser-known composers and pieces of music is a wonderful way to feel enriched and fulfilled, as well as making some amazing discoveries.

Hosted by a truly passionate music lover and expert who adores exposing beautiful music to audiences, Classical Discoveries is a wonderful example of the educational and entertainment power of radio in the modern world. Even those who have had little interest in classical music or have shied away from 20th and 21st century composers in the past should definitely listen in and make some amazing discoveries of their own. website

7 Best Things to Do in Asbury Park, New Jersey

25 Best Things to Do in Princeton, NJ

23 Best Things to Do in Atlantic City, New Jersey