12 Best Things to Do in Laurel, Maryland 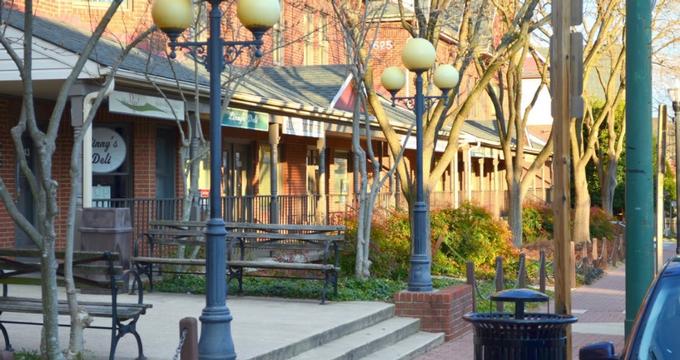 Laurel is a charming Prince George's County city located approximately halfway between the cities of Baltimore and Washington, D.C., sitting on the banks of the picturesque Patuxent River. The city, which was once a major mill town and railroading hub, has become a prominent epicenter for government activity, home to major Department of Defense offices and the Fort Meade Army base. Its famed Laurel Park thoroughbred horse racing track has hosted some of the world's most legendary racehorses, including Triple Crown winners Secretariat and War Admiral. Famed Montpelier Mansion, once home to Franklin D. Roosevelt's Undersecretary of State, is open to the public as a living history museum. 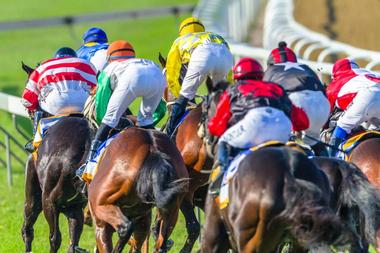 Laurel Park Race Track is an historic American thoroughbred racing track located just outside the city of Laurel, originally opened as part of the Laurel Four County Fair grounds in 1911. The track has hosted some of horse racing's most notable thoroughbreds over the years, including Triple Crown winners Secretariat, Whirlaway, Sir Barton, War Admiral, and Affirmed. Its 1 ?-mile course hosts annual Grade 2, Grade 3, and Listed stakes races throughout the year, including the Maryland Million Classic, the Commonwealth Derby, the Baltimore Washington International Turf Cup, and the Maryland Juvenile Filly Championship. The track is associated with Baltimore's nearby Pimlico Race Course, which hosts the annual Preakness Stakes, a part of the Triple Crown series. 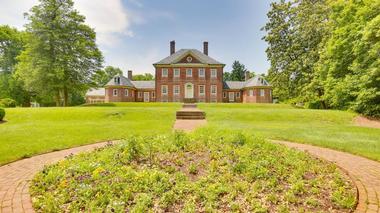 Montpelier Mansion is an historic Georgian-style plantation house in Prince George's County, located just south of the city of Laurel. The house, which has also historically been known as the Snowden-Long House, was originally constructed between 1781 and 1785 as a residence for Major Thomas Snowden and his wife, Anne. Throughout the home's history, it has served as a residence for major American figures such as Breckenridge Long, the Undersecretary of State in President Franklin D. Roosevelt's administration in the 1930s. Its grounds were once home to a 9,000-acre slave plantation, which has been reduced to approximately 70 remaining acres today. Today, the home and its surrounding acreage are preserved as a National Historic Landmark and open to the public for guided tours as a living history museum. 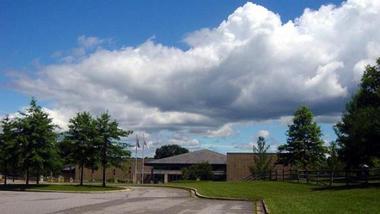 Patuxent Research Refuge's North Tract is the primary visitor area of the Patuxent Research Refuge, originally established in 1936 as the United States' only National Wildlife Refuge meant to support wildlife research. The refuge encompasses more than 12,800 acres throughout the Baltimore and Washington, D.C. areas today, including land formerly overseen as part of the Department of Agriculture and Defense. Over 1,100 species of vascular plants are showcased on the refuge, located within lovely meadow, forest, and wetland habitats. The refuge's North Tract offers opportunities for hunting, fishing, and nature hiking, while its National Wildlife Visitor Center hosts environmental science and education programs throughout the year. 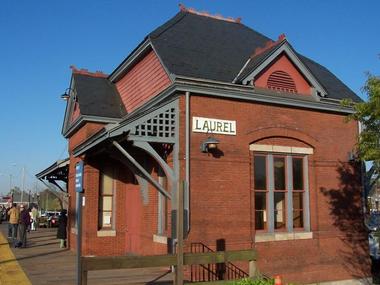 Laurel MARC Station is an historic rail station located along the MARC Train's Camden Line, a public transportation line operated by the State of Maryland traveling between Baltimore and Washington, D.C. throughout the week. The historic station was originally constructed as part of the Baltimore and Ohio Railroad line in 1884 as part of the line's Washington Branch route, designed by E. Francis Baldwin. It was listed on the National Register of Historic Places in 1973 and reopened to the public with the implementation of the MARC Train. Today, visitors can explore its preserved historic features and view original design elements such as its gabled and hipped roof sections and its interior chimney system. MARC Train service offers affordable one-way and roundtrip train service to both Baltimore and Washington, D.C. seven days a week, including late-night service select days. 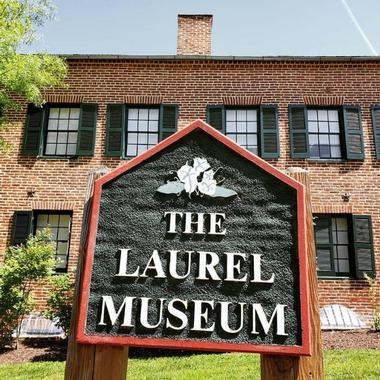 
The Laurel Museum is a charming museum preserving the history of the city of Laurel, located within a former mill worker's home constructed between 1836 and 1840 by Horace Capron. The gorgeous 2,590-square-foot brick-and-stone building was originally constructed to showcase four home units. Throughout the 20th century, it was maintained as a two-family home before being purchased by the City of Laurel in 1985 for conversion into a public museum. Today, the nonprofit museum showcases exhibits on the city's social, cultural, and civic history, including retrospectives of influential citizens. Museum admission is free for visitors throughout the year.

-- You are reading "What to Do in Laurel, Maryland this Weekend" Back to Top 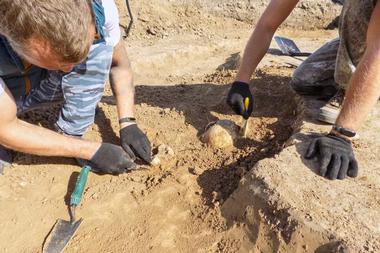 
Dinosaur Park is a unique public attraction near the cities of Laurel and Muirkirk, overseen by the Prince George's County Department of Parks and Recreation. The park preserves an important paleontological site that has uncovered significant early Cretaceous fossils, including significant Astrodon teeth findings. It sits on the site of former iron ore mines and furnaces, which were used to produce iron and steel during the 18th and 19th centuries. In 1858, workers at the mine site discovered what turned out to be confirmed as dinosaur fossils by Maryland state geologist Phillip Thomas Tyson. Additional dinosaur, turtle, and crocodile fossils were uncovered by John Bell Hatcher and several scientists connected to the Smithsonian Institution. Today, the site is open to the public and lets visitors embark on their own paleontological exploration with the help of onsite staff and volunteers. 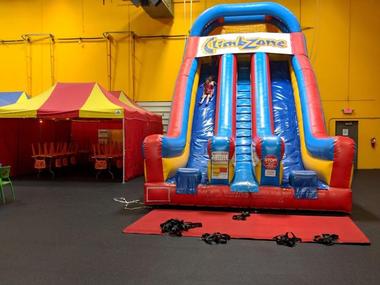 ClimbZone is a revolutionary family entertainment concept destination offering family-friendly climbing experiences for visitors of all ages to enjoy. The center is the United States' first indoor climbing center, adapting a popular entertainment center concept in New Zealand for American audiences. Visitors can enjoy a plethora of themed climbing experiences throughout the complex, including themed areas designed to resemble American landmarks Mount Rushmore and the Abraham Lincoln Memorial. Other climbing areas are more geared to families and children, including a Jack's beanstalk climbing zone, a giant spider web, and a massive space rocket climbing structure. An auto-belay hydraulic system ensures safe climbing experiences for all participants. 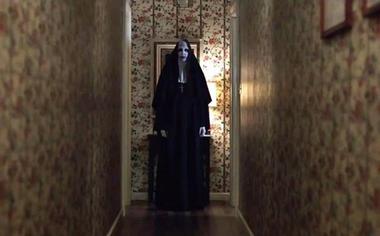 Laurel's House Of Horror and Escape Room is a top-rated haunted house in the Washington, D.C. region, open each year throughout the Halloween season between September and November. The attraction opened for the Halloween season of 2014, located within Laurel's Old Movie Theater within the Laurel Centre Mall Shopping Center, a purportedly haunted location that has been explored by area ghost hunters and paranormal enthusiasts. Unique haunted attractions play on visitors' senses, creating fear and anticipation through creative interactive exhibits. The house's escape rooms are also open to the public throughout the year, challenging visitors to work together to find their way out of themed rooms in an hour or less. 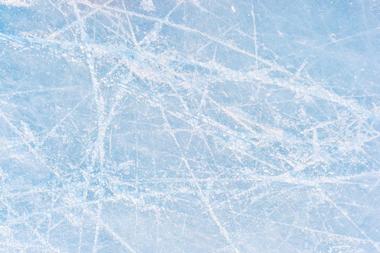 The Gardens Ice House is a privately-owned skating rink in Laurel, located on the grounds of Fairland Regional Park. The ice house is the home of the Mid-Atlantic Skating School and the Gardens Figure Skating Club, showcasing an Olympic figure skating rink, three NHL-regulation hockey rinks, and a miniature outdoor rink. The facility has hosted major figure skating, hockey, and curling championships throughout its history, including the Washington Junior Nationals and the Maryland Scholastic High School Championship. Roller hockey and indoor football are also hosted at the facility, many of which are open to the public as ticketed events. Open ice times are offered throughout the year at all four rinks and at the outdoor Whitey's Pond, named in honor of ice hockey rink owner Whitey Guenin.

, Michigan beaches -- "Best Things to Do in Laurel, Maryland for Locals & Tourists - Restaurants, Hotels" Back to Top 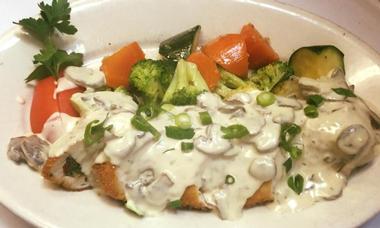 © Pasta Plus Restaurant and Gourmet Market

Pasta Plus Restaurant and Gourmet Market is an award-winning Laurel restaurant known for its fine Central and North Italian specialties, served up at lunch and dinner throughout the week. The restaurant was founded in 1983 by Massimo and Sabatino Mazziotti, showcasing an extensive menu of gourmet Italian fare crafted fresh onsite daily. All pastas and breads are made in house each day, complemented by wood-fired pizzas, meats, and seafood offerings. Pizza and calzone specialties range from traditional favorites like margherita pizza to vegetarian-friendly selections topped with zucchini, eggplant, and sun-dried tomatoes. Classic Italian pasta dishes are also served up, along with stuffed crepes and land and sea fare like veal parmigiana and pollo al vino.

11.Things to Do in Laurel, Maryland: Klobys Smokehouse 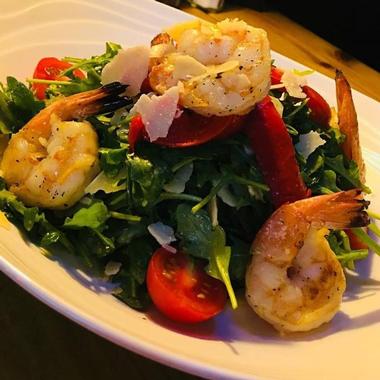 Klobys Smokehouse serves up delectable smoked barbecue dishes prepared onsite each day from taste-tested signature recipes. The restaurant is known for its delicious Carolina-style smoked pulled pork, which is served up on smokehouse platters or topped with homestyle coleslaw in signature sandwiches. Diners can also choose from favorites like hand-carved turkey breast, Texas-style beef brisket, sirloin tri-tip steaks, spicy pork sausage, or boneless chicken thighs, smothered in their choice of house sauces, which range from sweet citrus barbecue sauce and brown sugar bourbon sauce to spicy variants like honey habanero and smoked jalapeno chipotle. Over 350 bourbons and whiskeys are available to complement all meals, along with a selection of draft beers, seasonal cocktails, and artisanal milkshakes.

12.Things to Do Near Me: Mad Cow Grill, Laurel, MD 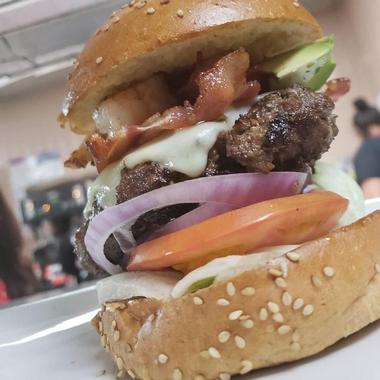 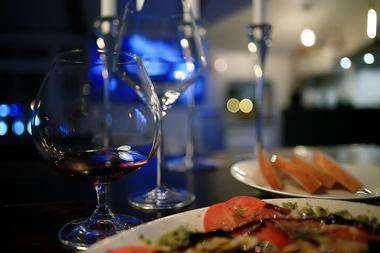 Sapphire Restaurant and Lounge is a unique Indian, Thai, and American fusion restaurant serving up the best of the East and West throughout the week at lunch and dinner. Diners can enjoy affordable dishes in generous portions, served up in an intimate dining space that welcomes the entire family. A plethora of traditional North Indian favorites are available throughout the day, including classic favorite entrees like mattar paneer, palak paneer, channa masala, lamb jalfrezi, and chicken korma. South Indian selections include favorites like paneer tikka masala and tamarind rice, served up alongside signature appetizers like dosa and pakora. American-style selections focus on Chesapeake Bay seafood offerings, ranging from Maryland-style crab dip infused with Old Bay seasoning to deep-fried shrimp baskets and daily fresh catch seafood trio platters.

12 Best Things to Do in Laurel, Maryland

You are reading "12 Best Things to Do in Laurel, Maryland " Back to Top

10 Best Things to Do in Owings Mills, Maryland

6 Best Things to Do in Berlin, Maryland

8 Best Things to Do in Fort Washington, Maryland

20 Best Things to Do in Cumberland, Maryland