13 Best Things to Do in Bel Air, Maryland 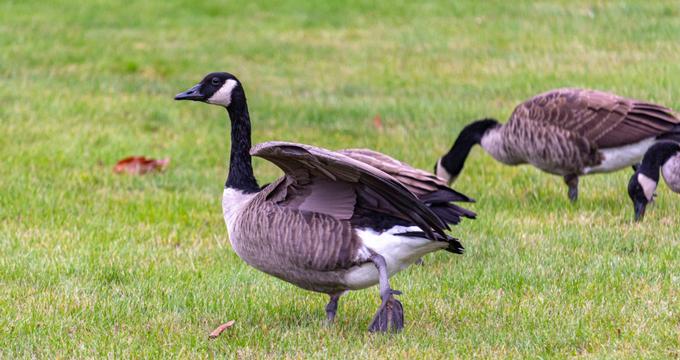 Bel Air is the county seat of Harford County and is situated on the outskirts of Baltimore, slightly inland of Chesapeake Bay. It is considered one of the best places to live in Maryland and is home to many young professionals and retirees. It was founded in 1780 and remained a small settlement for almost a century. In 1865, there were only 200 people living in the town. With the advent of the Maryland and Pennsylvania Railroad (MPA), nicknamed Ma and Pa, the town grew rapidly in the late 19th century. Notable residents were Dr Howard Kelly and John Wilkes Booth. 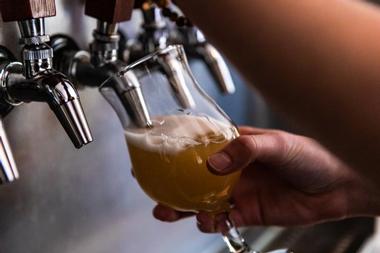 The Independent Brewing Company is Harford County's premier production brewery. It is situated in historic downtown Bel Air, at the top of the Ma and Pa Trail. The team produces small batches of gluten-free ales and ciders, served from 26 rotating taps. They also can six-packs to go and offer non-alcoholic beverages, such as coffee, root beer and kombucha. Bend and Brew yoga classes, Trivia nights and live music evenings are weekly events. A roster of food trucks delivers fresh, seasonal, local cuisine on site at various venues. The company also has a stall that pops up farmers' markets. 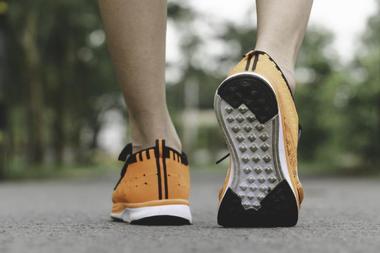 More than a hundred establishments support this heritage trail which follows the course of the old Ma and Pa Railroad through Harford County. The Bel Air section is 2.5 miles long and links with the longer trail. It starts at Williams Street and ends overlooking the Equestrian Center. The trail slopes moderately and runs through woodlands, under the highway and bypass, and crosses the creek several times. It is a short cut across town and has branches off to Harford Mall and Liriodendron Mansion. There is a dog park at one end where pets can run free. 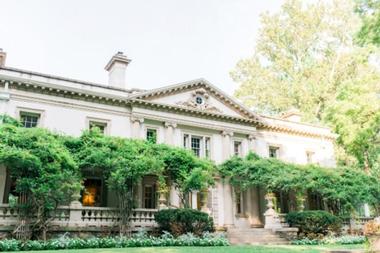 The mansion, on the western side of Bel Air, was home to Dr Howard Kelly and his wife Laetitia. Dr Kelly was one of the four founding physicians of the John Hopkins Medical College in Baltimore. The estate was originally 196 acres but parcels of land have been sold off since the 1940s, including what is now Howard Park. The Palladium-styled house was designed by the architect responsible for the Baltimore City Court House. It is a two-and-a-half story brick mansion. The original house still stands and there are several outbuildings on the property. Liriodendron refers to the botanical name of the tulip poplar found on the estate. 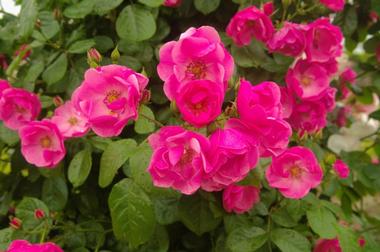 Junius Brutus Booth bought the one-and-a-half story Gothic Revival cottage out of a catalog in 1847. It was intended to be his family's country retreat but he died before it was completed. John Wilkes Booth, one of his sons lived there as a teenager, with his mother and siblings. The family sold the property to Ella Mahoney who lived there for 70 years and opened a museum. The property changed hands several times after her death and is now run by the Junius Booth Society and is open to the public. It was placed on the National Register of Historical Places in 1973. 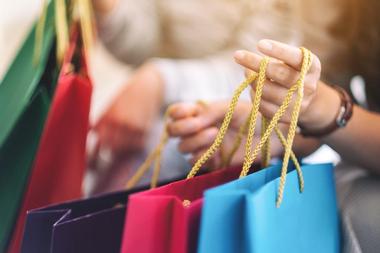 
The mall is situated near the junction of Maryland Route 24 and US Route 1, on the site of the old Bel Air Racetrack. It was constructed in 1973 and renovated extensively in 2006. The center court and interior were remodeled, the exterior was given a facelift and the food court was moved outside. There are almost 80 shops in the main building and the Harford Mall annex nearby, including ten eateries. Sears and Macy are currently anchor tenants and Woolworths was one until the chain ceased to exist. The center is open from 11 am to 5 pm. 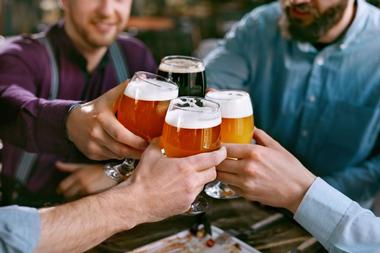 
Eryn and Brad Streett met in college and shared a passion for artisan beers. They experimented with home brewing while at college and after graduating toured several breweries to add to their research. They were married in 2012 and opened a micro brewery supply shop in 2013, from which they also sold their own home brews. They purchased a small farm where they grow their own hops. In 2017, they opened a commercial brewing venture where they sell a rotating selection of ten artisan beers. They are continuously refining their recipes and offer classes on home brewing. 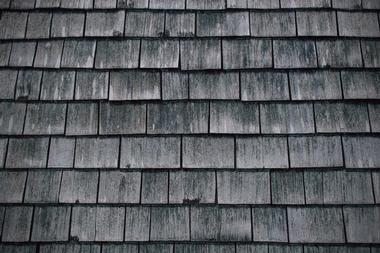 This one-and-a-half story house with the gambrel roof is the oldest in Bel Air. In 1960 it was moved from its original position to the current site. It is being used as a living history museum to depict the daily life of the rural gentry in the late 18th century. The social and cultural norms are explained in the guided tours, field trips, exhibitions and regular period enactments. Experts demonstrate hearth cooking and a variety of colonial crafts. Hays House is an educational resource and is opened weekly for genealogical and other research. The museum operates on select days from March to mid-December. 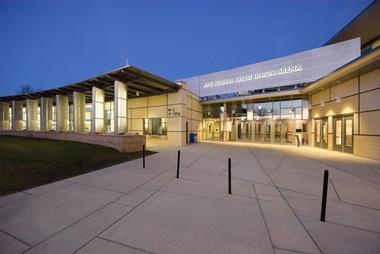 The construction of the APG FCU Arena in 2011 doubled the size of the original facility which opened in 1968. It is the largest indoor arena in the area. The 19000 square foot open space cost $267 million dollars to construct and is used for tournaments, commencements, concerts, conferences and fundraising events. It is home to three of Harford Community College's sports teams. 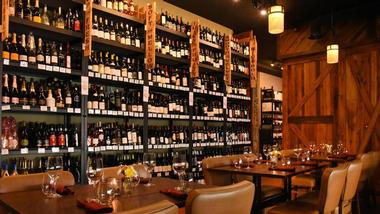 Chef Jon Kohler serves Mediterranean and Belgian cuisine with a Chesapeake Bay flair at his restaurant, using locally sourced, organic ingredients. The seasonal menu is paired with a selection of wines from around the globe. There are daily specials and menus designed for special holidays and festive occasions. Every Friday there is live music entertainment in the Wine Lounge. The restaurant can seat 40 people and is available for parties, corporate lunches and business meetings. The Village Bistro food truck takes the concept mobile and can be found at events around the region. 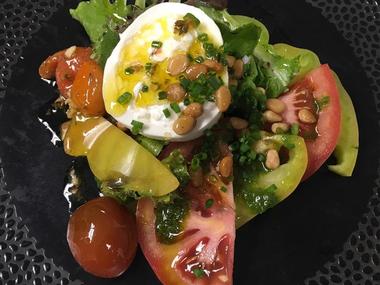 This New American restaurant is situated in an 1860s building in Main Street. The premises were formerly used as a florist, delicatessen, coffee shop and pre-prohibition bar. The building's history was taken into account when deciding on the elegant new dark walnut finishes. The result was an Archer Bull award in 2018, for architecture and design. The restaurant serves a set menu and small plate meals. The pre-prohibition theme was retained in the bar which serves wines from wine-producing countries around the world and seasonal cocktails made with local spirits. One Eleven Main is closed on Mondays.

Alchemy is an ancient philosophy. Tenets include turning base metals into gold and preparing the elixir of longevity. In a renovated restaurant in downtown Bel Air, Micheal and Debi conjure up modern American cuisine with cross-cultural influences, using modern techniques. The chic and lavish décor features gold, silver and copper metals with deep blue textiles. Their evolving menu changes completely twice a year. Weekly specials add extra seasonal interest. The bar stocks mainstream and craft beers and a selection of wines. Cocktails are handcrafted to order. The restaurant seats 140 people and is open 7 days a week. 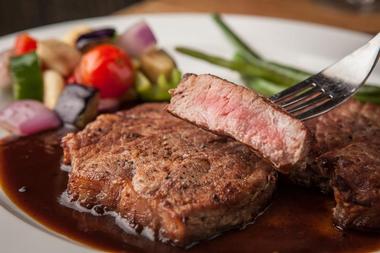 Friends, Calvin Lauf and Gary Rissling purchased a bar in 1992 and started the Cal and Gary Catering Company. Prime Rib was their signature dish. In 1995, they bought the Silver Spring Inn and the Silver Spring Mining Company was opened. The recipe for Sour Beef came with the purchase. In 1998, they opened another 'mine' in Bel Air. Sadly, it was also the year in which Cal died. The company has three locations – in Bel Air, Hunt Valley and Perry Hall. To complement their robust cuisine, they offer draft and bottled beer, and extensive wine list and have a cocktail menu dedicated to their Signature Collections. 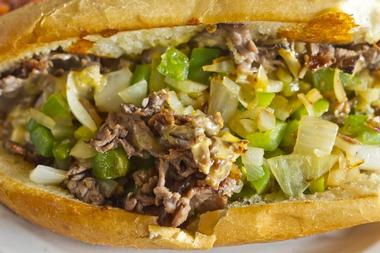 MaGerk is a made up word using the initials of co-owner John Dolaway's three daughters. John was determined to make the best Cheese Steaks outside of Philly and that has become the restaurant's signature dish. The restaurant was opened in 2000 in a derelict building that needed extensive renovation. John targeted upwardly mobile young adults. This strategy proved so successful that he was able to purchase the adjacent premises two years later. In 2006, a second MaGerks was opened in much larger premises. The new site has four bars, a spacious patio for outdoor dining and a huge indoor space. Two further venues have subsequently been opened in Pennsylvania.

13 Best Things to Do in Bel Air, Maryland

13 Best Things to Do in Laurel, MD

12 Best Things to Do in Ellicott City, MD