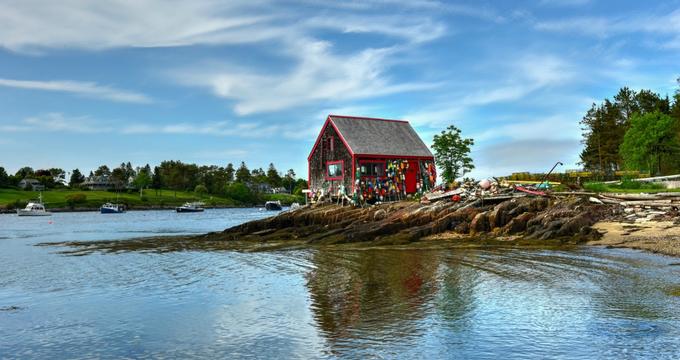 Located in Casco Bay off the eastern coast of the United States, Bailey Island is a part of the town of Harpswell, Maine and offers a variety of restaurants, inns, and outdoor natural attractions. 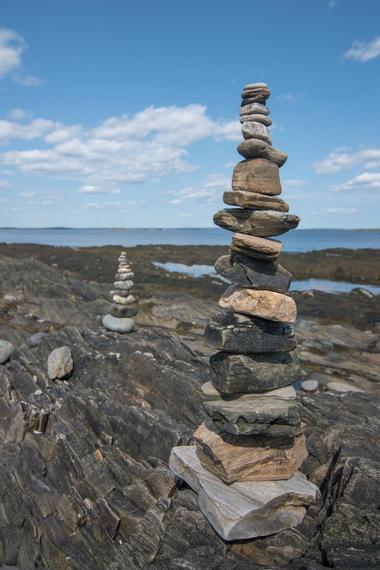 At the time of European settler arrival in North America, Bailey Island was known as Newaggin by the indigenous Abenaki tribe. The island was first settled by Europeans in the 17th century and was originally known as Will’s Island in honor of its first resident, William Black, the son of a freed slave from nearby Kittery, Maine. In 1742, the island fell under the possession of Reverend Timothy Bailey, who is believed to have purchased the island from Black for a pound of tobacco and a gallon of rum. Throughout the late 18th and early 19th centuries, the island was associated with psychoanalyst Carl Jung, who was a frequent lecturer at the Bailey Island Library Hall, and his followers Eleanor Bertine, Esther Harding, and Kristine Mann, who were summer residents of the island. Other prominent residents included illustrator Ida Waugh and writer Amy Ella Blanchard, who founded the island’s Episcopal Church summer chapel in 1916, and Swarthmore College President Frank Aydelotte. 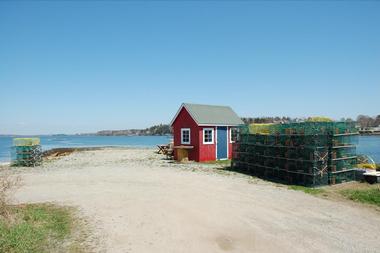 Today, Bailey Island is incorporated as part of the town of Harpswell, Maine, which offers 216 miles of coastline along the American East Coast and also includes Sebascodegan Island, Orr’s Island, and more than 200 smaller outlying islands. Bailey Island is connected to Harpswell via bridge and to Orr’s Island via the Bailey Island Bridge, completed in 1928 and still known as the only cribstone bridge in the world. The island is 2.5 miles long by 0.5 miles wide and has a year-round population of 400, though its population increases substantially during the summer months due to tourist-related activity.

A variety of natural and outdoor sites are featured on the island, including Mackerel and Garrison Coves, which are both operated as working fisherman’s coves for lobster boats. Both are also operated as public beaches and boat launches and offer a limited amount of visitor parking. The Land’s End Cove offers striking ocean views, public open-water swimming, a number of short visitor trails, and a small gift shop. Depending on tide and wind conditions, surfing is also available for visitors.

The island’s Giant Stairs are a series of giant boulders formed as the result of differential erosion of a nearby intrusive volcanic dike, serving as a path from the island’s main road to the ocean shoreline. A bronze plate at the entrance to the stairs acknowledges early island resident Captain Henry Sinnett and marks the start of the ¼-mile walk. Visitors are advised to be respectful of nearby private property and wear appropriate footwear for climbing the boulders. Parking for stair access is provided at the nearby Episcopal Chapel or along the adjoining street as long as visitors do not block traffic. 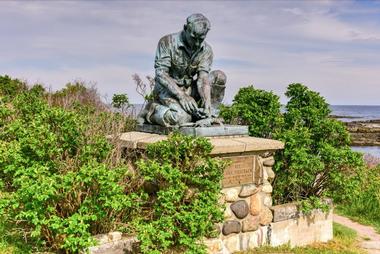 A number of historic structures are located on the island, including two World War II-era fire control towers located on the island’s southern tip. The island’s Nubble bait shack, a local lobsterman buoy area, is an often-documented site in New England photography. The island is also connected to the noted Maine Lobsterman sculpture, created for the 1939 New York World’s Fair by Portland sculptor Victor Kahill. Bailey Island resident H. Elroy “Snoody” Johnson served as the model for the statue, which was displayed at the Sea and Shore Fisheries Museum in Boothbay, Maine until 1983, when it was moved to Washington, D.C.

Tourist attractions on Bailey Island include the Sea Life Learning Center, which features aquarium exhibits and a tidal pool touch tank. The world-famous Cook's Lobster and Ale House, notably featured in a 1997 Visa commercial, offers classic lobster dishes such as boiled lobster and lobster rolls. Other restaurants include the Dolphin Marina and Restaurant. Overnight accommodations are provided at the Log Cabin Island Inn, which offers nine rooms, and the Driftwood Inn, a three-acre resort offering a saltwater swimming pool and housekeeping cottages.

In addition to bridge access, Bailey Island is accessible via ferry through the Casco Bay Lines passenger transit service, which transports more than one million annual travelers to eight islands within Casco Bay and provides mail service and education transportation for island residents. The service, which began year-round transit in 1878 as the Casco Bay Steamboat Company, was rebranded as Casco Bay Lines in 1919 and taken over by the nonprofit Casco Bay Island Transit District corporation in 1981. Daily ferry service is provided from Portland and nearby Peaks, Great and Little Diamond, Long, Chebeague, and Cliff Islands and Diamond Cove. A variety of scenic tours and special excursion cruises are also offered, including music cruises featuring local musicians and special event cruises in correlation with major holidays.

More Things to Do in Maine, Best Islands in Maine

-- You are reading "Most Beautiful Maine Islands: Bailey Island" Back to Top

You are reading "Most Beautiful Maine Islands: Bailey Island " Back to Top

15 Best Things to Do in Belfast, Maine

16 Best Things to Do in Rangeley, Maine

10 Best Things to Do in Rockland, Maine

7 Best Things to Do in Kennebunk, Maine