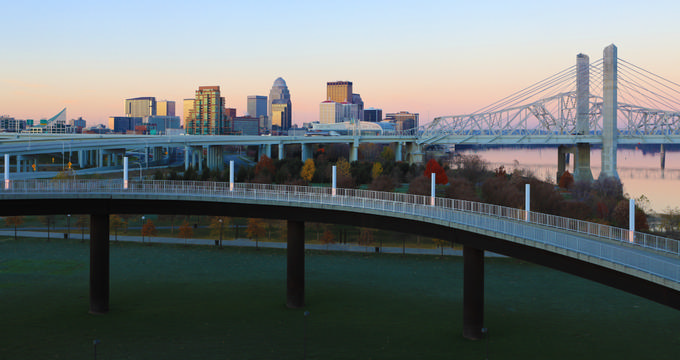 Officially known as the Commonwealth of Kentucky, Kentucky is a state found in the eastern central part of the United States. It is one of just four states to be classed as a commonwealth and has borders with seven other states: Virginia, West Virginia, Tennessee, Missouri, Illinois, Ohio, and Indiana. The Ohio River and Mississippi River also flow along the northern and western borders of Kentucky, respectively. The state covers an area of 40,409 square miles, making it the 37th largest state in terms of land, and has an estimated population of 4.45 million, which is the 26th highest state population.

Nicknamed the Bluegrass State, Kentucky was part of Virginia for many years before becoming the 15th state of the Union. The state is known for its unique and diverse array of landscapes, as well as being home to the two biggest man-made lakes on the eastern side of the Mississippi River. The capital city of Kentucky is Frankfort, but its largest city is Louisville. The Louisville metropolitan area, also known as Kentuckiana, is the biggest metro area in the state. Here are some details on the largest cities in Kentucky. 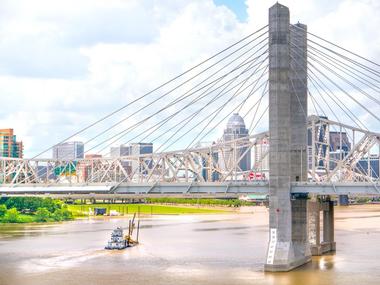 Located in Jefferson County in the central northern part of the state, Louisville is the largest city in Kentucky. This consolidated city-county is one of only two cities in Kentucky to be ranked as 'first-class'. Louisville was founded in 1778 and named after King Louis XVI of France. The city covers an area of 397.68 square miles and has an estimated population of 621,000, with 771,000 estimated to be living in the full consolidated area and over 1.2 million in the surrounding metropolitan area, commonly known as Kentuckiana.

Louisville is one of the oldest cities in the region and is known as a major commercial and cultural hub for the state of Kentucky, being the birthplace of world-famous boxer Muhammad Ali, as well as the headquarters of Kentucky Fried Chicken, three different Fortune 500 companies, the Louisville Cardinals college teams, and the University of Louisville. 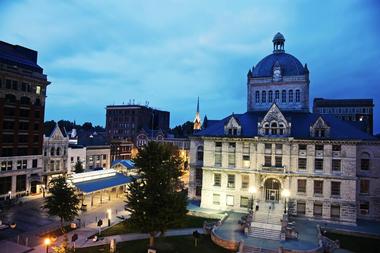 Along with Louisville, Lexington is the only other city in Kentucky to be designated as a 'first-class' city. It is situated in Fayette County in the eastern central part of the state. Lexington was established in 1782 and named after the town of the same name in Massachusetts.

This city covers an area of 285.5 square miles as a consolidated city-county and has an estimated population of 321,000, with over 512,000 in the surrounding metropolitan area. Lexington is statistically seen as a highly educated city and is also known as the 'Horse Capital of the World', home to Kentucky Horse Park and various horse race courses. 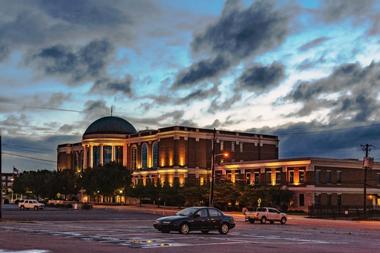 Located in Warren County, of which it is the county seat, Bowling Green is the third biggest city in the state of Kentucky. Bowling Green is situated in southern central part of the state and covers an area of 35.6 square miles. It has an estimated population of 67,000, with over 165,000 people living in the surrounding metropolitan area.

The city was originally named 'Bolin Green' and this name was believed to have been chosen in honor of the Bowling Green in New York City, a key site in the American Revolution. Bowling Green was founded in 1798 and served as the capital of Confederate Kentucky during the Civil War. 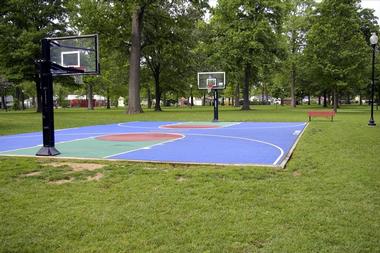 Located in Daviess County in the northwestern part of the state, Owensboro is the fourth largest city in the state of Kentucky. It is situated a little over 100 miles away from Louisville and covers an area of 20.4 square miles.

Owensboro has an estimated population of 59,000, with over 116,000 living in the surrounding metropolitan area. The city was originally called Yellow Banks when it was founded in 1797, but the name was changed to Owensborough, later shortened to Owensboro, in honor of Colonel Abraham Owen. 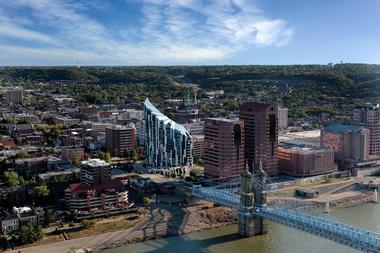 
Situated in Kenton County in the northern central part of Kentucky, Covington is the fifth biggest city in the state. This city was founded at the confluence of the Ohio River and Licking River, and has close ties with the city of Cincinnati in Ohio.

Covington covers an area of 13.7 square miles and has an estimated population of 40,000 people. The city was founded in 1815 and originally known as 'The Point' but was later renamed in honor of General Leonard Covington, a military commander who was killed in the War of 1812.

Things to Do in Kentucky: Mammoth Cave Adventures

25 Best Places to Visit in Kentucky

25 Best Things to Do in Lexington, KY

25 Best Things to Do in Louisville, Kentucky