11 Best Romantic Things to Do in Honolulu, Oahu 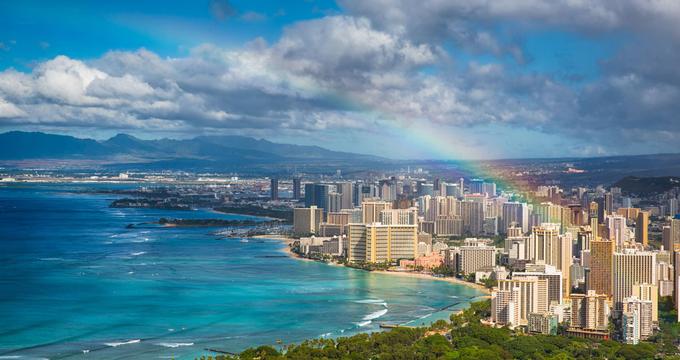 From superb cuisine and historic attractions to an array of unique water and land based adventures, Honolulu offers many great things to see and do for couples. Once you’ve had your fill of swimming, sunbathing and surfing in Waikiki Beach, enjoy some of these unique activities, including a dolphin swim, food tours, beach sunset yoga, and night time standup paddleboarding. 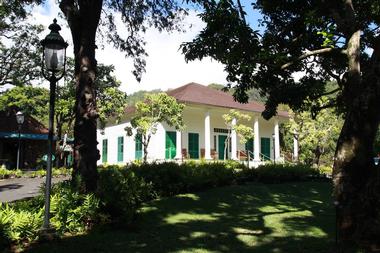 Once the seasonal retreat for Queen Emma and her family, this historic Hawaiian estate is now a museum open to the public for tours. Built in the mid-1800’s for the Hawaiian Royal Family, the home has since been refurbished and is beautifully maintained. Guests are able to experience the home as it would have appeared during the Royal family’s 19th century residency.

The palace’s décor presents a unique array of historical pieces, ranging from traditional Hawaiian craft to English pieces shipped overseas as gifts from the British monarchy. In addition to admiring the striking décor, visitors can meander through the property’s extensive gardens, peruse authentic artifacts that belonged to the royal family, and view a number of historically significant portraits. 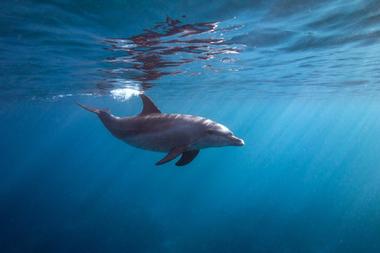 The Dolphins and You tour provides guests with the unique experience of swimming among dolphin pods and sea life in the peaceful waters just off the O’ahu coast. If you are looking for romantic things to do in Honolulu, this is a great idea for couples. Beginning in the Waianea Boat Harbor, visitors are introduced to the crew before participating in a native E’ Hoi Mai Ceremony. In this ceremony, participants sing a song and offer flowers to the ocean as a prayer for a safe trip and to give thanks to the dolphins. Guests then journey by boat out into the water before donning a mask and snorkel and submerging themselves in the clear water. Aside from dolphins, swimmers have the chance to get up close to a range of diverse marine life including sea turtles and vibrant, tropical fish.

-- You are reading "11 Best Romantic Things to Do in Honolulu, Oahu" Back to Top 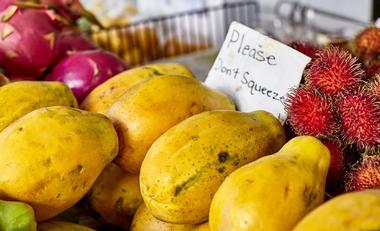 Designed for food lovers, Hawaii Food Tours offers two options for visitors who want a taste of authentic, local cuisine. Designed by Matthew Gray, a former Celebrity Chef and local food expert, the tours are specifically crafted to showcase modern foods native to Hawaii. The tour goes beyond traditional Hawaiian cuisine and introduces visitors to a globally exotic range of tastes and flavors that exist on the island.

The Hole in the Wall Tour visits a variety of Honolulu based establishments, and some of the special treats you can try include Portuguese donuts and Korean BBQ. The North Shore Food Tour takes visitors away from urban Honolulu and into the heart of Oahu for an experience that includes both high-end eateries and unique roadside stands (808-926-3663). 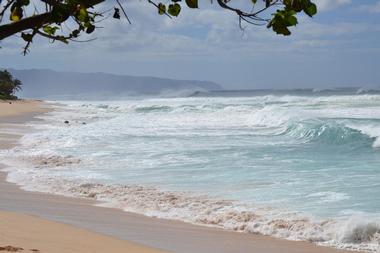 
Inspired to share the beauty of his home and his passion for photography, local photographer Alex Wilson founded O’ahu Photography Tours and began providing island tours fused with photography lessons, offering a completely new experience to both locals and visitors. Eight diverse options are offered by O’ahu Photography Tours. Ranging from sunrise to moonscapes, the tours are spread out across the island of O’ahu.

Participants can choose an appropriate tour based on their desired environment, subject, and photography skill level. Photographers can expect to gain a unique perspective on Hawaii while receiving instruction on the technicalities and subtleties of photography, allowing participants to improve their photo taking skills (808-679-1938)

-- You are reading "11 Best Romantic Things to Do in Honolulu, Oahu this Weekend" Back to Top 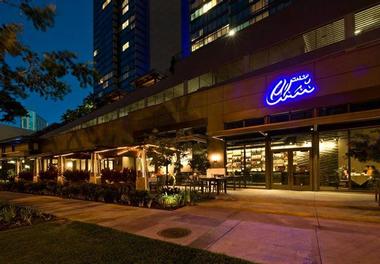 
Located in downtown Honolulu, Chef Chai offers his guests a vibrant dinner menu. Named for the resident legendary chef, the restaurant is known for its Hawaiian fusion centered cuisine. Thai born, Chef Chai utilizes local produce and farm fresh ingredients, many of which are purchased from Honolulu’s Chinatown, in every meal. Chef Chai manages to balance an upscale ambiance with a down to earth attitude.

A modern vibe permeates the restaurant, which allows its guests to enjoy a decidedly contemporary fine dining experience. The restaurant offers several location options for guests, including a private dining room, a full bar, and an outside patio complete with fire tower surrounds. 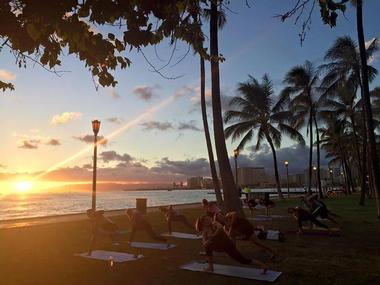 Each activity offered is designed to encourage a mindful practice using gentle body movements and inspiration from the natural environment and O’ahu landscape. The company’s giving nature extends beyond their customers, as a large portion of the profits benefit a local non-profit organization that promotes a curriculum of mindfulness into elementary schools around the nation. 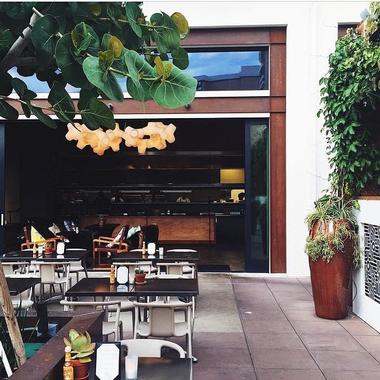 Buho Cantina prioritizes the use of farm fresh produce, locally grown right on the island. The casual eatery welcomes guests into a trendy and upbeat atmosphere. The rooftop location allows for both indoor and outdoor seating, and a live cantina band performs regularly for guests’ entertainment.

-- "11 Best Romantic Things to Do in Honolulu, Oahu for Locals & Tourists - Restaurants, Hotels" Back to Top 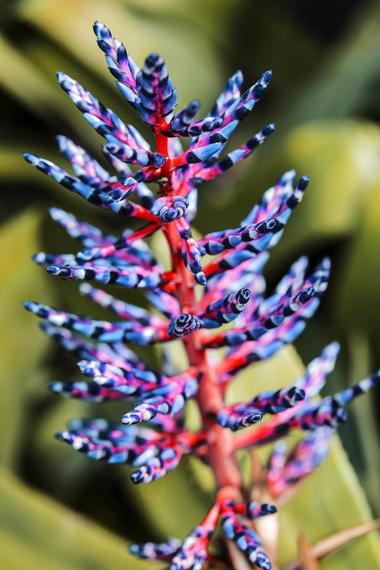 With twelve gardens to choose from, visitors have the opportunity to experience over 5,000 types of tropical plant species. Included in this selection is a Native Hawaiian Garden, which showcases a collection of indigenous and endemic Hawaiian plants, the Herb and Spice Garden, and the Children’s Garden, an interactive learning site. 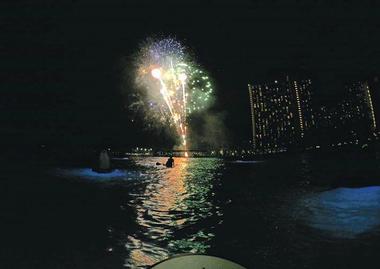 Firework Fridays SUP, on the other hand, allows tour goers to experience an evening paddle under the weekly firework show at Oahu’s famous Waikiki Beach. Both options are available for paddlers with any level of experience. Nocturnal Adventures provides guests with specially designed paddleboards that are equipped to light the water below with unique glow-in-the-dark abilities (808-233-9472).

11 Best Romantic Things to Do in Honolulu, Oahu

Located in Honolulu, Hawaii, the ‘Iolani Palace the only royal palace in the United States and operates as a living history museum dedicated to preserving the history of Hawaii’s Kamehameha and Kalakaua Dynasties. Prior to the mid-19th century, the site of the current ‘Iolani Palace housed an ancient burial site for Hawaii’s ali’i ruling class, along with several estate residences for members of the House of Kamehameha.

In 1844, Mataio Kekuanao?a, the Royal Governor of O’ahu, began constructing a new royal residence at the location of a demolished former estate, rumored to have once been the site of an ancient religious temple. Named Hale Ali'i, which translates to House of the Chiefs, the residence was intended as a gift for Kekuanao?a’s daughter, Princess Victoria Kamamalu. In 1845, however, the residence was purchased by King Kamehameha III, who moved the kingdom’s seat of government from Lahaina, Maui to Honolulu during his tenure. The Hale Ali’i residence remained the official residence of the Kamehameha Dynasty until 1872, when King Kamehameha V died without naming a successor.

By the time David Kalakaua assumed the kingdom’s throne in 1874, the former Hale Ali’i palace was in disrepair, suffering major foundational damage from termites. As the first Hawai’ian monarch to visit Europe, Kalakaua was inspired by the grand palaces of European monarchies, and as such, commissioned the construction of a new palace on the Hale Ali’i site. Designed by architect Thomas J. Baker with additional work by Charles J. Wall and Isaac Moore, the cornerstone for the new ‘Iolani Palace was laid on December 31, 1879. After three years of construction, ‘Iolani Palace was completed at an unprecedented cost of $340,000, furnished with modern amenities such as indoor plumbing, telephones, and the first electric lighting system on the islands. A formal coronation ceremony for the palace was held in 1883.

The Palace served as the Hawai’ian monarch’s official residence until 1893, when the government of Queen Liliuokalani, Kalakaua’s sister and successor, was overthrown by the Committee of Safety. An 1895 attempt to restore the Queen’s power resulted in her arrest and nine-month imprisonment within a bedroom at the Palace. Following the overthrow, the Palace was converted into the headquarters for the Provisional Government of Hawai’i, and later, the capitol building for the Territory of Hawai’i following the region’s annexation by the United States in 1898. The palace was fully restored in 1935 and temporarily served as a military headquarters during World War II before becoming the government capitol for the State of Hawaii in 1959. A decade later, the state government vacated the building and moved to the current Hawaii State Capitol building in downtown Honolulu. The palace was then fully restored to its 19th-century appearance and furnishings by the Junior League of Honolulu, and in 1978, it was opened to the public as a living history museum.

Today, the ‘Iolani Palace stands as a unique example of American Florentine architecture, the only building of its type in the world. Palace tour operations are overseen by the Friends of ?Iolani Palace nonprofit organization, which offers two tour package options to visitors. Guided tours are led by docents and last approximately 90 minutes, while self-guided tours allow visitors to explore the palace and its grounds at their leisure with the accompaniment of an audio guide. A limited tour package allowing visitors to explore the Basement Gallery Exhibits, which showcase items from the Royal Collection and highlight the palace’s restored kitchen, is also offered, and a short introductory film, “The King’s Noble Vision,” is presented for free every half hour.

The palace’s first- and second-story rooms have been fully renovated for tours. Three first-floor rooms contain areas once used for formal state events and meetings with dignitaries, including the Throne Room, the palace’s largest room, which was used for state balls and diplomatic receptions and served as the site of Queen Liliuokalani’s trial following the government overthrow. Smaller informal meetings were held in the Blue Room, which features a koa wood piano and matching portraits of Liliuokalani and Kalakaua. A State Dining Room contains floor-to-ceiling windows and Parisian porcelain adornments, and a Grand Hall, which spans the entire length of the Palace, is decorated with portraits of Hawai’i’s former kings and queens and contains a Hawaiian koa wood staircase leading to the palace’s second floor.

On the palace’s second floor, visitors may tour the Imprisonment Room, where Liliuokalani served her sentence, along with the King’s Library, Music Room, and several bedroom suites. Several sites on the palace’s grounds may also be explored, including the Keliiponi Hale Coronation Pavilion, the Sacred Mound royal tomb, and the Iolani Barracks building.

In addition to standard visitor tours, several tour packages are offered for school groups and organizations, tailored to state curriculum standards. Elementary school tour groups receive an abbreviated tour with exploration of the Basement Gallery Exhibits, while middle and high school groups may tour the full palace. A number of public events are held at the palace throughout the year, including public celebrations of monarchy members’ birthdays. Weekly concerts by the Royal Hawaiian Band are held on the palace’s grounds, and Saturday morning classes are offered on the art of Hawaiian quilting.

You are reading "11 Best Romantic Things to Do in Honolulu, Oahu " Back to Top

Where to Stay Now