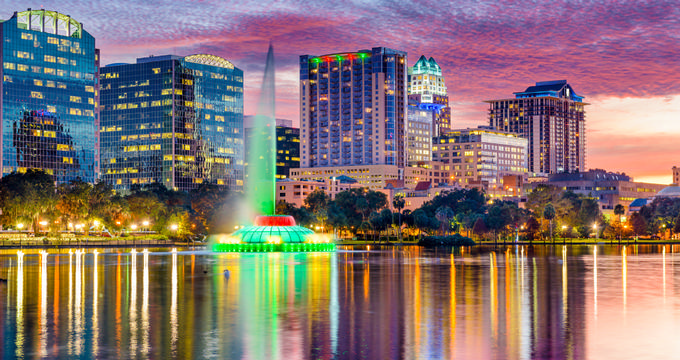 One of the most touristic cities in the entire United States, Orlando is the county seat of Orange County and is located in the center of Florida. Home of many theme parks, most notably Disney World and Universal Studios, Orlando is nicknamed 'The Theme Park Capital of the World' and attracts tens of millions of visitors each year. The city itself covers an area of around 113.75 square miles and is located in the Eastern Time Zone. Orlando has a population of around 280,000 people but over 2.3 million can be found in the surrounding metropolitan area. CDC information for travelers. Hours/availability may have changed. 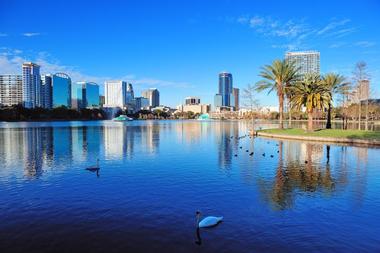 Located in the Sun Belt region of the United States, Orlando has seen major growth in recent decades but was originally established as a simple fort named Fort Gatlin in November of 1838. During the Second Seminole War, various military installations were constructed around Florida. The fort was abandoned in 1839 but other people began to settle in the area, constructing homes and businesses over time. The town that would eventually become Orlando was originally known as Jernigan in honor of its first permanent residents, Isaac and Aaron Jernigan. The name change to Orlando is subject to debate, with one story saying that a man called Orlando died in the area during the Second Seminole War.

Orlando was Florida's biggest city for many years but really took off in 1965 when Walt Disney himself revealed plans to build his Disney World theme park resort in the city. Nowadays, the city is filled in all corners with hotels, stores, eateries, and other tourist draws and attractions to go along with the famous theme parks. Orlando is at risk of hurricanes but enjoys warm and sunny weather for almost the entirety of the year, which serves as another reason for its high numbers of visitors. 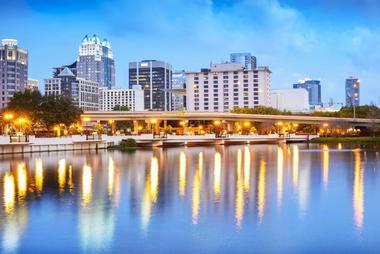 The elevation of a town or city is a geographical term which denotes how high or low the area is situated in relation to the mean sea level of Earth. The elevation of Orlando is just 82 feet (25 m), which is exceptionally low, but in keeping with much of the rest of the Sunshine State. Many other major cities around the United States, like Los Angeles, California, and Houston, are all situated at elevations below 100 feet (30 m) due to their coastal locations.

The state of Florida is one of the lowest of all, with a mean elevation of just 100 feet (30 m). Only Delaware and Louisiana have lower average elevations than the state of Florida. The elevation of Orlando is just a little lower than the state average. Florida is also known for technically for being the flattest state in America, with a very low elevation span of just 345 feet (105 m) between its highest and lowest points. The state's highest point is Britton Hill, which has an elevation of 345 feet (105 m), while its lowest point is at sea level in the waters of the Atlantic Ocean and Gulf of Mexico.

You are reading "Orlando, Florida Elevation" Back to Top

3.Climate and Things to Do in Orlando (Orlando, Florida Elevation) 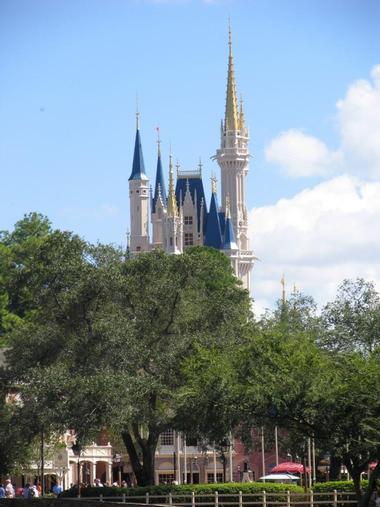 Florida is known as the Sunshine State due to its beautiful year-long weather and Orlando is a prime example of this. The city has a humid subtropical climate with high temperatures from January all the way through to December. Orlando's low elevation has a slight influence on its climate, as well as its location near the Tropic of Cancer. Orlando gets average highs of 90°F (32°C) in the summer months and around 70°F (23°C) in the winter.

There are many different things to do in the city of Orlando. The biggest attractions include the four different Disney World theme parks and the Universal Studios parks, as well as various water parks located around the city. Many restaurants and stores aimed at tourists can be found all around Orlando as well, but the city also has a lot of calmer and more natural areas and activities to enjoy like hiking, camping, scenic nature trails, kayaking, and fishing.

You are reading "Orlando, Florida Elevation" Back to Top

You are reading "Orlando, Florida Elevation " Back to Top

25 Best Things to Do in St. Augustine, Florida

21 Best Things to Do in Key Largo, Florida