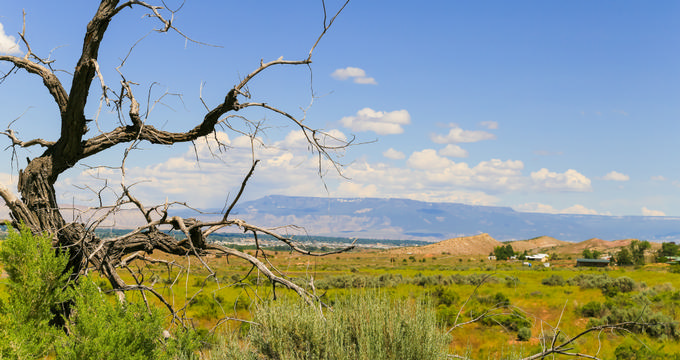 The county seat of Mesa County in Colorado, Grand Junction is a relatively large city located in the western side of the state, nor far from the border with Utah. The most populous city in the Western Slope part of Colorado, Grand Junction is a key transportation hub for the area and is located on the Colorado River and Gunnison River. The city covers an area of around 39.6 square miles and has a population of around 62,000 people, with almost 150,000 in the surrounding metropolitan area.

The area that would eventually become Grand Junction was once inhabited by the native Ute peoples. Their territory was abolished in 1881 and the Utes were sent off to a reservation in order to make way for new towns and settlements. A politician and lawyer named George Addison Crawford purchased a plot of land and founded Grand Junction, which was incorporated in 1882. Crawford also planted the state's first vineyard, which would help to establish Grand Junction as a key hub for the development of Colorado's Wine Country.

The city has a lot of stories to tell, playing home to gunfights, miners, criminals, and more over the years, but is now most commonly linked with wine production and classed as a fine city to visit for links with other areas like the nearby Colorado National Monument, Book Cliffs, and more. Grand Junction, CO is also classed as an ideal area for outdoor activities like mountain biking, hiking, rafting, and kayaking.

Along with population and surface area, elevation is another important geographical statistic of any town or city. Elevation refers to the height of a location in relation to sea level. The elevation of the Colorado city of Grand Junction is 4,593 feet (1,397 m), which is a very high elevation compared to most other cities and towns all around the United States. Many major American cities are constructed in coastal areas, resulting in low elevations of around 500 feet (152 m) or less, whereas Grand Junction is located very far inland in a highly mountainous, elevated state.

3.Climate and Things to Do in Grand Junction, CO 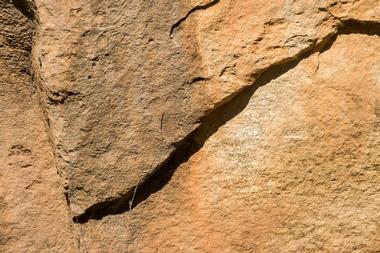 Due to its high elevation and high desert surroundings, the city of Grand Junction has a semi-arid climate. Winters tend to very cold and dry, with average temperatures of 27°F (-3°C) in January, which is the coldest month of the year. The warmest month of the year is July, which has an average temperature of 78°F (26°C). The city receives many hours of sunshine but low amounts of precipitation in general, with around 19 inches of snowfall per year and 9 inches of rain.

There are plenty of things to do in Grand Junction, CO. The city is conveniently located for all kinds of outdoor adventures and recreational activities, with the Colorado River, Colorado National Monument, Grand Mesa National Forest, and more situated right nearby. The downtown area of Grand Junction is a great place for good food, live shows, and inspiring art, while the city is also known as a key location in Colorado Wine Country, with many different wineries to explore and wine tasting tours to enjoy. The city is also home to botanical gardens and museums and offers plenty of reasons for people to get outdoors. Physical activities to enjoy in and around Grand Junction include hiking, cycling, camping, kayaking, and more.

25 Best Things to Do in Canon City, Colorado

25 Best Things to Do in Colorado

16 Best Things to Do in Steamboat Springs, Colorado

25 Best Things to Do in Estes Park, Colorado