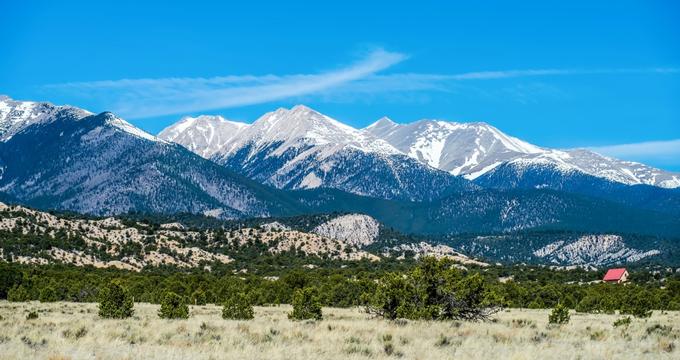 Absolutely teeming with unique locations and exciting activities, Pueblo, CO offers visitors the chance to explore the banks of the Arkansas River and its unique history. While Pueblo is most commonly known for being an old mining town, its reputation is one of excitement and thrill as the city is known to have been home to many cowboys eager to find their fortune during the gold rush. Pueblo has played host to some of the most infamous characters of the Old West, like Buffalo Bill Cody and even Wild Bill Hickock. Today, friendly locals and a unique cuisine make the city a great choice for eager explorers. If you're planning on adding Pueblo to your next road trip, make sure to drop by any of the following places for a great time. 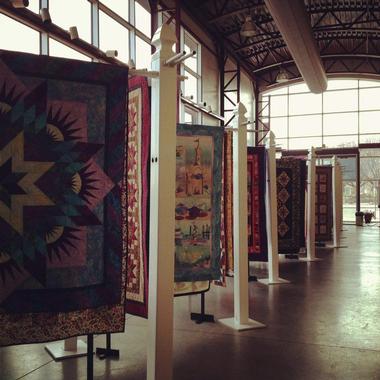 Showcasing the city's history and the region's diverse cultures and ethnicities, the El Pueblo History Museum is a must-see for history buffs and lovers of culture alike. One of the top draws at the museum is a re-created adobe trading post and plaza circa the 1840s, along with the archaeological excavation site of the original 1842 trading post. The museum is also home to traveling exhibits, ensuring that guests can always look forward to something new with every visit. Art enthusiasts will also get the opportunity to feast their eyes on 20th century photographs, objects, and art pieces that represent region's early history and inhabitants. 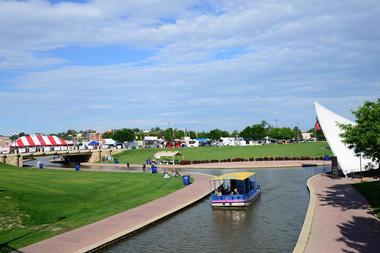 There's no denying that the Riverwalk is one of the most beautiful locations to explore in downtown Pueblo. Visitors can learn about Pueblo's history and the flood of 1921 while cruising down the waterway in one of the Riverwalk's excursion boats. After your boat trip, walk alongside the mile-long channel to take in all the beautiful pocket gardens, art installations, and historical tidbits situated by the Riverwalk. This area is also a great place to just sit back and relax with your family or to go for a quick jog with your beloved pooch. Better yet, drop by during the weekend and enjoy one of their riverside movie screenings or a festival. 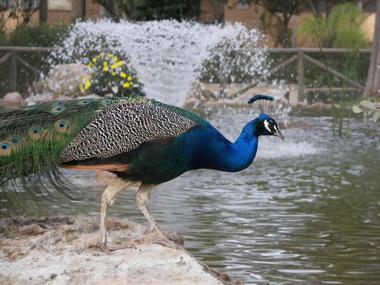 It doesn't matter what time of the year you visit Pueblo Zoo as it's bound to be a leisurely and family-friendly destination in any season. The Pueblo Zoo is home to over 400 animals and 120 species including majestic lions, playful otters, and cute penguins. Apart from visiting the several habitats featured, visitors of all ages are also welcomed to participate in Keeper Talk activities such as the Lion Keeper Talk, the Otter Feeding, the Mystery Keeper Talk and the African Painted Dogs Keeper Talk. The zoo has even partnered with the Buell Children's Museum to make every visit to Pueblo Zoo a more memorable one. Truly, this is a place where people of every age can wander in and enjoy. 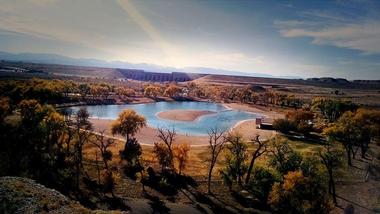 Ready for the ultimate summer getaway? The Lake Pueblo State Park is the ideal location for a summer excursion thanks to its fantastic facilities, gorgeous landscape, and numerous activities. Visitors can go on hikes, participate in their favorite watersports, or even enjoy a bit of archery and touch football. With over 4,600 surface acres of water, Lake Pueblo is famous for fantastic fishing and extreme water sports. Meanwhile, guests who want a quieter trip to the park can indulge in a solo camping trip at one of the diverse campsites or a sail around the lake with the help of the full-service marinas. 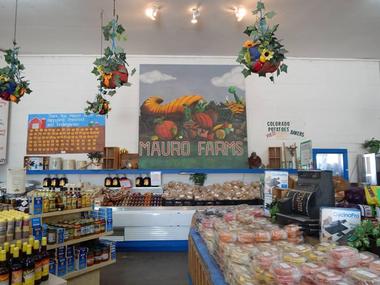 
Although Mauro Farms Bakery was officially opened in 1981, the family-run business has actually been in the baking game since 1963. Now on its 4th generation of bakers and farmers, Mauro Farms Bakery continues with its tradition of providing top quality baked goods and produce to their customers. Some of the popular offerings at Mauro Farms Bakery include their Italian cookies, biscotti, sweet bread, and candies. There's no question, however, that their best seller is their Potica, a thinly rolled gourmet sweet bread with assorted fillings. Don't forget to pick up some of their exquisite coffee beans to pair with your sweet treats. 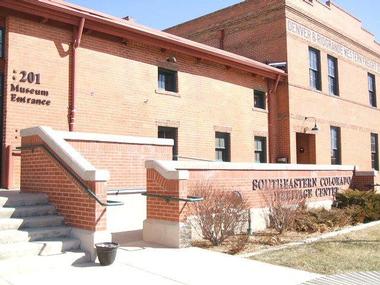 
Seeking to preserve, promote, and interpret the heritage of Southeastern Colorado, the Pueblo Heritage Museum is a grass roots effort home to several exhibits like the Carlisle Collection, the Buddy Johnson Exhibit, and the Kay Key Carriages. Through these exhibits, the museum strives to foster both understanding and appreciation for the diversity of its people and heritage. In addition to perusing the many galleries of the museum, stop by the Edward Broadhead Library on the second floor of the building. This is a historical library that is staffed by volunteers from the Pueblo Historical Society and contains many publications from Pueblo's history. 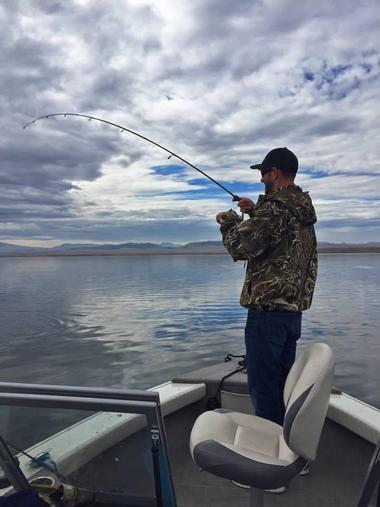 It's no secret that Colorado has some of the most explosive fishing experiences in the country. In fact, Colorado is home to gorgeous fish like walleye, pike, bass, kokanee salmon, and more, which have avid anglers rushing to Lake Pueblo for a chance to snag their greatest catch. Fish Head Outdoors offers beginners and seasoned fishermen alike the chance to go on sports fishing trips in and around the Colorado Lakes to enjoy the adrenaline rush of battling with huge fish on multiple rods at the same time. The best part? Trips are customizable. Pick and choose your adventure out on the open water. Beginners can also learn a thing or two from the expert guides who will accompany you on your fishing expedition. 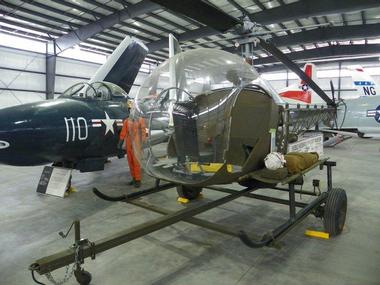 Aviation and military enthusiasts alike will absolutely love a trip to the Weisbrod Aircraft Museum, Pueblo's largest collection of military memorabilia and the International B-24 Memorial Museum. As part of a network of smaller museums, the Weisbrod Aircraft Museum offers several learning opportunities for visitors of all ages. Among their incredible gallery of items are several military aircrafts, airbase support equipment, military vehicles, and historical artifacts. Another interesting gallery in the museum is of a collection of authentic military uniforms, arms and relics from multiple American wars. Be sure to admire the full-scale model and diorama of the airport as depicted during wartime operations as well!

Where can you get away, luxury resorts & family weekend hotels to visit around me: Portland, Martha's Vineyard, Miami, WA, MN , From D.C., Destin, MA, AK 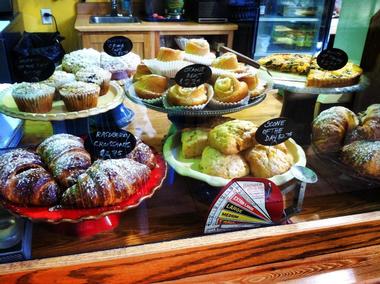 Hopscotch Bakery is, hands down, the best place to buy baked goods in the area for over a hundred miles. It's so good that even publications like the Colorado Springs Independent will echo the statement and concur wholeheartedly. Owned and operated by pastry chef Mary Oreskovich, Hopscotch Bakery features hand-crafted food and exceptional takes on all-time favorites. Some of the bakery's best sellers include the vanilla bean cheesecakes, the raspberry croissants and the white chocolate-lavender scones. Of course, each treat is made fresh in-house from scratch in a cozy, laughter-filled kitchen. The Hopscotch Bakery also offers great sandwiches and other delights for those looking for a savory treat.

What to do near my location downtown at night in winter, summer, romantic getaways, wedding venues, parks near me: Brooklyn, MS, MO, MT, PA, RI, SC, Day Trips from Dallas 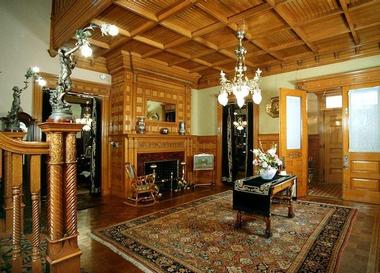 Come explore the awe-inspiring grandeur of a bygone era at the Rosemount Museum. The Rosemount Museum, a 37-room mansion, was built in 1893 and served as the home of the John A. and Margaret Thatcher family for 75 years. Today, the house offers a glimpse into the opulence and luxury of the past as the mansion has stayed, for the most part, the same through the years. Visitors can admire the home's original furnishings, accessories and decorative paintings as well as the custom paneling, wall, and window treatments from when the mansion was completed in the late 1890s. Explore every room in the opulent mansion and see for yourself why the Rosemount Museum is referred to as Colorado's crown jewel. 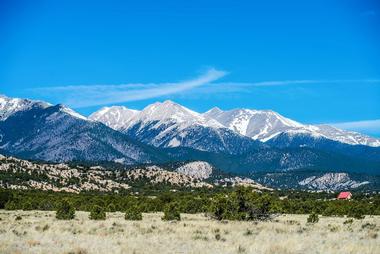 Get your camping gear together and grab a hiking buddy because the great outdoors is waiting at the San Isabel National Forest. Whether you want to pitch a tent or drive a recreational vehicle to San Isabel, there are camp sites ready to accommodate you and your party. You're also welcomed to pick from a few locations in the surrounding area, including the Pike, the Comanche National Grasslands, and the Cimarron. For fans of the outdoors who don't have access to a recreational vehicle and don't necessarily want to pitch a tent, you can also rent one of the beautifully simple historic cabins in the area.

It only takes one visit to appreciate just how special and one-of-a-kind the Sangre de Cristo Arts and Conference Center is. A multi-disciplinary center for the arts that opened in 1972, Sangre de Cristo is educational, inspirational, and inclusive all at the same time. Its popularity and brilliance is clear as the center continues to expand its borders not just in physical space but also in its activities and offerings. Some of the things to see at the center include the 7,500-square foot Buell Children's Museum, the Jackson Sculpture Garden, a 500-seat theater, studios and classrooms as well as a gift shop. The three-building complex offers visitors a unique experience of Southern Colorado's arts and is definitely a must-see when in Pueblo. 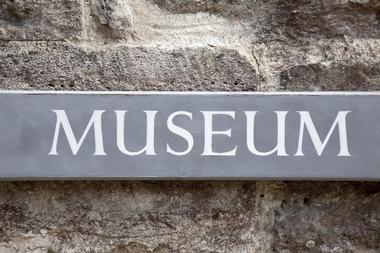 Situated in the heart of the historic Bessemer Neighborhood and housed in the historic Colorado Fuel and Iron Company administrative building, the Steelworks Museum is dedicated to preserving the history of Pueblo's industrial past. A trip to this museum features exhibits of the coal mining history of Pueblo as well as the history of steel production, railroads, labor, and more. One of the stand-out portions of the museum is how it showcases the impact of the Colorado Fuel and Iron Company on the entire region. While you soak up the history and information, take some time to appreciate the museum building as well, as it is historic in its own right.

Things to Do in Denver, CO: Bamboo Sushi