8 Best Things to Do in La Junta, Colorado 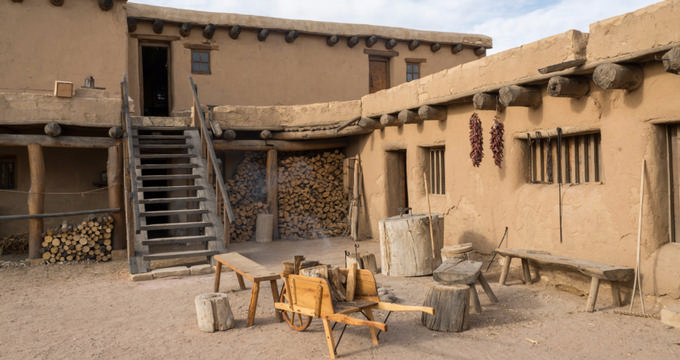 La Junta rests on the plains of Colorado, in the south east, and can see the mountains in the horizon on a clear day. The spirit of La Junta has remained much the same as it was during pioneer days, and many of the local attractions are based on the history surrounding one of the nation’s first great trade routes, the Santa Fe Trail. 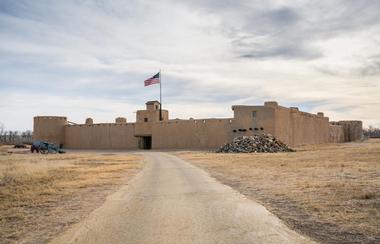 For history buffs, Bent’s Old Fort National Historic Site is the perfect visit filled with accurately recreated sights, sounds, and smells from the past. The adobe site is a reconstruction of a fur trading post from the mid 19th century, part of the Santa Fe Trail, and is staffed by historians who work hard to spread their knowledge of the location and time period to visitors. What was once a small trading post on the Mountain Branch, a location where trappers would bring furs, traders would peruse goods, and travelers would rest, is now a tourist destination filled with learning opportunities for the whole family. 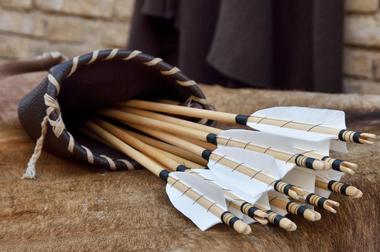 The Koshare Indian Museum tells the story of Native American tribes in the area through both exhibits as well as dance performances. This museum has a unique history in that it wasn’t founded by historians, but rather by a local Boy Scout troop during the beginning of the Great Depression. Over the course of fifty-four years this Boy Scout worked hard under the knowledgeable guidance of their Scoutmaster to collect and preserve Native American and Western arts, as well as regional artifacts that held historical significance. The museum is open for tours with varying hours, and performance schedules are best acquired by contacting the museum directly. 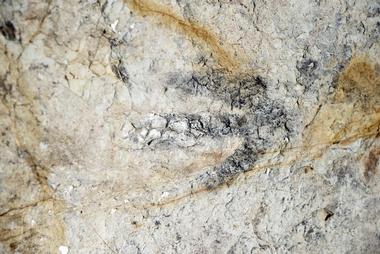 Visitors to La Junta who are looking for an outdoor adventure filled with exercise, history, and beautiful vistas will want to spend time in the Comanche National Grasslands just south of La Junta. Within these grasslands are the Picketwire Canyonlands, which are home to one of the largest known and recorded set of prehistoric dinosaur tracks in all of North America. In addition to this the area is packed full of Native American rock art, settlements from early Hispanic travelers, and even a historic ranch for guests to explore. Biking, hiking, horseback riding, and general sightseeing are all recommended in the Picketwire Canyonlands. 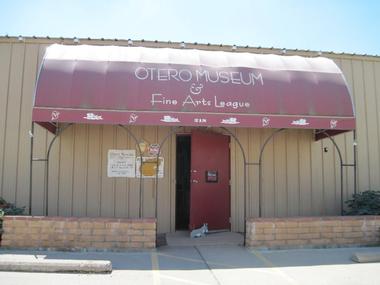 Originally incorporated in 1984, the Otero Museum was established to document and illustrate the rich and diverse history of Otero County, in southeastern Colorado, a region of the United States once known as part of the “wild west.” The Otero Museum covers a wide range of exhibits and history, including transportation, military uniforms and tactics, postal offices and practices, agricultural tools and displays, various local businesses, schools and their curriculum, and many other aspects of pioneering life. Anyone interested in this time period will find items and history of great interest in the Otero Museum.

-- You are reading "8 Best Things to Do in La Junta, Colorado this Weekend with Friends" Back to Top 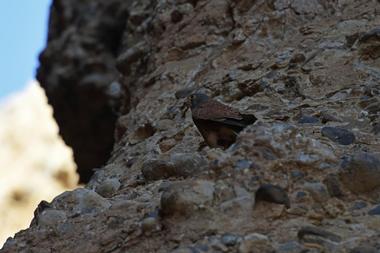 
Originally carved out of the land by a tributary of the Purgatoire River, the Vogel Canyon now has three permanent fresh springs within its boundaries, at the bottom of the canyon. This canyon came into focus when it was included in part of the 1870s Santa Fe Trail, and was developed by the Barlow and Sanderson Mail and Stage Line as the quickest way to and from La Junta. The canyon is filled with plenty of flora and fauna for guests to view, and holds some of the locally rated best hiking in La Junta. Guests can walk the old stagecoach path while also seeing Native American rock art, wildlife, and more.

-- You are reading "8 Best Things to Do in La Junta, Colorado this Weekend" Back to Top 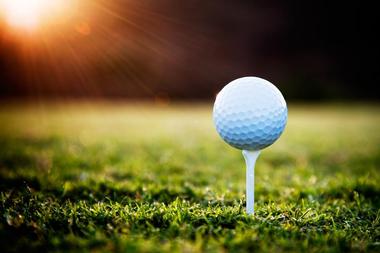 
For a relaxing morning or afternoon, playing the course at the La Junta Municipal Golf Course not only offers a fun round of golf, but also a chance to see the landscape and appreciate the climate. The course only covers 9 holes, but there is a practice chipping and driving area, a pro shop on site, and no need to sign up for tee-times anytime of the year. The La Junta Municipal Golf Course is loved by locals looking to relax and practice their swing, and visitors to the town will enjoy relatively low tee fees.

7.Things to Do in La Junta, Colorado: CrossRoads MarketPlace 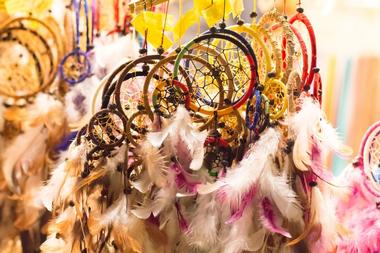 8.Things to Do in La Junta, Colorado: Jodi’s Grill

Jodi Hughes, the founder of Jodi’s Grill, is a local celebrity who had worked at two different local restaurants for a total of twenty-four years. Everyone knows Jodi, so when she decided to open her own restaurant it was met with great enthusiasm and success. In 2010 Jodi’s Grill officially opened in a 3,500 square foot building, capable of seating 100 people at once, and immediately drew in crowds to eat Jodi’s famous pepper steak and homemade blue cheese salad dressing. Jodi’s Grill is a local favorite, and anyone passing through this historic town will definitely want to stop and try Jodi’s cooking.

8 Best Things to Do in La Junta, Colorado

The Bent's Old Fort National Historic Site includes a reconstructed adobe fur trading post from the 1840's on the Santa Fe Trail's mountain branch where Arapaho and Cheyenne tribes, travelers, trappers, and traders peacefully came together to trade. The site today features living historians that work to recreate the smells, sounds, and sights of days from the past through demonstrations, special events, and guided tours.

Charles and William Bent, as well as Ceran St. Vrain, constructed the site's original adobe fort in 1833 in order to trade with both trappers and plains Indians. The fort quickly transformed into the center of the growing trade empire of the Bent, St. Vrain Company. This empire stretched from Fort St. Vrain in the north to Fort Adobe in the south, and included stores in Santa Fe and Taos in Mexico. Trading was primarily for buffalo robes with Arapaho and Cheyenne Indians.

For a large amount of the fort's 16-year history, it was the only sizable permanent white settlement between the Mexican settlements and Missouri along the Santa Fe Trail. Bent's Old Fort provided the U.S. Army, adventurers, and explorers with a place for protection and rest, water, good food, livestock, wagon repairs, and needed supplies. The fort acted as a staging area during the 1846 war with Mexico for the "Army of the West" led by Colonel Stephen Watts Kearny. In 1849, disease and disasters caused the fort to be abandoned. Original diaries, paintings, and sketches, as well as archeological excavations were used in 1976 to reconstruct the fort.

The Bent's Old Fort Hiking Trail is a 1.5-mile trail that takes visitors on a journey along the Arkansas River through cottonwood trees. Many species of birds call the marsh home. Along the trail are interpretive exhibit signs that explain the story of Bent's Fort, the Santa Fe Trail, and the river ecosystem. A quarter mile down the trail will bring guests to the fort's gate.

Inside the fort, visitors can watch a twenty-minute film called "Traders, Tribes and Travelers." The film, as well as self-guided tours, are available at Bent's Old Fort National Historic Site year-round. From June to August, living history interpreters offer demonstrations and guided tours. Guided tours are provided four times a day during the summer, and twice a day from September to May. These tours aren't available, however, during special events. Group tours can be organized by calling the fort.

The Bent's Old Fort National Historic Site is dedicated to preserving the resources related to the Bent-St. Vrain Trading empire, which radiated out from the fort into present-day Texas, Arizona, New Mexico, Utah, Missouri, Nebraska, Kansas, and Wyoming. It solidified the last established and one of the most important trading cartels in the west. Situated on the western edge of the Great Plains, the site contains the historic scene, reconstructed fort, and archeological remains as its primary resources. These historical resources provide visitors with an opportunity to learn more about the country's westward expansion.

More Things to Do in Colorado

You are reading "8 Best Things to Do in La Junta, Colorado " Back to Top

21 Best Things to Do in Telluride, Colorado

11 Best Things to Do in Georgetown, Colorado