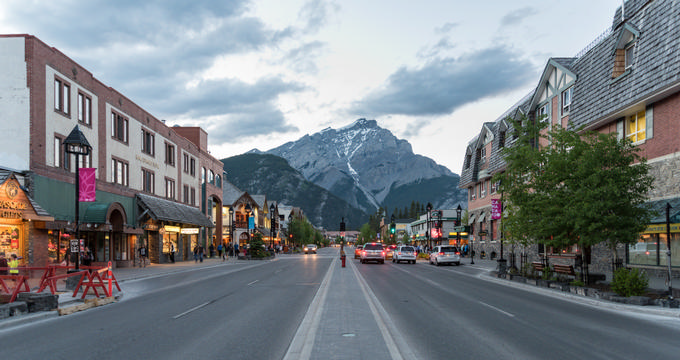 Situated in Alberta's Rockies on the Trans-Canada Highway, Banff is a little town in Alberta, Canada and part of Banff National Park, the oldest national park in the entire country. Banff was actually the first municipality to become an incorporated town or city within a national park in Canada. It covers an area of 7.5 square miles and has a relatively low population of less than 8,000 people, but attracts huge numbers of visitors each and every year. Banff is a very popular resort town and got its start back in the late 19th century. 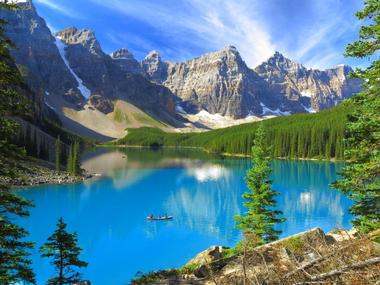 The presence of the transcontinental railway in the area led to the founding of the town, which has in close proximity to forests, mountains, and hot springs and was seen as a prime recreation and tourist spot. The town was developed around a railway station and named in 1884 after a town in Scotland which is also called Banff. It didn't take long for Banff to get a strong reputation as a beautiful vacation spot, with various hotels and resorts springing up in the area.

In 1985, Banff National Park earned World Heritage Site status and the area is a hugely popular spot for tourism in Canada, offering many activities like skiing, mountain biking, hiking, camping, and more. Three different ski resorts are located right in Banff National Park, just short trips away from the town of Banff, and the beautiful Bow River is one of the most popular recreation areas in the town itself. The national park features a wide variety of landscapes, covering an area of 2,564 square miles and including mountains, coniferous forests, and alpine areas. 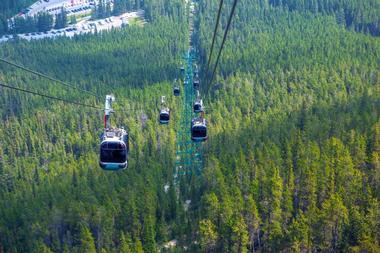 Elevation is a key geographical statistic that denotes the height of a location in relation to the mean sea level of Earth. It is most commonly measured in feet or meters and has various practical uses. The elevation of an area has a strong influence on its climate, with high elevation areas often having colder average temperatures than low-lying locations. The elevation of the town of Banff ranges from as low as 4,600 feet (1,400 m) up to a high point of 5,350 feet (1,630 m).

3.Climate and Things to Do in Banff 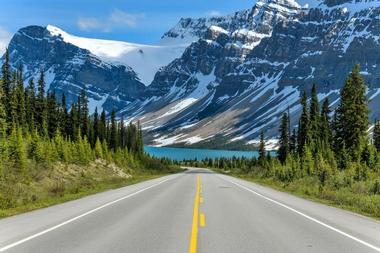 The high elevation of Banff has an effect on its weather conditions, leading to quite low temperatures throughout the year. The town has a subarctic climate with average lows of 8°F (-13°C) and highs of 31°F (0°C), while summers can have average daily highs of 71°F (22°C) and lows of 45°F (7°C). Snow can fall at any time of year in Banff, with the heaviest snowfall occurring from November through to January. The town receives around 191 inches of snowfall per year and major rainfall from May through to August, with over 322 inches of rain annually.

There are plenty of activities to enjoy in and around Banff, with the town holding a lot of appeal to outdoor and nature enthusiasts. Skiing can be enjoyed at any of the three nearby ski resorts of Sunshine Village, Ski Norquay, and Lake Louise Mountain Resort. Many different hiking and biking trails can also be enjoyed in the Banff National Park, with several mountains to climb as well. Nearby bodies of water like Bow River and Lake Minnewanka are also popular for activities like fishing and hiking. The city also holds annual TV and film festivals.

25 Best Things to Do in Montreal, Canada

25 Best Things to Do in Vancouver, British Columbia