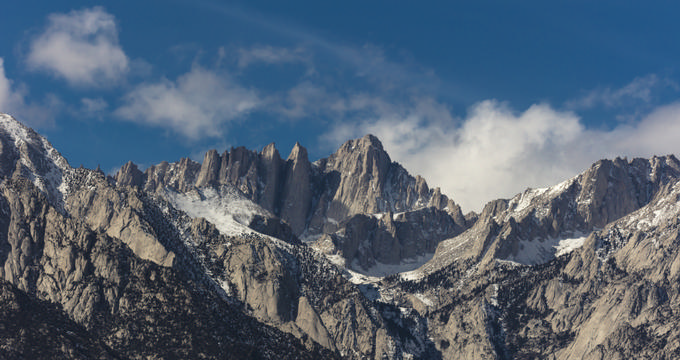 The tallest mountain in California, Mt Whitney is also the highest peak in the contiguous United States and the entire Sierra Nevada mountain range. Mount Whitney is located on the border between the California counties of Inyo and Tulare and is found in the center of the state. 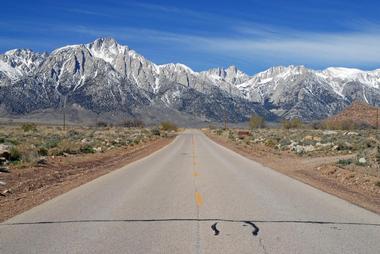 Due to its status as the highest elevation point in California and one of the highest elevations in all of North America, Mt Whitney is a popular spot for climbers, explorers, and mountaineers. The very first successful ascent occurred on August 18 of 1873. Various previous attempts had failed to make it to the top, but a team of Charles Begole, John Lucas, and A.H. Johnson, who all lived locally to Mt Whitney, successfully arrived at the summit.

In the years that followed, many other successful expeditions were held and reached the top of Mt Whitney, and in the modern era, with advanced climbing techniques, equipment, and guides, climbing Mt Whitney is easier than ever before. The ascent can be completed in two days but is still a challenge that can take its toll on many people and shouldn’t be attempted without planning and preparation. 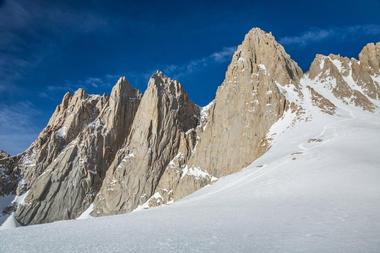 The elevation of Mt Whitney tells us how high it is above sea level and is a key geographical statistic used when referring to mountains, hills, towns, cities, and other locations around the world. It's important to note that elevation is different from prominence, with the latter simply measuring how high the mountain rises in relation to its base. Mt Whitney's official elevation is 14,505 feet (4,421 m).

The elevation of Mt Whitney has been the subject of debate over the years as techniques to measure elevation gradually improved. Initially, Mt Whitney's elevation was classed as 14,494 feet (4,418 m), which is actually written on a plaque at the summit. However, as techniques have become more accurate, the official elevation for Mt Whitney was adjusted to 14,505 feet (4,421 m). 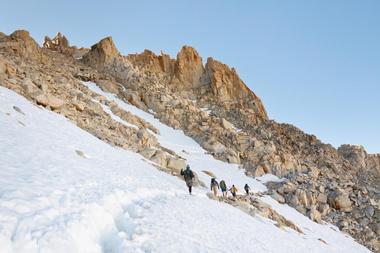 Various routes run to the summit, but the easiest and most popular option is the Mount Whitney Trail, which begins at Whitney Portal. This area has an elevation of 8,360 feet (2,550 m) and is found a short drive away from the nearby town of Lone Pine. The trail runs for 22 miles (35 km) and includes an elevation gain of around 6,100 feet (1,900 m) in total. 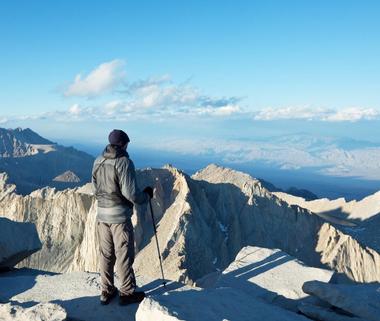 Altitude sickness is a common problem for climbers and mountaineers, especially those who are inexperienced and haven’t spent much time at high elevations. The effects of altitude sickness can start to set in once you reach a minimum elevation of 8,000 (2,438 m) and include nausea, vomiting, head pains, and shortness of breath due to the low amount of oxygen and thin air at this altitude. Anyone planning a trip to Mt Whitney should therefore be prepared for the effects of its elevation, as well as being sure to wear several layers of warm clothing due to the freezing temperatures on the mountain.

24 Best Things to Do in Carlsbad, CA