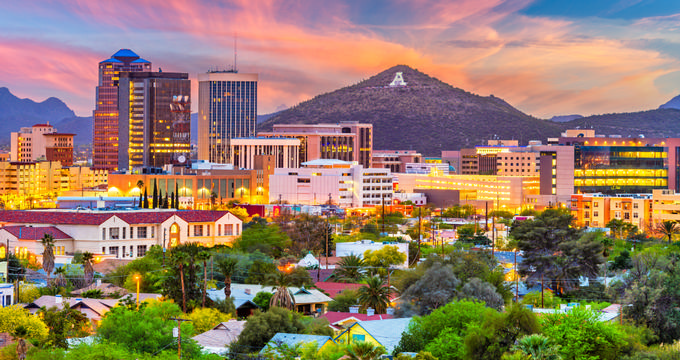 The county seat of Pima County, Arizona, Tucson is one of the largest and most populous cities in the entire state, second only to the capital, Phoenix. Over half a million people call Tucson home, with another half a million living in the surrounding metropolitan area. The city, known commonly as Optics Valley and The Old Pueblo, has a rich history and is located just 60 miles away from the US-Mexico border. 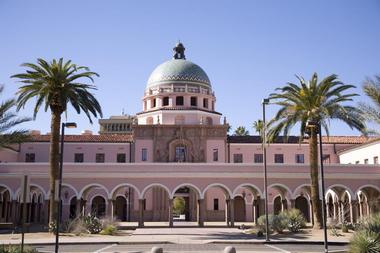 The name of Tucson comes from an old Aztec phrase meaning "at the bottom of the black hill", which refers to Sentinel Peak, a 2,897 foot (884 m) mountain best known for the large 'A' that was constructed out of basalt on the side of Sentinel Peak by students from the University of Arizona, which is also located in Tucson. The city is surrounded by the typical desert landscapes and mountains that make up the majority of the state of Arizona. The area has a fascinating history, with traces of life and habitation going back thousands of years.

The city itself was founded in the 18th century and was a key location in various battles and conflicts over the years. The University of Arizona began construction in Tucson in 1885 and grew into one of the largest educational institutions in the region. It’s a big part of the city, which also draws in many tourists due to its beautiful surrounding scenery and numerous activities. 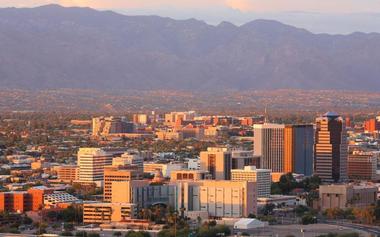 As well as the population and surface area, one of the key pieces of information for any town or city is its elevation. This statistic tells us how high a city is above sea level. Tucson, Arizona, has an elevation of 2388 feet (728 m). The city itself is situated on a plane, but is surrounded by several mountain ranges including the Tucson Mountains, the Santa Catalina Mountains, and the Santa Rita Mountains, so there are many highly elevated areas all around Tucson. Mount Wrightson in the Santa Rita Mountains is the highest point in the Tucson area, with an elevation of 9,453 feet (2,881 m).

3.Climate and Things to Do in Tucson 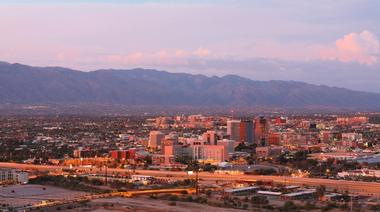 According to traditional standards, the city of Tucson has a desert climate, which isn't surprising due to its desert location and surrounding arid landscapes. Unlike other locations that have four distinct seasons, Tucson has two major seasons and three minor ones, including a monsoon season that lasts through July and August. The area has a lot of sunlight and temperatures can start to approach 100°F (38°C) through a large part of the year starting in May and ending at the end of September.

Due to its location and surrounding scenery, Tucson is a great destination for people who want to spend time outdoors. There are many indoor attractions to be found in the city, including museums and galleries, along with a great range of restaurants and bars too, but the real heart of Tucson is found outdoors. Nearby mountains and the Saguaro National Park offer a lot of hiking, climbing, cycling, and camping possibilities, perfect for people of all ages. The presence of the University of Arizona also ensures that the city has a thriving nightlife scene to support the large student population.

22 Best Things to Do in Glendale, Arizona