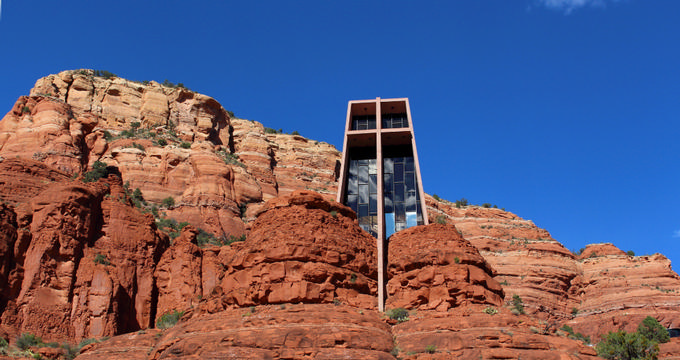 Sitting right on the county line between Coconino and Yavapai counties, the city of Sedona is one of Arizona's little treasures. Known for its beautiful red sandstone formations and surrounding the scenery, the town is located right in the middle of the state and covers an area of just over 19 square miles. It has an estimated population of just over 10,000 people, and attracts a good number of visitors each year due to its stunning scenery and unique attractions. CDC information for travelers. Hours/availability may have changed. 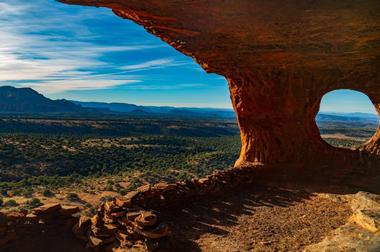 Traces of human presence in the area around Sedona can be seen as far back as 10,000 BC. In the late 19th century, an Anglo settler named John J. Thompson moved to Oak Creek Canyon, not far from the site that would soon become Sedona. The town was founded in 1902, with many farmers settling in the area. It was named after Sedona Schnebly, the wife of the city's first ever postmaster. Initially, the town was very small and had just a few dozen residents, but grew and grew as time passed by.

In the modern day, Sedona is seen as a must-visit tourist town in Arizona for its stunning red rocks and recreational potential. It has even featured in dozens of different Hollywood movies over the years. Activities like hiking and mountain biking can be enjoyed in the area, and the Chapel of the Holy Cross, constructed in 1956, is officially regarded as one of the seven man-made wonders of the state of Arizona. 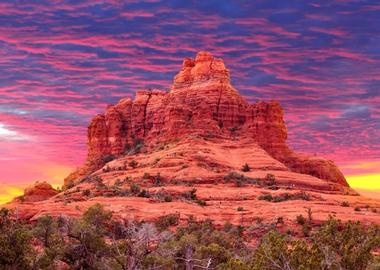 Whenever we talk about a town, city, mountain, or other major geographical location, one of the key statistics that always gets mentioned is elevation. Elevation is the word used to denote how high an area is in relation to sea level. The elevation of Sedona is 4,350 feet (1,330 m), which is relatively high when compared to many other locations around the United States. The majority of large American cities and towns are located near the coasts and tend to have elevations of 500 feet (152 m) or less, but Sedona is quite far inland and located in a rocky, mountainous state, hence its high elevation.

3.Climate and Things to Do in Sedona 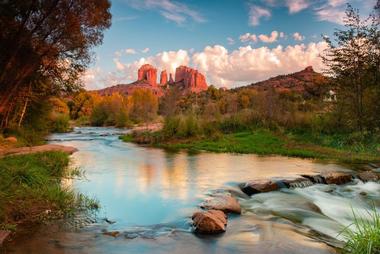 The city of Sedona has a temperate semi-arid climate, meaning that conditions are generally very dry, but that temperatures can change quite a lot when comparing the hottest and coldest months. For instance the hottest month of the year in Sedona tends to be July, which has average highs of 97°F (36°C) and lows of 64°F (18°C), but the coldest month of the year is January which has average highs of just 57°F (14°C) and lows of 31°F (-1°C). Sedona gets less than 20 inches of rain per year, with most if it falling in spring and fall.

The key reason to visit Sedona is to see the beautiful surroundings. The red rock formations in this city are very famous and have been captured in film in various big-budget Hollywood productions over the years. The landscapes of Arizona are known for being some of the most unique and visually impressive in the world, and Sedona has some of the best views in the entire state. Visiting the Chapel of the Holy Cross is another unique activity to enjoy in Sedona, and the town is a good base point for all sorts of additional activities like hiking, mountain biking, and exploration. In short, it’s a must-visit city for anyone looking for an authentic Arizona experience.

11 Best Things to Do in Hereford, Arizona

7 Best Things to Do in Elgin, Arizona