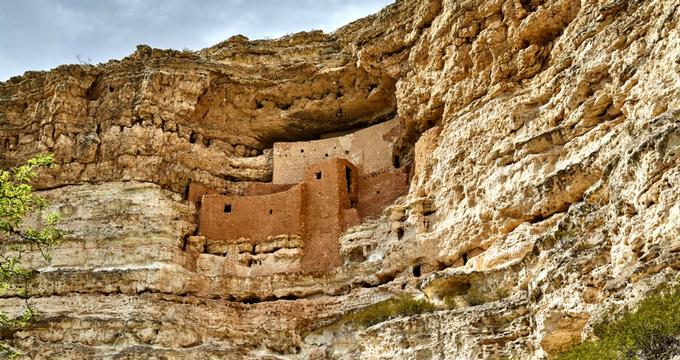 Found amidst the arid Arizona dessert in Camp Verde, the Montezuma Castle Monument provides an inside look at the history of the land as well as the culture of its oldest Native American inhabitants. This popular tourist attraction, which draws 350,000 visitors a year, contains two main sites: The Montezuma Castle and a Well. Located 11 miles apart, these sites exhibit the unparalleled beauty of Arizona’s vibrant roots. Complete with archeological trails, breathtaking views, and potential wildlife sightings, this attraction offers something for visitors of all ages. 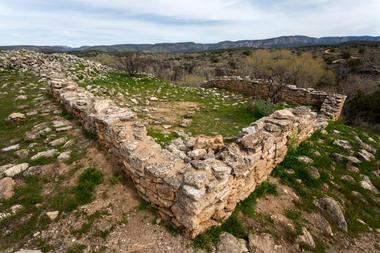 The original inhabitants of Arizona, the Sinagua people, first built the structures now seen in the Montezuma Castle Monument more than 900 years ago. When the first European settlers came to the area, they wrongly named the structures after Montezuma, a 15th-century Aztec emperor.

The Montezuma Castle Monument was widely looted and many of the artifacts that were contained therein were lost forever. In 1906, Theodore Roosevelt named the castle and well as one of four designated National Monuments due to their significant cultural and ethnographic importance. In passing the Antiquities Act, Roosevelt ensured that this monument would become one of the most pristine examples of prehistoric cave dwellings in North America.

In 1933, excavations revealed a previously untouched structure called “Castle A,” which contained a large number of ancient artifacts within its 45-50 rooms. This gave archeologists new insights into the everyday lives of the Sinagua people. As news of this discovery spread, the monument began to attract America’s first car-bound tourists. Up until 1951, visitors were able to access the inside of the castle using a series of ladders. However, this was thereafter discontinued due to extensive damage to the site.


Fun day trip ideas: South Carolina, Oregon, Texas -- You are reading "Things to Do in Arizona: Montezuma Castle, Camp Verde" Back to Top 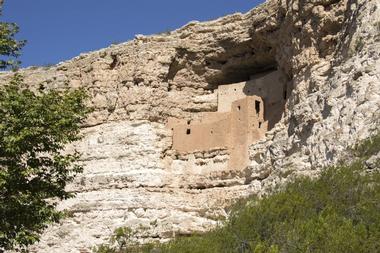 The Montezuma Castle is a five-story, stone structure situated 50 feet above the valley of the river Verde. The structure makes use of available materials such as limestone blocks, mud plaster, and soil mortar. The architectural features of the castle showcase both regular rectangular doorways as well as more stylistic T-shaped doorways, which are reflective of the dominant style during the era in which it was built. It also features windows, vents near the floor, and ceiling hatchways. The ornamental details discovered in the structure include viga and latlilla ceilings as well as numerous fireplaces.

In addition to the Montezuma Castle, visitors can view the structure referred to as Castle A, a large limestone cliff dwelling used by the Sinagua people. This site was originally excavated by Earl Jackson in 1933. The excavation and subsequent testing revealed that in its heyday, Castle A was much bigger than the Montezuma Castle, containing at least five floors and 45 rooms. Of these, only 26 remain due to the fact that much of the front section of the 5th, 4th, and 3rd floors had fallen off. Many of the same design features noted in the Montezuma Castle are replicated in Castle A, including the use of vigas and latillas, limestone blocks, and mud mortar. The hearths and the storage spaces carved into the cave walls humanize the structure, providing an inside look into the ways in which the Sinagua were able to survive and even thrive in the harsh desert climate.

-- You are reading "Things to Do in Arizona: Montezuma Castle, Camp Verde" Back to Top 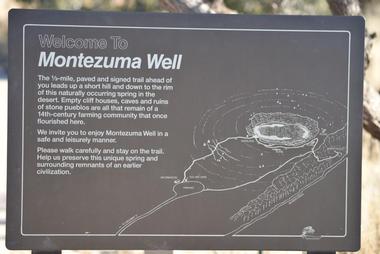 Visitors seeking shelter from the unrelenting desert sun can find it among the shaded forest located on the outer rim of Montezuma Castle Well. Here sycamore trees, desert flowers, birds, and many species of mammals form a unique ecosystem, which visitors can experience first-hand. Budding botanists will be interested to know that sycamore trees, aside from providing natural shade groves, were utilized by the Sinagua for their medicinal benefits.

For the Sinagua people of antiquity, the well was a life-giving resource at the center of community life. Even today, over 1.5 million gallons of water finds its way into the well from the Verde River. The water enters the well through a swallet and exits through an irrigation ditch built over 1,000 years ago. To this day, many residents of Rimrock, Arizona, utilize these irrigation ditches to provide water for their livestock and gardens.

-- You are reading "Things to Do in Arizona: Montezuma Castle, Camp Verde" Back to Top

You are reading "Things to Do in Arizona: Montezuma Castle, Camp Verde " Back to Top

20 Best Things to Do in Kingman, Arizona

25 Best Things to Do in Fountain Hills, Arizona

16 Best Things to Do in Payson, Arizona

14 Best Things to Do in Tusayan, Arizona

12 Best Things to Do in Casa Grande, Arizona