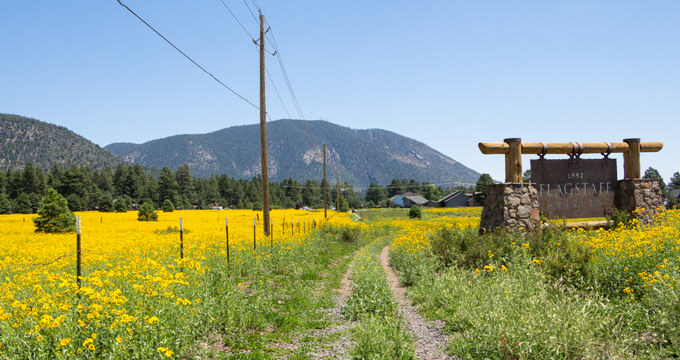 A highly popular touristic city, Flagstaff sits in northern Arizona and is the county seat of Coconino County. It has a population of around 72,000 people, but almost twice that amount live in its combined metropolitan area. The city has a fascinating history, being founded back in 1876 in a very original way. 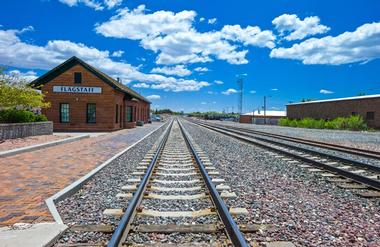 The story goes that a scouting party from Boston had come upon the area and had decided to strip a ponderosa pine tree and turn it into a flagpole to fly the American flag. Hence, the city was named after this flagpole, quickly becoming known as Flagstaff. The town grew quickly through the late 19th century, enjoying a profitable economy due to cattle, sheep, and lumber, as well as being one of the biggest cities along the local railroad line.

Over the years, Flagstaff continued to grow and was repeatedly recognized as a key location in Arizona. Route 66 was constructed in 1926 and Flagstaff was chosen as one of the locations on its route. In addition, due to the city's proximity to the Grand Canyon and other areas of natural beauty, it was seen as a great tourist spot, especially for outdoor enthusiasts. In the modern era, Flagstaff has continued to grow and is a key distribution location for major national companies.

One of the key statistics about any city is its elevation, with this piece of information showing us how high the city is above sea level. Flagstaff has an elevation of 6,910 feet (2,106 m), which actually makes it the highest city in the entire state of Arizona. The unincorporated community of Greer in Apache County is higher, with an elevation of 8356 feet (2547 m), but it's not technically a city. The elevation of Flagstaff is very high compared to many other cities, both in Arizona and elsewhere around the United States. The high altitude in this location means that some people, especially those visiting from towns with low elevations, may need some time to adjust to the different conditions.

3.Climate and Things to Do in Flagstaff The Arizona city of Flagstaff has a dry semi-continental climate and actually has five seasons, as opposed to the traditional number of four. As with other cities around Arizona, Flagstaff has a cold and snowy winter, a relatively dry and mild spring, a warm and dry summer, and a dry fall, but it also has a very wet monsoon season running from July through to the start of September. The highest temperatures occur in July, and the lowest come in January and December, with a lot of snowfall occurring in the latter months.

Flagstaff has always been a popular tourist destination and there are a lot of things to do in and around the city. The famous Route 66 runs through Flagstaff, so it's a popular stop-off for many tourists driving along this historic highway. The Grand Canyon, one of the most visited natural wonders of the world, is not far away from Flagstaff, and various mountains and forests can also be explored in the nearby area, along with the unique lava tubes of Flagstaff too. Skiing and other snow-based activities can also be enjoyed at nearby resorts, with various canyons, cliffs, and unique red rock formations also located in the surrounding area.

24 Best Things to Do in Scottsdale (Arizona)