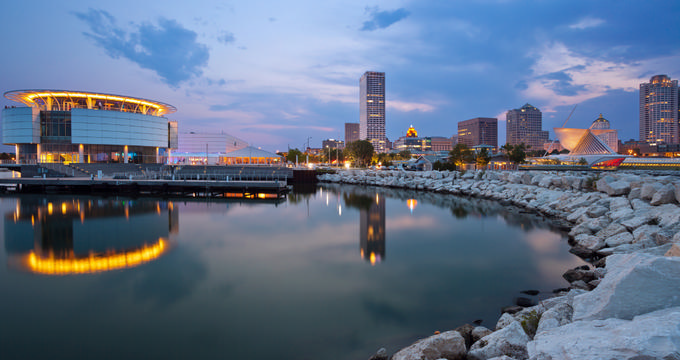 Wisconsin is the 23rd largest state in terms of its physical size and has the 20th highest state population. Nicknamed the 'Badger State', Wisconsin is located in Midwest region of America around the Great Lakes. It has borders with Minnesota, Michigan, Illinois, and Iowa. Some parts of Wisconsin are located on two of the five Great Lakes: Lake Michigan and Lake Superior. Wisconsin covers an area of 65,498.37 square miles and has an estimated total population of 5.79 million people.

The state is also known under the nickname 'America's Dairyland' as it supplies a huge percentage of the nation's dairy products and is well-known for its cheese. The capital city of Wisconsin is Madison, but the biggest city in the state is Milwaukee. The Milwaukee metro area is the largest of its kind in the state. Here are some additional details and overviews on the largest cities of Wisconsin. 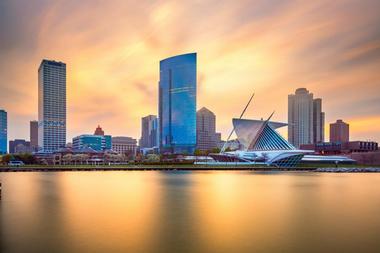 Spread out across Milwaukee County, Washington County, and Waukesha County, the city of Milwaukee is the largest in the state of Wisconsin. It covers an area of 96.84 square miles and has an estimated population of 595,000 people, with over 1.5 million in the surrounding metropolitan area. The name of the city is derived from an Algonquian word which means 'beautiful land'.

Milwaukee is the 31st biggest city in the United States and has the second most populated metro area in the Midwest region, second only to Chicagoland. The city of Milwaukee is located on the shores of Lake Michigan and has undergone major expansion and development in recent years, with the addition of key new attractions and landmarks like the Milwaukee Riverwalk and Pier Wisconsin. 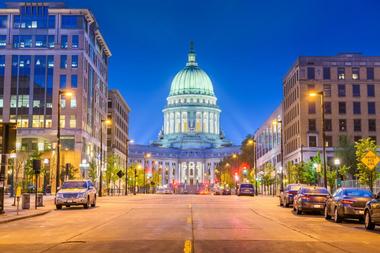 Situated in Dane County in the south-central part of the state, Madison is the state capital of Wisconsin and the state's second biggest city. It covers an area of 94.03 square miles and has an estimated population of 255,000 people, with over 600,000 in the metropolitan area. Madison was founded in the early 19th century and named after James Madison, one of the Founding Fathers.

Madison is known as the 'City of Four Lakes' due to the presence of several lakes within its city limits, including Lake Monona and Lake Mendota. It became the capital of Wisconsin Territory in the 1830s and was named capital of the state in 1848. The city is home to the University of Wisconsin. 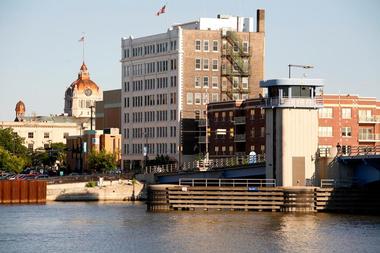 Located in Brown County in the eastern part of the state, Green Bay is the third largest city in the state of Wisconsin. It covers an area of 55.96 square miles and has an estimated population of 105,000 people, with over 320,000 living in the metropolitan area. The city is named after Green Bay, a sub-basin of Lake Michigan.

Green Bay is the third biggest city located on the western shore of Lake Michigan, with the other two being Chicago and Milwaukee. This city is most famous for being the home of the successful NFL team, the Green Bay Packers. Green Bay is also a strong industrial location that contributes a lot to the economy of Wisconsin. 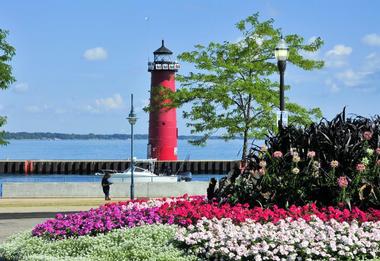 Situated in Kenosha County on the southwestern shore of Lake Michigan, Kenosha is the fourth largest city in Wisconsin. The city of Kenosha covers an area of 27.03 square miles and has an estimated population of 99,000. The name of the city comes from a Native American word 'Kenozia' meaning 'Place of the pike', in relation to the fish that can be found spawning in the waters nearby.

As well as being Wisconsin's fourth largest city, Kenosha is also the fourth biggest city on the shores of Lake Michigan. Due to its location in the southeastern corner of the state, in close proximity to Chicago, Kenosha is actually counted as part of the Chicago Combined Statistical Area. 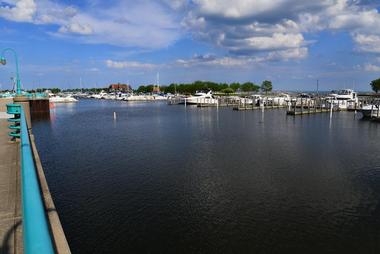 
Located in Racine County in the southeastern part of the state, Racine is the fifth biggest city in Wisconsin. It is situated on the shores of Lake Michigan on the banks of the Root River. The city gets its name from the nearby river, with 'Racine' being the French word for 'Root'.

The city of Racine covers an area of 18.68 square miles and has an estimated population of 77,000, with over 195,000 people living in the surrounding metropolitan area. A major industrial city, Racine is home to many big companies and is classed as one of the cheapest places to live in all of Wisconsin.