7 Best Things to Do in Two Rivers, WI 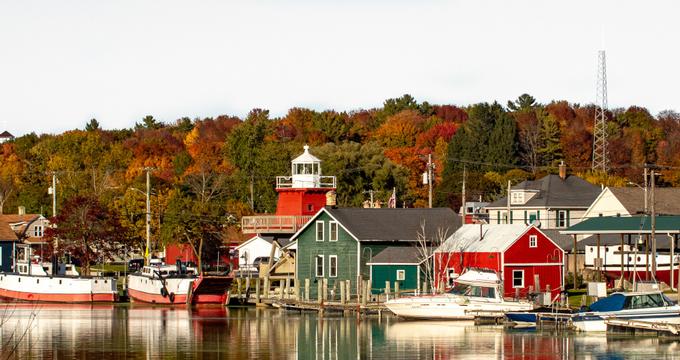 Two Rivers is a city in Manitowoc County, Wisconsin, on the shores of the Lake Michigan. The city’s claim to fame is as a "birthplace of the ice cream sundae." The Bernard Schwartz House was designed by Frank Lloyd Wright and is open to visitors through occasional public tours. It is the only Wright’s house where guests can stay overnight. The Historic Washington House is free and open to the public. It is now an ice cream parlor and museum. The Hamilton Wood Type and Printing Museum is the only museum dedicated to the preservation, study, production and printing of wood type. Point Beach State Forest and Park is a popular destination for hiking, biking, skiing, and swimming in Lake Michigan in the summer. The Rogers Street Fishing Village is a maritime museum. Woodland Dunes Nature Center is a 1,500-acre area of hardwood and conifer forests, wetlands, and prairies and bird-watchers paradise. 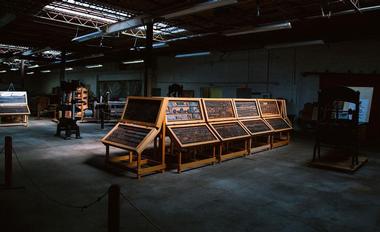 Located in Two Rivers, Wisconsin, the Hamilton Wood Type and Printing Museum is dedicated to the study, preservation, production and printing of wood type used in letterpress printing. The museum was originally located in the former Hamilton Manufacturing Company factory building but was moved in 2013 to the former Formrite Company building. The museum has a collection of more than 1.5 million pieces of wood type in more than 1,000 styles. The museum also includes the presses and vintage prints. The museum organizes a range of workshops and conferences throughout the year and welcomes students from universities from across the United States. The museum is run by the Two Rivers Historical Society.

Located on the banks of the East Twin River, near Two Rivers, Wisconsin, Rogers Street Fishing Village is a museum and heritage park with four historic buildings that feature exhibits on America's commercial fishing. Visitors can board the 1936 wooden fishing tug BUDDY O, visit the fishing sheds, watch the antique Kahlenberg Marine Oil Engine start up, listen to the whistles and horns. The highlight of the visit is climbing up to the 1886 Two Rivers' North Pier Lighthouse for a spectacular bird's eye view of the entire Fishing Village. A part of the museum is also the Great Lakes Coast Guard Exhibit SHIPWRECKS!, with artifacts rescued from the depths of Lake Michigan's most famous shipwrecks.

Woodland Dunes Nature Center and Preserve is a 1,500-acre area of hardwood and conifer forests, wetlands, and prairies between the towns of Two Rivers and Manitowoc, Wisconsin. There are about seven miles of hiking trails winding through verdant marshes, wooded ridges and lush meadows. Center’s 14 ridges and swales are home and a stopover to neo-tropical songbirds, Monarch butterflies, bats, amphibians, mammals and more than 400 plant species. Visitors can observe about 260 species of birds, including 36 species of warblers. There are environmental education programs year around for adults and youth. The center serves as an outdoor classroom for thousands of students in the region.

The Bernard Schwartz House, known as Still Bend, is a magnificent 3,000-square foot house in Two Rivers, Wisconsin, designed by Frank Lloyd Wright. The Life Magazine considered it Wright's "Dream House," and a unique example of a two-story Usonian house. Wright designed the house originally for Life in 1938. The house is believed to have the oldest in-floor heating system in the country. It is located on the East Twin River about a mile from Lake Michigan. When he wrote in Life Magazine about the house plan, Frank Lloyd Wright mentioned that it reflects the American family unique lifestyle, with its special private spaces, super conveniences and great style. The Schwartz House is one of the few Wright homes open to the public that allow guests to spend the night.

5.Spirit of the Rivers

© Spirit of the Rivers


Spirit of the Rivers is a majestic group of bronze sculptures placed on shore of the Lake Michigan, between Manitowoc and Two Rivers, Wisconsin. The monument celebrates the history and culture of the area’s earliest inhabitants and reminds us that native people lived on the lake shore for centuries before the timber was all cut to develop present cities. A group of portageur hold on their shoulders the birch bark canoe as a tribute to the first vessels to sail the lake waters and start the area’s rich maritime history. The statues, created by Richard Wallen, are over ten feet tall and weigh three tons.


Machut’s Supper Club is a family-owned and run restaurant founded in 1961 by Norman & Lorraine Machut. It started under the name Babe & Norm’s Bar, serving hamburgers and Mexican-style chili at the bar since there was no dining room. After remodeling in 1980, they started offering family-style roasted chicken, pork chops and fish. The enlarged bar could seat 75 patrons and the banquet room can seat up to 100 people. The dining room is unpretentious and homey, the portions are generous and the menu is extensive and focused on traditional American comfort food. There is a small wine list.

Located in the historic building in downtown Two Rivers, Wisconsin, Waverly Inn Pub & Pizzeria is a popular local pizza restaurant and bar known for the best thin crust pizzas in the area. What makes all the difference is their signature Waverly pizza sauce, premium toppings, and large portions. There is a fish fry on Friday, which is also a karaoke evening. Saturday is reserved for steaks – the choice is between tenderloin, New York strip, or rib eye. The dining room is spacious with exposed brick walls and high ceiling. There are plenty of TVs above the fully stocked bar and occasional live music. During the warm months, the guests can enjoy dining al fresco on the cozy patio.

7 Best Things to Do in Two Rivers, WI

9 Best Things to Do in Kohler, WI