17 Best Things to Do in Racine, WI 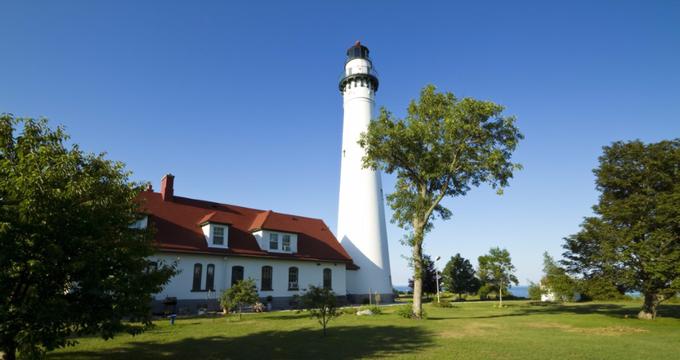 Racine is situated on the shores of Lake Michigan, 22 miles south of Milwaukee. It has a history of being a factory town. Case's heavy machinery, Johnson's chemical and cleaning products and Horlicks malted milk are global brands associated with the city. There are several buildings listed on the National Register of Historical Places and Frank Lloyd Wright's architectural work is well represented. Before the First World War, Danish, German and Czech immigrant communities were established in Racine. Arts, culture and environmental issues feature high on the city's list of priorities. In 2017, Racine was rated as the Most Affordable Place to Live in the world. 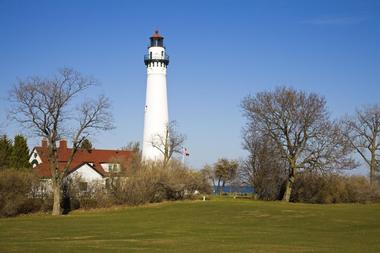 The lighthouse is in the village of Wind Point, north of Racine. It was built in 1880 and placed in the National Register of Historical Places 100 years later. It was initially built as a 108 foot tower, keeper's quarters and fog horn which was heard ten miles into Lake Michigan. In 1899, residences were added for two assistant keepers. The brick memorial path bears the names of all who worked on the lighthouse. In 1924, the light was electrified and in 1964 it was automated and the foghorn dismantled. The premises are open for tours on certain days of the year and the hall can be hired for private events. 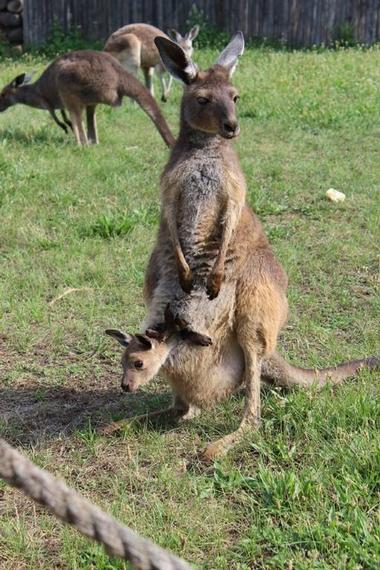 The Racine Zoo was started in 1923 when Jacob Stoffel donated a number of animals to the park board. Other animals were added and the Racine Zoological Society was formed. Today there are more than 100 species of amphibians, birds, mammals and reptiles. The zoo is visited by 125000 people per annum and has a membership program. Animals Depend On People Too (ADOPT) enables patrons to sponsor the upkeep of certain animals. Field trips are organized by the staff. Safaris and behind-the-scenes tours are offered on the premises. 'Wild' children's birthday parties can be held at the zoo or at home. 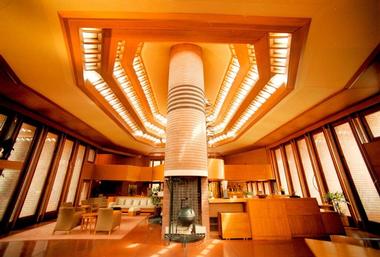 Wingspread is situated in 36 acres, on the shore of Lake Michigan. It was the home of Herbert Fisk Johnson who commissioned Frank Lloyd Wright to design the dwelling in 1939. It was constructed out of limestone, brick, tinted stucco and cypress. The notable features are the 30 foot high chimney, crow's nest and the many windows and skylights. The building was donated to the Johnson Foundation as a conference center in 1961 and declared a National Historical Landmark in 1990. The 40-roomed, Sam and Gene Johnson Guest House was added in 2001. The premises are for hire to the public. 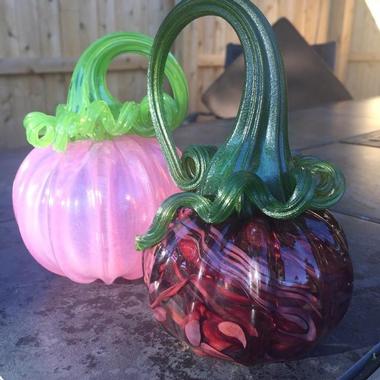 Racine has a history of glass blowing. The Prairie School established a hot glass shop as part of its art department in 1969. In 2005, a growing community of glass blowing artists collaborated to establish a glass blowing studio and gallery. Dilapidated stables in downtown Racine were restored for the purpose. Tours and instruction are available for groups and individuals. In two hours trainees can learn to make a paperweight or ornament. There are seasonal classes, such as making hearts for Valentines Day and pumpkins for Halloween. Studios are rented by the hour and the artists' work is for sale in the gallery. 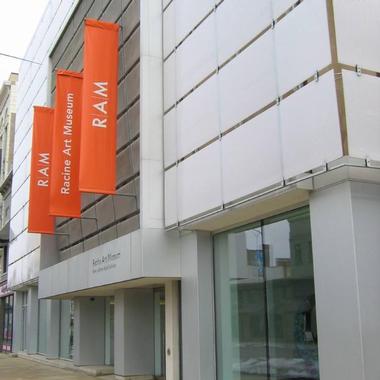 
In 1938, the widow of Charles A. Wustum bequeathed the family home to the city for an art museum. The 12 acre property on the edge of town was across the street from the Horlicks factory. The first exhibit opened with 96 paintings by Wisconsin artists. This was augmented by 294 woven articles from the New Deal's Work Progress Administration (WPA). Today it houses 9500 articles, the largest and most significant craft collection in Northern America. The museum has moved to an 1874 bank building, tripling the area available for display. The original museum has been upgraded and is being used as an education center. 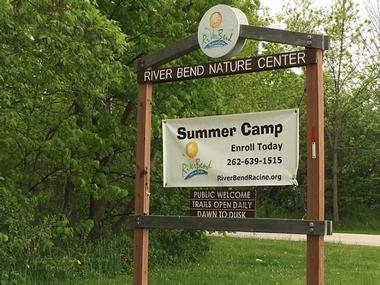 
The center was established with the mandate to protect the River Bend, an area unsuitable for agriculture but ideal for outdoor recreation and environmental education. For almost 50 years the 78 acre center was run by the YWCA. It was sold to Racine County and the work continued. Thousands of children and their families have enjoyed learning and making memories there. There are ponds, river frontage, woodlands and hiking trails to explore. The buildings can be hired for meetings and team building. Equipment for canoeing and kayaking are for hire. Kayaking, woodwork and archery classes are offered. 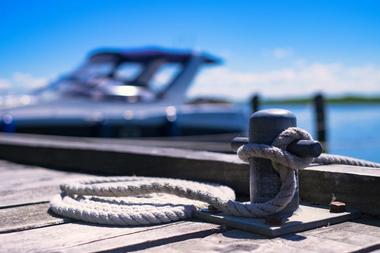 The Marina is owned by Racine County and managed by F3 Marina, a leader in their field. It is a safe harbor, with gated access and security guards. There are 921 slips and two permanent piers. Electricity, water and WiFi are included in the slip fee. A restaurant, store, laundry and fueling station are situated on the premises. There are two heated pools, a picnic area and a fish cleaning area. The marina is close to historic downtown Racine where restaurants, shops, museums and galleries are to be found. The marina is open from Memorial Day to Labor Day. 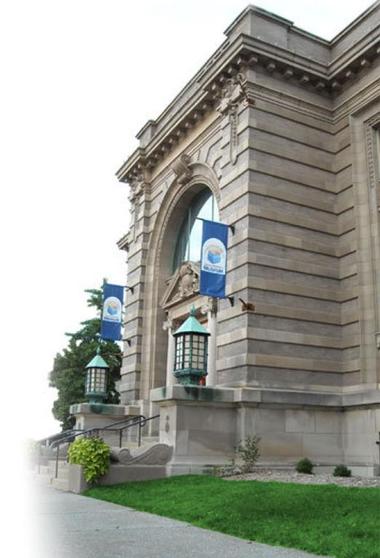 The historical museum building was once a Carnegie Library. It is a two-story Beaux Arts style / Renaissance Revival building made out of Bedford limestone. In 1962 the Racine County Museum was formed and in 1982 merged with the Historical Society. It has a large archival collection and several permanent collections. These include material about the factories that started in Racine, such as Johnson Wax and Horlicks; the Underground Railway and the Abolitionist movement; the role of the harbor; and Frank Lloyd Wright in Racine. Tribute is also paid to Laurel Clark who died on the Columbia shuttle. 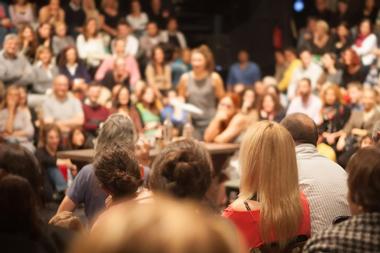 The Racine Theatre Guild was established in 1938 by 26 people and $13. Through the tireless work of volunteers and a small professional staff, the theatre became the first in Wisconsin to own its own building. Productions have toured in Europe and Japan. The guild has participated in international theatre festivals and hosted its own. There are annual children's theatre, jazz, comedy and concert programs. The education program includes classes, outreaches and field trips to theatres in Chicago and New York. There are regular auditions, appeals for volunteers and membership drives. 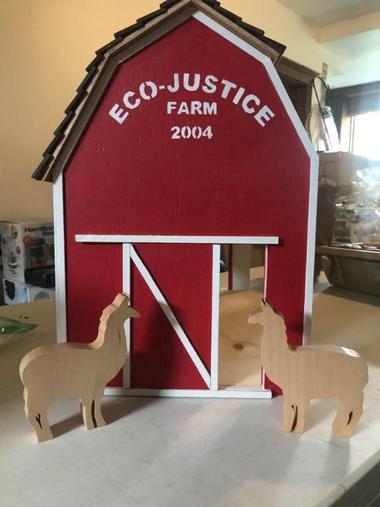 This environmental education center was started by Racine Dominicans in 2004. They bought 15 acres of land with a 1912 farmhouse on it. Several alterations were undertaken to make outbuildings functional, and a greenhouse, education center and retreat were added. The Youth Farm Corps works on the farm in summer, raising, preparing and selling crops and interacting with the farm animals. The center hosts spring and summer ecological camps, and organizes tours and field trips. There are regular community events such as farm-to-table dinners, trail runs and the annual fall festival. The farm is open 7 days a week. 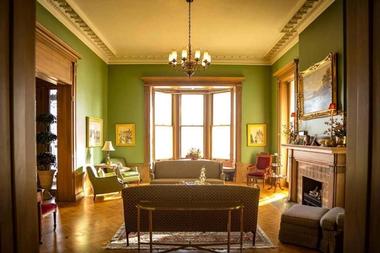 The Masonic Center in the Southside District of Racine is an Italianate Mansion built in 1857, by Henry S Durand, according to the fashion of the time. In 1899 it was purchased by the Otis Johnson family and in 1906, it was electrified. The mansion was acquired by the Masons in 1920. It was refurbished according to their requirements and completed in 1922. There are guided historical tours on request. The numerous function facilities are for hire. They have exotic names such as the Grand Ballroom, the Doric Hall, Egyptian Hall and Solomon's Oasis,which is a more intimate gathering space. 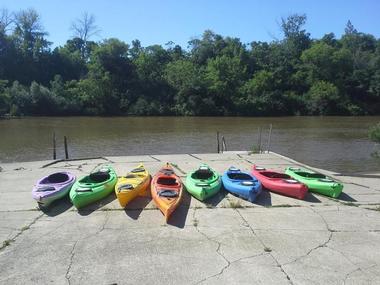 The center was founded in 2008 as a partnership between the University of Wisconsin and the City of Racine. The objective was stewardship of the Root River and its watershed area. Environmental workshops, summer camps and recreational activities are conducted by the center which is situated on the river. They also rent out canoes and kayaks. They are open to the public from 10 am to 4 pm on weekends, from Memorial Day to the end of September, weather permitting. Weekdays and evenings are reserved for group and private bookings, such as school, scouts and families. 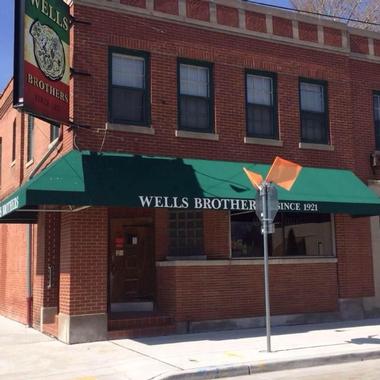 Brothers, James and Dominic Wells, started the restaurant in 1921 at the corner of Mead and 22nd Streets. The restaurant is still there. In 1944, their sons took over. The large dining area had three long, communal tables and plastic chairs. In 1967, two fires gutted the place and it was refurbished to its present look. From 1999 to 2016, the third generation of the family took over and now the fourth runs it. The same recipes are still being used for the Italian cuisine. Wells Brothers has been named Top Independent Business nationwide several times and their pizzas have been rated at number 6 in the country. 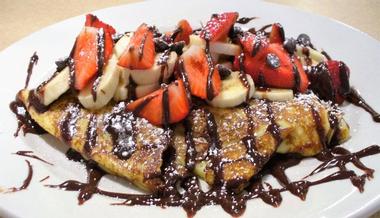 Meli is the Greek word for honey. The signature Loukoumades, small honey-glazed donut treats sprinkled with cinnamon, are available every morning for a limited time. The café specializes in pancakes, crepes and wraps. They also serve scramblers, skillets, burgers and Mexican food. The dessert menu includes a banana split, with strawberries, walnuts and fresh cream. For beverages, they serve ground coffee, freshly squeezed orange juice and a choice of smoothies. The restaurant is open for breakfast and lunch daily, from 6 am to 3 pm.

Places to eat near me, free points of interest, lakes near me, waterfalls, weekend getaways near me: Frankenmuth, Gettysburg, Weekend Getaways in the South, Big Sur, Hotels with private whirlpool in room near me, Romantic East Coast resorts 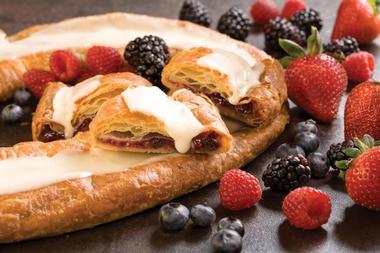 This bakery has been in the same family for four generations. In 1949 there was a large Danish population in Racine and Christian Olesen saw that they were not able to obtain traditional Danish pastries. So he opened a bakery. Their specialty 60 years later is still the kringle, a Danish pretzel which can be sweet, savory or filled. There are more than 20 flavors of kringles on the menu. The bakery also makes Danish crown cakes and layer cakes and Scandinavian breads. There are five outlets in the Racine area and the products are shipped nationwide.

16.The Ivanhoe Pub and Eatery 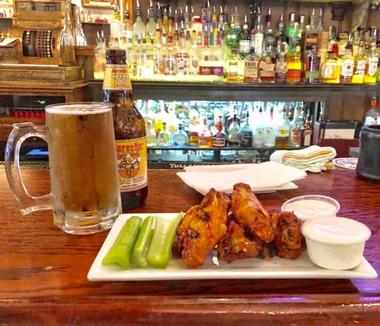 © The Ivanhoe Pub and Eatery

The Ivanhoe building has had a checkered history. It started in the hospitality industry in 1891 as a pub. In the late 1920s, Barney Richter, a prize fighter from sunny California, purchased the establishment and renovated it several times. Antique lamps from circa 1800 were given to him for the third grand opening of his restaurant. The present owner incorporated them into the décor when he restored the historic building in 2002. The 1910 piano leads to impromptu music evenings. There is a lunch and a dinner menu and the pub has 110 whiskeys to choose from.

You are reading "What to Do in Racine, WI this Weekend" Back to Top

Weekend getaways, top 10 things to do, places to visit near me:Things to Do in Milwaukee, Things to Do in Norfolk, Sioux Falls wedding, Solvang Wedding 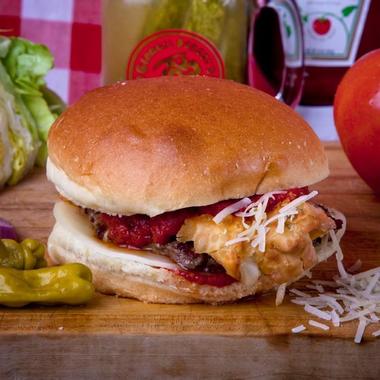 George Liapis opened his first restaurant selling sandwiches and frozen custard. There are now two outlets, in Mt Pleasant and Oak Creek, Racine. The menu has grown to include a range of burgers and several different desserts. The original custard is blitzed with a choice of 25 toppings. The three-day flavor forecast indicates the custard flavors that can be expected. The Mt Pleasant Treefort restaurant is built around a tree. Children are drawn to the treehouse dining and the play area.

17 Best Things to Do in Racine, WI