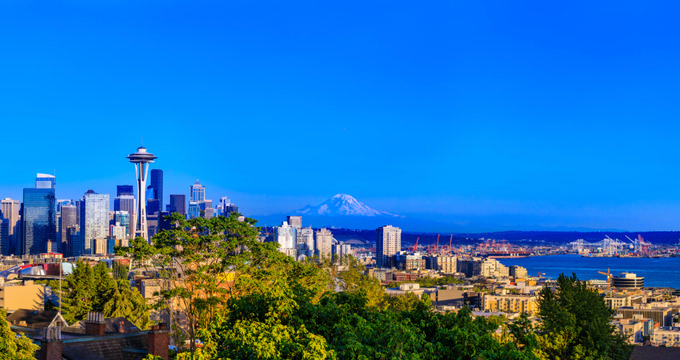 Washington State is the 18th largest state in terms of physical area and 13th largest in terms of population. It is the 25th most densely populated state, with an estimated population of 7.4 million. Washington State is situated in the Pacific Northwest region of America and covers an area of 71,362 square miles. The state was named after the first President of the United States, George Washington. 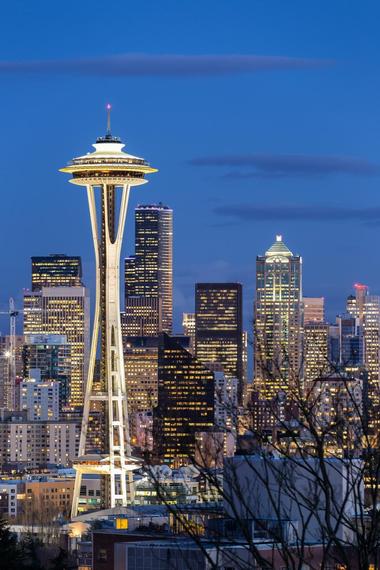 Washington has borders with Idaho, Oregon, and Canada, and is statistically one of the richest and most socially progressive states of America, well known for its lumber and manufacturing industries. The state capital of Washington is Olympia, but the largest city in the state is Seattle, with the Greater Seattle region being the biggest metropolitan area in Washington. Here are some additional details and overviews of the largest cities in Washington. 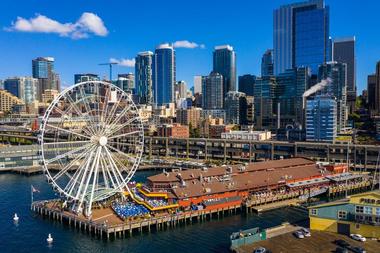 Situated in King County, of which it is the county seat, Seattle is by far the largest city in the state of Washington. This city is located in the central western part of the state and covers an area of 142.5 square miles. The estimated population of Seattle is 730,000. This city was incorporated in 1869 and was named after a Native American chief of the same name. Seattle is a major seaport city and one of the key cultural, commercial, and touristic locations for Washington State.

The city of Seattle has several high rise buildings, including the iconic Space Needle, and is located just 100 miles away from the United States-Canada border. Seattle is one of the fastest-growing major cities in America and is known for its celebrated musical and nightlife scene, being the birthplace of several major musical artists and bands like Nirvana and Jimi Hendrix. 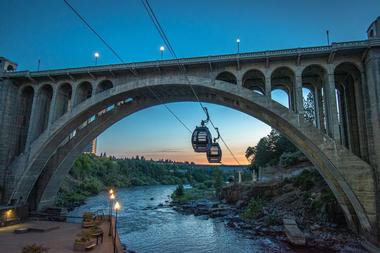 Located on the Spokane River in Spokane County, Spokane is the second largest city in Washington State and covers an area of 60.02 square miles. This city is situated in the eastern part of Washington, near the state border. It has an estimated population of 217,000. The city of Spokane was named after the Native American people of the same name, with 'Spokane' translating to 'Children of the sun' in English.

The city is known as 'Lilac City' due to a certain type of flower that grows nearby. Spokane is also known as the birthplace of Father's Day, which is now celebrated all around the United States. Some of the key landmarks in and around Spokane include Spokane Falls, Riverfront Park, and the Monroe Street Bridge. 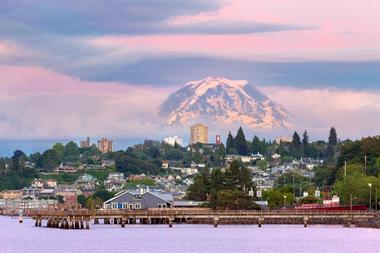 Located in Pierce County, of which it is the county seat, Tacoma is the third largest city in Washington. Situated on the Puget Sound in the central western part of the state, Tacoma covers an area of 62.34 square miles. The estimated population of Tacoma is 208,000, with over 3.7 million living in the surrounding metropolitan area.

This city was founded in 1875 and is consistently regarded as one of the best places to live in Washington State. Major renovations have occurred in Tacoma in recent years, especially in the downtown neighborhoods, and the city is only 30 miles outside of Seattle, so has close connections with Washington's biggest city. 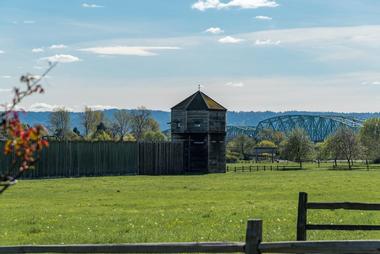 
Located in Clark County, of which it is the county seat, Vancouver is the fourth largest city in the state of Washington. This city is situated in the southwestern corner of the state on the Washington-Oregon border and covers an area of 49.86 square miles. The estimated population of Vancouver is 176,000.

Due to Vancouver's location near Oregon, it is actually classified as a suburb of Portland, Oregon's biggest city. This means that Vancouver is part of the Portland-Vancouver metropolitan area, which crosses over the border and is actually the 23rd largest metro area in the United States. The city was founded in 1825 and was originally constructed as a military fort. 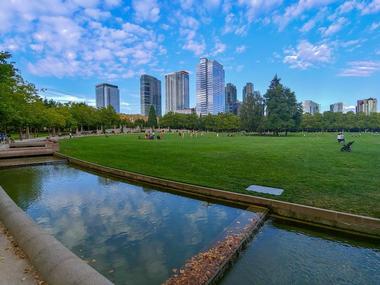 
Located in King County in the central western part of the state, Bellevue is the fifth biggest city in all of Washington State. This city covers an area of 36.47 square miles and has an estimated population of 144,000, with over 3.7 million people living in the surrounding Seattle metropolitan area.

Bellevue is located close to Seattle, on the opposite side of Lake Washington, and is considered a satellite city, with many of its residents commuting into Seattle for work each day. The city was settled back in 1869 and got its name from a French word meaning 'Beautiful view'.