11 Best Things to Do in Poulsbo, Washington 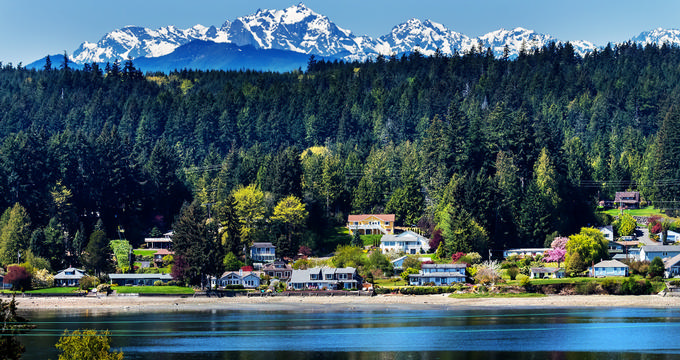 Poulsbo, known as Little Norway, is one of the most popular destinations in Washington on the Kitsap Peninsula of the Puget Sound. There are dozens of activities to do in Poulsbo including taking a walk through the Arts District to explore local art galleries, boutiques, and museums or have a relaxing bite to eat at one of the many waterfront restaurants. 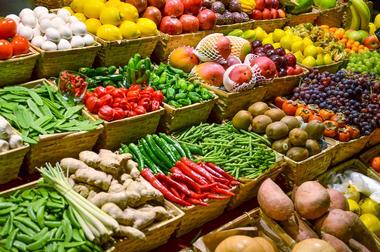 Central Market is the largest store in the Town & Country family and one of three Central Markets. The grocery store features fresh, quality food, with more variety than your neighborhood grocery store. The Poulsbo Central Market is 69,000 square feet and touts itself as a destination food store with shoppers coming from all over the state. The building was the first significant commercial building in Washington state to build using recycled materials. Shoppers can also dine on the mezzanine or outdoor deck on the second floor.

-- You are reading "11 Best Things to Do in Poulsbo, Washington" Back to Top 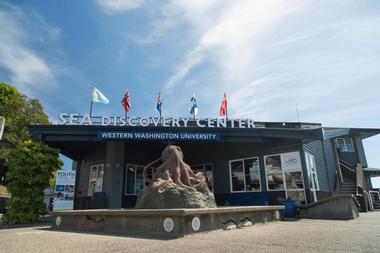 Built by the community to serve the community, the SEA Discovery Center first opened its doors to the public in the 1960s at its original location in the Liberty Bay Arena. Even then, the center was already a strong advocate of marine protection and stewardship and regularly shared its knowledge and conservation efforts with the Kitsap community’s public and school districts. The center relocated to its present location in the 1990s, and while much has changed, its mission still stays the same. Today, the SEA Discovery Center’s aquarium is celebrated for its diverse aquarium and conservation practices and is managed by Western Washington University.

-- You are reading "11 Best Things to Do in Poulsbo, Washington" Back to Top

Romantics love taking a trip to Kitsap Memorial State Park, a favorite wedding spot on Hood Canal in Washington State. There are four cabins located on site that can be used for lodgings for wedding preparations. Camping and RV sites are also available which makes Kitsap Memorial State Park perfect for destination rustic weddings. There are several spots to fish in the 62-acre park where visitors can see unobstructed views of the Olympic Mountains. 1.5 miles of hiking trails and water activities, including oyster harvesting, clamming, and crabbing can be enjoyed as well.

, OH -- You are reading "11 Best Things to Do in Poulsbo, Washington" Back to Top

Sawdust Hill Alpaca Farm is a 15-acre farm whose herds of alpacas and llamas is growing quickly. Daily barn feeding tours are available, and full farm tours are available on reservation. Sawdust Hill Alpaca Farm also has an onsite farm store with handmade items, books, clothing, and gifts for the entire family. Guests can visit the Farm Store without paying admission for a tour. The farm is open year round.

-- You are reading "Fun Things to Do in Poulsbo, Washington this Weekend with Friends" Back to Top 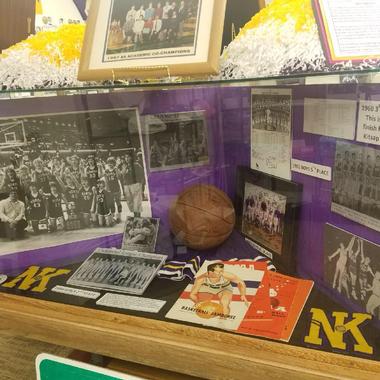 -- You are reading "What to Do in Poulsbo, Washington this Weekend" Back to Top


Pho T&N is a popular Vietnamese Restaurant that is family owned and operated. The restaurant opened in 2005 and features several different types of Pho, including Oxtail and Short Rib Pho, Vietnamese style sandwiches, Noodle Soups, Noodle Bowls, curries, and several vegans and rice dishes. Visitors also enjoy the bubble tea with over 25 flavors to choose from. Beer and wine are also available. Try a tasting dinner to try several small plates and take a tour of Vietnamese flavors through food.

-- You are reading "Top Romantic Tourist Attractions in Poulsbo, Washington" Back to Top

Kachai Thai Kitchen is a family own Thai restaurant that blends fresh local ingredients with bold Thai flavors to create dishes that are upscale and elegant. The restaurant began in 1992 with San and Lani Tran who operated the restaurant with the help of their nine children. The Bainbridge Island restaurant is famous in the Northwest for its exotic fusion of Thai and Vietnamese dishes. The current chef, Bihn Tu Tran, is the son of San and Lani and has worked with renowned chefs in the Pacific Northwest. Kachai Thai Kitchen is open daily.

-- You are reading "What is There to Do with Kids in Poulsbo, Washington" Back to Top

North of Poulsbo in a rural valley is Molly Ward Gardens. This picturesque, 5-acre garden is home to a restaurant inside of the restored barn and family home that is decorated with European antiques and found items. The fresh herbs and produce served in the restaurant are grown on site, and all organic gardens are a favorite venue for weddings, rehearsal dinners, showers, and holiday parties. The gardens are named after the Ward family dog—Molly, and the restaurant serves lunch, dinner, and a Sunday brunch. Reservations are recommended.

The Coffee Oasis Café is a faith-based nonprofit that offers community programs for homeless youth that are funded by their sustainable coffee businesses. The cafes all serve coffee that comes from direct-trade beans and several artisan blends. Iverson Café is located in Poulsbo, but there are three more locations in Washington. Iverson café is open Monday through Saturday and provides delivery. The food menu consists of paninis, sandwiches, breakfast items, wraps, soups, and salads at affordable prices. Seasonal specials are also available.

, Michigan beaches -- "Best Things to Do in Poulsbo, Washington for Locals & Tourists - Restaurants, Hotels" Back to Top 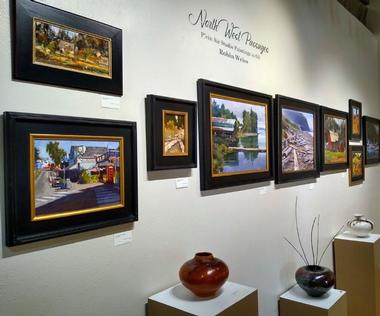 With a commitment to supporting established and emerging artists alike, the Front Street Gallery displays an eclectic collection of art from mixed media sculptures to classical paintings. It is currently the home of 29 esteemed local artists who release new works and host regular exhibits for the enjoyment of Poulsbo’s art community. Collectors and art enthusiasts are sure to find something that suits their fancy at the Front Street Gallery, which has been featured in West Sound Magazine for their superbly curated collections, and their eye for new, up and coming talent.

-- "New cool stuff to do in Poulsbo, Washington" Back to Top or Romantic Getaways 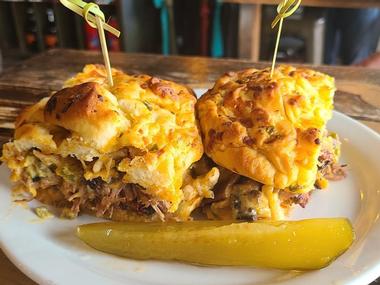 Founded in 2010, the Slippery Big Brewery recognizes that they are farmers first before they are brewmasters. As such, each of their craft beers reflects that identity through their dedication to sourcing ingredients locally. Slippery Pig utilizes Washington barley and replaces imported hops with crops grown on their own family farm as much as possible. The Slippery Pig Brewery features seasonal and year-round offerings on tap, all of which can be sampled at their cozy and warm taproom. Taste unique brews like their Stinging Nettle Mild, the Baldur’s Blonde, and the Technoviking Elixir. Other brews to sample include the Kingman Red, Bollocks Rye Pale Ale, and the Rhubarb IPA.

11 Best Things to Do in Poulsbo, Washington

You are reading "11 Best Things to Do in Poulsbo, Washington " Back to Top

25 Best Things to Do in Friday Harbor, Washington