15 Best Things to Do in Petersburg, Virginia 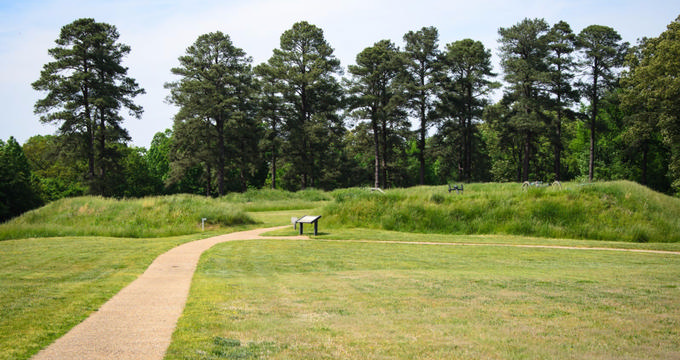 The history of Petersburg, Virginia, is about as long as the history of the United States. Settled by English colonialists in the 17th century, the land was patented in 1635, and Fort Henry was established by 1646. Petersburg was involved in key battles during the Revolutionary War and Civil War. The city’s historic black churches were also instrumental in the civil rights movement. Petersburg continues to grow and evolve with a thriving downtown area with a local restaurant, galleries, coffee shops, bars, and museums.

Pamplin Historical Park was created to preserve a tract of land that included several Civil War earthworks that were incredibly well preserved. The fortifications were constructed by the troops led by General Robert E. Lee, and the property is the site of where Petersburg was seized by the Union troops. Today, Pamplin Historical Park is a 424-acre campus where visitors can feel transported back to the antebellum south by exploring Civil War era homes and National landmarks and museums.

-- You are reading "15 Best Things to Do in Petersburg, Virginia" Back to Top

Visitors to Petersburg have the pleasure of being able to tour the oldest structure in the city, Blandford Church. Resting on top of Well’s Hill, the church was built in 1736 and served as a telegraph station during the Civil War after it was abandoned by the congregation in 1806. The City of Petersburg began restoration on the site in 1880 as a memorial to the 30,000 Confederate soldiers who were buried in mass graves at the Blandford Cemetery. In 1904, new stained glass windows were installed. The windows were each funded by different states in the Confederacy. The church property is used for Civil War reenactments, and a city museum is housed inside the church.

-- You are reading "15 Best Things to Do in Petersburg, Virginia" Back to Top 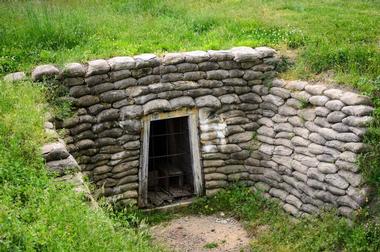 More than 140,000 visitors come to Petersburg National Battle Field Park every year. The National Park Service manages the park which is a historical site where remnants of the Siege of Petersburg can still be seen today. The massive park is divided up into four different areas—Eastern Front Visitor’s Center, Five Forks Battlefield, Poplar Grove National Cemetery, and City Point Unit. There are 18 miles of meticulously maintained trails for horses and hikers as well as many special events that are hosted in the park throughout the year. Visitors can also follow a driving tour that will span 33 miles and 13 different historic sites.

, OH -- You are reading "15 Best Things to Do in Petersburg, Virginia" Back to Top 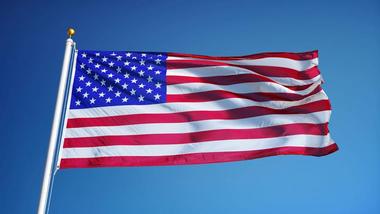 The National Museum of the Civil War Soldier is 25,000 square feet and features interpretive exhibits detailing the history of Petersburg and the Civil War. The museum is found in Pamplin Park and considered one of the finest Civil War Museums in the United States. There are four main exhibits, The Remembrance Wall, Duty Called Me Here, The Civil War Store, and The Pamplin Board Room. These exhibits are interactive and detail what it was like to be a Civil War soldier, the life of the Pamplin father and son whom the park is named for, and opportunities for descendants of Civil War soldiers to honor their ancestors.

-- You are reading "Fun Things to Do in Petersburg, Virginia this Weekend with Friends" Back to Top


Centre Hill Mansion was built around 1820 by Robert Bolling IV and was considered the most stately house in Petersburg at the time. Bolling was captain of a militia unit during the Revolutionary War and grew wealthy through his tobacco farm operations. The mansion was passed down to Bolling’s son who renovated the mansion to a Greek Revival style, and in 1901 the home underwent significant restoration after being purchased by a Petersburg lawyer. Three U.S. presidents have visited the home which was deeded to the city of Petersburg in 1972 and was the location of filming for a Steven Spielberg film in 2011. Guided tours are offered every half hour during their weekend hours.

-- You are reading "What to Do in Petersburg, Virginia this Weekend" Back to Top


The Farmers Bank was the first bank in Virginia to have statewide connections in 1811. The next year, the bank loaned money to the United States government to help finance the war with England. The current location is the third iteration of the bank and the oldest still standing. The first location is unknown and the second burned down in a city-wide fire in 1815. The Federal-Style bank is three stories, with the kitchen alone being two stories and rebuilt in the 1980s using the foundation from the original building. The bank has been open for tours since the 1970s.

-- You are reading "Top Romantic Tourist Attractions in Petersburg, Virginia" Back to Top 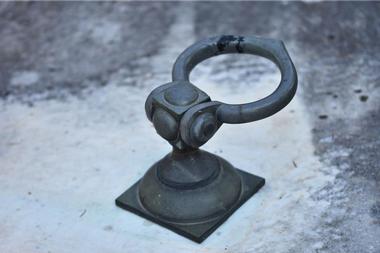 Colonel James Moore established Poplar Grove National Cemetery in 1866 when chose this tract of land which had once been the campground for engineers who constructed a gothic style church called Poplar Grove during the Civil War. 5,000 Union soldiers were buried in the cemetery after their bodies were recovered from their battlefield graves. The National Park Service manages the cemetery, and the cemetery is open daily to visitors although no more burials take place.

-- You are reading "What is There to Do with Kids in Petersburg, Virginia" Back to Top

The Exchange is a historic building in Petersburg that was constructed in 1841 to be used as a market hall. The Greek-Revival style hall is one of the least altered structures from the 19th century in the state of Virginia and in 1971 was named a National Historic Landmark. The two-story hall features a Doric order Portico, a large circular domed room in the center, and once held grand public auctions. The building is now home to the Siege Museum which educates visitors on the Siege of Petersburg.

Lee’s Retreat is one of Virginia Civil War Trails that guides visitors through more than 70 Civil War sites in Southern Virginia. Lee’s Retreat trail includes 26 of these sites between Petersburg and Appomattox including Sailor’s Creek Battlefield State Park, Pamplin Historical Park where The National Museum of the Civil War Soldier is located. This interactive trail is self-guided using a map with nearly all stops, including interactive or interpretive exhibits that highlight the history of the Civil War and the war strategy of Commander Robert E. Lee.

, Michigan beaches -- "Best Things to Do in Petersburg, Virginia for Locals & Tourists - Restaurants, Hotels" Back to Top

The White Oak Road Battlefield is a Civil War battlefield site also known as The Battle of Hatcher’s Run and several other names which occurred in 1865. The Civil War Trust acquired 903 acres of the site to be preserved in 1989 and a walking trail guides visitors less than 1 mile around the remnants of the Confederate earthworks still on site and two gun emplacements that have remained in pristine condition.

The Brickhouse Run is modeled after the British Public House tradition and features two rooms which make up The Public Bar, and The Dining Room also called The Lounge Bar. The restaurant has no televisions and instead relies on good company, pleasant conversation, and excellent food and drink options. The buildings were Brickhouse Run is located were built in 1816 and evidence of the original construction is said to be visible in a wall at the restaurant. The space was empty from 1924-2000, but was opened as a Public Bar in 2000 and had been thriving since.

-- "New cool stuff to do in Petersburg, Virginia" Back to Top or Romantic Getaways

Traditional, Southern soul food comprises the signature menu at Croaker’s Spot. The spot began as a late-night bar for the jazz artists and musicians during the Harlem Renaissance. Mr. Croaker, a famous jazz artist and his friends were frequent visitors to the Spot, and soon the hangout joint became a restaurant offering late night food in Harlem. Patrons of Croaker’s will enjoy live music seasonally and the paintings of S. Ross Browne. The restaurant also offers catering. 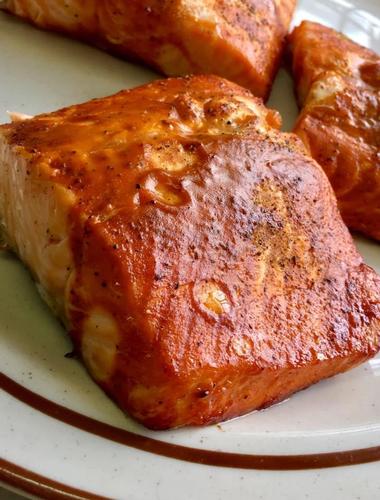 King’s Famous Barbeque is a family owned restaurant serving home cooked southern barbeque in a casual, full-service restaurant. The pit-smoked barbeque at King’s is known all over southern Virginia for its rich flavor made from recipes passed down over three generations. This style of barbeque dates back to colonial times, and King’s specializes in three types of meat—chicken, beef, and pork. Homemade pies are made daily from scratch alongside other traditional southern dishes.

14.Things to Do in Petersburg, Virginia: Wabi Sabi 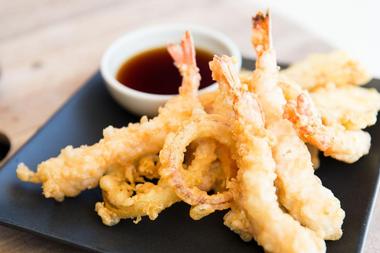 Wabi Sabi is a unique sushi bar owned by DJ Payne which has helped to revitalize downtown Petersburg. DJ Payne purchased the failing sushi bar in 2007 and renovated the restaurant for over nine years. The space now includes a Main Dining Room where reservations are needed to guarantee dining availability. The Martini Bar employs expert bartenders who can make just about any alcoholic beverage you can imagine. The basement level of Wabi Sabi is The Tavern, which is a lively bar. Wabi Sabi still has an impressive sushi bar but also serves burgers and sandwiches, and seafood dishes.


Free points of interest close to me: Beaches for Toddlers and Kids, Lafayette, Parker, Salida 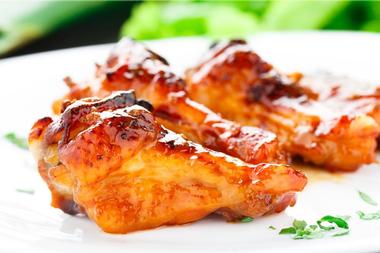 Traditionz had a humble beginning when it opened inside an 800 square foot building located in a parking lot in 2010. The wing and fish spot specialized in homemade wing sauces and a bigger space was soon needed. Traditionz is now located in the South Crater Square Shopping Center, and the 3,000 square foot restaurant serves their famous wings and other traditional southern cuisine. Live music, karaoke, dancing, and poetry slams are some of the favorite events that happen at Traditionz.

-- You are reading "15 Best Things to Do in Petersburg, Virginia" Back to Top or Amazing things to do around me

15 Best Things to Do in Petersburg, Virginia

You are reading "15 Best Things to Do in Petersburg, Virginia " Back to Top

5 Best Things to Do in Gordonsville, Virginia