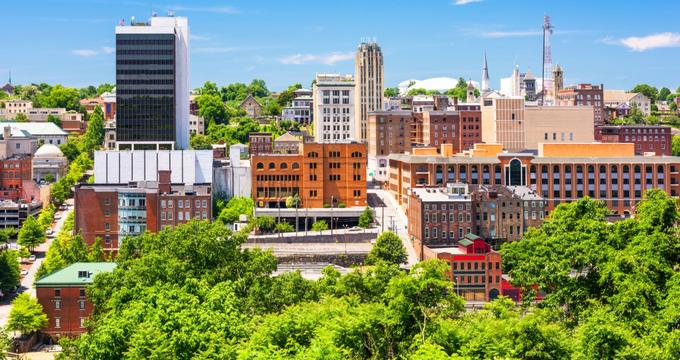 Offering beautiful views of the Blue Ridge and Appalachian Mountains, Lynchburg, VA is a small city that served as the official ending place of the Civil War. The city boasts an historic Old South atmosphere complete with historic buildings, and five of the city districts are on the National Register of Historic Districts. Other points of interest include the private retreat of Thomas Jefferson, an old hospital used to treat soldiers during the Civil War, and several fascinating museums. 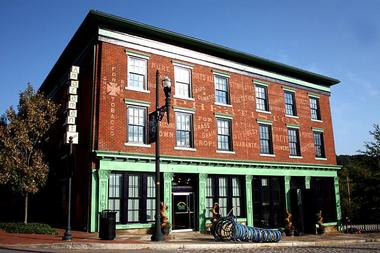 Offering four floors of interactive exhibits and educational workshops, Amazement Square is a museum dedicated to providing a place for people of all ages to learn about the world in a hands-on fashion. The exhibits cover everything from the arts and humanities to science and technology; visitors can paint on the walls, create a simulated rainstorm over the city, or learn about life on one of the farms in the area. Another major highlight of the museum is the Amazement Tower, a maze of ladders, slides, and tunnels that stretches through all four floors of the museum.

Encompassing approximately 300 acres of forest along Blackwater Creek, the Blackwater Creek Natural Area offers 8 miles of hiking and biking trails. The most popular trail is the 3-mile-long Blackwater Creek Trail, a paved trail that runs along an abandoned railway bed beside the creek and can be easily accessed right from downtown. A number of earthen trails extend off the main path, allowing hikers to better explore the forest and visit the historic Point of Honor home. Some sections of the trails are accessible to those with limited mobility, and maps can be obtained from the visitor information center. 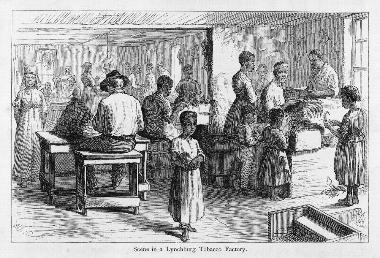 Established in 1995, the Legacy Museum of African American History is dedicated to collecting and preserving items that tell the story of the African American community in Lynchburg throughout the years. The museum offers a rotating series of exhibits covering topics such as life during the Civil War and the history of African American education in Virginia. The Legacy Activity Museum next to the museum provides children's programs, and special programs are offered to people of all ages during the summer months. The museum is typically open Wednesday through Sunday in the afternoons, but visits during other times can be arranged by appointment.

The third oldest farmer's market in the United States and conveniently located right downtown, the Lynchburg Community Market offers an excellent selection of local produce and arts and crafts made by artisans from the area. There is a variety of permanent stalls selling everything from breakfast and lunch to specialty gifts, and a full farmers market with produce takes place every Saturday. The permanent stalls in the market are open all year round on Tuesday through Saturday between 7am and 2pm, and a green market is held every Wednesday during the summer season between 10am and 2pm (please double check the hours before you go). 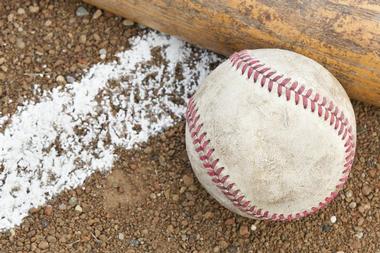 
The Lynchburg Hillcats Minor League Baseball call the Calvin Falwell Field home, and the field is a great place to head for some family-friendly summer entertainment. Games take place between the months of April and August, and season passes come with free parking and a discount in the souvenir store. Group ticket prices are available for groups of 20 people or more, and groups can purchase an all-you-can-eat picnic buffet package. There are also special skyboxes with outdoor balcony seating available to anyone who would like to watch the game in the lap of luxury.


Situated inside the Old Court House, the Lynchburg Museum provides an excellent introduction to the fascinating history of Lynchburg. The exhibits tell stories about the people and events that shaped the region over the past four centuries; highlights include a complete timeline of Lynchburg history between 1607 and 2007, a media program that introduces visitors to some of the city's most famous historical faces, and a display of art, furniture, and silver pieces that were made by local artisans. There is no fee for admission, and the museum is open every day of the week.

Originally built to honor those who lost their lives in World War I, Monument Terrace is now a city landmark that stretches along an entire block and commemorates veterans of the Civil War, the Spanish-American War, the campaigns in Vietnam, and several others. The monument's 139 steps and terraces lead up to the Old Courthouse, providing pedestrian access to the building that now houses the Lynchburg Museum. The city's iconic doughboy statue stands at the base of the stairs, and a number of other sculptures and small monuments line the steps all the way to the top. 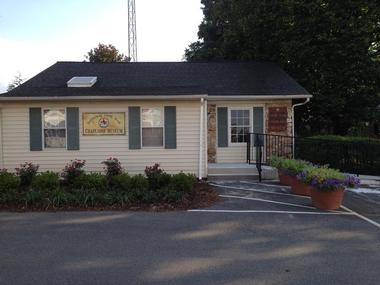 Found on the campus of Liberty University, the National Civil War Chaplains Museum was established to share the story of the role played by chaplains and other religious heads and organizations during the Civil War. Exhibits include religious artifacts and interpretive programs that discuss the importance religion held for soldiers during the war, and special tours and programs are offered all throughout the year. The museum is usually open every day of the week except for Sunday, but visitors coming from out of town are advised to call at least 24 hours in advance to ensure that it will be open. 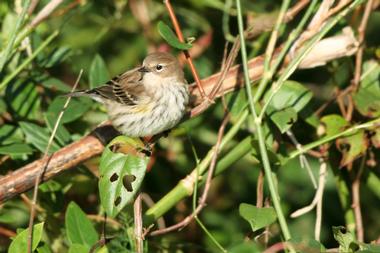 Percival's Island Natural Area serves as a refuge for plants and animals in downtown Lynchburg, and it's a great place to take a mid-day stroll or bike ride with excellent views of the James River. The island is approximately 1.5 miles long, and a paved, well-maintained trail runs along the length of the island through an old railway bed. It's not uncommon to spot wildlife along the trail, including herons and migrating birds. The James River can be accessed from several different points along the trail, and many people come here to fish and enjoy the water during the summer. 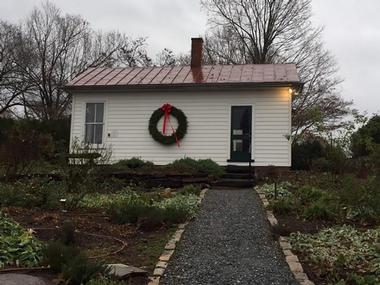 Formerly known as the House of Pestilence, the Pest House Medical Museum was the first hospital in Lynchburg. It served as a place of quarantine for people with infectious diseases in the 1840s and 1850s; most patients ended up buried in the graveyard that surrounds the building. Conditions in the hospital were improved by Dr. Terrell in the 1860s, and he went on to treat a good number of soldiers here during the Civil War. The Pest House can now be seen just as it was during this time period, and it still holds the doctor's operating table and many of his tools.

Overlooking the city and the Saint James River, Point of Honor is a majestic Federal-style home that dates back to the early 1800s. The building has been carefully restored to its original elegance; it boasts rich furnishings, a wonderful recreated hearth kitchen, and several interesting exhibits that cover topics like the medical practices of the doctor who formerly owned the home. Guided tours of the property are available on a first-come first-served basis every day of the week; tours last approximately 45 minutes, and groups of more than 10 people are kindly asked to make arrangements in advance.

Designed and built by Thomas Jefferson, Poplar Forest is a plantation and plantation home that served as Jefferson's private retreat when he was between the ages of 66 and 80. The site was declared a National Historic Landmark in 1971, and it's now a historic house museum that has been carefully restored to live up to Jefferson's original vision. The site hosts special events all throughout the year, including beer and wine tastings and musical performances, and tours of the house and property are available all year round. Groups are welcome, but groups of ten or more are required to make an advance reservation. 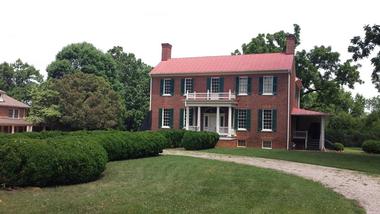 Constructed in 1808, the Sandusky House was one of the first homes in the area to be built using elements from the characteristic Federal style of architecture. The home formerly sat on a 1,200-acre plantation, and although the plantation has since undergone development, the home has been refurbished and decorated to be just as it was in 1864. Guided tours of the home and property are given on Saturdays and Sundays, and tours on other days are available upon request. In addition to touring the property, visitors can watch an Emmy-winning documentary about the battle of Lynchburg. 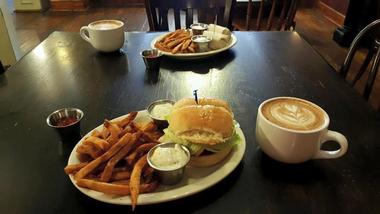 Serving up some of the best coffee in the state, the White Hart & Blackwater Coffee Co. is a cozy gathering place for locals and visitors alike. In addition to an excellent selection of specialty coffee drinks, the menu includes everything from decadent waffle boats to traditional pub burgers to buffalo-style wings. The company serves coffee they roast themselves in small, five-pound batches, and all the food is prepared with locally sourced ingredients whenever possible. The cafe prides itself on serving three meals a day every day of the week, including an all-day breakfast menu popular with locals.

Places to eat near me, free points of interest, lakes near me, waterfalls, weekend getaways near me: Beaches for Toddlers and Kids, San Juan, Lafayette, Parker, Salida 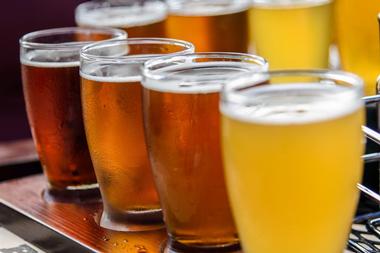 Located in the nearby town of Forest, Apocalypse Ale Works was the first brewery in the area since Thomas Jefferson brewed beer here in the 1800s. The brewery sells kegs of its beer to restaurants all over the state, and visitors can visit the on-site tasting room to sample the latest creations. Cans and bombers are available for sale as well, and food trucks sometimes make an appearance to sell food in the evenings. The brewery is open Wednesday through Sunday, and special events include trivia every Wednesday and the introduction of a new beer every Thursday evening.

15 Best Things to Do in Blacksburg, VA