7 Best Things to Do in Cape Charles, VA 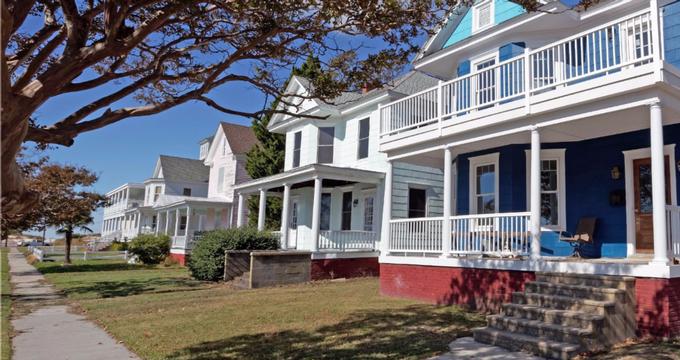 Cape Charles is a quaint town in Virginia located on the shores of the Chesapeake Bay. Much of the town is reminiscent of the Victorian period when the railroad helped this city grow. Unique B&B’s, cottages, boutique hotels and resorts surround the town, making a trip here a delight. There’s shopping in the downtown area, restaurants to dine at located on the waterfront, and Irish coffee and Russian tea houses to savor a hot or cold beverage. Cape Charles has a museum that recounts the towns local history, an Art Deco Theatre, and a mile-long town beach for swimming and soaking up the sun. 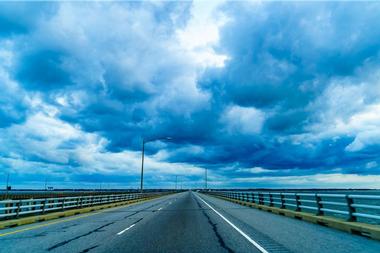 The Chesapeake Bay Bridge Tunnel allows vehicles to cross under or over the water between Southeastern Virginia and the Delmarva Peninsula. It also connects drivers to Maryland, Delaware, North Carolina, and D.C. After the Bridge-Tunnel opened in 1964, and received recognition as an “Engineering Wonder of the Modern World.” And ever since then, it’s received worldwide attention and notoriety for its modern engineering. The Chesapeake Bay Bridge Tunnel was funded solely from private investments, no state or federal money was contributed towards the project. In total, the Bridge-Tunnel measures 21 miles long, when including the tunnels, trestles, bridges, causeways and man-made islands. 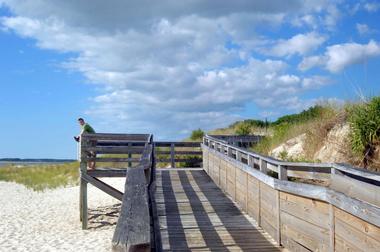 Kiptopeke State Park is a state park that was used as the northern terminal for the Little Creek-Cape Charles Ferry service from 1949 to 1964. When the Chesapeake Bay Bridge-Tunnel opened in 1964, the ferry service was no longer needed and this area became the Kiptopeke State Park. The park offers many recreational activities, including Yurts for rent, which are half tent, half cabin. Also, visitors can access the Chesapeake Bay shoreline and beaches to relax or explore migratory bird habitats. Finally, there are large cabins, RV and trailer spaces, tent camping, and fishing available for recreational fun. 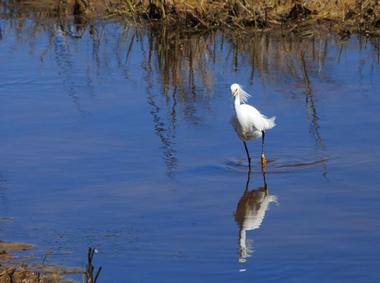 The National Wildlife Refuge in Cape Charles is a 1200-acre refuge that offers viewing access to many plant and animal species. Some of the landscapes include grasslands, salt marshes, loblolly pine forests, barrier islands, and freshwater ponds. Additionally, the refuge is home to around 300 bird species and over 80,000 raptors, similar to falcons, migrate here each fall. Visitors of the refuge can visit the Sunset Beach Resort that has a private beach and features a vista, meant for watching the sunset. Kayaks are a great way to explore wildlife in the area and can be rented near the resort. 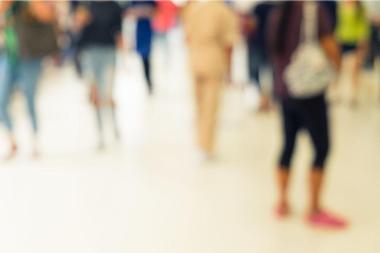 The Cape Charles Museum and Welcome Center is a not-for-profit that opened in 1996. It preserves and educates the public about the history of Cape Charles, the Eastern Shore and surrounding areas. Part of the museum’s mission is to build awareness of the cultural diversity of this town. Even more, they continue to protect and conserve historical artifacts, structures, and the oral history for future generations. Another part of the museums role in the community is to collect, organize, documents and archive historical materials. The Board Members host monthly board meetings that are open to the public. 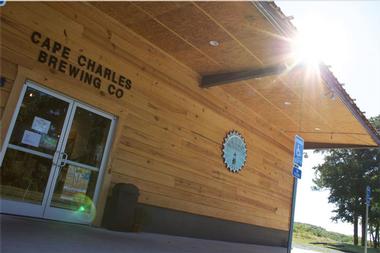 
Cape Charles Brewing Company is family owned and operated. Brothers, Mark and Chris Marshall, started the business with the help and support of their mother, Deborah Marshall. Because of their passion for home-brewing beer and fishing, it was only natural to open a brewery that serves fresh seafood. Daily, the family members can be found working in the restaurant or working behind the scenes. There are over 15 beers on tap that were barrel produced on site. Beers change regularly to keep up with the seasons and varying taste buds of customers. Their flagship brand, Barrier Islands, is on tap and also sold at local retail stores. 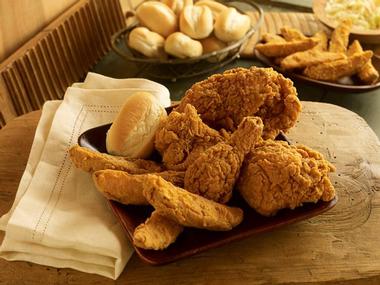 
Since 1959, Royal Farms motto has been ‘fresh food, served fast.’ Besides selling breakfast, lunch and dinner items, they also sells gasoline and diesel fuel. Customers have the option to dine-in at the seating area or take food to-go. One of the most popular meal items at Royal Farms is their ‘always fresh, never frozen’ chicken. Their chicken is lightly breaded and pressure-cooked without the use of trans fat oil. Also, they use Idaho potatoes to make their western fries, which are hand-cut and hand-breaded. Other beloved items include hot and cold subs, wraps, 100% Colombian coffee, natural juices, and breakfast sandwiches that are served all day. 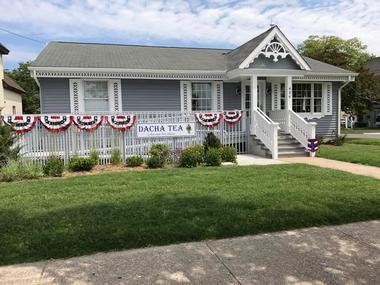 Dacha Tea House is inspired by Russian tea culture. Jone, the owner of Dacha Tea House had a strong interest in Russia since she was young. She learned about Russian dolls and their meaning from her mother. Then in 1976, she took a trip to the USSR. Jone loved her experience and admired the genuine hospitality from the Russian people. Years after her trip she opened this tea house in Cape Charles, where she uses the samovar to prepare and serve traditional Russian teas. Also, she sells Russian style food and desserts and caters private parties and events.

7 Best Things to Do in Cape Charles, VA

20 Best Things to Do in Leesburg, VA