10 Best Things to Do in Bedford, Virginia 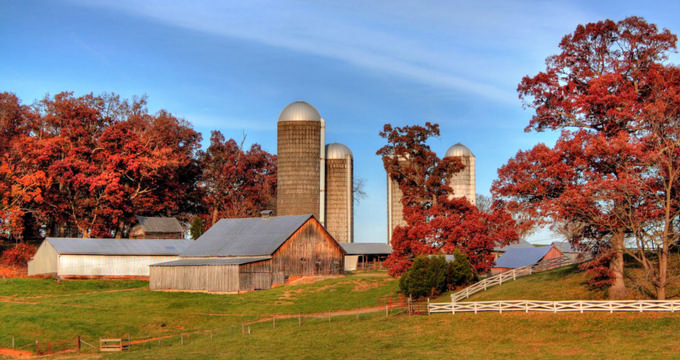 Bedford is a small, historic community in Virginia’s Shenandoah Valley. Located at the base of the Peaks of Otter in the Blue Ridge Mountains, the community of Bedford offers wineries, Appalachian Trail hikes, breathtaking views and a community of artists along the quaint 19th century Main Street. 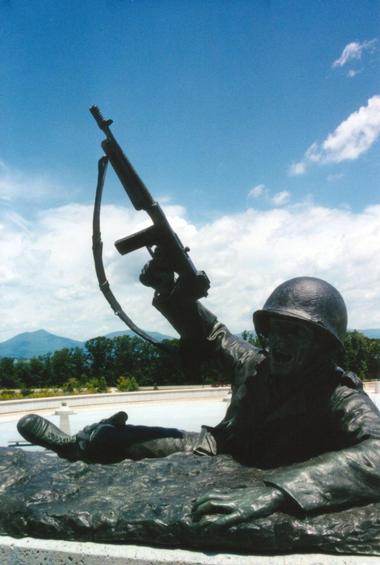 The National D-Day Memorial in Bedford, Virginia is a monument to those who died during the significant World War II battle on June 6, 1944. The 88-acre structure at the base of Virginia’s Blue Mountains includes a 44-foot tall arch embellished with the 12 flags of the Allied Forces, and the word “overlord,” the mission’s code name. The arch is surrounded by a reflecting pool and exhibits representative of the battle’s history, from preparation to execution. Bedford was home to 34 soldiers from the Virginia National Guard who fought in the D-Day battle. Known as the Bedford Boys, 23 of them died during the campaign. The memorial honors their memory through visits, tours, events and educational programs.

Bedford Virginia’s Main Street at the historic center of town offers retail shops and restaurants, entertainment, arts and culture. Historic Centertown Bedford lies at the base of the Peaks of Otter and the Blue Ridge Mountains. The historic district is managed by a non-profit foundation that assists with preservation of the 18th century town’s unique charm. The community holds an annual Centerfest event each September, an annual Christmas Parade and tree lighting ceremony, and a spring Cruise-In for classic cars. Weekly events include the Bedford Farmer’s Market, which offers local produce, meats and crafts sourced from local vendors. The artist’s cooperative Create Bedford hosts an artwalk along Main Street the second Friday of each month with crafting demonstrations, live music and food.

Bedford, Virginia’s brick plantation home, Historic Avenel, was built in the 1830’s and combines Federal and Greek revival style architecture for a classic, southern look. Currently managed by the non-profit Avenel Foundation, the national landmark home is open for tours and events. Originally built for William M. Burwell, the private secretary of Thomas Jefferson, the home has long been the center of Bedford’s social, political and cultural scene. The Avenel Foundation purchased the home in 1985 to preserve its history and significance.

Known as “America’s Sub Shop,” Blimpie dates back to 1964 when it was first opened by three friends from the state of New Jersey. The Blimpie name refers to the shape of the submarine sandwiches, which the friends felt deserved it’s own moniker for the size and shape of the bread. The Bedford, Virginia Blimpie location has been in operation as a neighborhood deli for over fifty years. In addition to subs, the location offers wraps, grilled paninis and salads.


The Bedford Columns is a historic home in Bedford, Virginia, built in 1848. The magnificently restored estate is now a wedding and event venue, with five extraordinarily appointed estate rooms available for overnight stays. Bedford Columns has been a school for boys, a Confederate hospital, a home for women and an assisted living facility and was recently transformed into a luxury wedding venue. The location combines modern amenities with an opulent nod to the 19th century history of the home. The grounds offer a ballroom, grand theater, private dining room and bridal suite surrounded by gardens and several outdoor patios.

-- You are reading "What to Do in Bedford, Virginia this Weekend" Back to Top


Johnson’s Orchard is a family operated farm at the base of Virginia’s Blue Ridge Mountain and the Peaks of Otter, the hill where the original apple orchard was located. The 200-acre farm is home to the Peaks of Otter winery, an apple and fruit orchard, several hiking trails with views of the Virginia countryside and a picnic pavilion graced by a 15-foot tall statue of Johnny Appleseed. Johnson’s Orchard provides tours and sells their 25 varieties of wine at an on-site store. The farm is available for weddings, events, and overnight stays in the original homestead. Johnson’s Orchard is notorious as the site of the Beale Treasure, about $20 million worth of gold that was allegedly buried there by Thomas Jefferson Beale in the 1800’s. The treasure has yet to be found.

Bedford, Virginia’s Liberty Station is a historic railroad station turned restaurant. The 19th century train station was built in the 1880’s and witnessed several cycles of boom and bust in the railway industry before finally ending passenger service in 1971. The site, which is on the National Register of Historic Places and located within Bedford’s historic Centertown, was opened as the Liberty Station restaurant in 2001. Liberty Station is home of Harry’s famous cheesecake. The beloved desert has been a popular item since 1985. Long before the restaurant opened, owner Harry Leist was baking the cheesecake for his family and friends. It’s now available in a variety of flavors such as Oreo, Amaretto, Raspberry or Chocolate Swirl. Liberty Station is open daily for lunch and dinner.

8.Bower Center for the Arts 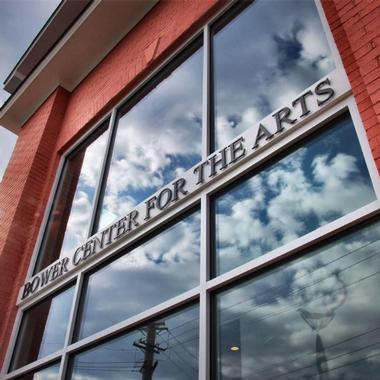 © Bower Center for the Arts

At the Bower Center of the Arts, there is a firm belief that art has the immense transformative potential not just for the artist, but for the community as a whole. The center lives out this belief by empowering residents and visitors to interact with each other and bridge social borders through participation in programs, intellectual discussions, and the development of talent through various mediums of art. The Bower Center of the Arts, as such, regularly hosts art classes that are open to the public, showcases exhibits from local artists and visiting artists alike, and are even home to the working studios of various local artists like Jane Barefoot Rochelle and Virginia Dickens. 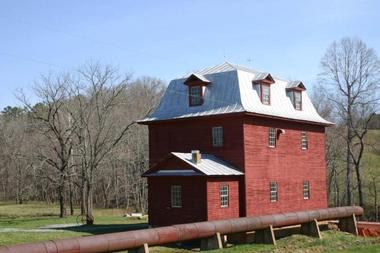 Dating back to 1785, there is no questioning the fact that the Big Otter Mill, also known as the Forbes Mill, is a unique and important part of Bedford's history and heritage. This mill has had a long history of owners beginning with Joseph Hardy Sr., a Revolutionary War vet who first built the building for grist and sawmills. Many owners later, it came under the property of Mr. Julius O. Kirby whose family later donated it to the county. Today it is owned by the Big Otter Mill Foundation which works hard to preserve Big Otter as a working mill. It is open to tours by appointment and regularly hosts special events for local vendors.

, Michigan beaches -- "Best Things to Do in Bedford, Virginia for Locals & Tourists - Restaurants, Hotels" Back to Top 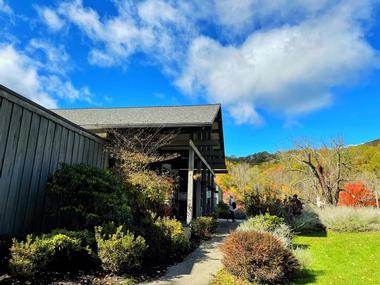 For over 8,000 years, settlers and travelers have come from near and far to see the Peaks of Otter. The first community to settle in the area arrived in 1766 when Thomas Wood traveled to the region from Pennsylvania. It was later in 1834 when one of the Wood Family's descendants would open the first lodge for visitors and allow them to explore the three beautiful mountain peaks within the Blue Ridge Mountains. The Peaks of Otter Lodge and Restaurant carries on this tradition of hospitality and is known for being the standard in Blue Ridge Mountain vacations. It is known for being one of America's Favorite Drives and is also a much sought-after hiking destination thanks to an exciting 300-plus-mile network of trails along the Appalachian crest.

10 Best Things to Do in Bedford, Virginia

Located in Bedford, Virginia, the National D-Day Memorial aims to preserve the legacy of the infamous D-Day and continue to share the lessons learned. Visitors can expect to find a wonderfully-preserved memorial, a variety of patriotic events, family-friendly educational programs, and even many ways to volunteer and get involved.

The memorial site was founded to memorialize one of the most epic battles and major turning point for the Allies in World War II. On the 6th of June in 1944, the United States invaded the French coast of Normandy in order to push German forces out of Europe. This battle was won and is marked as the day that the war was won, and the tyranny of the era was put to an end.

It is now known as “D-Day” and this monument was built in honor of those brave soldiers who dies fighting on that beach. Each year the monument receives approximately 60,000 visitors and is one of the most popular memorial sites in America.

The memorial stretches for more than 80 acres and at the center is a 44-foot tall arch named “Overlord”. There is a large reflecting pool which is surrounding by a large mass of soldiers which is meant to represent the gruesome, bloody beaches of Normandy.

The entire memorial takes visitors on a tour of World War II and engulfs them in one of the most important battles of American history. Visitors of all ages are sure to learn the lessons preserved by this memorial and gain an invaluable educational experience.

You are reading "10 Best Things to Do in Bedford, Virginia " Back to Top

10 Best Things to Do in Lorton, Virginia

12 Best Things to Do in Chesapeake, Virginia

25 Best Things to Do in Fredericksburg, Virginia

25 Fun Kid-Friendly Things to Do in West Virginia

15 Best Things to Do in Lexington, Virginia