10 Best Things to Do in Woodstock, Vermont 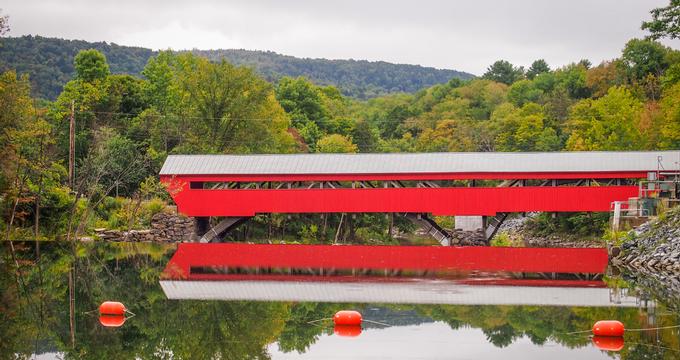 The small, picturesque, New England town of Woodstock is situated on the Eastern most border of Vermont with New Hampshire. James Sanderson was the first settler in 1768 and by the Revolutionary War, the population had reached 1600 people. Today Woodstock has just over 3,000 inhabitants, and retains its small town charm.

The most popular tourist attraction in the area is the Billings Farm and Museum. Visitors will find a number of inns and restaurants in Woodstock as well. The Village Green is the central square and a stroll around it reveals a number of Federal Style, Georgian and Greek revival homes.

The 270-acre Billings Farm was founded in 1871 by Frederick Billings as an example to farmers in the area of ideas of sustainability, prudent land use and efficiency. Billings brought George Aitken onto the operation in 1884 and as the farm grew to over 1000 acres, they imported sheep, hogs and cows from New Jersey. Within nine years Billings Farm marked it’s place in history when it won “Champion Heifer of the World” at the World’s Columbian Exposition in Chicago. Today Billings Farm is open to visitors. Families can visit a museum, barns with dairy cows, horses and sheep. Also on site is the original furnished farmhouse from 1890. The farm hosts annual activities and programs.

-- You are reading "10 Best Things to Do in Woodstock, Vermont" Back to Top

The Luce Family has been operating Sugarbush Farm for four generations in central Vermont. Today Betsy Luce and her family carry on the tradition of making and selling award winning cheeses, jams and four grades of Pure Vermont maple syrup. The Farm operates year round and autumn is the busiest season. Visitors to the farm can observe the various processes of cheese making as well as how the maple syrup is produced. Visitors may try different samples, browse the gift shop, explore the nature trails and pet some of the farm animals, including goats, baby cows, horses, rabbits and chickens.

-- You are reading "10 Best Things to Do in Woodstock, Vermont" Back to Top 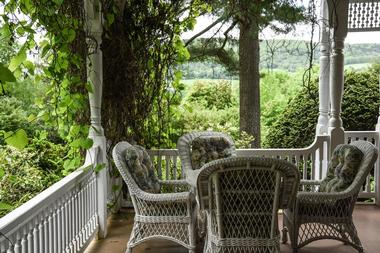 Marsh-Billings-Rockefeller National Historical Park lies Northwest of the village of Woodstock. Charles Marsh built his federal style home here in 1805. Railroad magnate, Frederick H Billings purchased the estate in 1869 and over the years updated the original house in the Queen Anne Victorian style. In 1992, Billing’s granddaughter, Mary French Rockefeller and her husband Lawrence Rockefeller donated the home to the people of the United States. Today it is on the National Register of Historic Places and is a National Historic Landmark as well. Visitors have access to over 600 acres of varied ecosystems within the park via various roads and hiking trails. There is also a visitor’s center as well as the original mansion and gardens. Tours are available for small and large groups, reservations are recommended.

, OH -- You are reading "10 Best Things to Do in Woodstock, Vermont" Back to Top

4.Things to Do in Woodstock, Vermont: Mount Tom

Mount Tom is located in the Northwest part of Woodstock. It’s peak measures at 1,357 feet from sea level. In addition to numerous trails to hike and explore, the town holds a variety of events throughout the year on Mount Tom. Among the different trail systems on Mount Tom, the most popular is the Faulkner Trail, constructed 75 years ago by Marianne Faulkner. The mountain is home to a large variety of plant and animal species including some rare species of reptiles. Frederick H Billings, the previous owner prior to the land becoming a park, planted numerous species of trees from around the world. Mount Tom is part of the Marsh-Billings-Rockefeller National Historical Park.

-- You are reading "Fun Things to Do in Woodstock, Vermont this Weekend with Friends" Back to Top

5.Things to Do in Woodstock, Vermont: Taftsville Covered Bridge


Spanning the Ottauquechee River, the Tafstville Covered Bridge is one of the oldest standing covered bridges in the United States. Its unique architecture is of an early craftsman style, possibly linked to early designs from Switzerland. The bridge was built in 1836 by a native to the area named Solomon Emmons III. His timber design held up for over a century until in was damaged by Hurricane Irene in 2011. After repairs took place, the bridge was once again opened in 2013. The Bridge was added to the National Register of Historic Places in 1973 and is located between Upper River Road and Woodstock Road in Woodstock VT.

-- You are reading "What to Do in Woodstock, Vermont this Weekend" Back to Top


The Ottauquechee River flows East from the town of Killington in the Green Mountain until it reaches the Connecticut River in the town of Hartland, 41 miles downstream. Along the way it plunges 165 feet through the Quechee Gorge just outside of the Quechee State Park. A bridge on U.S. Route 4 crosses the gorge and is an ideal location to get a glimpse of the geological marvel. The U.S. Corp of Army Engineers built a hydroelectric dam at the mouth of the Ottauqechee River and the result is North Hartland Lake. Fisherman frequent the river and lake for its Bass, Northern Pike and in the springtime, Trout.

-- You are reading "Top Romantic Tourist Attractions in Woodstock, Vermont" Back to Top

7.Things to Do in Woodstock, Vermont: Norman Williams Public Library

Situated on the Village Green of Woodstock is the Norman Williams Public Library. The pink sandstone building was built between 1883 and 1884 and is a testament to the history of Woodstock as an unusually literate village during the early 19th century. At the time the library was built, the town had five local newspapers, a medical college, several private academies, and reading circles were very popular. The library has since undergone a $5 million renovation that highlights the original architecture, while allowing for modern amenities. In addition to providing more than 50,000 reference materials, the library provides computers, printers, copiers and WiFi.

-- You are reading "What is There to Do with Kids in Woodstock, Vermont" Back to Top

8.Things to Do in Woodstock, Vermont: Cloudland Farm

Cloudland farm was established in 1808 by the Emmons family. They provided sheep, pigs and Jersey cows as well as eggs and apples to the town of Woodstock and surrounding residents. Today, the farm is still in the family operated by Bill and Kathy Emmons. The farm raises chickens, pigs, turkey, and Black Angus cattle in their pastures. Located on the premises is the Cloudland market where visitors can purchase pottery, pickles, various Vermont cheeses, teas, maple syrups, sodas and teas. Also available for purchase are Cloudland’s Angus beef steaks, sausages, and free range pork, all of which are raised on Cloudland Farm. Cloudland farm offers an authentic farm-to-table dinner made from a combination of ingredients from Cloudland and neighboring local farms.

The Daily Catch offers authentic Sicilian-Style dining with recipes that have been handed down over the generations. The restaurant is a true family affair. The owner’s, Paul and Maria Freddura, with the help of their seven sons, have two restaurants in the Boston area. They opened their third location in Woodstock in September of 2018. The Daily Catch specializes in multi generational Sicilian recipes using the freshest seafood found in New England. Items on the menu range from fried calamari and black linguine to Lobster Fra Diavolo, which consists of a one and one quarter pound lobster stuffed with mussels, calamari, shrimp and littleneck clams, in a spicy seafood tomato sauce on a bed of linguine.

, Michigan beaches -- "Best Things to Do in Woodstock, Vermont for Locals & Tourists - Restaurants, Hotels" Back to Top 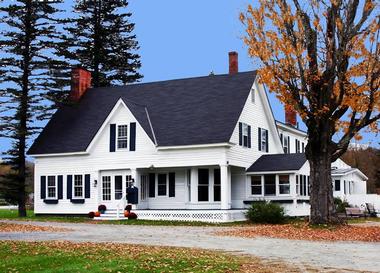 © The Lincoln Inn and Restaurant

The Lincoln Inn not only a Bed & Breakfast, but prides itself in being a culinary destination. The menu changes daily depending on which ingredients are freshest and available. The restaurant offers a seven and twelve course menu as well as a four-course prix fixe option, each paired with hand-selected wines. The 6-acre property is managed by Michelin-trained chef Jevgenija Saromova. Guests who wish to spend the night can choose from six rooms on the second story of the restaurant. Each of the rooms have views of the Vermont countryside. Lucky guests might get a glimpse of Lord Lincoln and Frankie the Duke of Woodstock, the Lincoln Inn’s beloved resident Whippets.

10 Best Things to Do in Woodstock, Vermont

You are reading "10 Best Things to Do in Woodstock, Vermont " Back to Top

25 Most Beautiful Mountains of Vermont

20 Best Things to Do in Burlington, Vermont