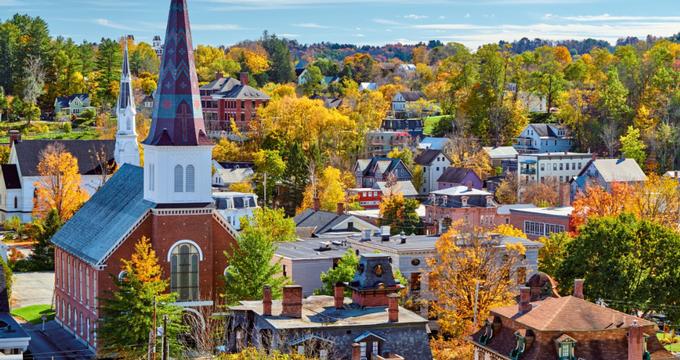 Montpelier is Vermont's charming capital city, home to beautiful historic state government buildings such as the 1859 Vermont State House, which showcases Greek Revival-style architecture and a spectacular gold dome topping. Visitors can explore delightful cultural attractions such as the Vermont History Museum, which showcases exhibits on the region's social and cultural history dating back to its indigenous and Revolutionary War days. Lovely Hubbard Park is home to a National Register of Historic Places-listed observation tower, which provides unparalleled views of the region's skyline. Visitors can also enjoy opportunities to try a plethora of authentic Vermont foodie favorites, including 100% pure maple syrup. 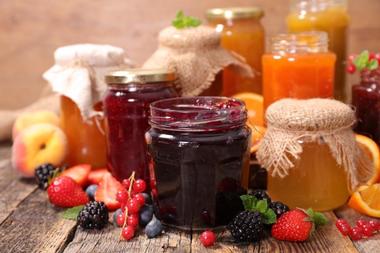 Bragg Farm Sugar House and Gift Shop is an award-winning maple syrup farm that has been in operation for more than eight generations, receiving major awards from national competitions such as the Vermont Maple Festival for its high-quality authentic maple syrup. All syrup is prepared according to traditional practices, using buckets and a wood-fired evaporator. Visitors can explore the farm's facilities and sugarhouse as part of guided tours throughout the year and view more than 2,000 traditional sap buckets used to create 100% pure maple syrup. A short educational documentary shown in the facility's gift shop highlights the process of creating maple syrup from scratch. In addition to syrups, a variety of local Vermont goods are sold at the gift shop, ranging from artisan pieces to Vermont specialty foods and cheeses. 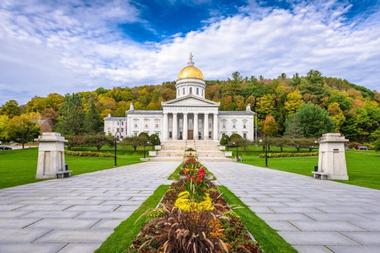 The Vermont State House serves as Vermont's state capitol building, home to the legislative bodies of the Vermont General Assembly. The lovely Greek Revival structure is the third State House building to stand on the same location, in operation since 1859 and anchoring today's Montpelier Historic District. Beautiful Neoclassical design elements flank the building's exterior, which was carefully restored to its historic condition in the 1980s. Inside, beautiful Renaissance Revival, American Empire, and Rococo Revival design elements take center stage, with many rooms restored to their 19th-century Aesthetic Movement decor style. Visitors can explore the building throughout the year and view unique architectural elements like the building's gilded dome, topped by a status of the Roman goddess of agriculture. An annual concert series is presented on the building's lawn, showcasing performances by the Vermont Symphony Orchestra. 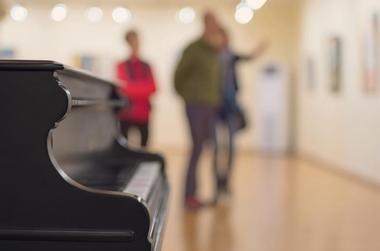 The Vermont Historical Society Museum showcases the rich cultural and social heritage of the New England state, operated as a nonprofit extension of the Vermont Historical Society. The museum strives to educate Vermont residents and tourists alike, showcasing exhibits detailing the state's history from the 17th century to the present day. Its core interactive Exhibit, Freedom and Unity: One Ideal, Many Stories outlines the state's chronological history, detailing its most important figures and events. A local history gallery is also highlight, featuring a variety of Vermont-related artifacts, including the historic document that admitted Vermont into the Union, signed by Thomas Jefferson. Revolutionary War artifacts are also showcased, along with items connected to the region's indigenous Abenaki people. The museum's beautiful Salute to Vermont mural, painted by artist Paul Sample, depicts three centuries of state history. 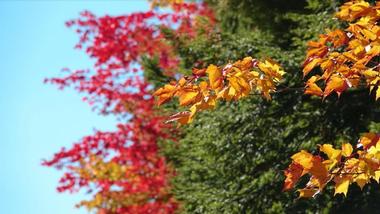 Hubbard Park is a charming 194-acre public park located just north of the Vermont State House, originally established at the turn of the 20th century after land donations by John Erastus Hubbard. The park is home to an iconic 54-foot observation tower that was constructed between 1915 and 1930, listed on the National Register of Historic Places in 1990. As the park's highest point, the tower offers a stunning view of the skyline of Vermont's capital city, with picnic tables and benches available for visitor use near its base. Seven miles of hiking and winter skiing trails are also offered, along with various public sporting courts, a sledding hill, and an historic shelter pavilion.


The Pavilion houses the primary offices of Vermont's state governor, along with the offices of the Vermont Attorney General and the Vermont State Treasurer. The building is a reconstruction of the 1876 regional hotel of the same name, which was colloquially referred to as Vermont's "third house" for its extensive intertwining with Vermont's political history, including its use as a housing facility for many of the state's legislators. Today, the building showcases gorgeous French Second Empire-style architecture and is home to some of the state's most iconic government spaces, including its press briefing room and governor's living apartments. The building is also home to the Vermont Historical Society Museum, which showcases a plethora of exhibits connected to the state's history and offers guided tours throughout the year. 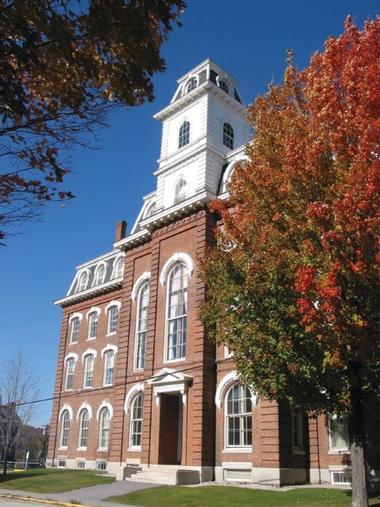 
Vermont College of Fine Arts is a prestigious graduate-level fine arts institution in Montpelier, offering a fully residential degree program and low-residency degrees for art students in a variety of media. It is housed within a gorgeous National Register of Historic Places-listed building constructed in 1872, which showcases a two-story chapel and an historic pipe organ dating back to the late 19th century. Students can earn degrees in writing, visual art, music composition, film, and graphic design, taking classes taught by Pulitzer Prize finalists, National Book Award winners, and Newbery Medal honorees. Hundreds of public special events are hosted at the facility throughout the year, including intensive conferences and symposia dedicated to a variety of arts-related topics. Visiting artist presentations are also offered, along with open gallery exhibits and an annual concert series. 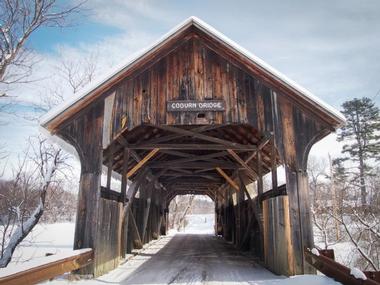 The Coburn Covered Bridge is an historic covered bridge stretching over the Winooski River, listed on the National Register of Historic Places since 1974. The 1840s-era bridge, which was originally constructed in 1851, spans across Coburn Road and is the only surviving 19th-century covered bridge in the Montpelier region. Though many covered bridges of its kind once popped up all over the state between 1820 and 1900, less than 100 remain in operating condition today, preserved according to Vermont law as historic structures. It stretches for 69.5 feet and is constructed in a queenpost construction style, featuring excellently-preserved wood trusses and newly-fortified steel beams and concrete elements. It is named in honor of area resident Larned Coburn, who donated the bridge to the town in exchange for changing the road's route to pass by his house. 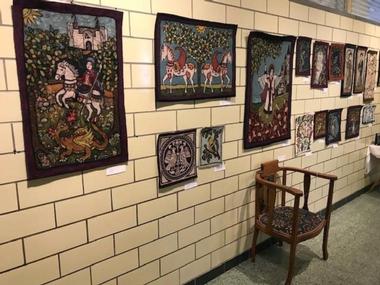 T.W. Wood Gallery and Arts Center preserves the artistic heritage of the Central Vermont region, highlighting the Montpelier area's top working artists in a variety of media. The gallery, which dates back to 1895, was originally deeded in honor of area artist Thomas Waterman Wood, its namesake. 42 lovely paintings by the artist formed the crux of the gallery's original collection, including watercolor paintings and etchings. Wood was known for his paintings of African American area residents, one of the first 19th-century artists to regularly depict former freed slaves as people with ordinary lives. In addition to gallery exhibits showcasing his works and career, visitors can view pieces held within the Works Progress Administration Artwork Gallery, which serves as the state's sole repository for Great Depression-era pieces, including social resistance artwork. Changing exhibits in the gallery's contemporary room rotate on a bimonthly basis. 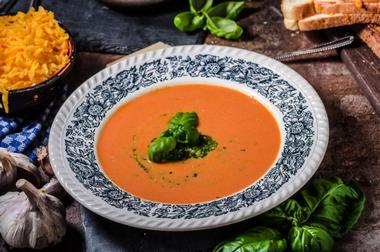 Kismet Kitchen was opened by restaurateur and chef Crystal Madeira in 2007, named after the common expression meaning fate or good karma. The lovely farm-to-table restaurant crafts all of its dishes by hand, focusing on transforming produce from nearby organic farms into warm, comforting entrees. Brunch and dinner are served up throughout the week from the restaurant's kitchen, showcasing elegant entree selections like butter-basted halibut with lemon confit and roasted tomato, bone-in pork chops prepared in smoked cider, and baked tortelloni stuffed with roasted pumpkin and sage cream. Menus reflect seasonally-available ingredients, highlighting heartier fare in the cooler months and light, vibrant concoctions during the spring and summer. 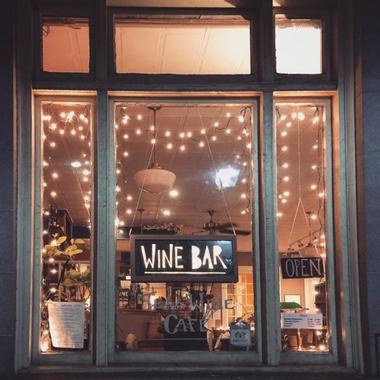 The North Branch Café is a delightful local foodie destination in Montpelier, opened in 2013 by restaurateurs Lauren, Wes, and Becky Parker. The cafe is known for its excellent tea and wine offerings, including more than 80 gourmet international loose-leaf tea selections available for service for one or two. The cafe's wine bar uses the innovative Enomatic service, which allows small glass pours of wine bottles and maintains perfect tasting temperatures. Delicious local Vermont food selections are showcased on the cafe's limited menu, including flatbread wraps with summer sausage and aged cheddar, spinach and onion knishes, and masala roll-ups from local food vendors Sweet Alchemy. Vermont cheeses are also served as part of cheese platters, along with pastries and sweets from Vermont bakers, including gluten-free options.